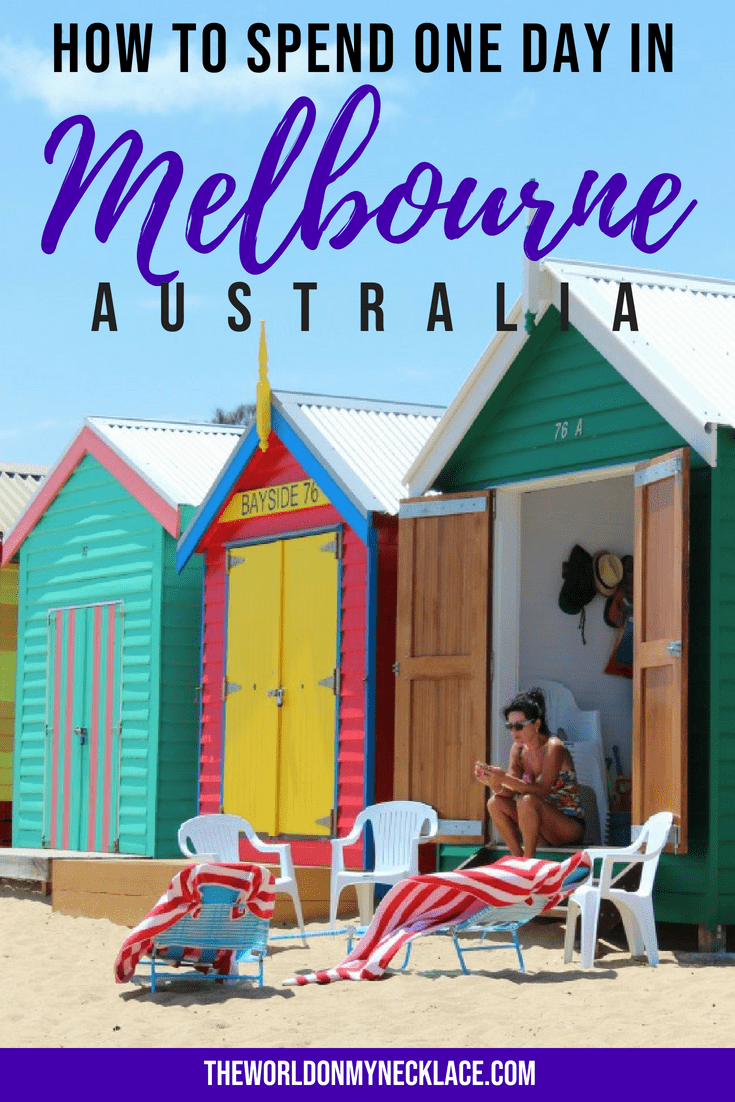 Like increasingly more things in my life, our 24 hours in Melbourne was driven by my desire to see kitties.

I haven’t been able to have one myself as I have been either living abroad or travelling over the last 11 years, which I think has made me a tad obsessive over every cute kitty I see.

I think the main reason I loved Turkey so much was because of the prevalence of well treated street cats that were happy to get a pat or a cuddle. Seriously, I think I have a problem.

I am obsessed with cats. I have even been called a crazy cat lady by friends and as I don’t actually own a cat, that has to be pretty telling right?

I had read somewhere that Melbourne had opened the first Cat Café in Australasia so ever since then I have been plotting my return to the culture capital of Australia. (Update 2021 – there are now numerous Cat Cafes in Australasia – what a wonderful world we live in!)

The opportunity for a revisit arose when we planned to spend Australia Day weekend driving the Great Ocean Road for three days with Melbourne based friends. Adding on 24 hours in Melbourne was a no-brainer.

Obviously, a day in Melbourne is not a lot of time – there are so many fun things to do in Melbourne that you could spend weeks here and not see or experience it all. But 24 hours is all I had to work with this time unfortunately.

Luckily I have spent some time in Melbourne before in 2009 and in early 2014 so as I have done all the touristy bits over those trips, so I wanted to focus on the things that make me really happy this time around: Markets, good food, great coffee, hiking and cats.

We hit all of those things during our short time in Melbourne. And Trav got to drink lots of beer so he was happy too.

The first thing I did (after booking a time slot at the Melbourne Cat Café, of course) was research where we were going to go to get our morning caffeine fix.

As Melbourne is consistently rated as one of the (if not the) best cities for coffee in the world, there was a lot of pressure to find the right Melbourne café to partake in the coffee imbibing culture. I would have been so disappointed if my only cup of coffee in Melbourne was a crap one.

Luckily we have a couple of discerning coffee addicted Melburnian friends who gave us a list of top spots – we were ready to spend an action-packed day out in Melbourne. How to Spend 24 hours in Melbourne

We ended up going with the highly-rated Seven Seeds Specialty Coffee, hidden away in the quiet streets of Carlton. I loved the industrial but homey space and friendly service but the coffee won out above all.

I had a perfected flat white that was velvety smooth and delicious. It wasn’t the best coffee in the world, but it was very, very good.

God I miss good coffee – Sydney is generally disappointing in that department. Patting all the Kitties at the Cat Café Melbourne

The main event of the day was the Cat Café Melbourne. More like a house full of cats that serves some small snacks and hot drinks rather than a cafe, the Cat Café requires you to book a one-hour reservation at $10 per person. It may seem steep but if you love cats as much as I do, it’s worth it.

We entered via the gift shop (where Trav bought me a cute blue kitty scarf) and signed a disclaimer before washing our hands and entering the floor upstairs where the cats were. There are eleven cats in total and their pictures and profiles were plastered around the walls.

Cats lounged around on elaborate cat castles made of carpeted platforms and small cubby holes. They lay on the floor, happy to be petted. There were wands with long feathers attached to drag in front of the cats to initiate play. It was some kind of heaven.

There were only about eight other people there as well as one staff member. The cat area was made up of three rooms, furnished with couches and coffee tables as well as the cat castles.

There was no smell of cat pee or litter boxes in sight; I imagine they were in the staff only room that cats could enter via cat door.

By the end of the hour, most of the cats had retreated into the staff only room, probably to get away from my maniacal attentions. The hour was up too fast and it was time to leave. I was tempted to grab one of the remaining cats that I hadn’t scared away and smuggle it out under my dress, but then I remembered that there were security cameras everywhere. Damn. Trav dragged me away by distracting me with the pretty cat scarf then we headed over the road to check out the historic Queen Victoria Market.

Officially opened in 1878 (that’s very old in these ‘New World’ parts), the Queen Vic Markets are a great place to head to buy fresh produce, gourmet foods, fresh fish and meat and other general merchandise. We browsed the general merchandise stalls and to be honest, most of the stuff was cheap crap, but I loved the food sections of the market. Fresh fruit is really cheap – Trav got a kilo of grapes for 80 cents! – and there is a massive range of delicious cheeses in the beautiful Art Deco Deli Hall.

We picked up a couple of their smelliest (i.e. best) cheeses for the road trip. There was also a Donut food truck! Needless to say, I was on that. Best donuts I have had since leaving North America. Hot, sugared, and with oozy jam in the middle. Full of donuts and free cheese samples, we wandered through the city and over to Melbourne’s fantastic Chinatown, one of the oldest in the Southern Hemisphere, for lunch.

I like the vibe of Melbourne’s CBD. It feels less seedy than George Street in Sydney and there are a lot of beautiful historic buildings. It reminds me a lot of Boston, one of my favorite North American cities. Along with amazing coffee, Melbourne is also known for its incredible dining scene, so I also did a little bit of research with friends about where we should go for lunch.

I have been madly obsessed with dumplings since coming back from Singapore a couple of weeks ago so we headed to HuTong Dumpling Bar on the recommendation of our friend Jolie.

Another fabulous find, we got the last table and it was only 12pm. Like usual, I made Trav share with me and we got Xiao Long Bao which is a definite favorite of mine, filled with pork mince and a fragrant soup that you slurp out (or tear the dumpling and spill all over the table if you are like me).

They were so good but the stars of the show were the dumplings in chili sauce. I was worried they would be too hot for me but they were perfect and the chili sauce was so flavorsome.

HuTong was definitely worth the hype and it was a bonus to be sitting at a table right by the glass window into the kitchen, where we could see them making the dumplings from scratch. So with the great coffee, good food, cats, and markets ticked off our list, it was time for the hiking part of the day.

Hiking the Coastal Path from Brighton Beach to St Kilda

We took the train out to Brighton Beach which is linked to the grungy suburb of St Kilda by a 7.5km seaside pathway that we planned to walk. Melbourne is all about the culture and is not known for its beaches for a reason: in a country that does beaches so well, Melbourne’s aren’t the nicest. They are still worth checking out but the water was very murky looking and there were lots of jellyfish and seaweed washed up on the beach.

An unusual sight was flocks of black swans swimming close to shore and eating what looked like seaweed. I don’t think I have ever seen swans in salt water before so that was interesting. The beaches may have been a tad disappointing but further along the trail at the Brighton beach bathing sheds, the walk was redeemed. The sheds are gloriously colorful and fun to photograph.

My favorite was the one with the famous ‘The Great Wave off Kanagawa’ painted on it. We sunbathed for a bit on Brighton Beach, exhausted from an early start and the hot sun, before finishing the rest of the walk and arriving in the seaside suburb of St Kilda. It was a pleasant walk all in all and I felt better for the exercise. Walking by the seaside always seems to revitalize me. In the future, I may even take out an e-bike in Melbourne instead, that way we could go further along the coast.

An Afternoon in St Kilda

In St Kilda crowds of people lay along the beach and on the grassy strip adjacent. After recharging with a fresh juice and cookie, we hit St Kilda’s streets. I love the shops in St Kilda with their alternative fashion, hippy jewelry and so many restaurants with cuisine from all around the world.

I mostly browsed but I did end up buying a new tragus earring for a lot cheaper than the place I go in Sydney. We finished our day with drinks in the beachside courtyard of Republica with friends while listening to live Latin music, before heading to Blue Corn Mexican for dinner.

I loved the outdoor covered courtyard and my fresh strawberry lemonade but was unfortunately underwhelmed by my blue eye fish tacos. (Update 2019: Blue Corn Mexican is no longer open – here are some other St Kilda dining suggestions.)

So apart from the mediocre tacos, we nearly managed one of those mythical ‘perfect’ days that we imagine that all of our travel days will be like but that rarely materialize in reality.

Melbourne: hold onto your kitties, I will be back!

How to Plan Your 24 Hours in Melbourne

Where to Stay in Melbourne

For a great budget option, stay at The Mansion Melbourne which is centrally located, has a big courtyard with sun loungers and a ping pong table, and offers dorms and private rooms.

If you like serviced apartments, then the Tyrian Serviced Apartments in Fitzroy is a great choice, and they come with a sitting area, balcony, and kitchenette.

For luxury go for the newly built Shadow Play by Peppers which offers sleek modern one and two-bedroom apartments, a rooftop pool, and an onsite cocktail bar and restaurant.

The Best Travel Insurance for Your Melbourne Trip

Make sure you get travel and health insurance before your trip, just to be on the safe side. Safety Wing is my go-to and they are cheap and easy to claim with. 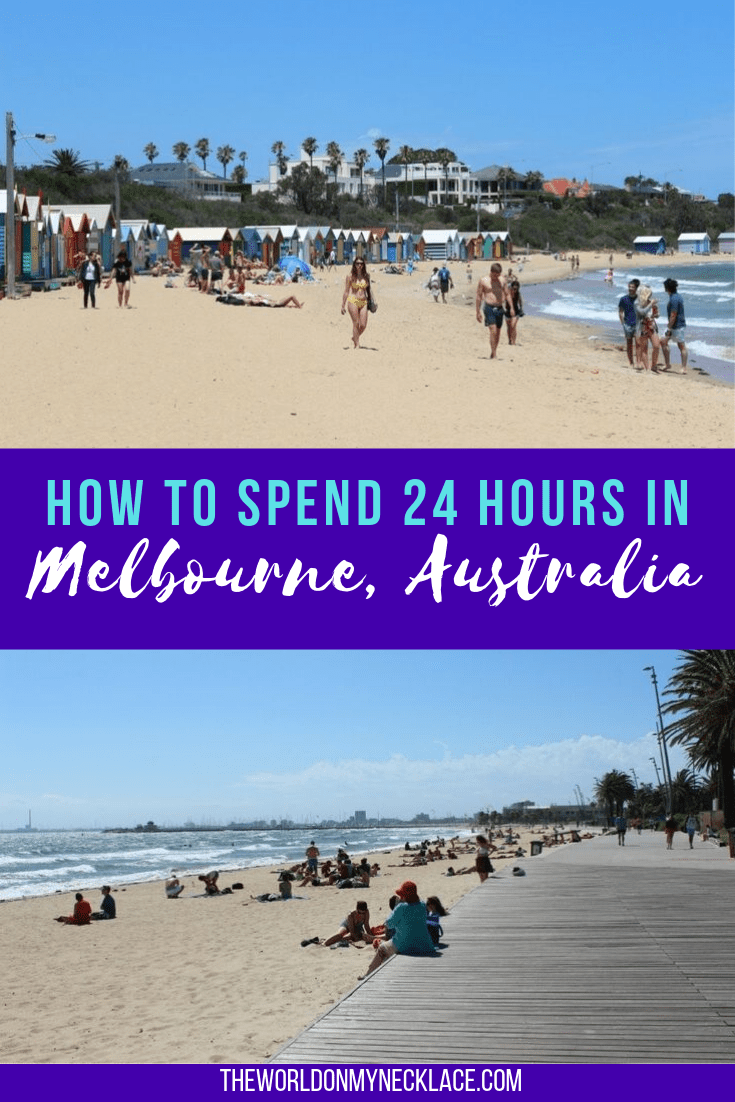