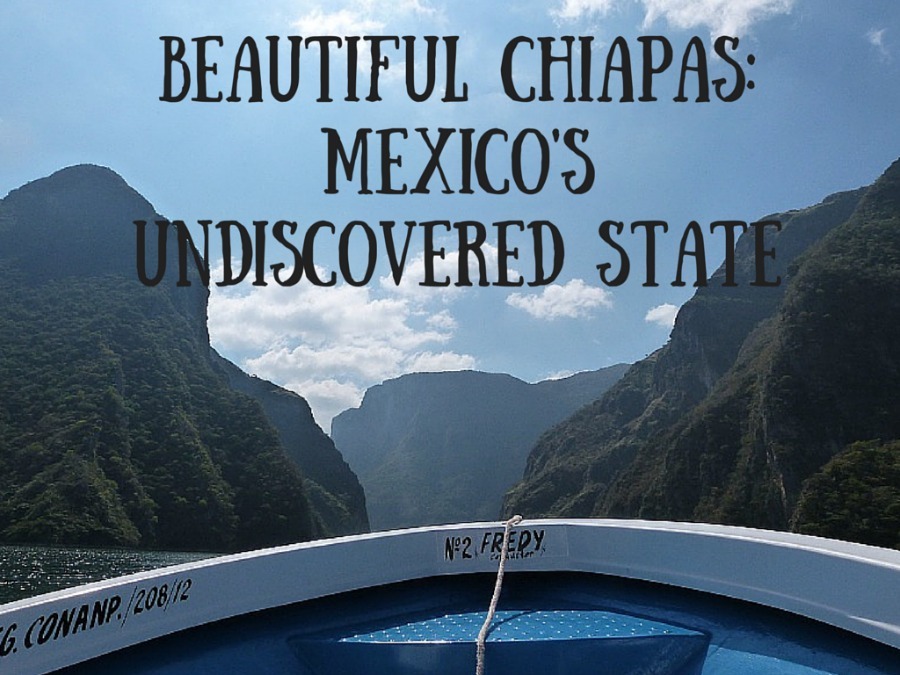 We spent a week in the pine scented Chiapas State of Mexico, and were charmed by the friendly locals and fantastic food in San Cristobal de las Casas, wowed by the beautiful Canon de Suminero with it’s famous crocodiles, and inspired by the milky turquoise waterfalls of Agua Azul and the jungle engulfed ruins of Palenque.

We arrived in San Cristobal with our friend Manca by way of a giant freezer on wheels – a Mexican night bus. Originally planning to stay two nights, we found that we didn’t want to leave so soon and ended up staying for four nights instead. 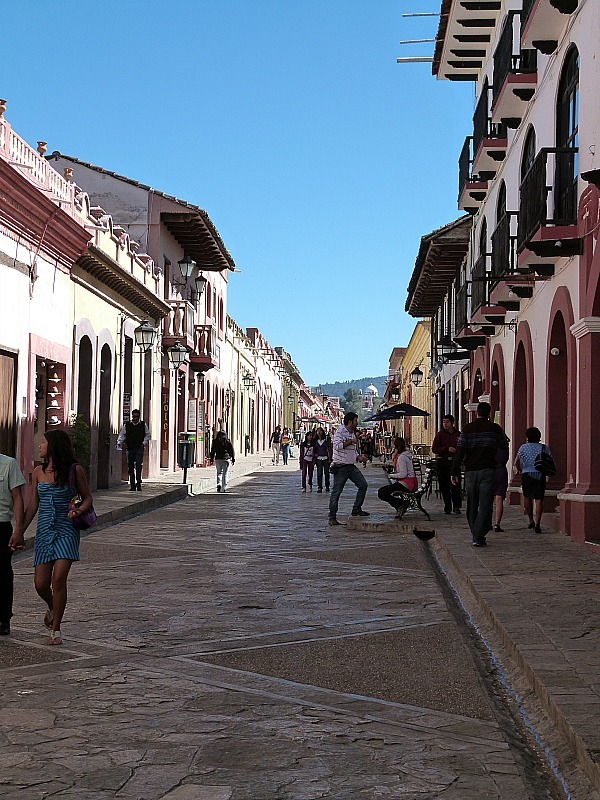 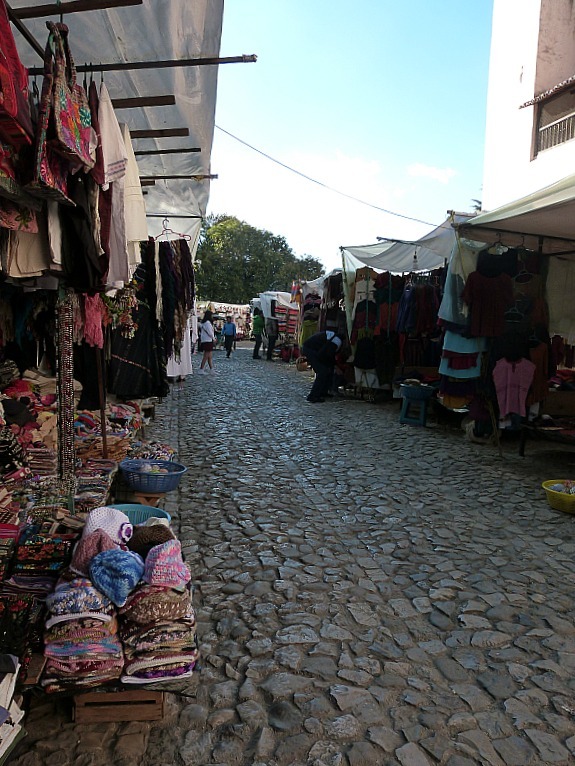 San Cristobal is a small city in a valley surrounded by pine covered mountains. The buildings and numerous churches are brightly coloured and the pedestrian streets and squares are vibrant and full of people. There is an abundant festival atmosphere that is infectious.

San Cristobal is known for its high concentration of trendy cafes with superb coffee and excellent international restaurants, including some great vegetarian ones. 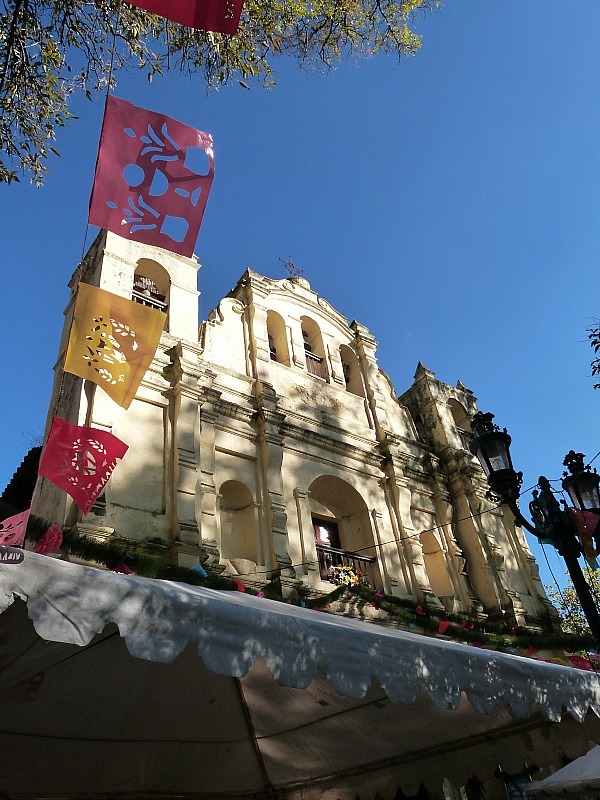 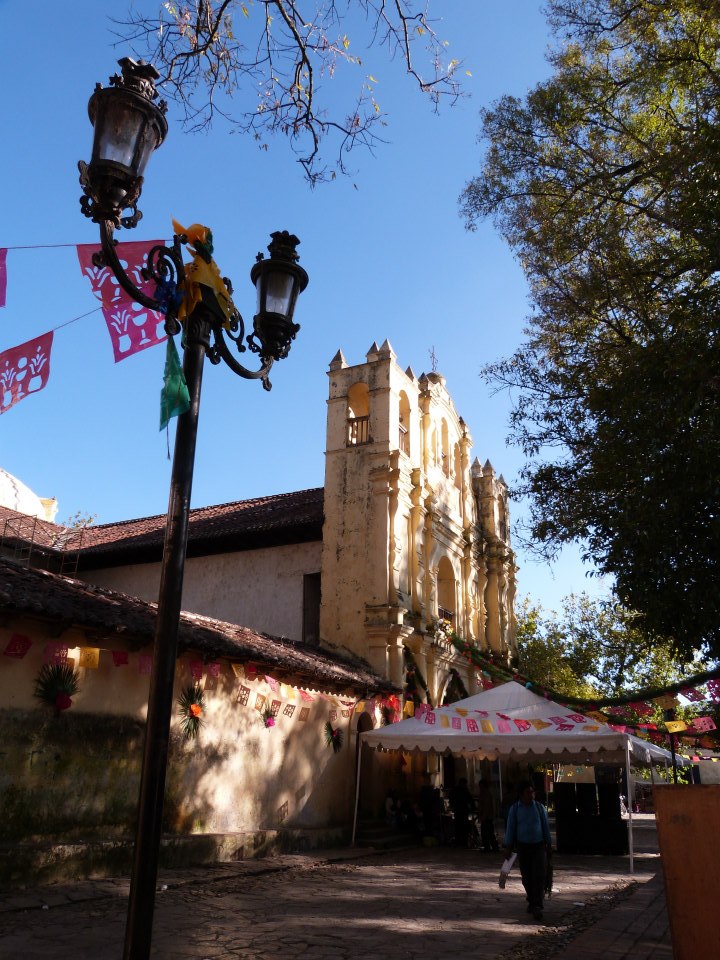 We stayed at a fantastic hostel called Rossco that Manca had stayed at four years ago. It has an open courtyard in the centre and a fire pit where there is a bonfire every night (it gets really cold at night due to the high altitude).

The permanent residents at the hostel include three black cats, one that had one eye that we nicknamed Cyclops, and two fat labs that wore outrageously cute jumpers to keep them warm at night. The animals adored attention and everyone loved giving it to them. 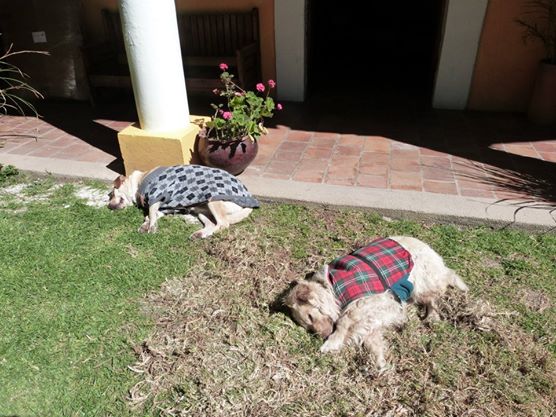 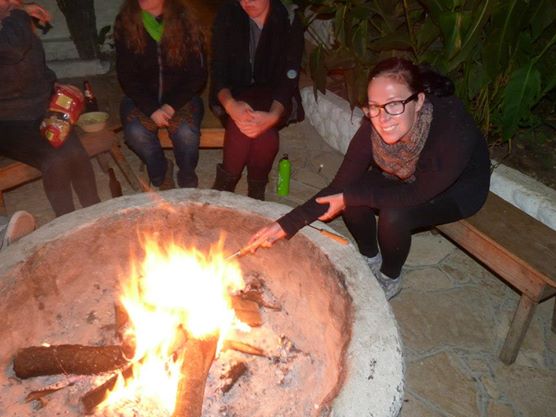 Our time in San Cris involved wandering the streets, eating VERY well, visiting the treasure filled artisan market and the chaotic food market, I even managed a yoga class.

San Cris is also known for it’s great bars and live music so we made it out with a big group from the hostel on our last night and had some cocktails at a Cuban bar with live music and people learning salsa. 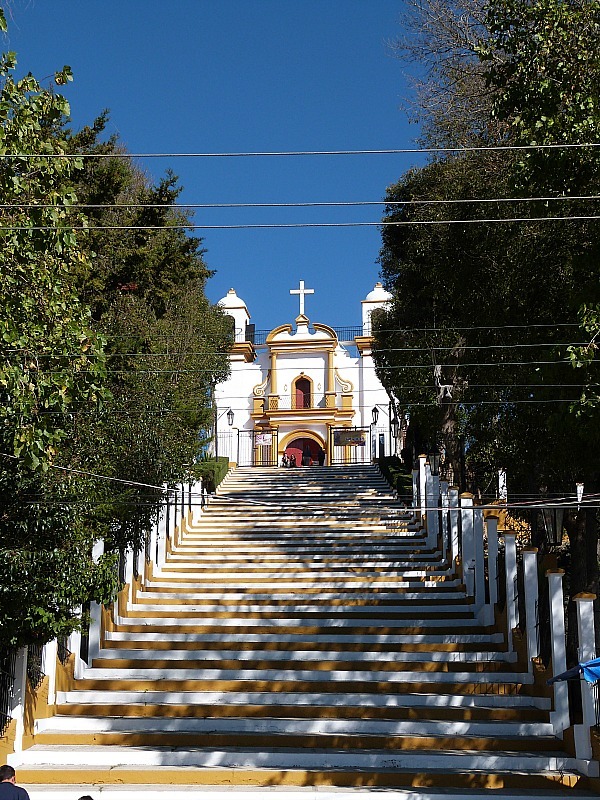 There are a number of great day trips you can take from San Cristobal, including to indigenous villages like San Juan Chamula and Zinacantan, and to beautiful natural sites.

We did two day trips from the hostel, one to Lagos de Montebello, a cluster of lakes near the Guatemalan border of various shades of blue, and to the Canon de Suminero, a canyon of extremely steep walls and a river running through the middle frequented by crocodiles. 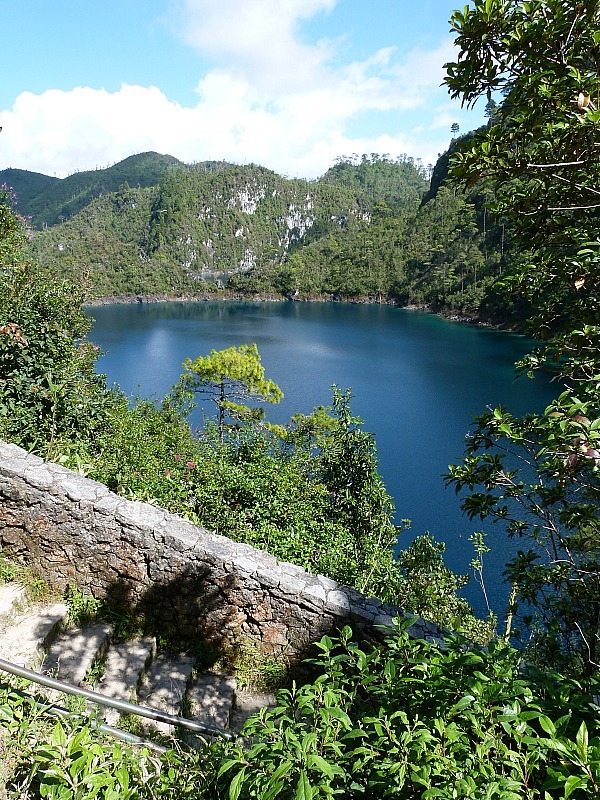 The Lakes trip was a big let down as we only had 1.5 hours at the lakes and it was a 12 hour trip! We also visited a beautiful waterfall called El Chiflon. We made a pact to never do another day trip where it is more than 2 hours driving each way. 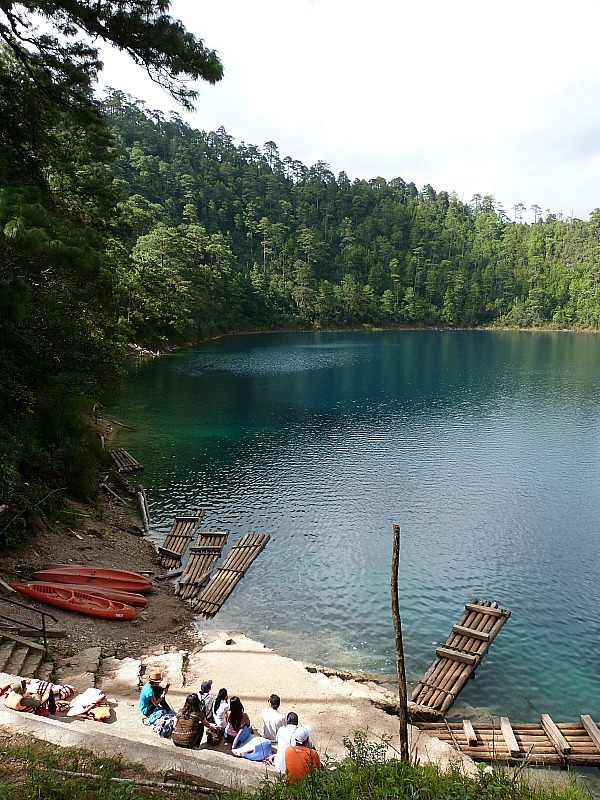 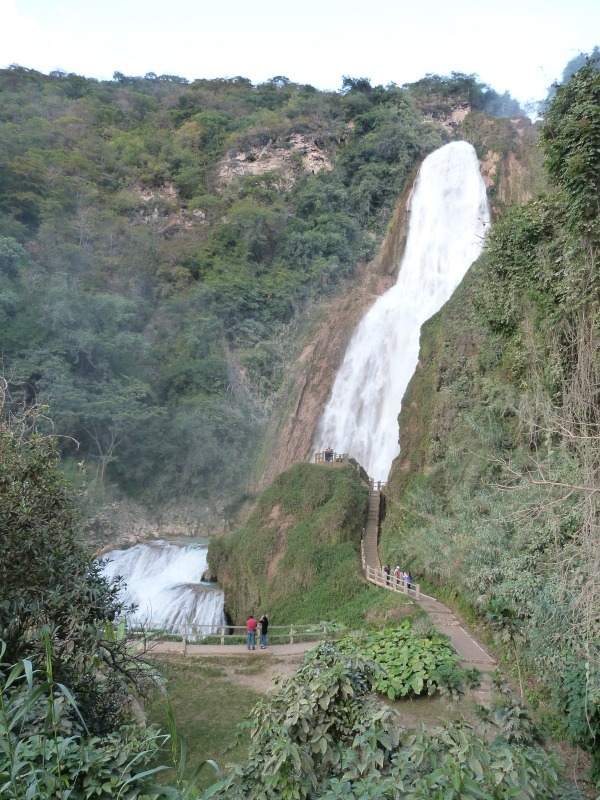 The Canyon trip was more successful as it was only one hour away from San Cristobal.

It was a beautiful day and we sped in a boat up the river and back, stopping along the way to see the basking crocodiles (there was talk at our hostel that everyone comes back with the same lone crocodile picture, leading to speculation that it may be a fake. We saw one moving so it discounted that theory), a limestone and moss encrusted waterfall that looked like a Christmas tree against the cliff, and spider monkeys swinging in the trees.

I felt a bit melancholic saying goodbye to everyone in the hostel as it had started to feel like a home away from home but it was time to move on. 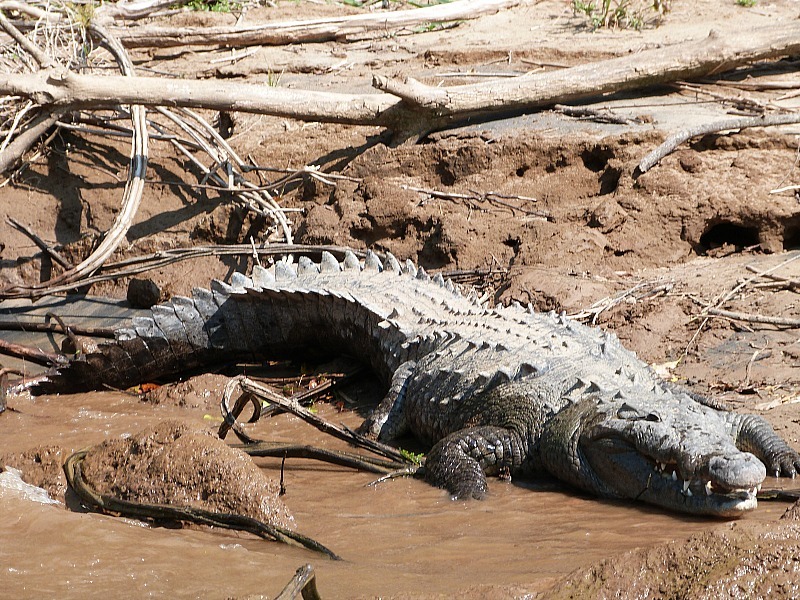 Next we bused to Palenque where we stayed near the ruins at a travellers village called El Panchan in the jungle.

Apparently it is one of those places that people come to for a few days then never leave and sure enough there were quite a few dreaded Rastas looking listless and bored, hanging around outside Don Muchos (the main restaurant) making and trying to sell hand-made necklaces and bracelets.

Personally I found it damp and humid and it was overcast most of the time that we were there – give me the coast any day.

The Palenque ruins were amazing and you could properly explore, being allowed to climb on most of the structures. I felt like Indiana Jones (if he was surrounded by tour groups).

Only a small percentage of the ruins have been uncovered and the rest are still in the thick jungle surrounding the site. 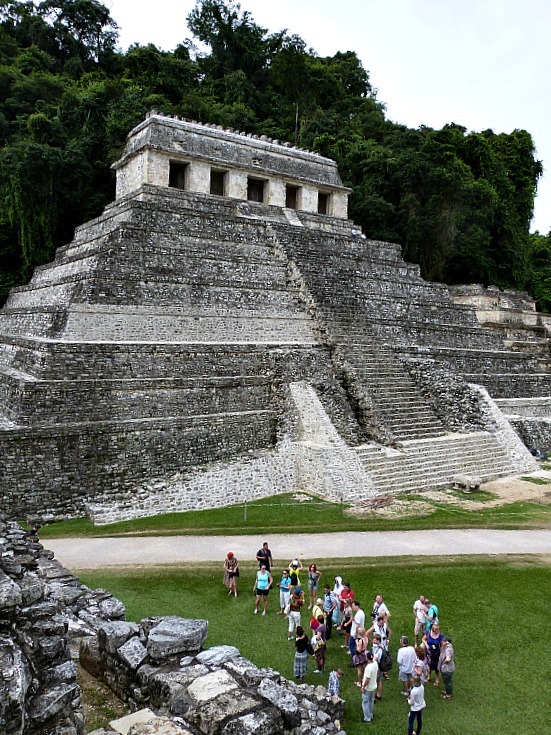 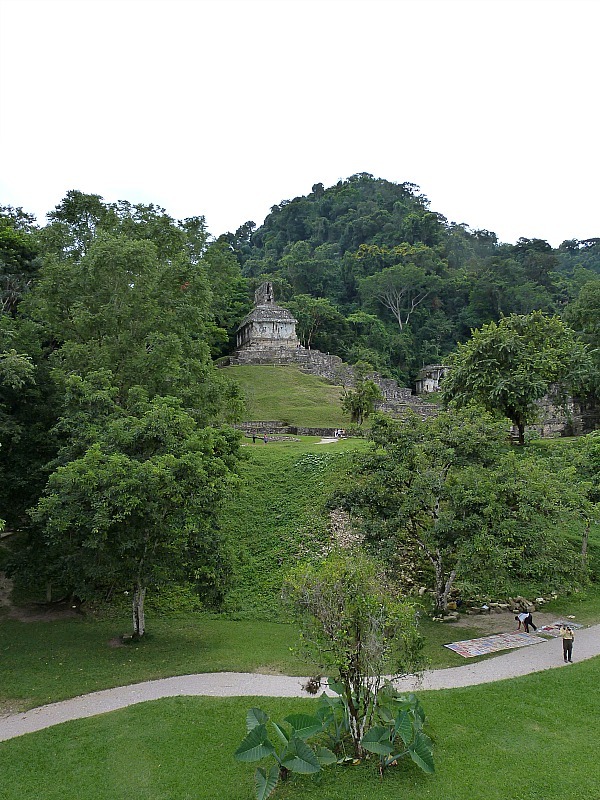 While we were wandering around we started hearing very loud and scary noises, like roaring and grunting. For all of you ‘Lost’ fans, it sounded like the smoke monster was loose in the jungle.

A Mexican tourist we were talking to told us it was the howler monkeys, I have never heard any non-mythical animal that sounds like that, it was exciting!

We went to some of the ruins further into the jungle with the sound getting louder and louder, then it was deafening and we could see them sitting in the trees. Definite jungle highlight. 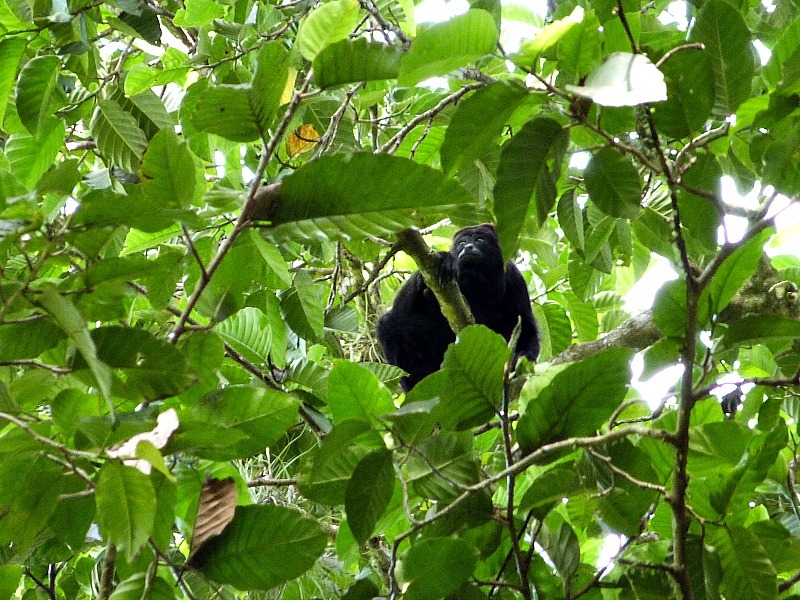 We visited the Agua Azul cascades and Misol Ha waterfall on our second day. We swam at one of the Agua Azul water holes and ate cheap but delicious empanadas. It’s a shame you can’t swim closer to the main falls where the water is a more inviting shade of turquoise, although we had a good day regardless. 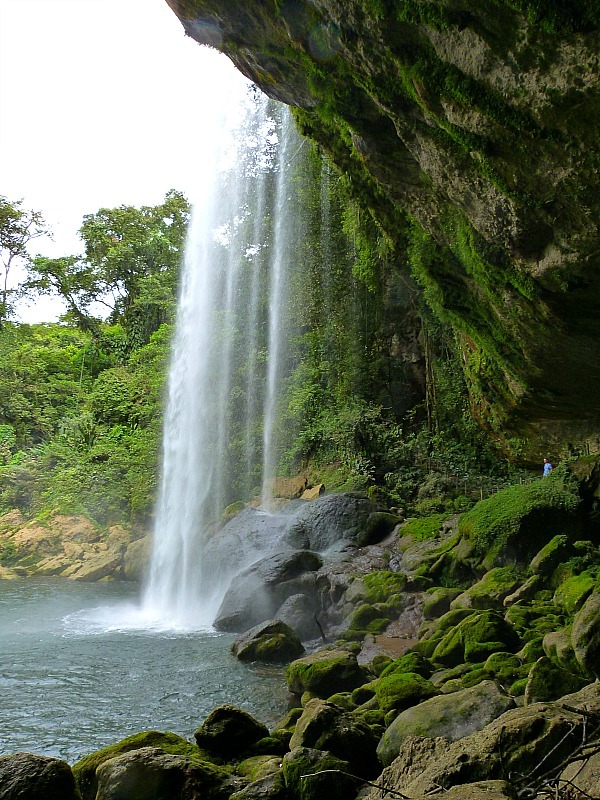 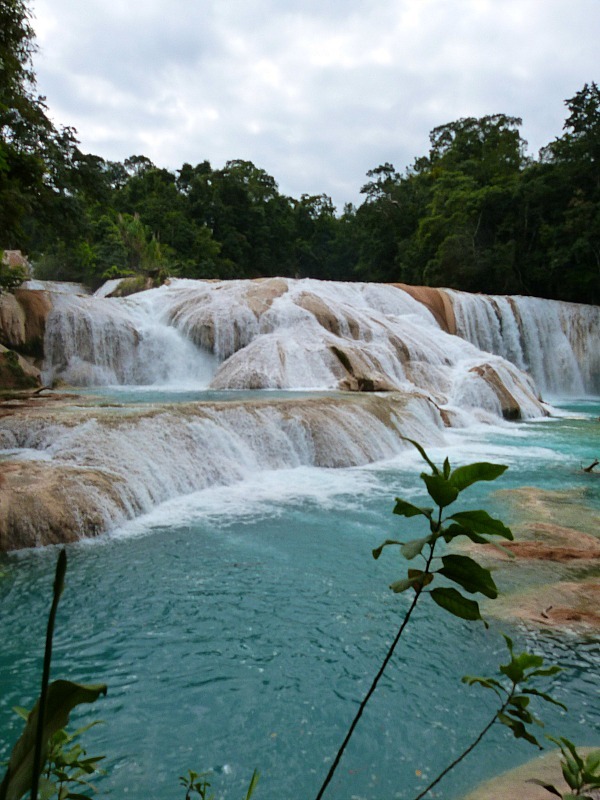 Chiapas is a culturally rich and backpacker friendly part of Mexico and should be on everyone’s Mexico wish list. 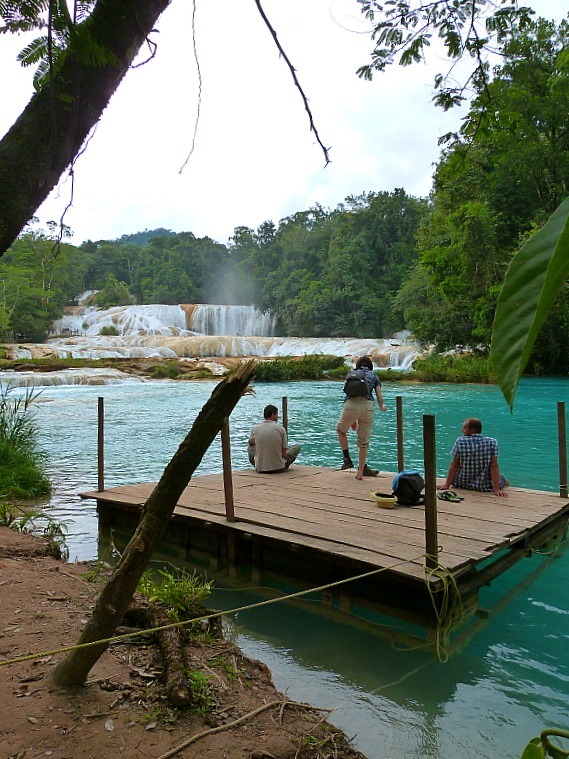