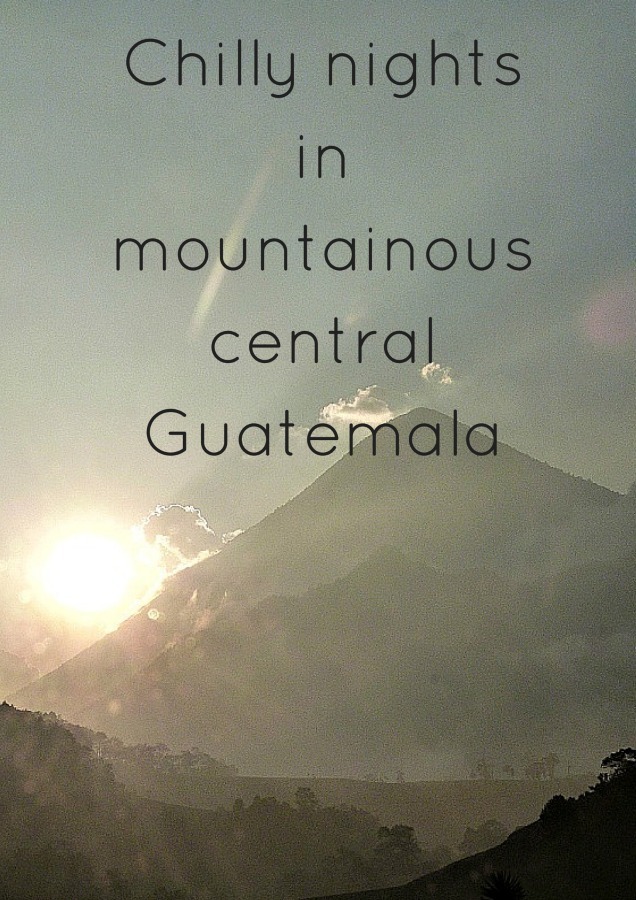 Our first stop after the humid and jungle covered North was in charming Colonial Antigua; the touristy gem in Guatemala’s crown. 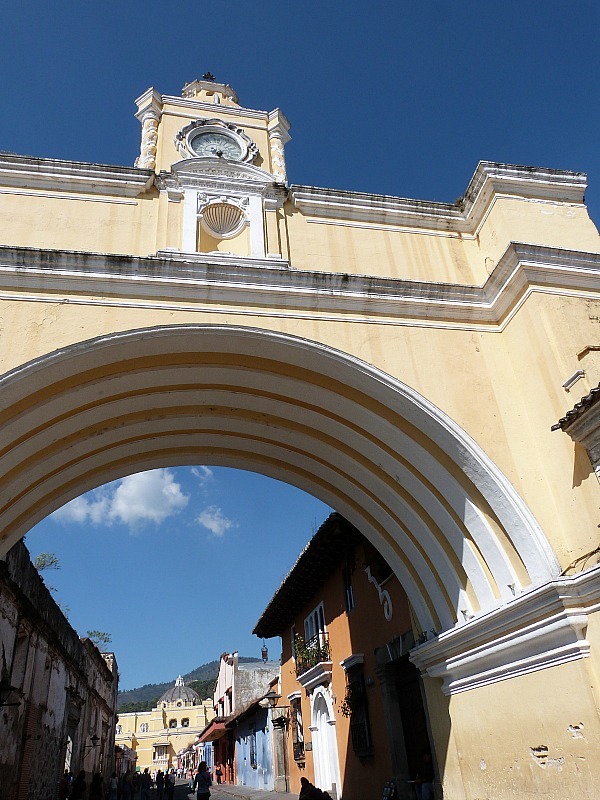 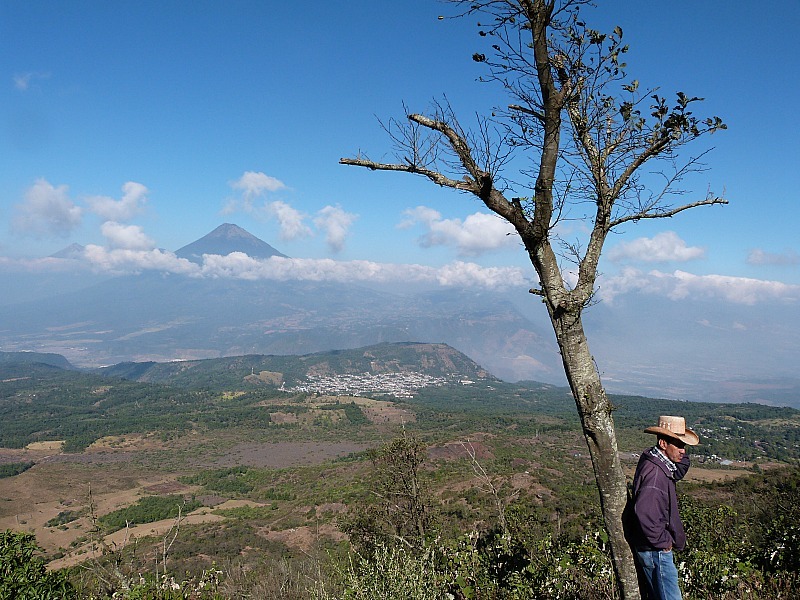 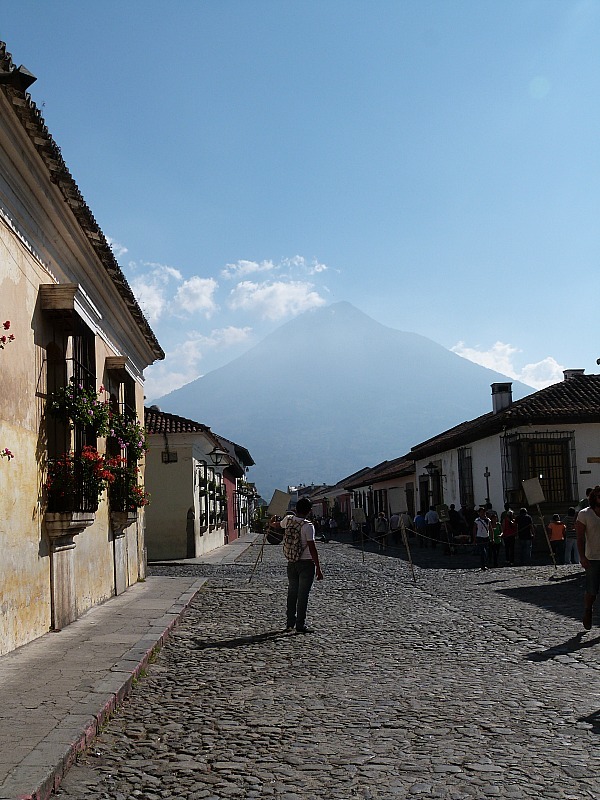 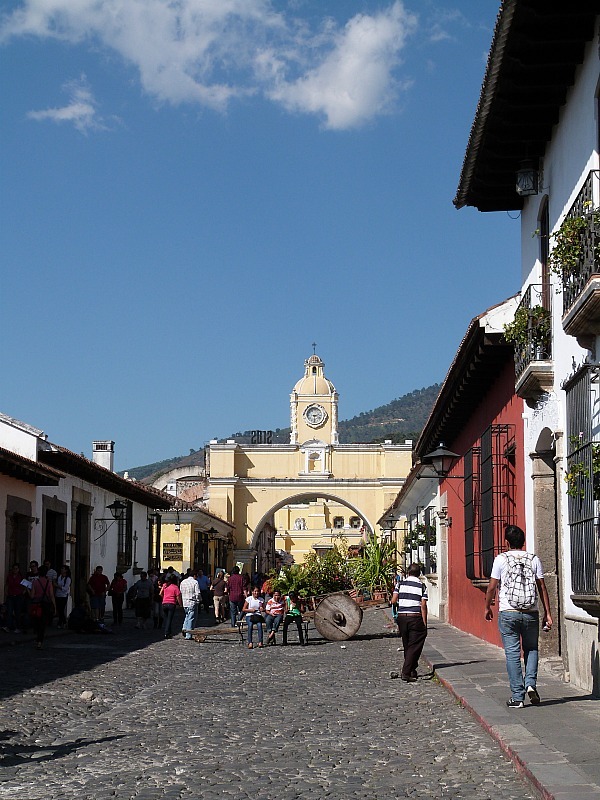 Antigua really is a beautiful town despite the tourists. It reminds me very much of San Cristobal de las Casas in Mexico which I hold dear to my heart. Cobbled streets, leafy squares, colourful churches and great coffee and international food.

We spent three nights in lovely Antigua exploring the streets and eateries and did a day trip to Volcan Pacaya. 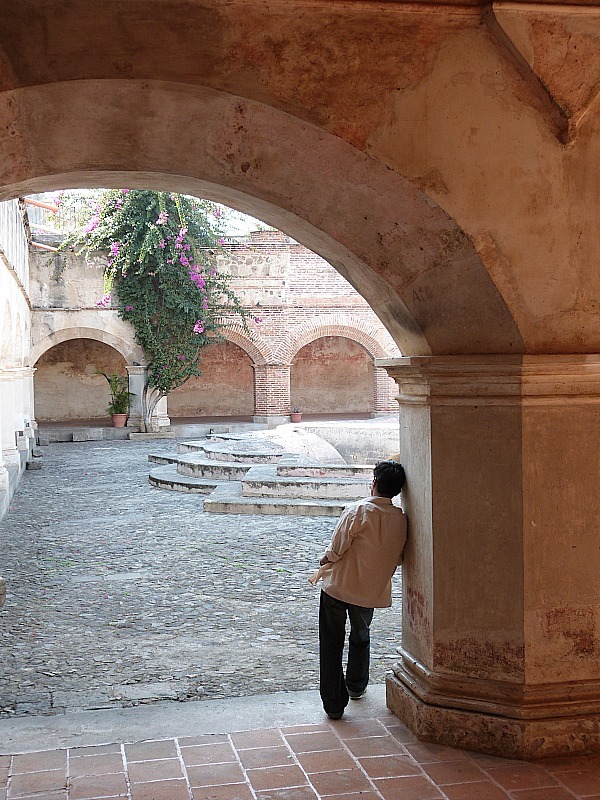 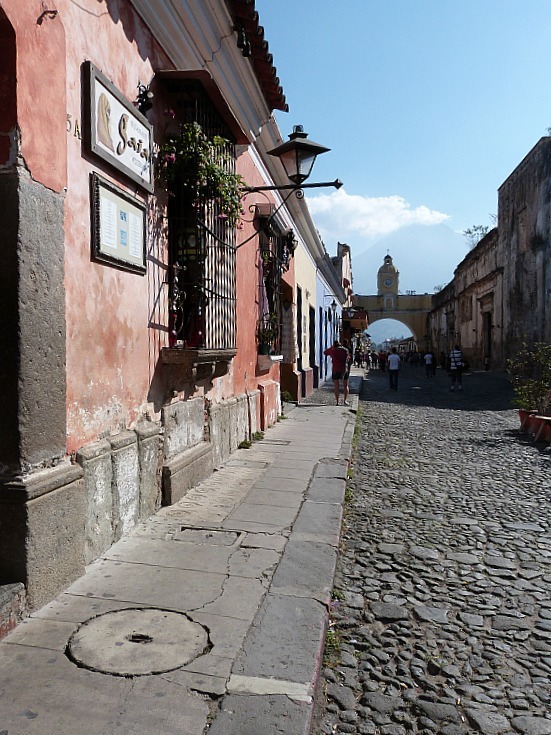 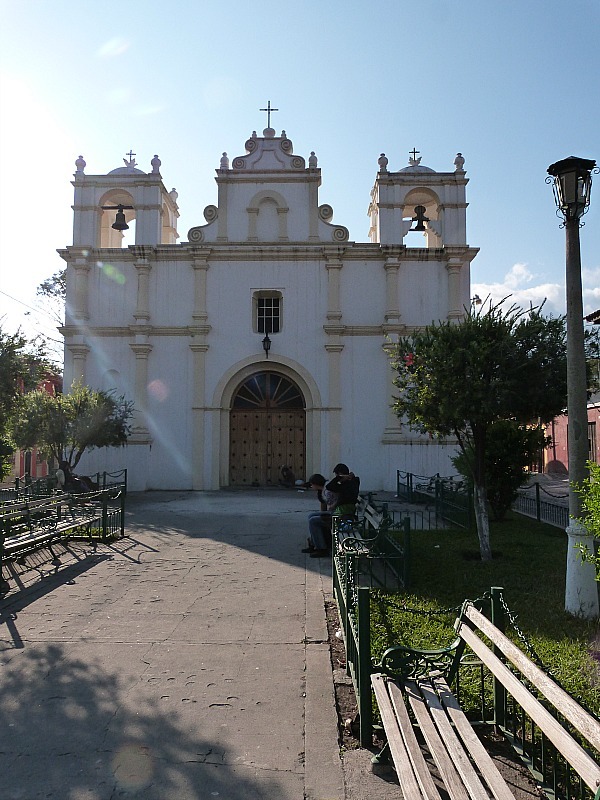 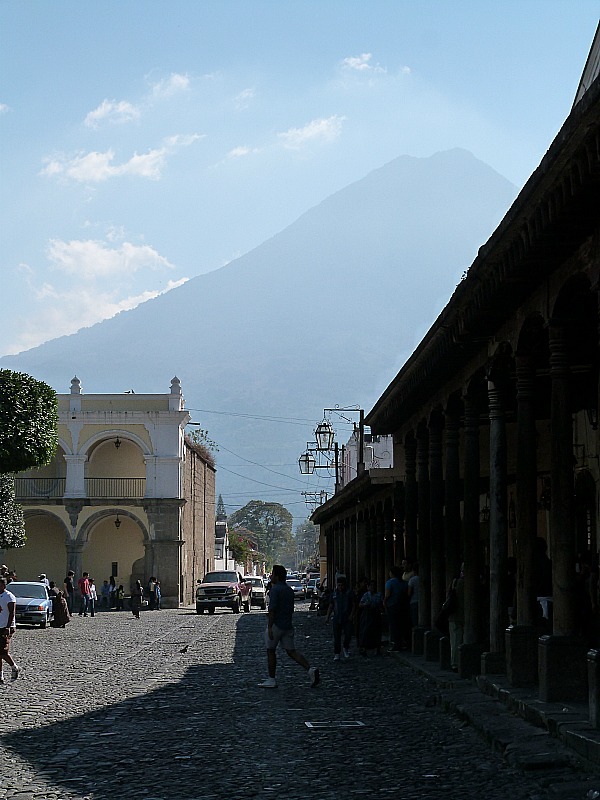 Pacaya was actively spewing lava a couple of years ago but now there are just some steam vents near the top. It was a fairly easy hike, especially as we stopped so often for the hungover and unfit people to catch up.

At the top there are great views over to the Volcanoes surrounding Antigua: Agua, Acatenango and Fuego. Our guide roasted marshmallows on the steam issuing from a vent near the top. 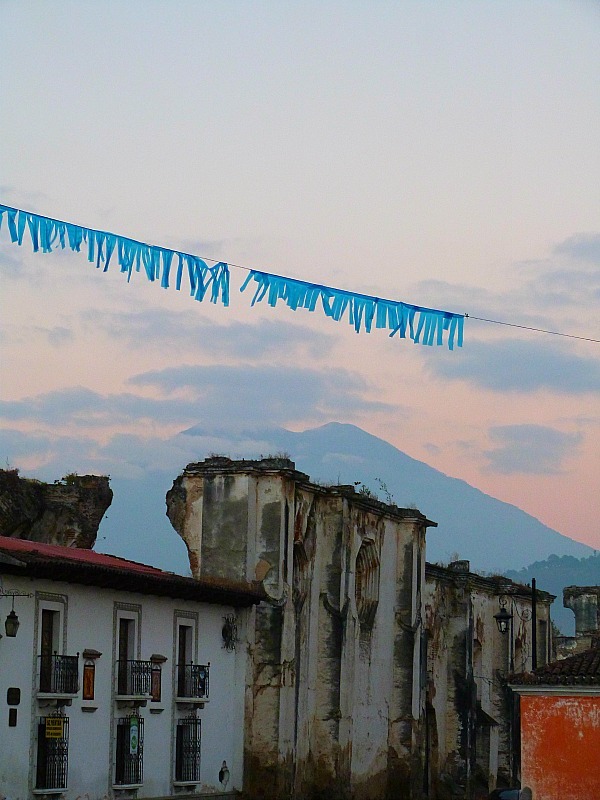 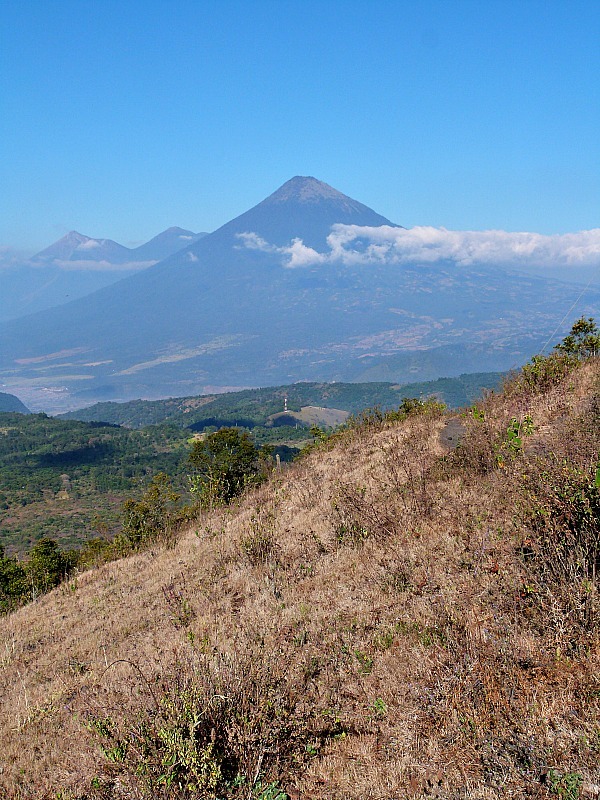 As the tourist shuttle buses in Guatemala are about 10 times more expensive than the chicken buses, we decided to take the chicken bus to get to Quetzeltenango (Xela).

It was an interesting experience, the first bus we were on was an old American school bus that had been painted bright colours. We bumped along with Spanish music blaring and people practically sitting on our laps the bus was so full. 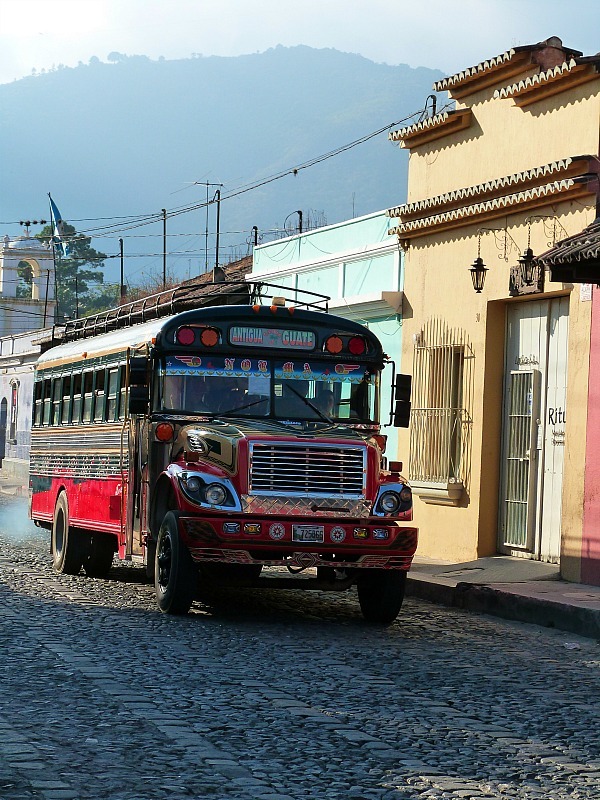 The second bus is known as a Pullman bus and is like a very run down luxury coach. The people beside us actually had chickens in a small wooden box, now I know why these are called chicken buses!

We stayed at a really nice guesthouse in Xela called Casa Renaissance that was recommended on Tripadvisor.

Xela is a mountain city, and is the second largest City in Guatemala. It isn’t very touristy. The main reason tourists visit is for the hiking or to attend one of the Language Schools. We decided to go there because of the nearby natural hot springs complex, Fuentes Georginas.

There aren’t really any tourist attractions in Xela itself but the Central Plaza is a pleasant green space and we found an amazing coffee shop and restaurant nearby.

The next morning I was getting ready to go to the hot pools when I realised there was a slash in the side of my day pack behind where I had my umbrella in the side pocket.

Realisation hit me like a brick: I had been robbed.

They took my ipod, ipod speakers, sunglasses, credit and debit cards and worst of all – my passport. We figured it happened on the second bus, I had my bag at my feet and the people behind us had kids that were crawling all over the place.

I spent the rest of the day speaking to my bank (they had withdrew £2400 from my accounts), Insurance company and the NZ Embassy in Mexico. I printed all my passport paperwork out and got photos taken then we sent it all by courier the next morning.

The annoying thing was that because of the Christmas/New Year break the Embassy in London was closed from 24th December till 3rd January and because of how long the courier was going to take it wasn’t going to arrive in time.

This event made me feel terrible but I was determined to still visit the hot pools and for this to not ruin our trip.

I wish I could have used an expediated Passport Service but unfortunately there aren’t any for New Zealand passports. 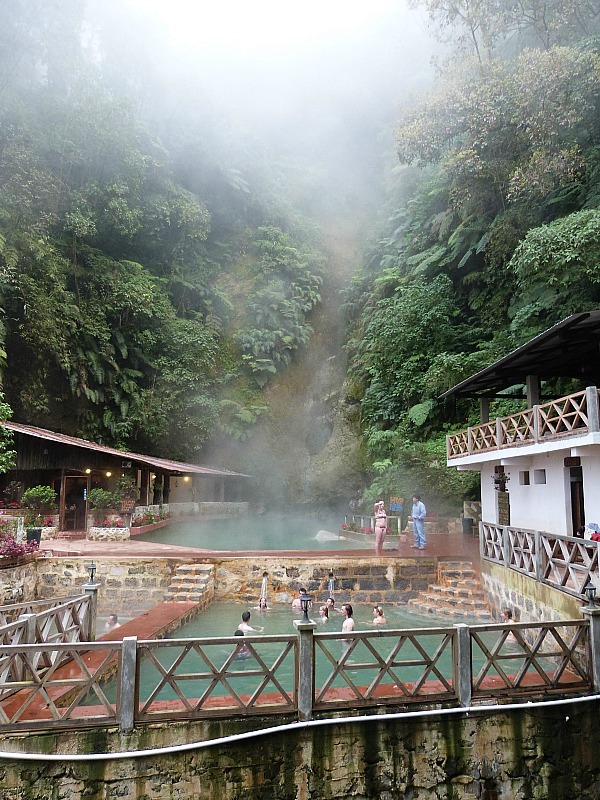 The pools were really atmospheric with the steam rising up into the jungle covered hills and it was a nice way to relax after the stressful day before.

On the way back to Xela, one of the nearby volcanoes was blanketed in mist and the sun was setting behind it – magical. 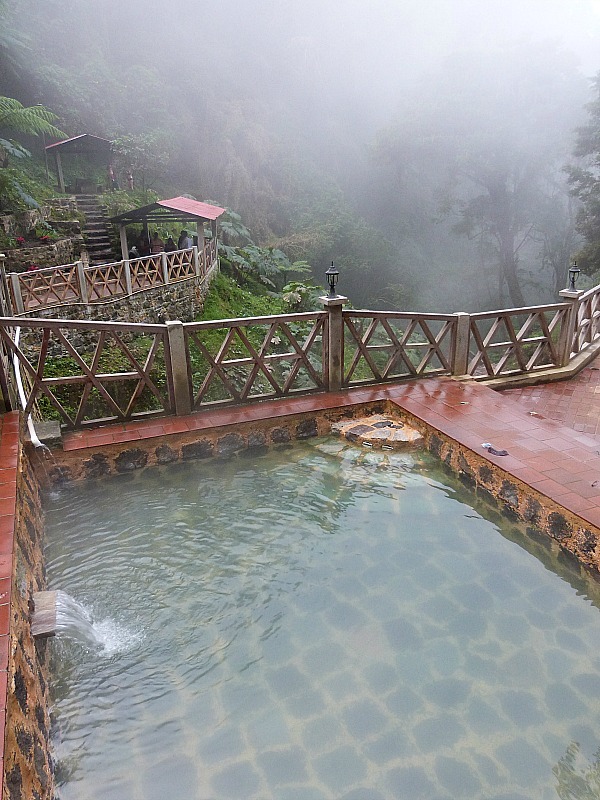 Our next stop was Lake Atitlan for Christmas so we caught an early tourist shuttle there, no more Chicken buses for us; well not in Guatemala anyway!

1 Comment on Exploring Central Guatemala – and Having my Passport Stolen