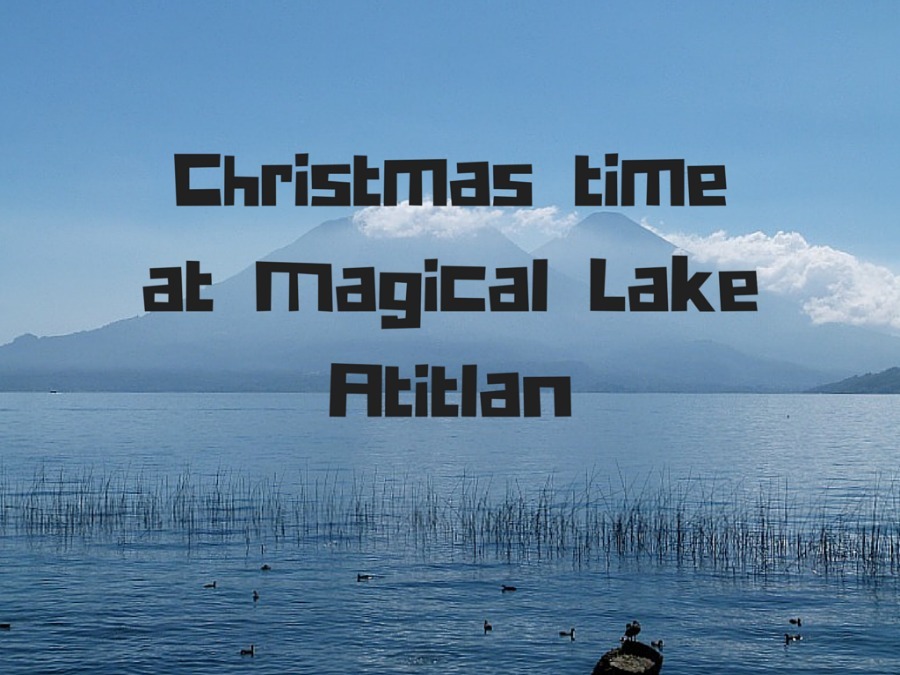 We blew into Panajachel on the wind, a very strong wind which made our lancha ride across to San Pedro la Laguna very bumpy and wet.

Perhaps they were the winds of change as the date was 21st December, the end of the Mayan Calendar and the supposed end of the world. 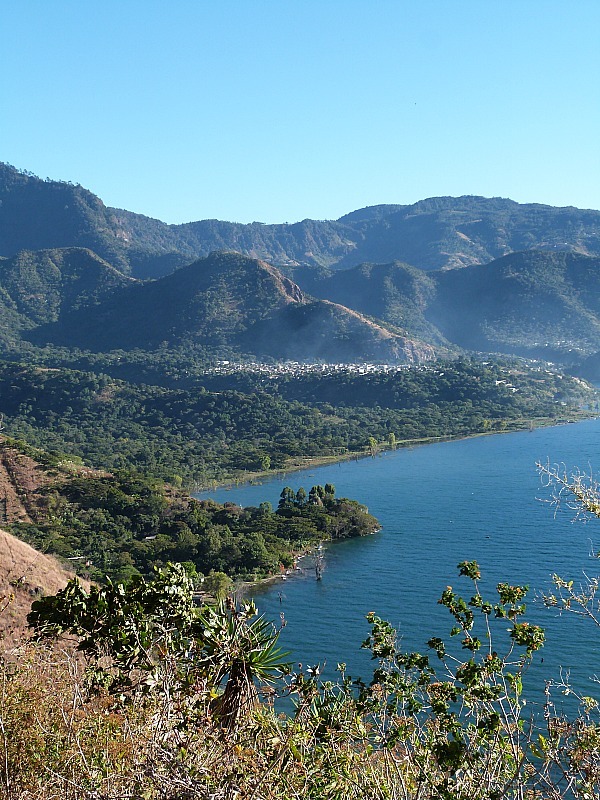 San Pedro is quite touristy with lots of expats operating businesses on the lake shore, but if you walk 10 minutes into the town centre it is typically Guatemalan; bustling and full of life.

We enjoyed the international cuisine and great coffee grown on the slopes of the lake while we were there and even bumped into our friend Jakub and a couple of other people we had met earlier in our travels. 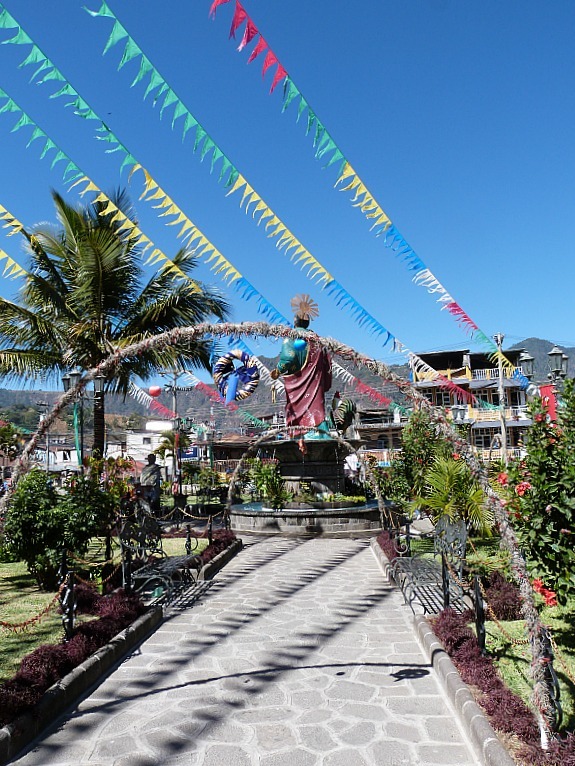 On our second day we did a guided hike up Indian Nose, a mountain ridge that looks like a face in profile on its side. Our guide was a friendly Guatemalan guy that was determined for us to only speak in Spanish.

We managed a few stilted conversations and he was great to talk to as he spoke slowly and would repeat himself when necessary. He was really into football and was excited to learn that Trav and I worked at Chelsea Football Club and that we had seen some of the players. 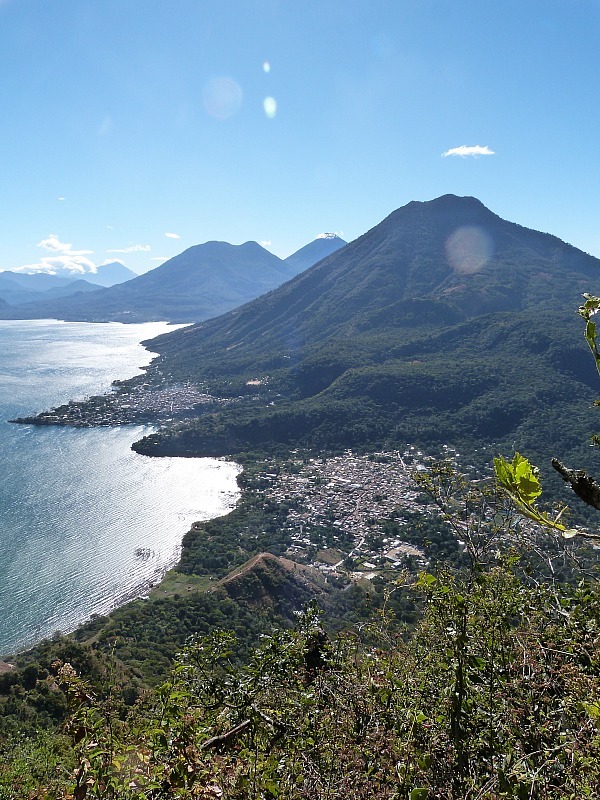 The hike was stunningly beautiful but quite difficult, due to the altitude and how steep the path was. There were fantastic views over the lake and the perfect cone of Volcan San Pedro.

We also walked through the small lakeside town of San Juan la Laguna which is a small, friendly place with little tourism. 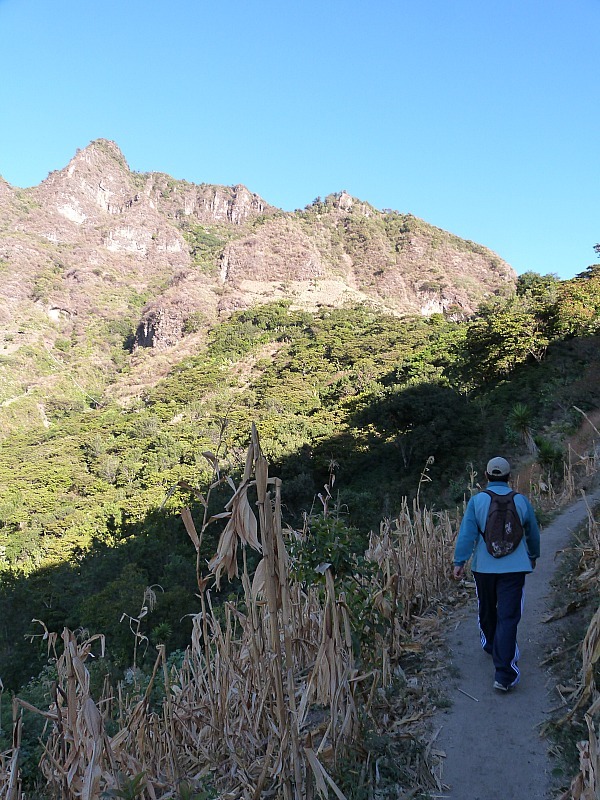 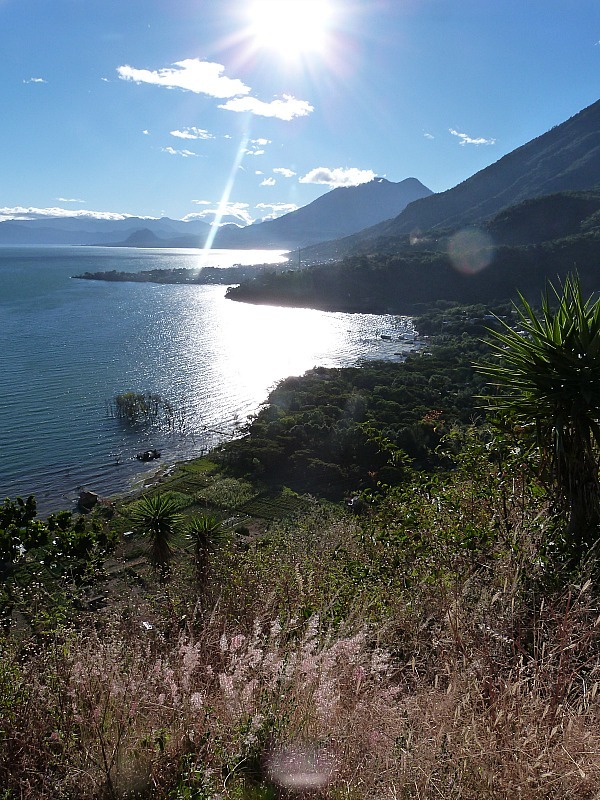 On the way down the mountain we saw villagers picking coffee beans and drying them out in the sun. Local women were washing their clothes in the lake.

Another day we went by lancha to San Marcos la Laguna which also has an expat population but is smaller and quieter than San Pedro and has more of a New Age scene with Reiki Practitioners, Crystal Healers, Meditation and Yoga classes.

We visited a small protected park where there is great lake swimming, a high platform where you can jump into the lake and hilltop paths with great views. 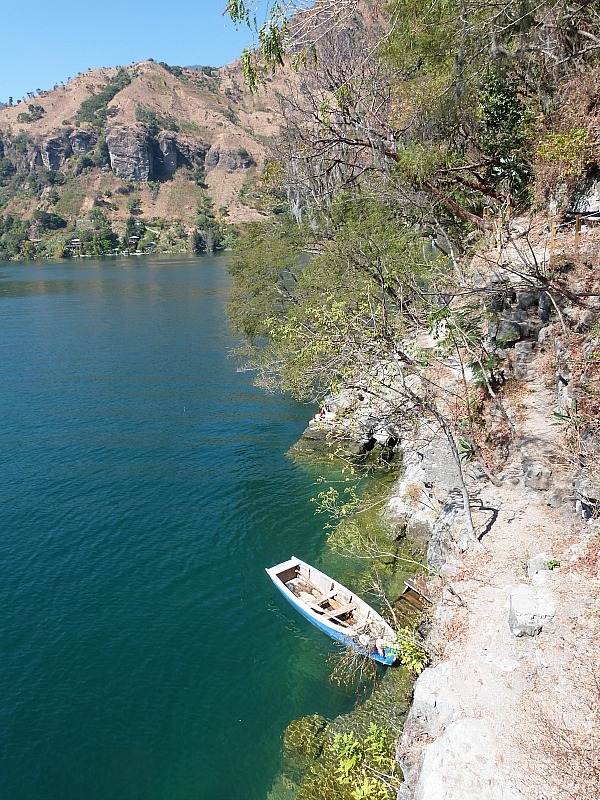 On Sunday a bar in San Pedro with a swimming pool had an American style BBQ so we went to swim and enjoy some great ribs with mac & cheese, green beans and coleslaw – mmm.

There are also small solar pools which, although not thermal, are still relaxing and a great way to while away the afternoon.

We had a French Canadian Photographer in his 50’s in the pool with us and he was very interesting to talk to. He had an Exhibition at the Museum in town of his local Photography of the Villagers. Unfortunately it wasn’t open before we left so we missed out. 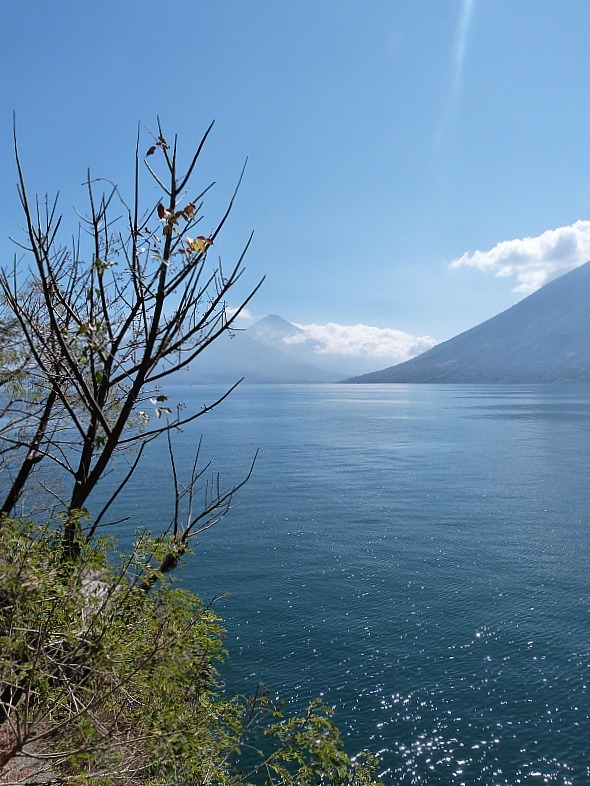 On Christmas Eve at 12am fireworks were let off at all of the Villages around the lake. We had a very relaxed Christmas watching Christmas movies, enjoying the sunshine and topped it off with a massive Turkey and Ham dinner at the local English bar.

We then left San Pedro to go back to Antigua for a night on Boxing Day. The lake is a great place to visit and we had a very relaxing time there despite its reputation as a party town.

Back in Antigua we visited the Chocolate Museum where we did a Bean to Bar class. In the class you are shown the different stages of chocolate production starting from when it is grown in pods. We roasted, peeled and ground the coffee beans into a paste.

We made a cocoa husk tea which was very bitter then a Spanish style hot chocolate with the cocoa paste, milk and sugar, I couldn’t get enough of that one! We then made chocolate in moulds for us to take home. It was a fantastic class and was very interesting. 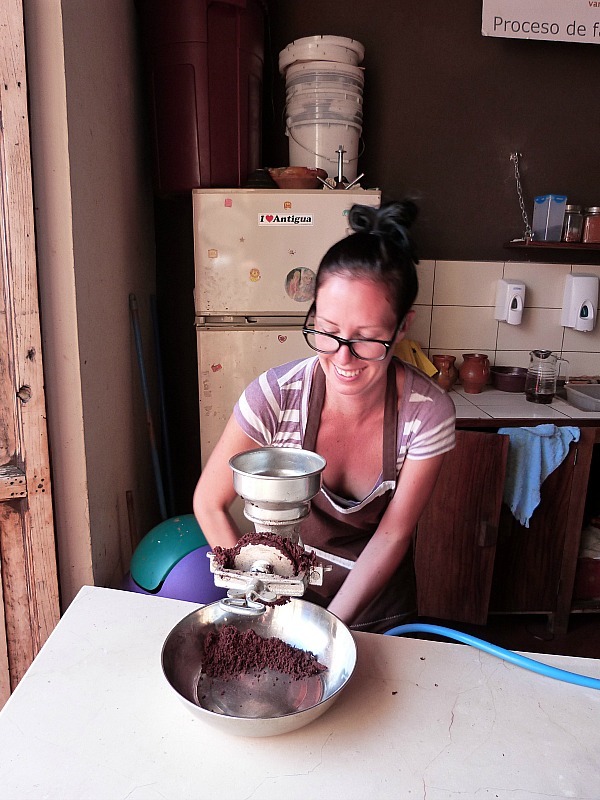 We had planned to meet our friends Lynn and Pete in Rio Dulce so we set off the next day on an epic journey which pretty much sums up the Guatemalan bus experience – crammed in and frustratingly late.