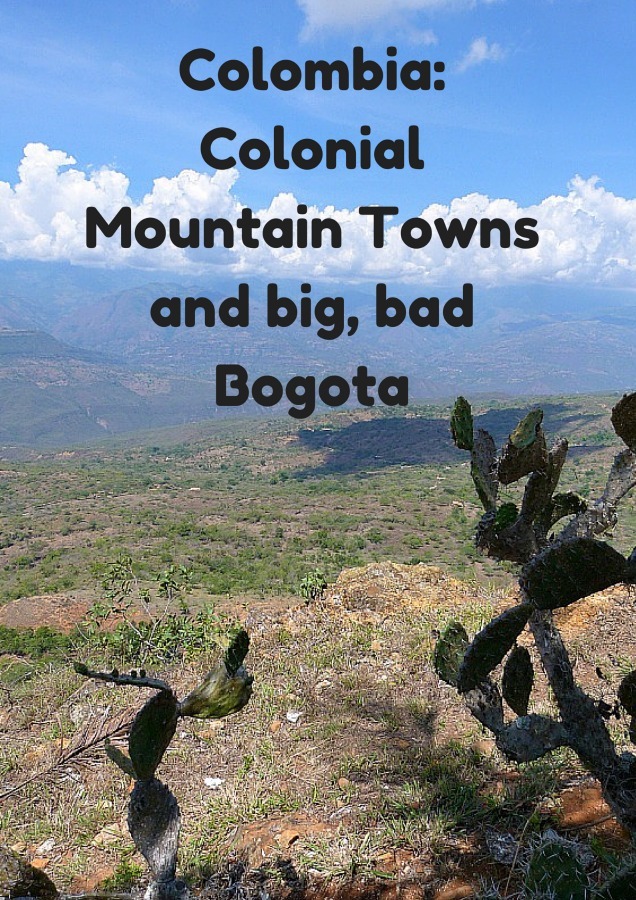 We started our time in the Colombian Andes in San Gil, a small and busy town that is nice enough but nothing special. Most people come to San Gil to do the various adventure activities in the surrounding area, and to visit the colonial mountain town of Barichara.

We arrived exhausted and spent the first day just chilling out with our friend Tiffany, who arrived at the same time as us, at the fabulous Macondo Hostel, owned by a lovely Aussie guy, Shaun. Words can’t describe how my first hot shower in a month felt!

The next day, fully recovered, we got the bus to sleepy Barichara. I was surprised how much it resembled a Tuscan hill town. We had a look around the small town centre, visited the main church and the sculpture garden with breathtaking canyon views then hiked 9km to the nearby town of Guane, skirting the canyon. 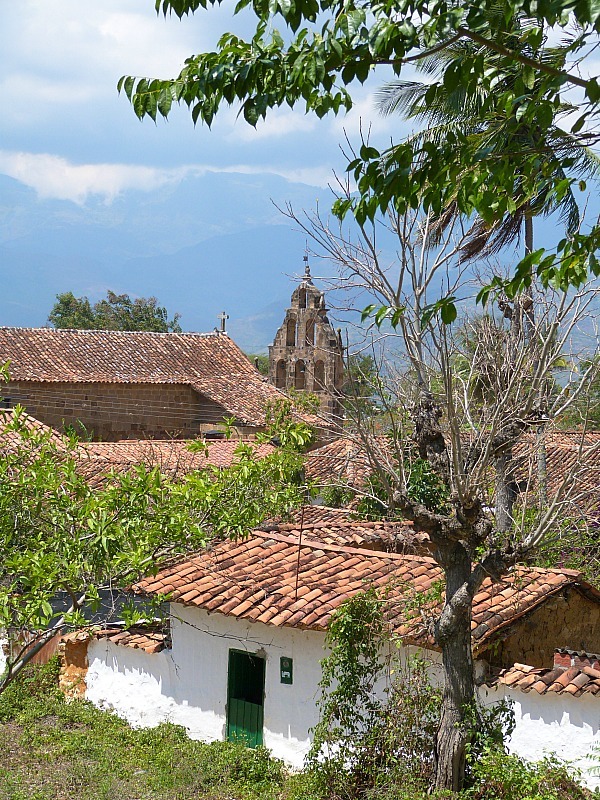 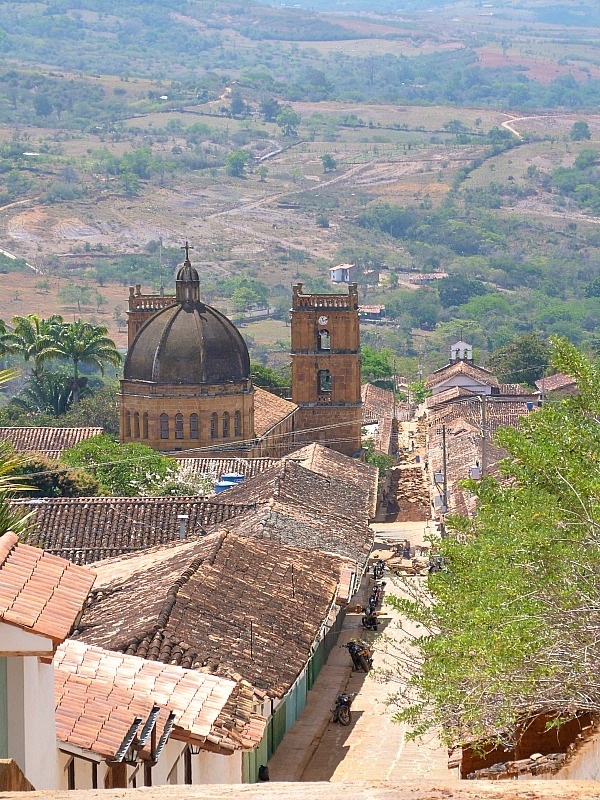 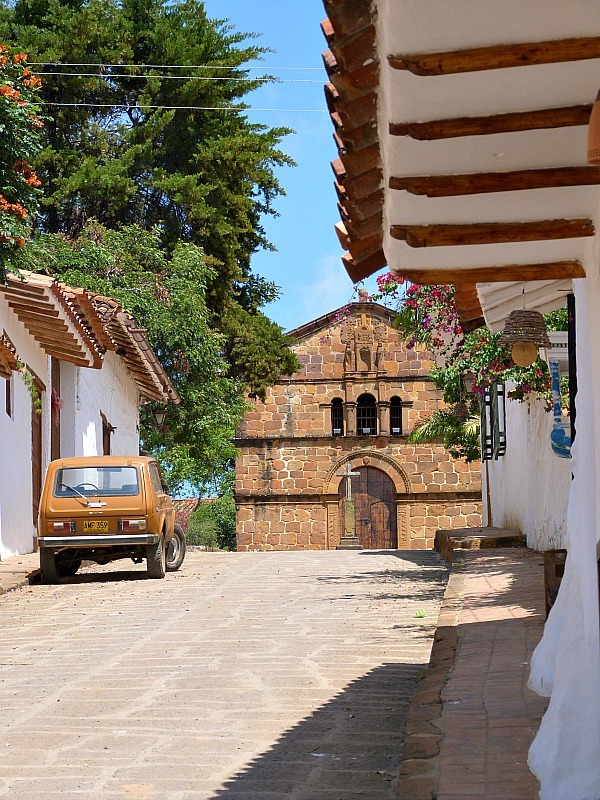 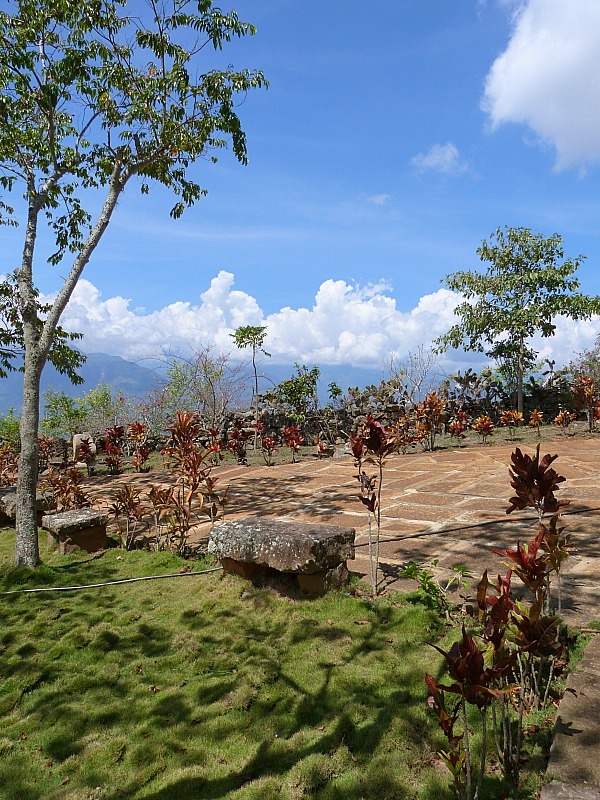 It was a beautiful and fairly easy walk although very hot in the heat of the day. Guane was just as lovely and sleepy as Barichara. We had lunch there then bused back to San Gil. 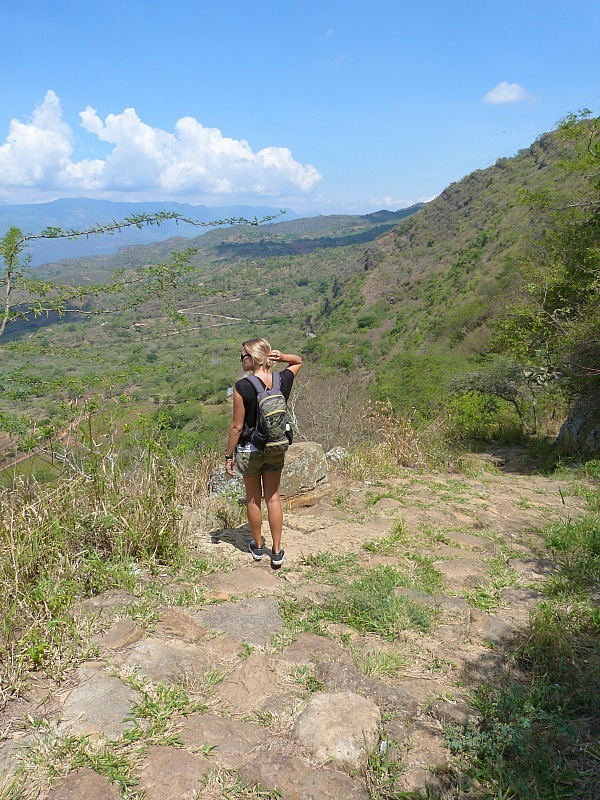 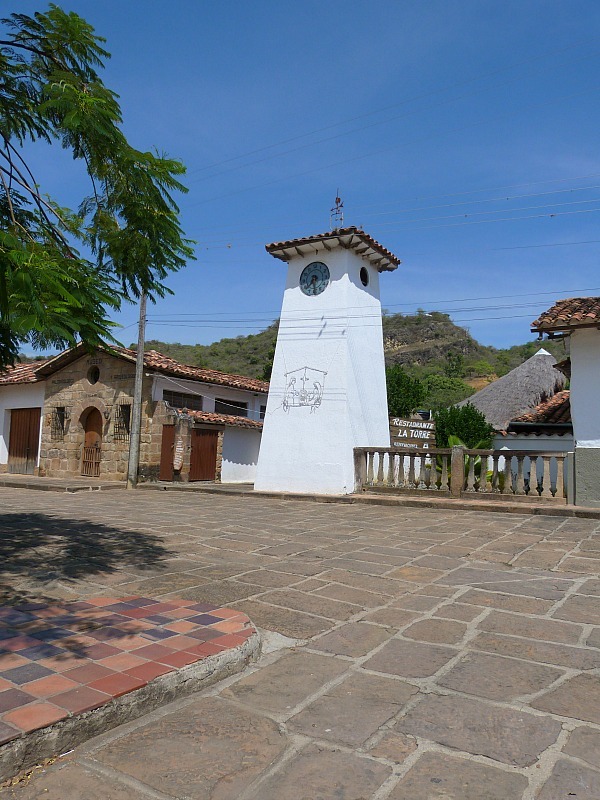 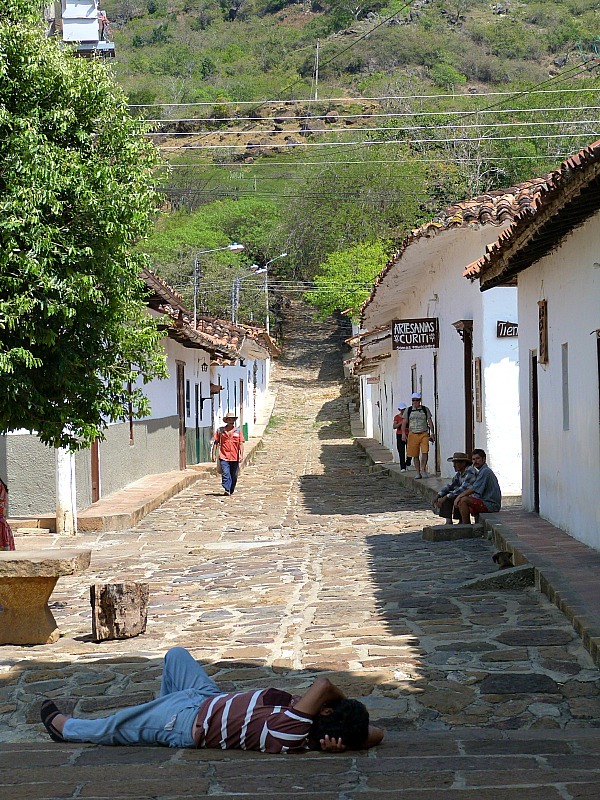 One of the more unique Colombian experiences to be had if you happen to be in San Gil on a Tuesday is to participate in ‘Tejo Tuesday’. Tejo is an interesting game, similar to horseshoes but made a lot more interesting by explosives. Yes, explosives.

The premise of the game is to throw your ‘tejo’, like a weighted hockey puck, at a board of clay with a horseshoe imbedded in the middle and two small packages of explosives at the top and bottom of the horseshoe.

You gain the most points by getting your tejo in the middle of the horseshoe and setting off the explosives otherwise whoever is closest to the horseshoe wins a point for their team. It was lots of fun and I highly recommend it if you are visiting Colombia.

We decided we should do one of the adventure activities while we were in San Gil, but the hard part was deciding which one. In the end we settled on abseiling/rappelling down a 70 metre waterfall.

We were dropped off on the side of the road by the bus to the sight of the waterfall in the distance. It was extremely beautiful but extremely high! On the hike up to the waterfall I was getting a bit nervous, this was exacerbated by the fact that we had to wait 45 minutes at the top for a group of school children to go before us.

One of them was screaming and crying whilst clinging onto the pole that holds the ropes, this did not inspire confidence! 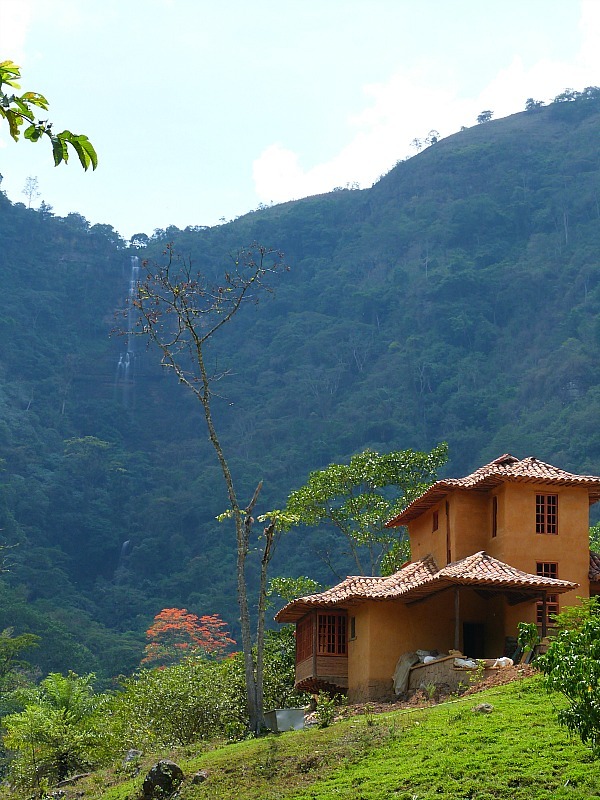 When it was finally our turn, I decided it wouldn’t be wise to look down until I was at least part of the way down and thus had a great time.

When I did look down, about 10 metres into it, surprisingly the height didn’t scare me and I was able to enjoy the awesome views.

All three of us were soaking wet and exhilarated afterwards and so happy that we did it. 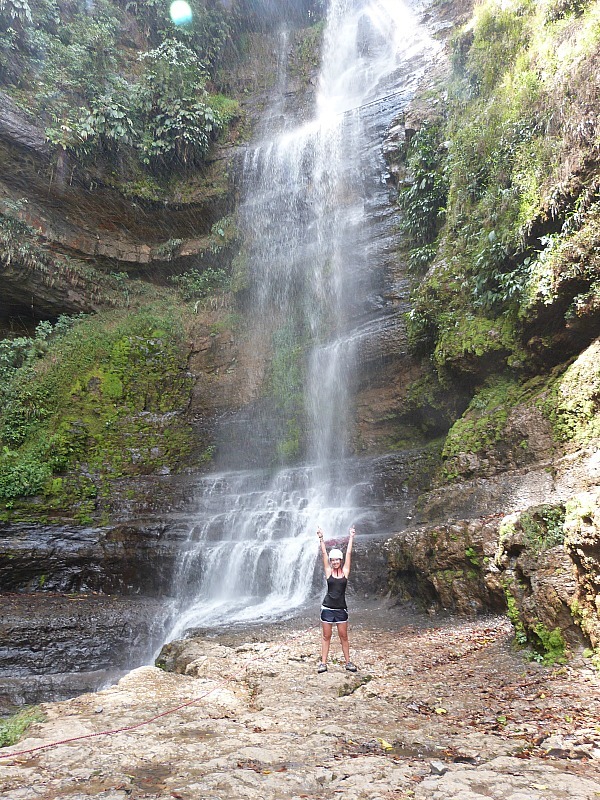 We left San Gil the next day for Villa de Leyva, a beautiful colonial town founded in 1572 and resplendent with cobbled streets, bougainvillea and white washed buildings. It is a National Monument so virtually no modern architecture exists here. 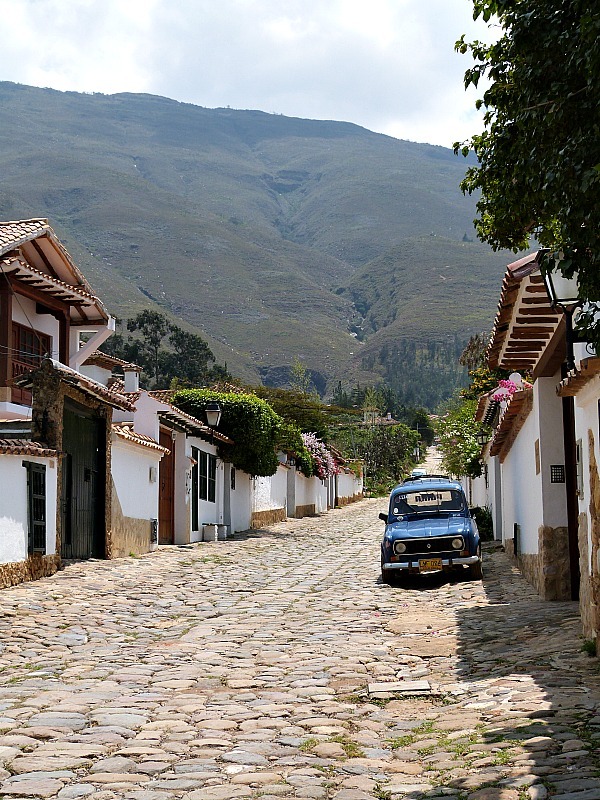 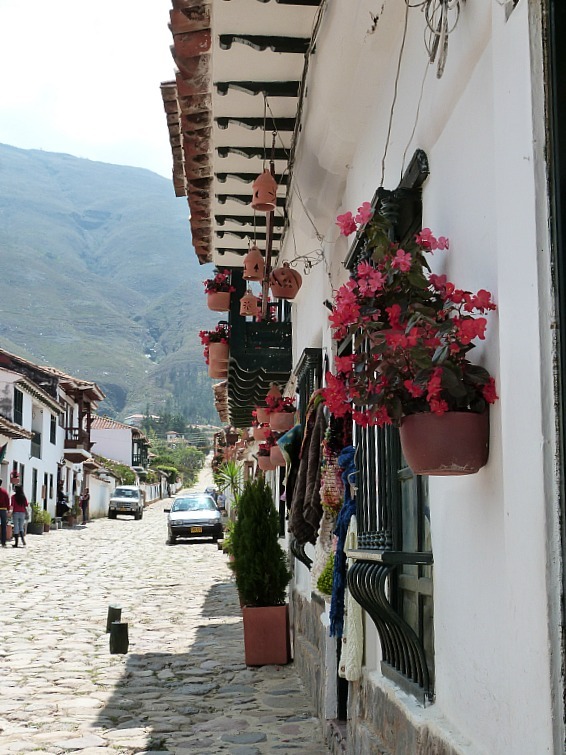 We spent three nights in Villa de Leyva soaking up the mountain air, exploring the quiet streets and sampling delicious desserts from the many Pastelerias in town.

I was very pleasantly surprised to find feijoas at the local markets as they are one of my favourite fruits and you can usually only get them in New Zealand, although they are originally from the mountains of Brazil. 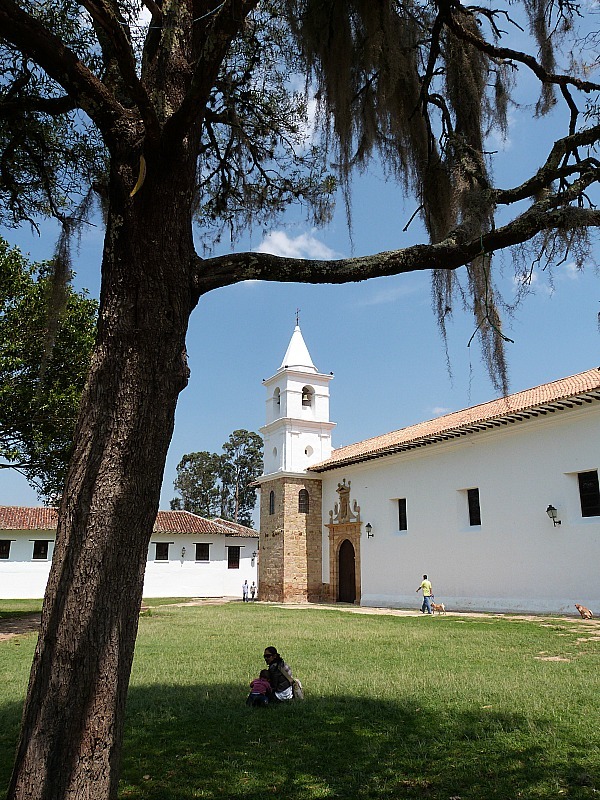 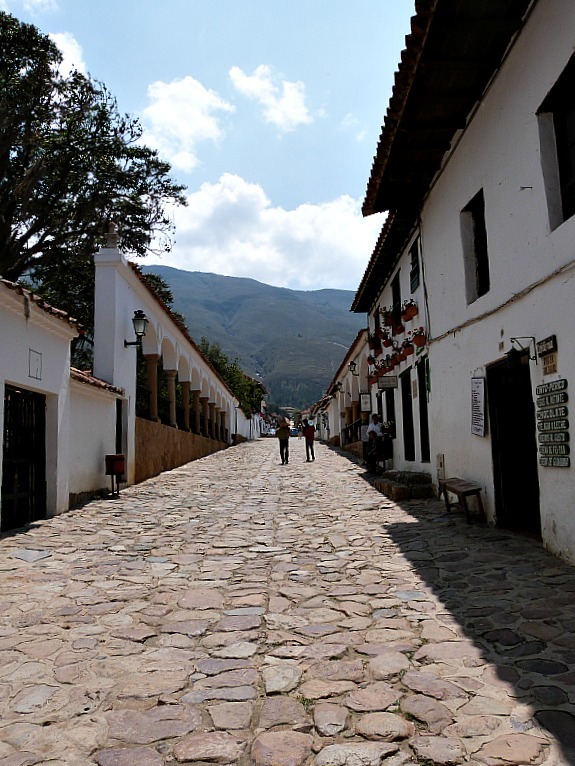 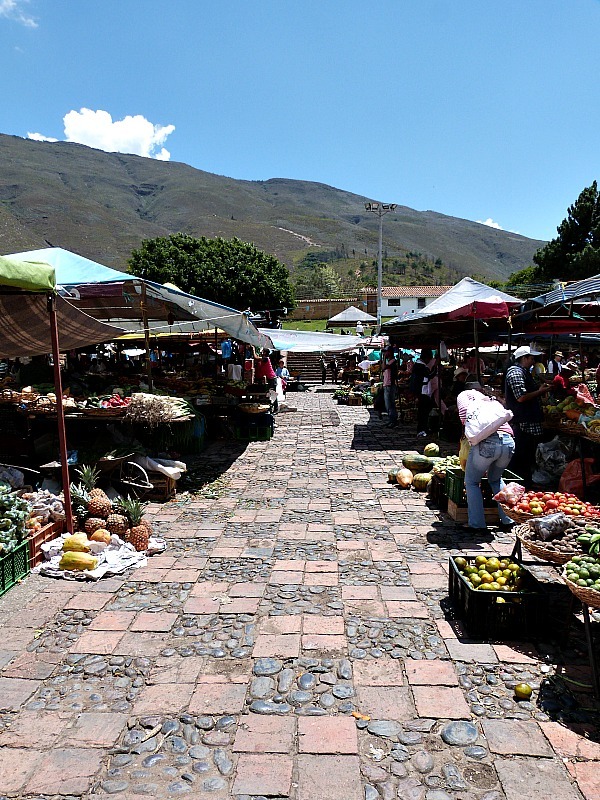 The view from our hostel was of the beautiful green mountains surrounding the town. It was nice to be somewhere a bit cooler and it felt like a novelty to sleep with a duvet.

We enjoyed the relaxation but it was time to meet up with my brother again who was waiting for us in Bogota, so that was our next stop. 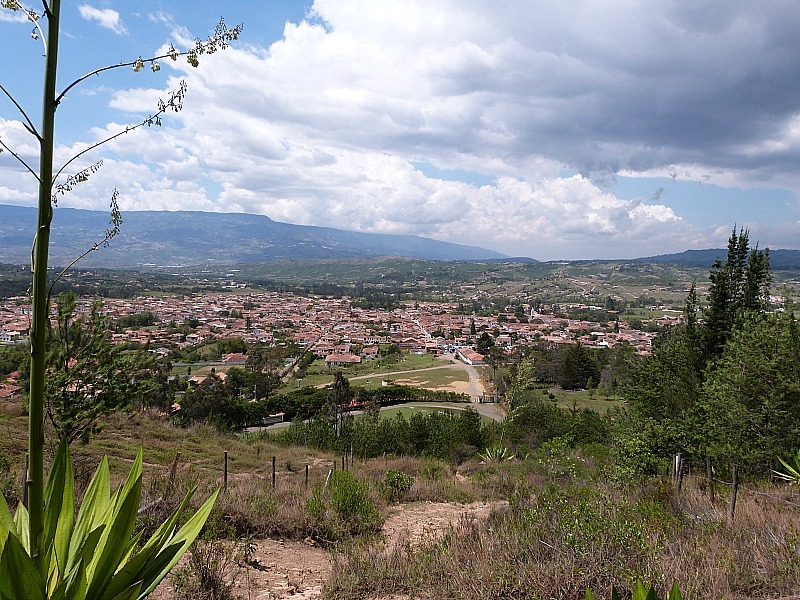 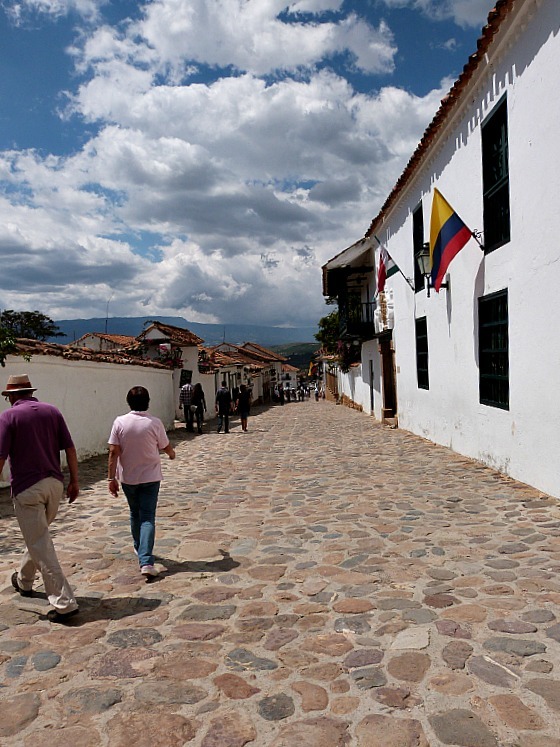 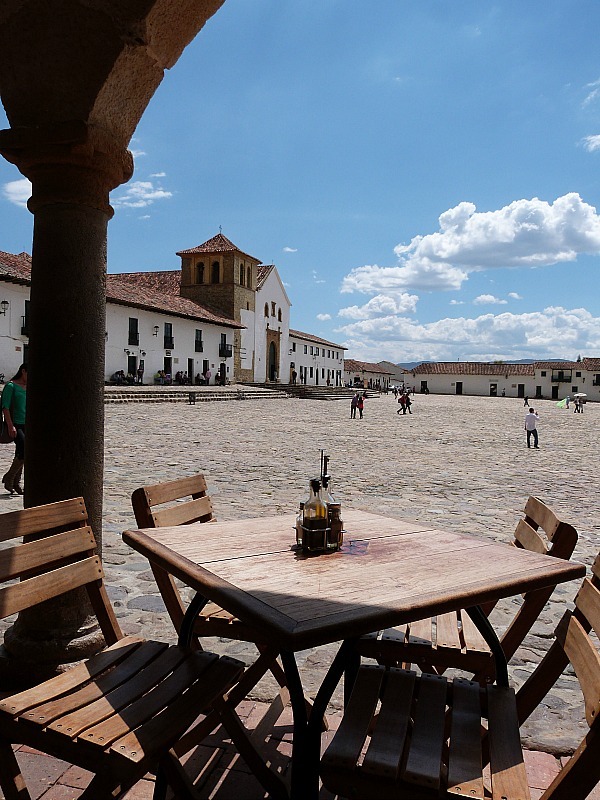 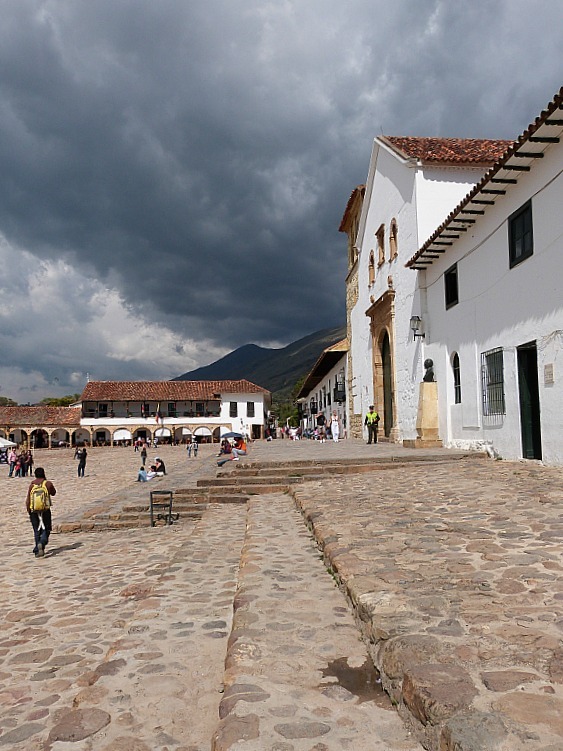 Our first impressions of Bogota didn’t amount to much as the weather was terrible; low grey cloud and really cold. We arrived in the afternoon and hung around in the hostel TV room meeting fellow travellers and keeping warm.

We ventured out to a dodgy looking Mexican joint for dinner which in hind sight wasn’t a good idea as it gave me my second bout of food poisoning in a month and made me waste the next day in bed.

Feeling a lot better on day three we set out to explore the City Centre and La Candelaria, the historical area of the city where we were staying. Bogota isn’t the prettiest city I have been too but it was a fairly pleasant place to walk around.

There is some beautiful street art in La Candelaria and some great places to eat. I had an amazing strawberry tart from a Swiss bakery, fantastic Mongolian BBQ and delicious Middle Eastern shawarma. 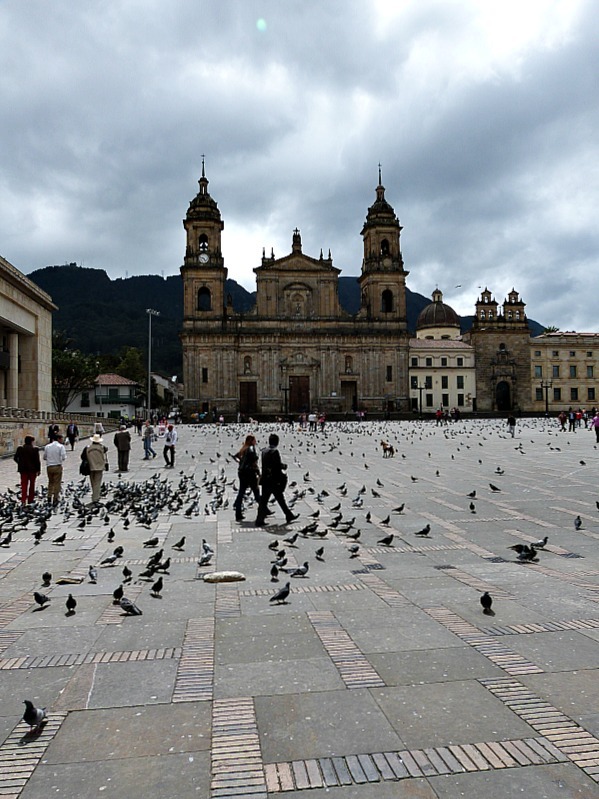 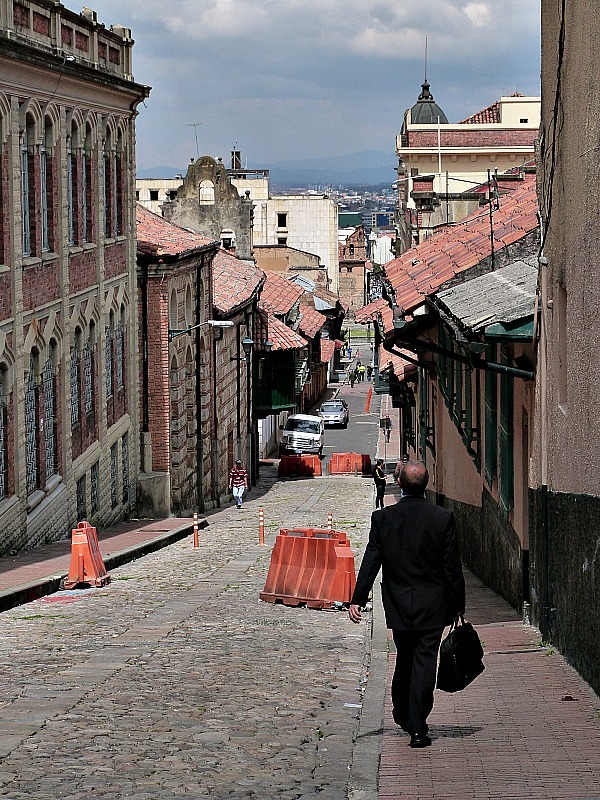 We visited the Museo del Oro (Museum of Gold) which was full of gold artifacts and quite interesting. There was a bar at our hostel and we took part in a Movie Quiz which got very heated and was a lot of fun.

This was followed by a big night out at La Villa which on Tuesday nights hosts ‘Gringo Tuesdays’. Despite the name it is mainly Colombians that go and we had a fun night dancing. The boys went on a bike tour the next day but I decided to nurse my hangover at the hostel instead. 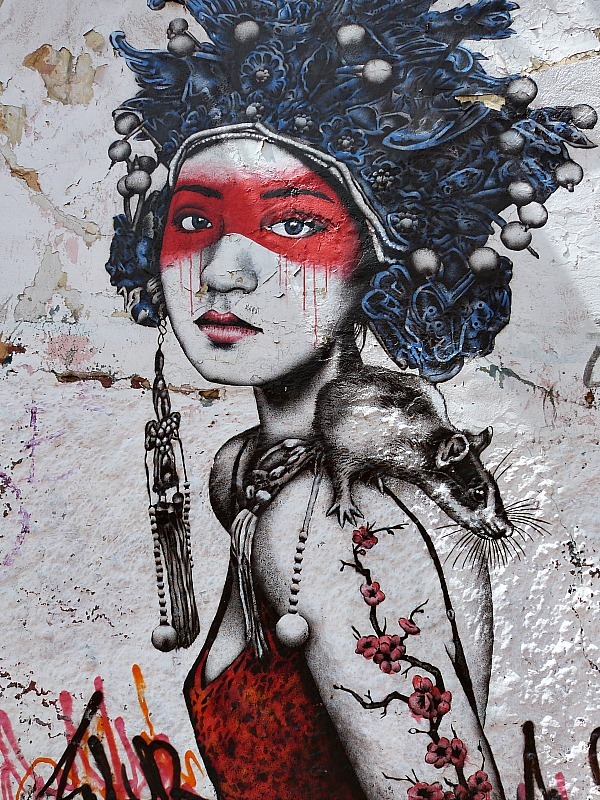 We had a fun time and met some great people in Bogota but we were itching to move on to the Café region. As soon as our bank cards arrived from Cartagena, we left Colombia’s big smoke.

2 Comments on Colonial Mountain Towns and Exploring Bogota in Colombia