Canada, Travel Musings, USA
This post may contain affiliate links. If you make a purchase through an affiliate link, I will earn a commission at no extra cost to you. Thanks for your support. 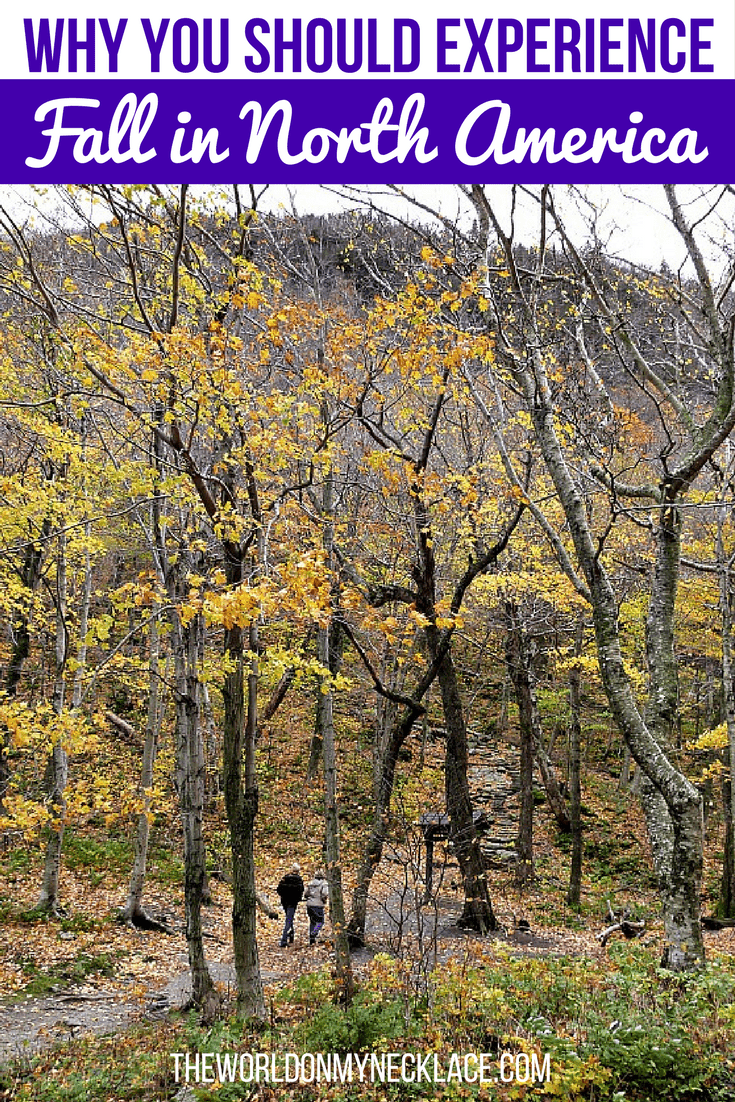 Coming from the North Island of New Zealand, I grew up without knowing the captivation of the magical season known as fall in North America.

A season that transforms parts of the US and Canada into a multi-hued, sanguine wonderland. Sure, we still had autumn with the trees shedding their leaves, the temperature dropping in preparation for winter and the winter woollies making their first appearance, but the similarities stopped there.

Autumn heralded the beginning of the cold so it wasn’t welcomed where I am from.

We don’t have the glorious trees that turn bright colours before shedding their leaves. We don’t have Thanksgiving or celebrate Halloween – well not to the extent of the US and Canada. Fall was kind of a boring in between season. A non-event. I never knew what it could be, and is, in other parts of the world. Like fall in North America. I had no idea.

My first fall in North America was in Vancouver, Canada. Trav and I moved there in August 2009 to experience living somewhere else and to have a break from London. Summer was glorious and we spent a lot of time at the beach and exploring the wilderness surrounding the city, hiking and biking in Stanley Park and soaking up the sun.

We were nervous about the Canadian winter as it is meant to get a lot colder than the UK and we found it cold enough there. We wondered what we had got ourselves into. But as the temperature started dropping, something amazing happened.

Vancouver went through a metamorphosis. 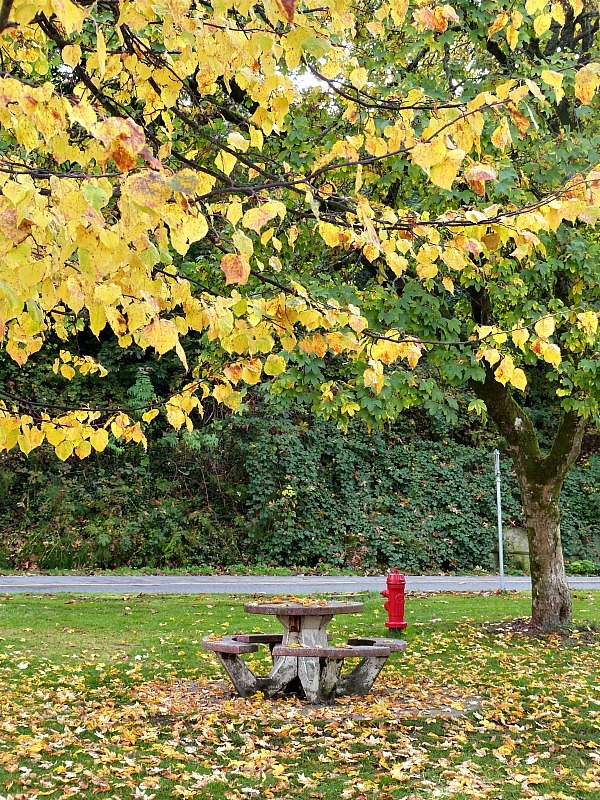 The leaves changed to fiery oranges, reds, yellows and even purples in their last days, before dropping from their mother’s boughs and scattering the pavements with their vivid splendor. 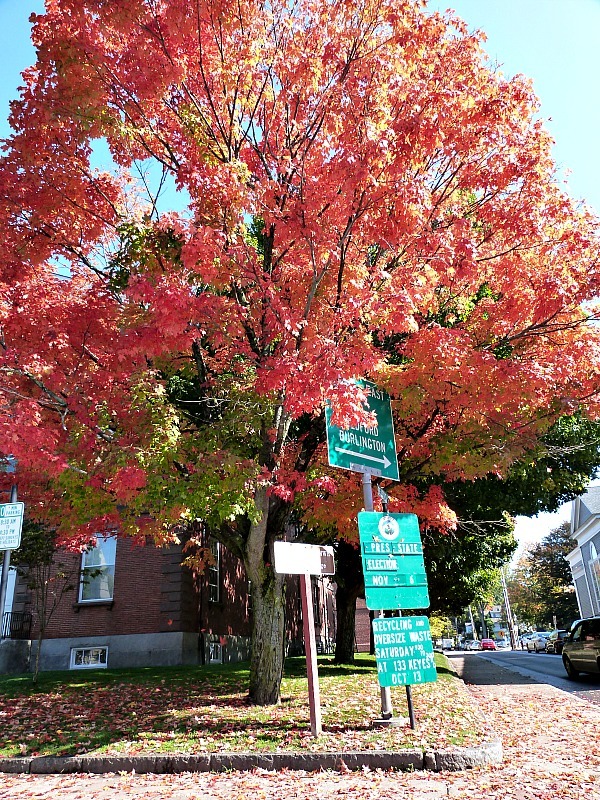 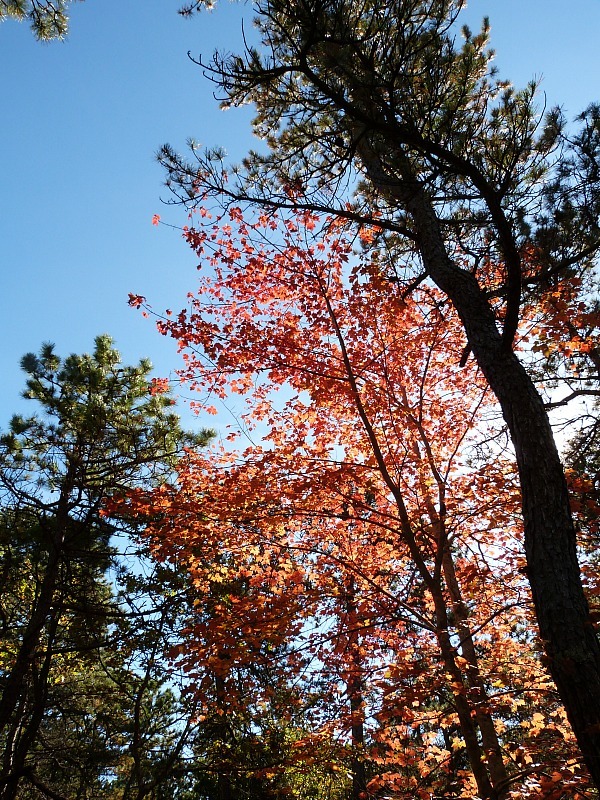 Pumpkin patches popped up with piles of big, orange gourds for people to pick from to create Halloween jack o’lanterns and make pumpkin pie; a fun family outing. 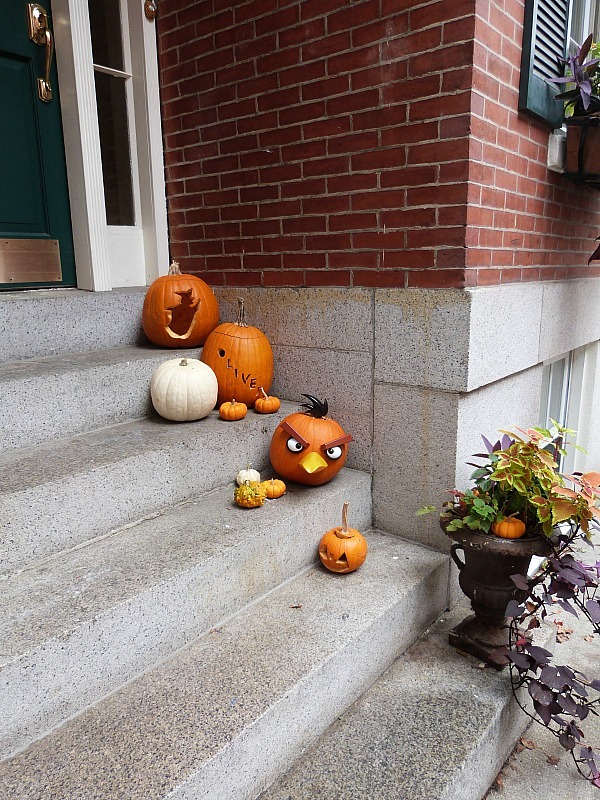 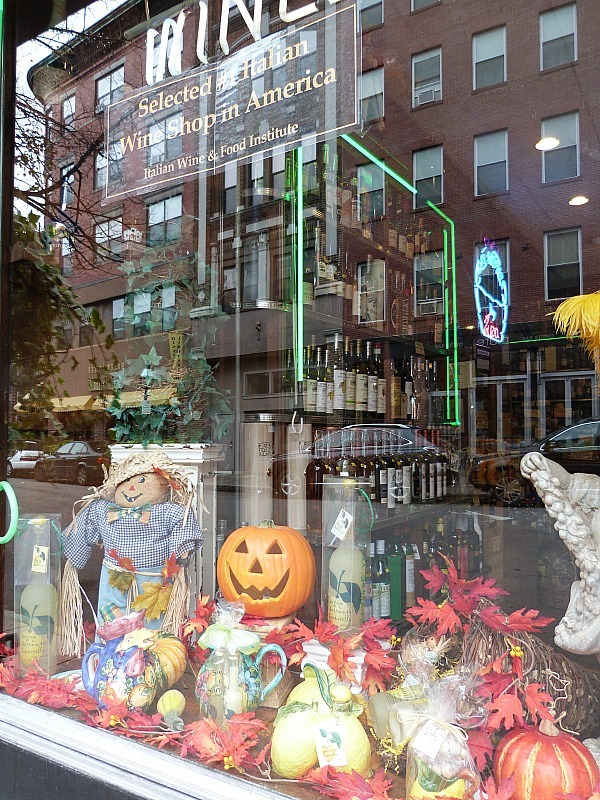 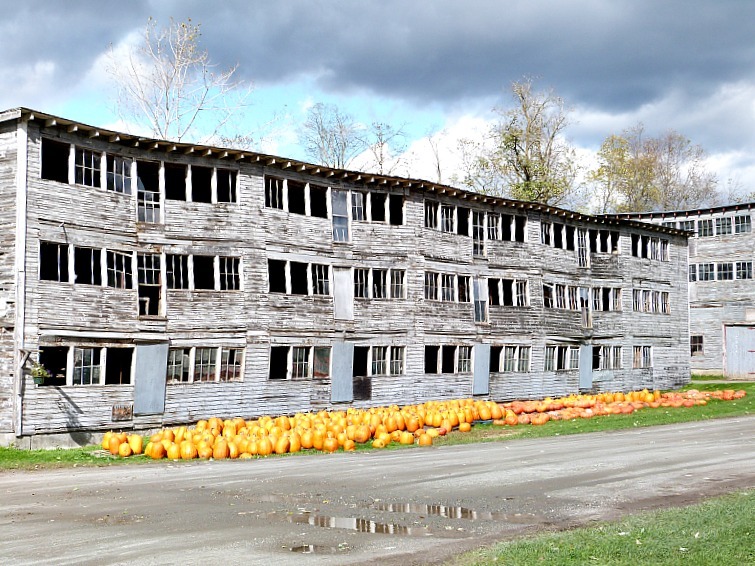 Crisp walks in the Autumnal sunshine, sipping a pumpkin spiced latte, leaves crunching underfoot with blazing colours all around is my kind of heaven. THIS is fall in North America.

Fall is only for a short period of a few weeks but I was already in love. 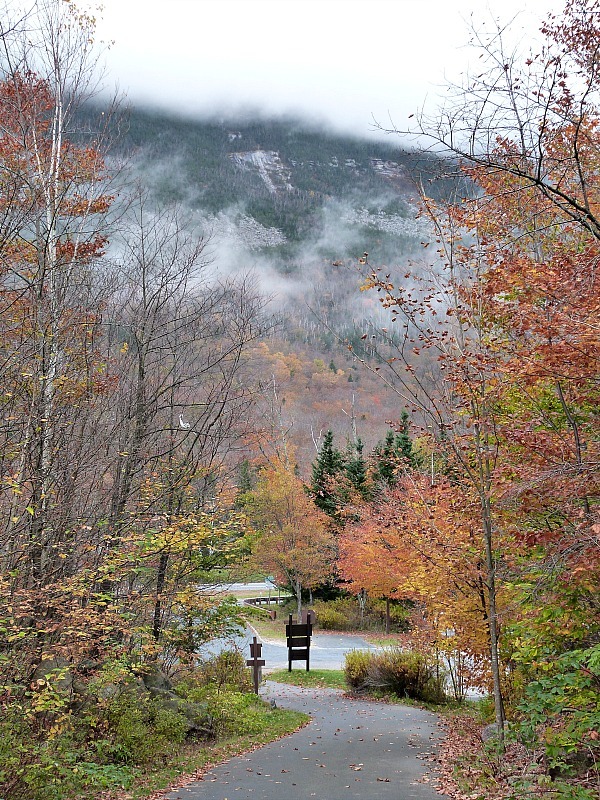 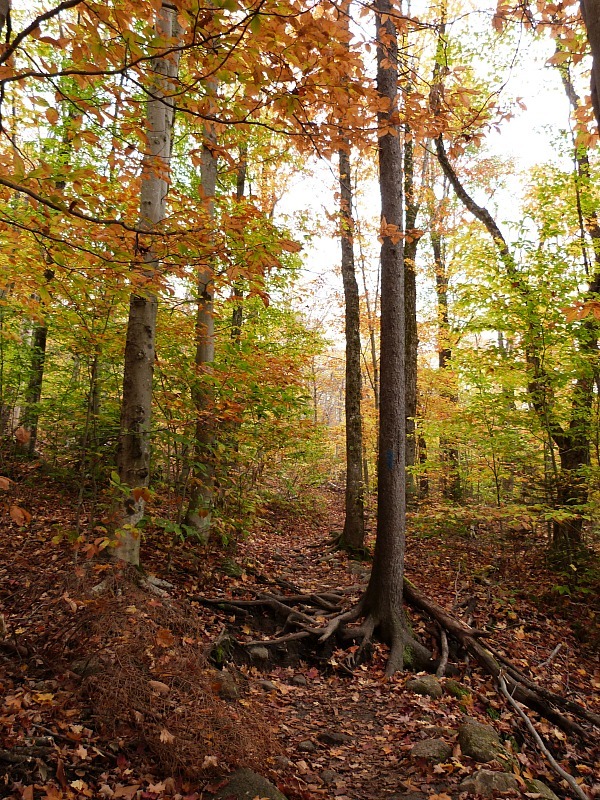 My new found love for this previously overlooked season was why Trav and I decided to visit New England for three weeks in October 2012. This is THE place to come for the best of fall in North America: there are so many deciduous trees here that you can see the colours change from SPACE.

So we hired a car to drive through the New England countryside. Our first fall in North America tour. 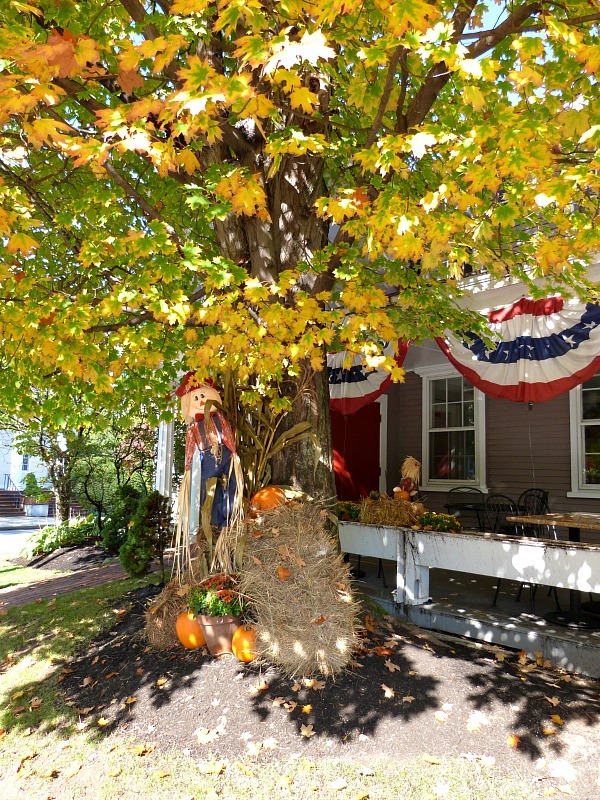 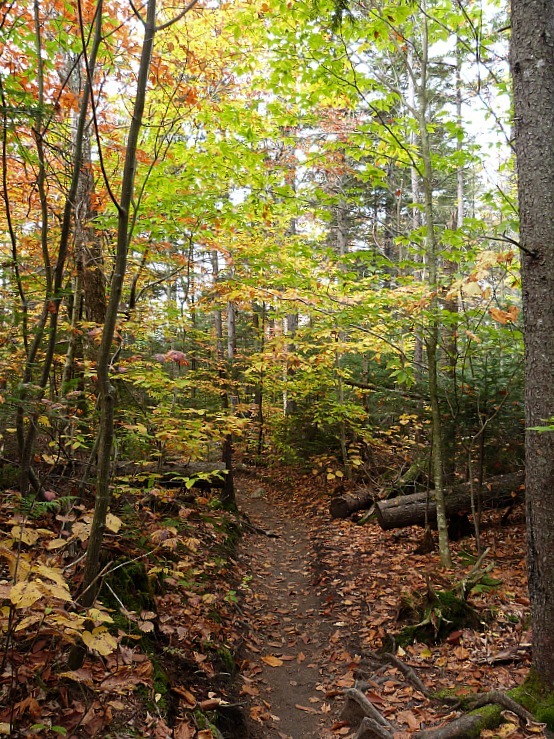 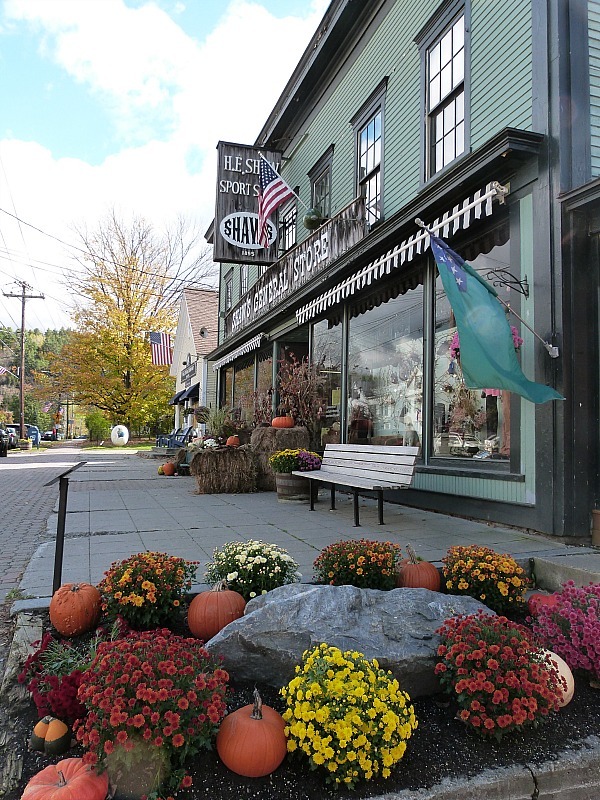 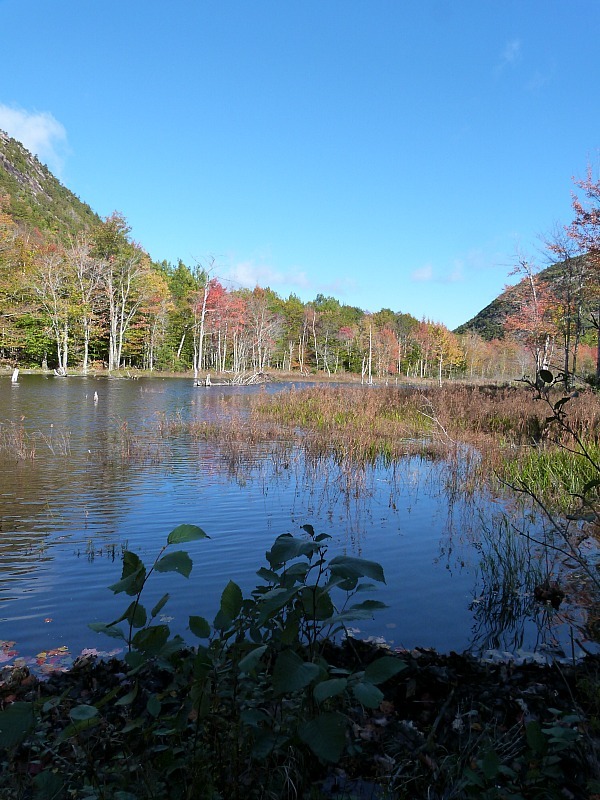 We visited Farmers Markets to stock up on seasonal produce, ate at amazing local cafes and restaurants and leaf peeped till we were pooped. 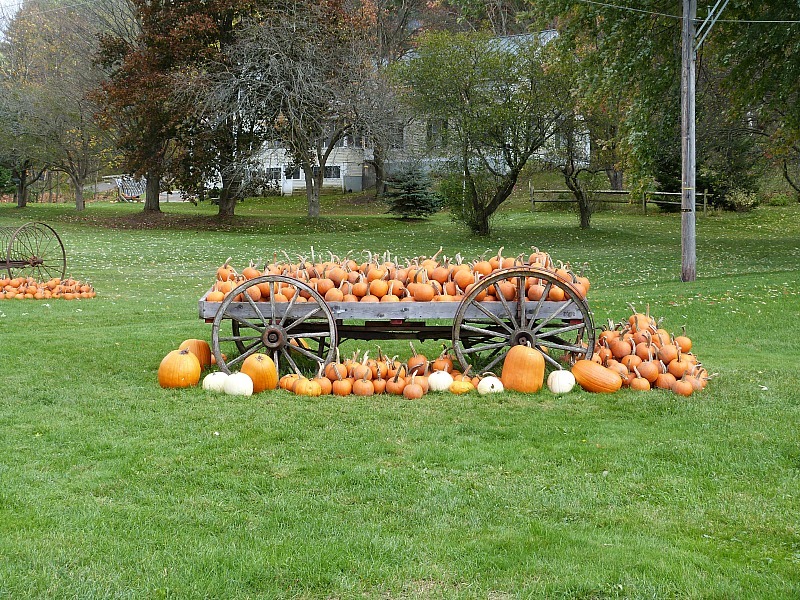 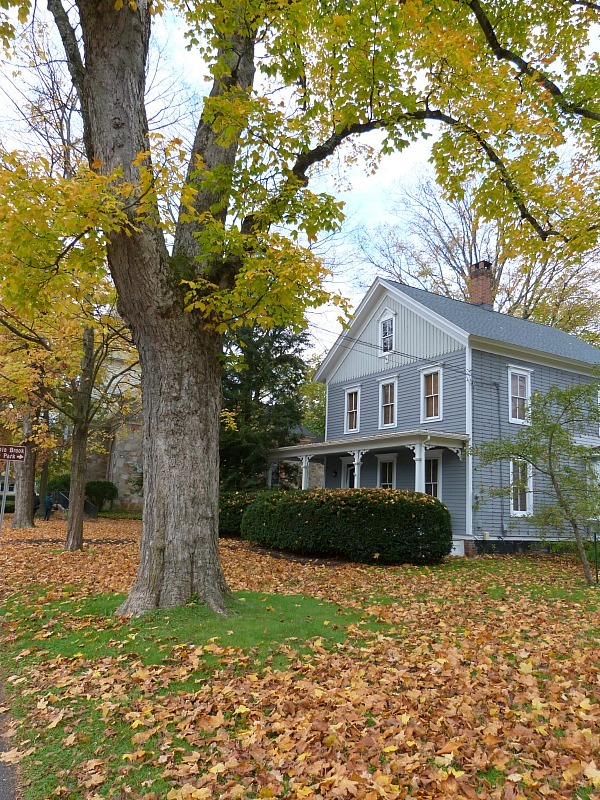 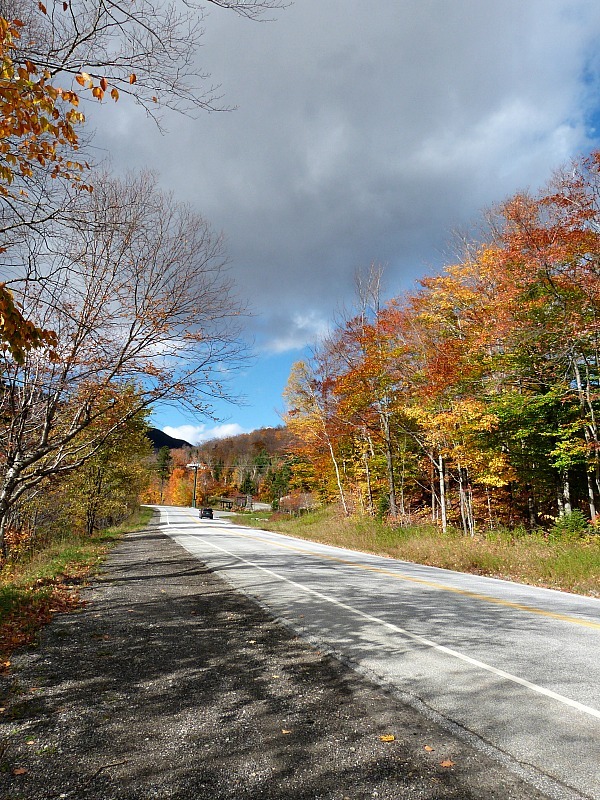 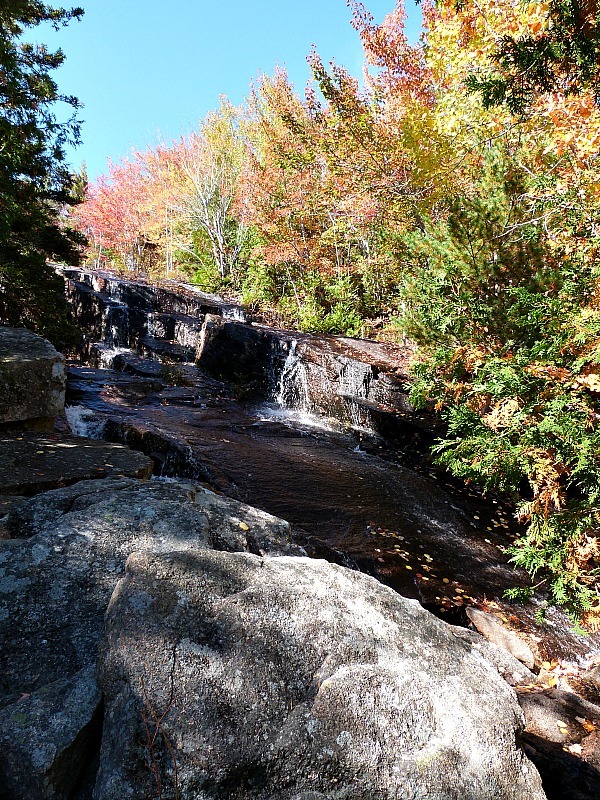 In Salem, Massachusetts, fall is when the town really comes alive with Halloween being celebrated for the entire month of October. This is the infamous town that burnt ‘witches’ at the stake back in the 17th Century.

We were there in early October and the celebrations were already in full swing with people wandering around in spooky costumes and Halloween decorations gracing houses, shops and even lampposts. 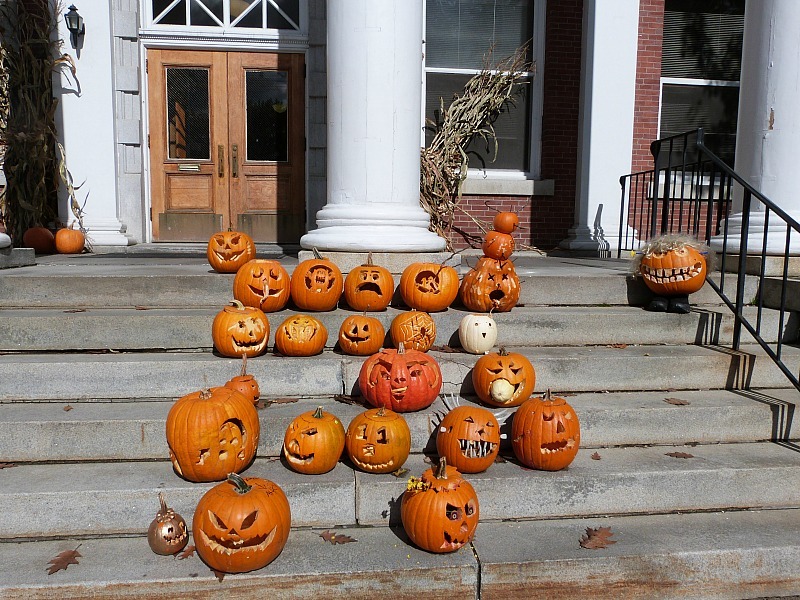 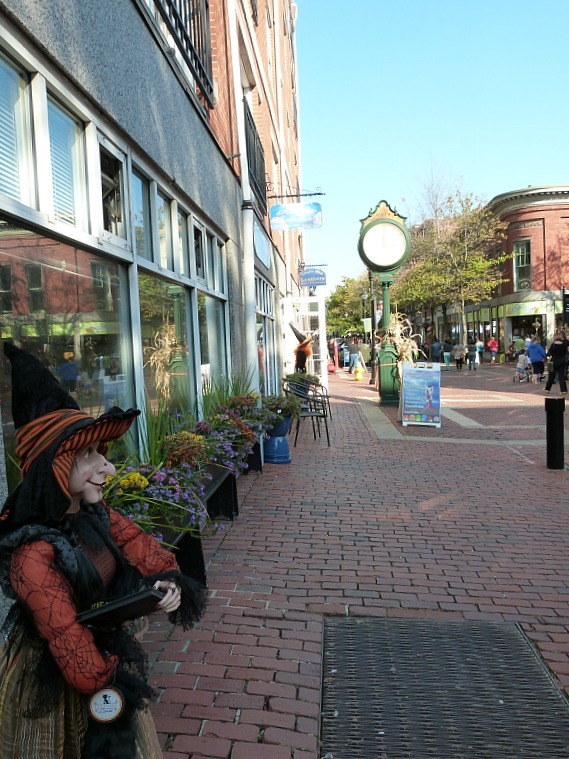 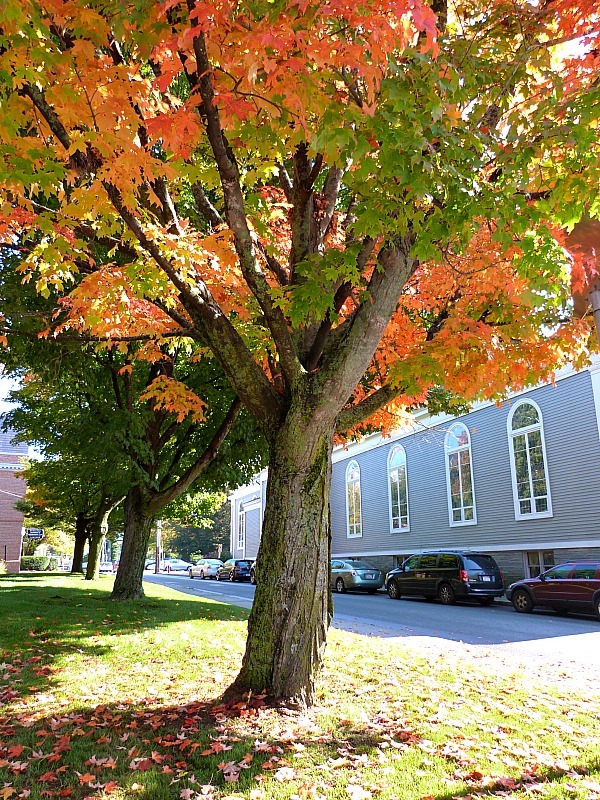 Another week was spent in Boston and New York where fall was just as prevalent on strolls through Boston Common, Central Park and Brooklyn Heights Promenade. 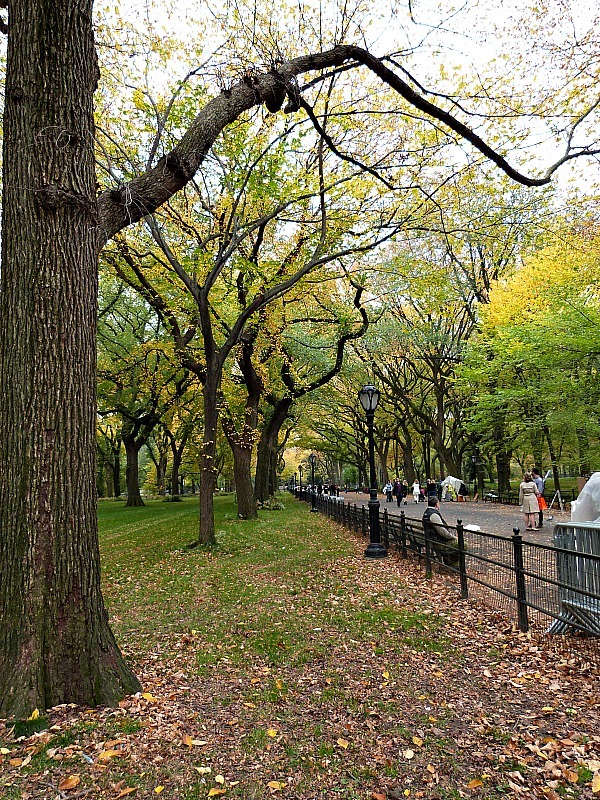 Back in Canada, if you are in British Columbia in fall it is definitely worth watching the salmon run. The salmon run is when the salmon start making their way back from the ocean, swimming sometimes thousands of miles back to the river that they were born in, to lay their own eggs. Once they have laid their eggs they die.

We were lucky enough to see an early Sockeye salmon run near Shuswap Lake in the BC Interior. Sockeye salmon are an interesting species of salmon and what makes them differ from other breeds is that when they exit the ocean and start their long journey back to their place of birth, their bodies undergo drastic changes, turning a bright red while their heads turn green.

A large hump arises from the middle of their backs and their top lip becomes more prominent, curving over their bottom lip.

The males will zig zag across the river with their humps breaking the surface, attacking each other and protecting their females. The bright red and green of the salmon are really quite beautiful and it really is quite a sight to behold. 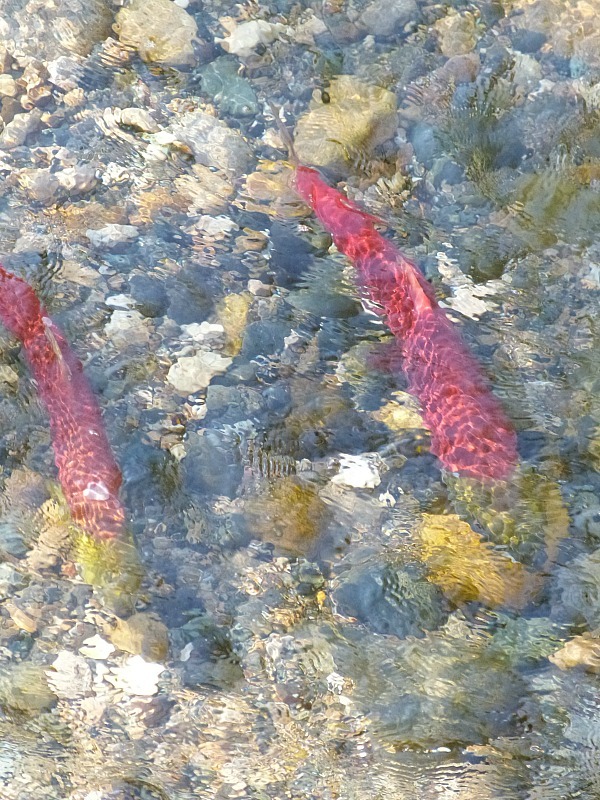 Of all of the wonders of the Autumn season, Thanksgiving has got to be one of the best. Americans celebrate Thanksgiving at the end of November, with Canada’s celebration taking place a month earlier, on the second Monday of October.

Last year during Thanksgiving we were volunteering on Quadra Island, one of the Discovery Islands between Vancouver Island and the Mainland in BC. The lovely lady we stayed with warmly included us in her Thanksgiving celebrations which comprised of family, friends and even another volunteer – an English WOOFer in his 50’s.

Trav and I won a ham and some sausages at the local Canadian Legion meat raffle so we had a feast of Roast Turkey with sausage stuffing and cranberry sauce, Baked Ham, roast potatoes and various other vegetables drowned in delicious gravy and followed by two homemade pumpkin pies.

We had some drinks out by the fire then all sat around the big dining table and had a lovely evening of eating and talking. It is such a lovely holiday without the expectations that come with Christmas. It is about family, friends and good food.

Giving thanks for what you have in your life. I hope to get the chance to celebrate it again. 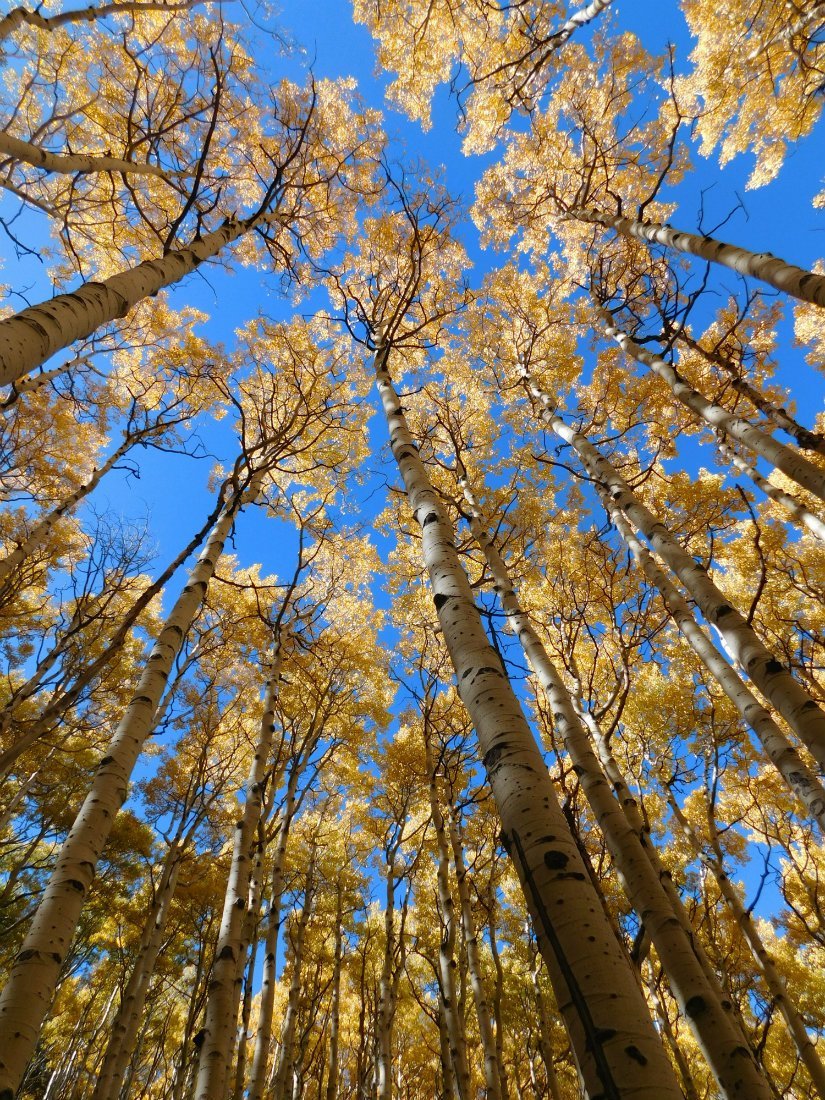 The mountains surrounding Quadra were covered in snow but it was still warm enough to be able to hike and take out the canoe. The summer throngs had departed so it was just us and the locals.

Our Host Linda took us into the forest to take part in another magical Autumn experience: picking the seasonal chanterelle mushrooms that grow amongst the moss in BC’s ancient forests.

We only went out for 30 minutes but within that time I managed to fill a massive bucket of the fairy-tale mushrooms. 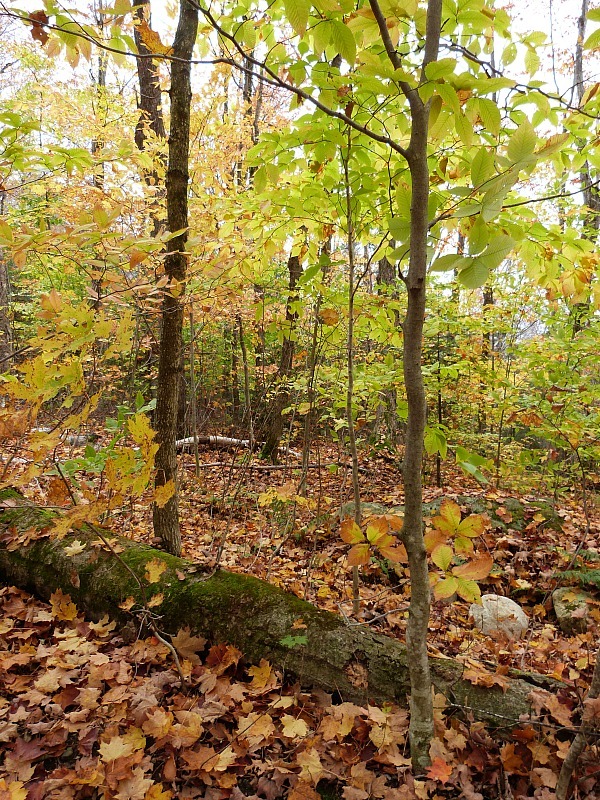 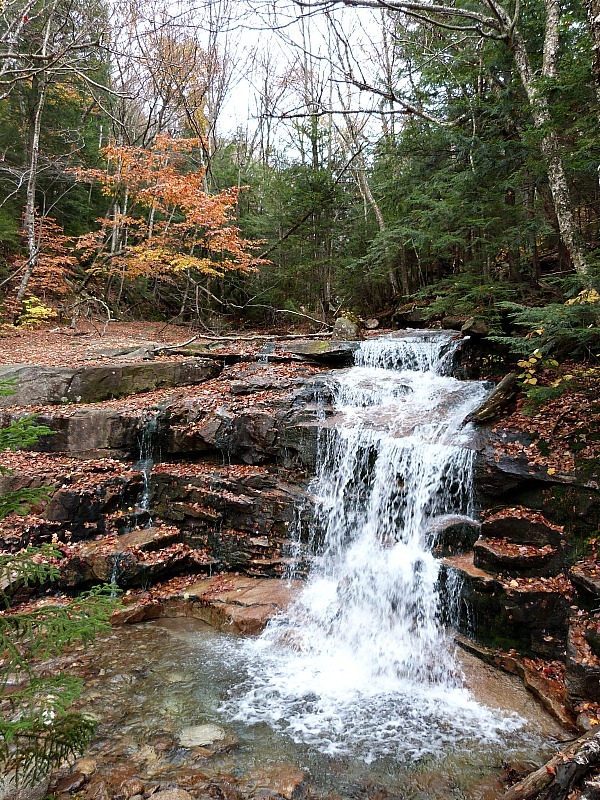 The forest had thick undergrowth, choked with rotting branches and covered in moss. I quickly lost the others as I scrambled through the natural obstacle course, searching for the crooked mushrooms nestled at the base of towering old growth trees.

Back at the house we cleaned the mushrooms, chopped them up and cooked them off in batches to be frozen.

We made a chanterelle fettuccine for dinner and although I am not usually a big mushroom fan, they had quite a mild, delicate flavour and I really enjoyed it.

Experiencing fall in North America has been one of the highlights of all of my travels. I will no doubt be back again and I highly recommend discovering this enticing time of year for yourself: you won’t regret it. 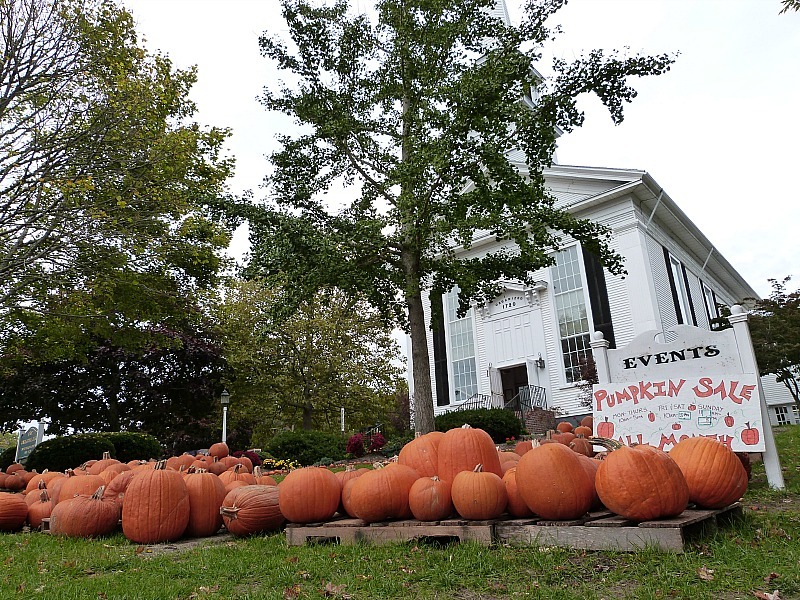 6 Comments on Why You Should Experience Fall in North America