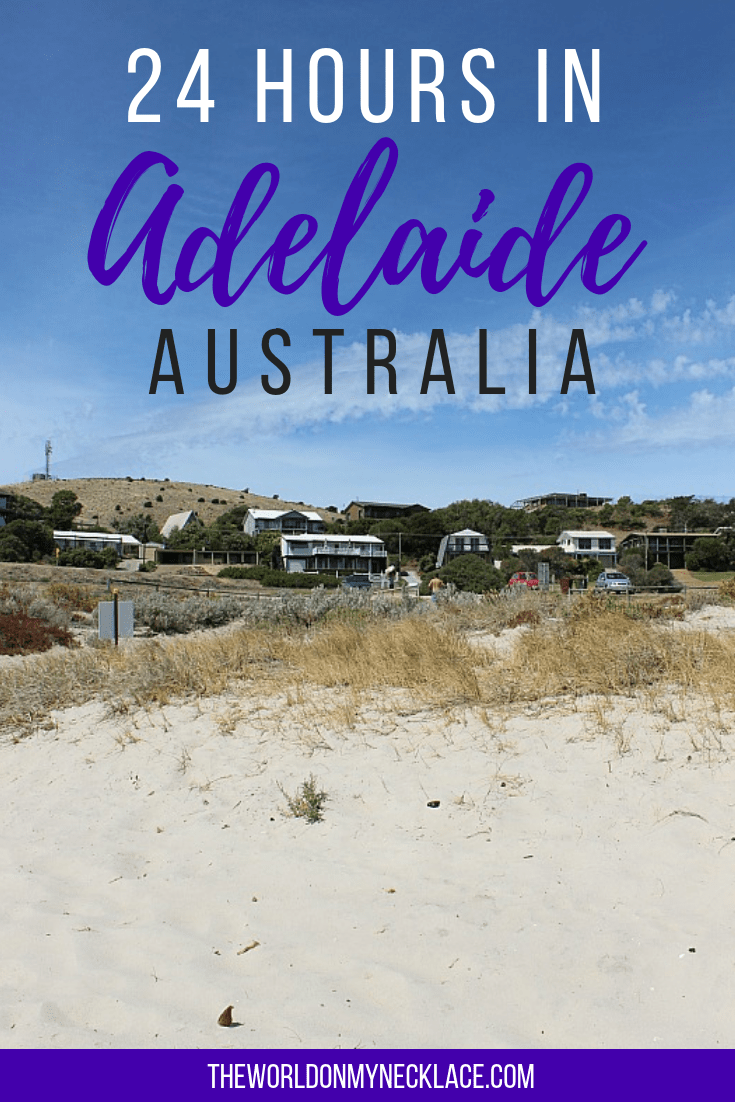 I didn’t give Adelaide enough time to really form an opinion, with only one measly night there and a short couple of hours in the morning.

Same with the Fleurieu Peninsula, where we basically just drove through to catch the ferry to Kangaroo Island, with a short stop at one of the beaches.

But even though it was an exceedingly short visit, I am going to tell you about it anyway.

Although we flew into Adelaide, we didn’t actually have any time to visit the city straight away as we had a ferry to catch. We picked up our rental car and set off out of town, through endless suburbs of dry front lawns and low set brick houses, to the Fleurieu Peninsula.

It was meant to take 2 hours to drive down to Cape Jervis and we had 3 ½ hours to do it in so we decided to take a short detour off the main road to visit Carrickalinga beach.

My trusty Australia Lonely Planet, which is ten years old and was purchased for a dollar from a garage sale, had a picture of Carrickalinga Beach in the front of it and that alone convinced me that it was the place we were going to spend the short amount of time afforded to us.

Carrickalinga Beach welcomed us with its long stretch of compact white sand and pale blue-green water. It still looked exactly like the photo, and like in the photo there was barely another soul around. 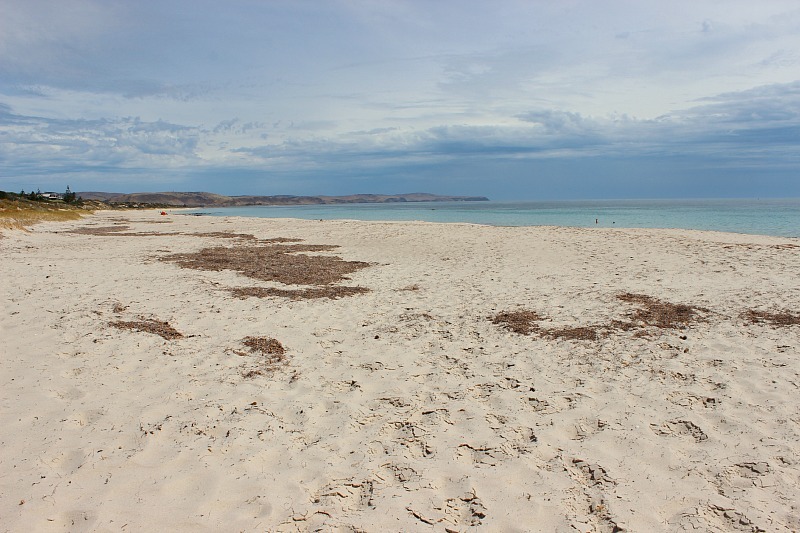 Walking along the sand the glasslike water captivated me. I had to get in. Floating around close to shore I couldn’t get over how clear it was. It reminded me of Fiji. This was my first taste of South Australian beaches and I was suitably impressed.

We lay on the sand under the hot midday sun, a breeze lightly stirring the sand around us as salt dried on our skin. Looking out at the water I saw a slick, grey head pop out above the surface. It looked like a cheeky seal coming to take a look at us.

Moving closer, we joined a local man at the shoreline. He said it was a dugong (manatee) as it had a long proboscis; quite exciting because I have never seen one before.

He asked us how we liked Carrickalinga and told us he was taking a break from renovating a house he bought, up the road.

What a place to live! 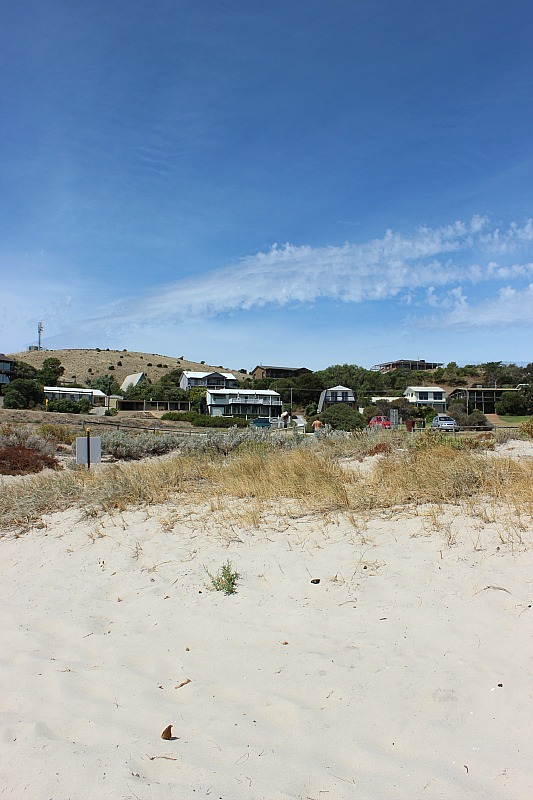 The water drew me back in for a final dip before all too quickly it was time to hit the road again, to ensure we didn’t miss our ferry. A large pod of dolphins appeared as we were walking back to the car, farewelling us from this special place.

The Fleurieu Peninsula was very brown and dry, as was Kangaroo Island, as it hadn’t rained in months. It’s a shame because I could imagine it would be quite beautiful when brushed with green.

We drove through small settlements, vineyards and acres of pasture land to reach the tip of the Peninsula at Cape Jervis.

After two nights on Kangaroo Island, we drove back up the Peninsula to Adelaide. As we got into the city the landscape changed starkly with the pale browns and yellows replaced with rich greens: like an oasis in the desert.

We arrived at our Airbnb apartment at 7pm, after driving through suburbs of tree-lined streets and historic homes.

Unlike the drab brick buildings and dead grass on the way out of the city, these suburbs were verdant and beautiful.

We stayed in the residential suburb of Stepney, in a gorgeous historic bluestone cottage. We got a great deal for the room on Airbnb and we had the house to ourselves, as our host was away in Melbourne for the weekend.

There are actually a lot of great choices on Airbnb for Adelaide and the surrounding area, next time I would love to stay in one of the Airbnbs in the Adelaide Hills – they look gorgeous.

It was tempting to just hang around and relax in the cottage after a long day of sightseeing and driving but we only had such a short amount of time in Adelaide to begin with.

After dropping our bags and showering away the grime of two days without showering facilities, we drove into the city for dinner.

Walking along inner city Gouger Street, past a string of popular bars and restaurants, we headed for Adelaide’s Chinatown which consisted of a large ornamental gate and a short pedestrian street that was strung with colourful lights and lanterns.

I spotted Superstar Taiwanese fried chicken and couldn’t resist. There was no seating at the small takeout restaurant so we ate our dinner on a park bench on the edge of Victoria Square.

We walked the streets in the city aimlessly for a while. The main things I noticed were that there were no really tall buildings, making the city feel more like a large town, and that there were a large number of historic stone buildings, much more than I have noticed in Sydney or Melbourne. 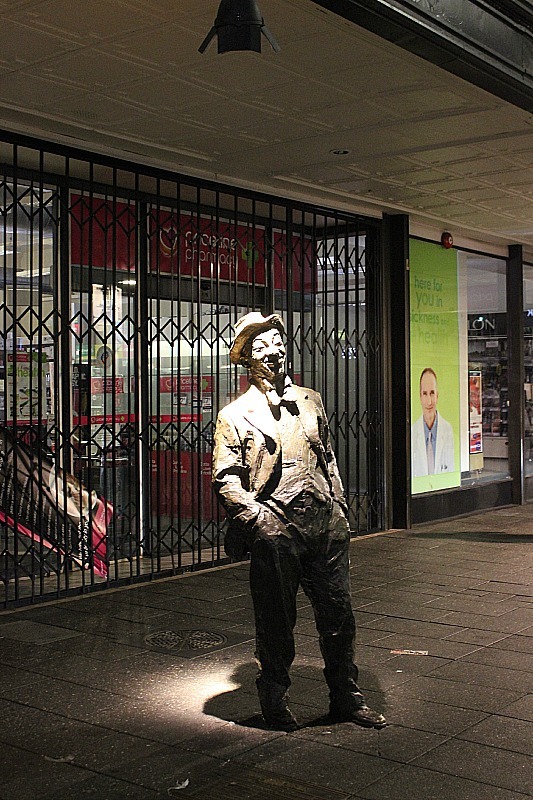 After a good night’s sleep and a nourishing breakfast of homemade muesli, yoghurt, fresh fruit, coffee and juice, we left our lovely cottage in the suburbs for one more quick visit into Adelaide.

Parking up by the River Torrens, we took the riverside path past manicured gardens and weeping willows that dipped down into the still water.

It all had a decidedly English feel to it, which I imagine they were going for, and I felt transported back to Oxford or Cambridge as we meandered. 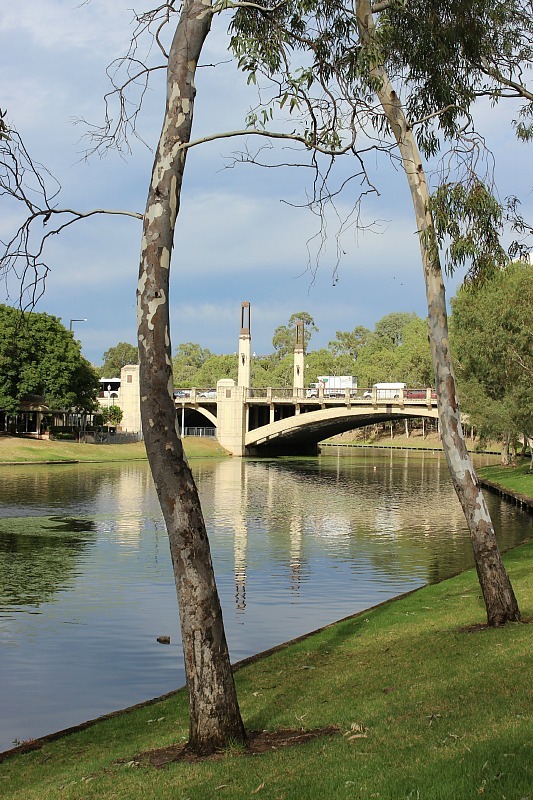 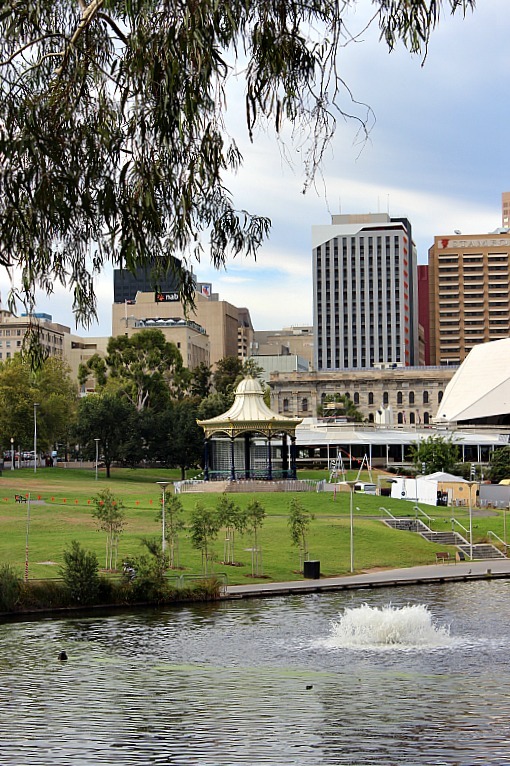 I would have liked to make it out to the beachside suburbs of Henley and Glenelg but all too quickly it was time to head back to the airport to catch our flight home.

All in all, I liked Adelaide. It was a great size to explore, very green and packed full of beautiful old buildings.

But next time I will definitely give it more of my time. 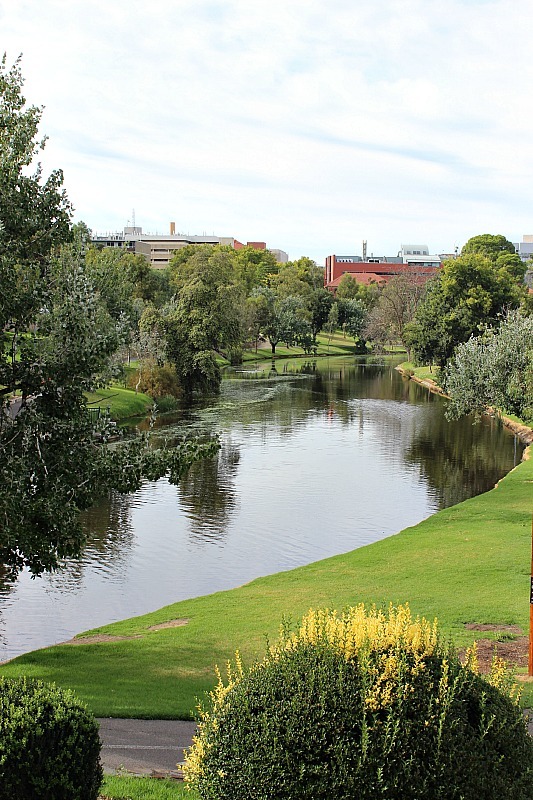 12 Comments on 24 Hours in Adelaide and the Fleurieu Peninsula