Some people travel for adventure. Others go away to relax. But for some, they’re looking for the tourist spots which will scare the bejesus out of them.

It might seem like an unlikely travel motivation, but it’s more common than you’d think. In fact, I myself am partial to visiting cemeteries around the world – it’s a great way to get an insight into the local culture, as well as spooking yourself – especially if you visit at night.

There are more spooky places around the world than you’d believe, drawing in crowds of people from all over who visit for the thrills. Here are six of my favourites. If you’re feeling brave, check them out and visit one soon:

To ease you into scarier adventures, we’ve picked this former Nazi military prison which has been turned into a hotel. It’s not like anywhere else you’ve stayed before, though.

As a guest, you’ll be treated as an inmate. That means being under 24-hour surveillance, verbally abused by guards, as well as being subjected to some haunting. In this spooky place, cell doors open and light bulbs come off all by themselves. Only the bravest will manage more than one night. If they manage that.

2) The Island of the Dolls, Mexico

La Isla de le Munecas, an island just south of Mexico City, is home to loads of scary-looking dolls hung up all over the place. According to rumours, the island was home to a loner, Don Julian Santana, who discovered a drowned child and hung up the doll he found alongside the body. After which, he continued the tradition and now there are thousands of them. 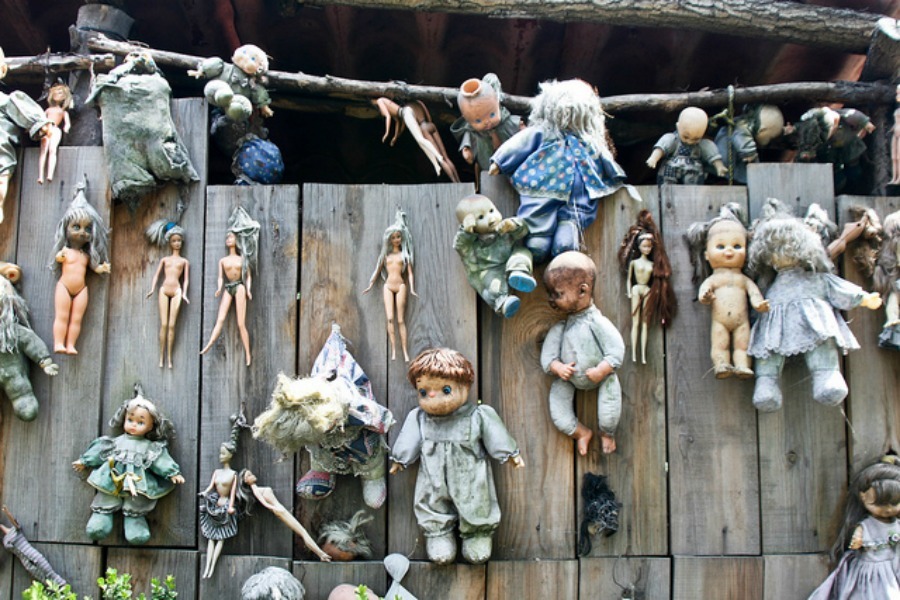 The second most popular place where people kill themselves, after San Francisco’s Golden Gate Bridge, is Aokigahara on Mount Fuji. It’s a forest that Japanese mythology claims is haunted by a whole lot of demons. The forest is so lush and vast, many bodies go undiscovered for years. With such a dark legacy, it’s an eerie place to visit.

Why is it we sometimes enjoy being scared by such spooky spaces. “It’s like watching a good horror movie,” says Andrea Holden, media relations manager for Czech Tourism USA. But even she wouldn’t spend a night in the Czech Republic’s 15th-century Gothic church, home to 40,000 human bones.

It’s only about 90 minutes outside Prague, so why not give your weekend break a scary twist? If you’re feeling up to it, of course. 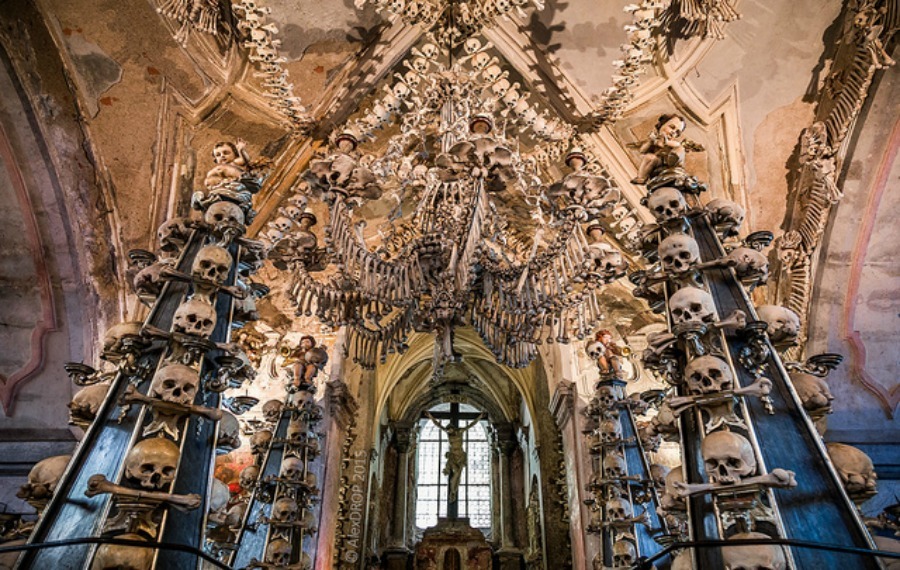 This museum in Bangkok is used by Thai medical students and professionals to learn. But if you’re not used to seeing things like preserved babies born with physical defects to the mummified remains of serial killers, it’s a creepy place to go.

The world’s largest voodoo market, Akodessewa is full of strange things. We’re not talking about the usual souvenirs you’d take home to your family. These are things you might use in some kind of ritualistic animal sacrifice. It’s no surprise the place smells so bad. But, according to this list, the most frightening of all are the crazy-eyed voodoo ladies and their dubious magic powders.

Would you dare to visit any of these places? Let me know.