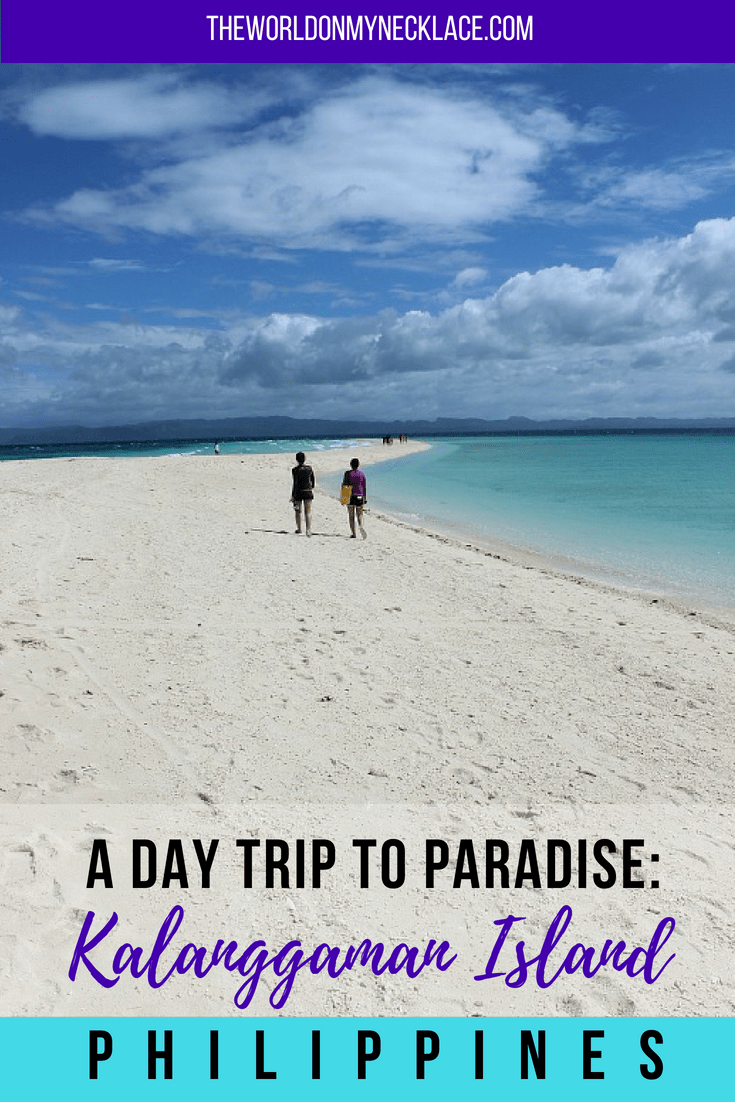 The word ‘paradise’ is bandied around a lot, I know. But sometimes there just isn’t a better way to describe a place that looks like, well, paradise, and Kalanggaman Island definitely fit the description of paradise for me. 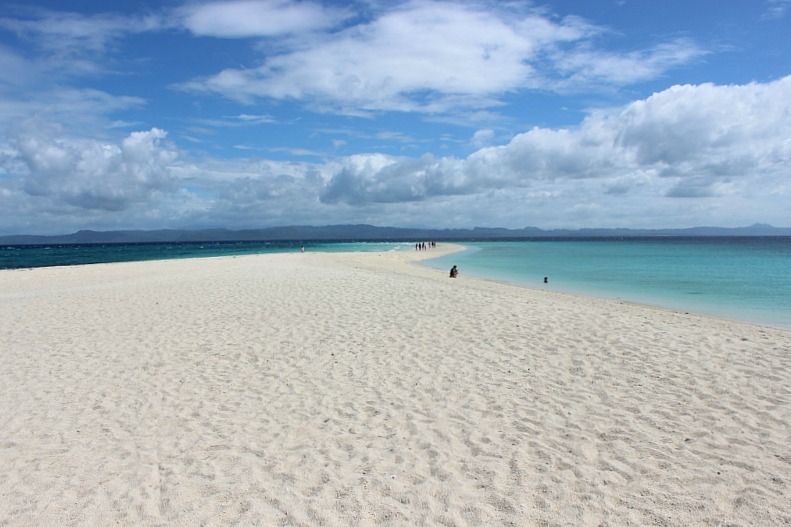 I loved that Kalanggaman Island is uninhabited and hard to get to. While the beaches of places like Boracay are beautiful, they are often jam-packed full of people.

Large crowds taking up nearly every inch of a beach didn’t interest me. I wanted to go somewhere with minimal people, and Kalanggaman Island fit the bill. 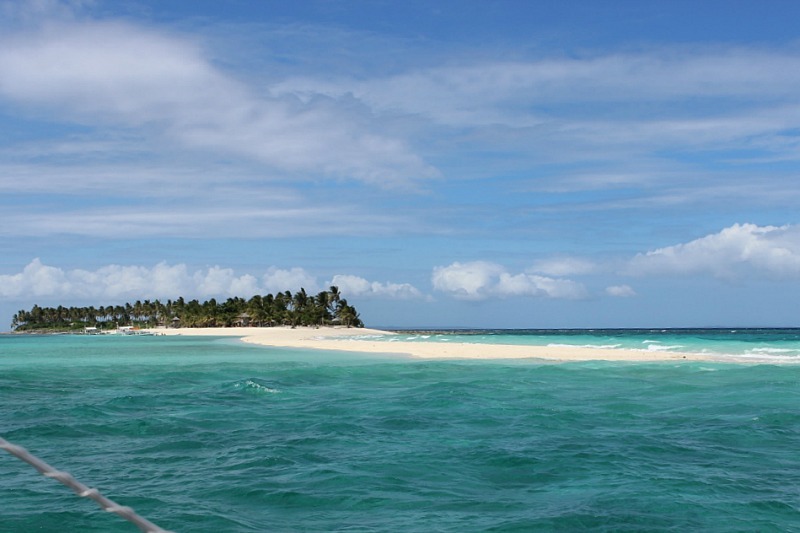 It was a two hour trip to Kalanggaman Island on a large outrigger boat from Malapascua Island. We had booked it with one of the sales guys walking along the beach the day before.

We met outside one of the diving resorts and he took us to the boat from there, where we met the other travellers joining us on our day trip.

Most of the others were Filipino, in fact it was only us and two Dutch guys that weren’t from the Philippines. We talked to a friendly girl who works in Corporate Recruitment for a TV Network in Manila on the long boat trip over.

It was just open seas for a while then I caught my first glimpse of Kalanggaman Island – entirely flat and covered by palm trees. As we got closer, the magnificent sand bar that makes this island particularly special came into view.

We arced around the sand bar, marvelling at it as we went, then landed on the beach on the opposite side of the island. 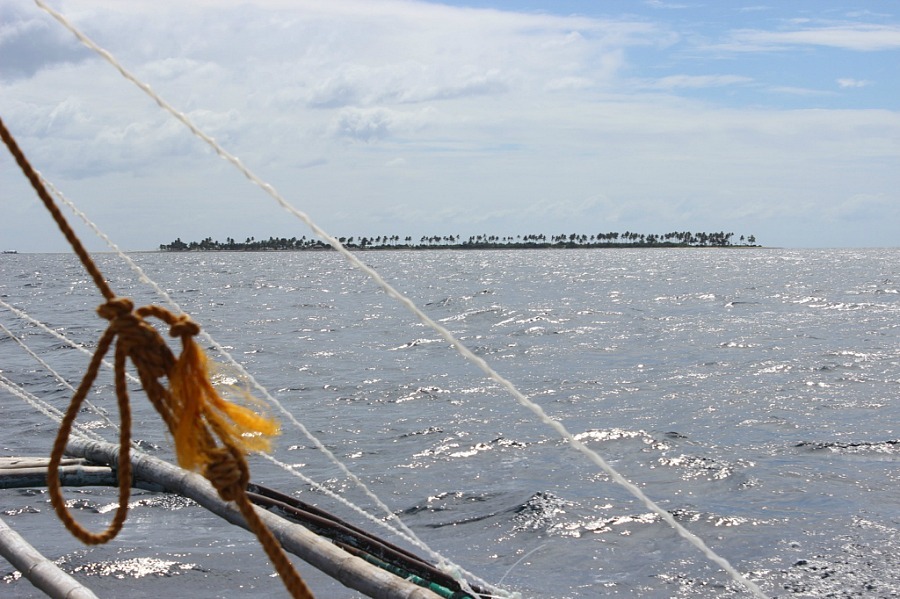 As soon as we landed on Kalanggaman Island,  I headed straight for that sandbar. I needed to walk on it.

The sandbar is a long and narrow isthmus of powdery white sand that stretches straight out into the sea from one end of the small island. I have seen sand bars before but none this long and impossibly beautiful.

It was and still is one of the most beautiful beaches I have ever laid eyes on. 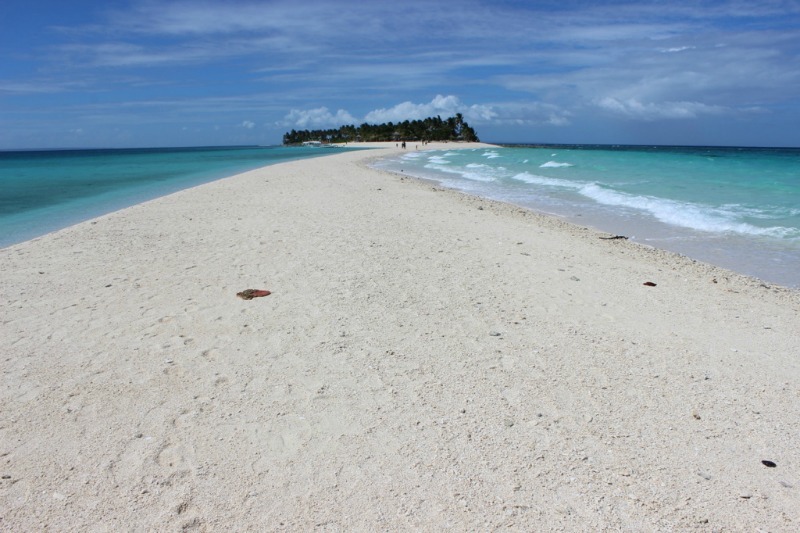 The wind whipped up the ocean on both sides of the sand bar so I didn’t swim there. I took loads of photos from the end before walking back in time for lunch.

The group lunch was a BBQ of chicken, pork, fried fish and clumpy white rice with soy sauce – a pretty standard tour meal in the Philippines I would come to find out.

We sat in a small open pagoda overlooking the beach. Everyone was quiet – just munching away and staring out at the beautiful water. 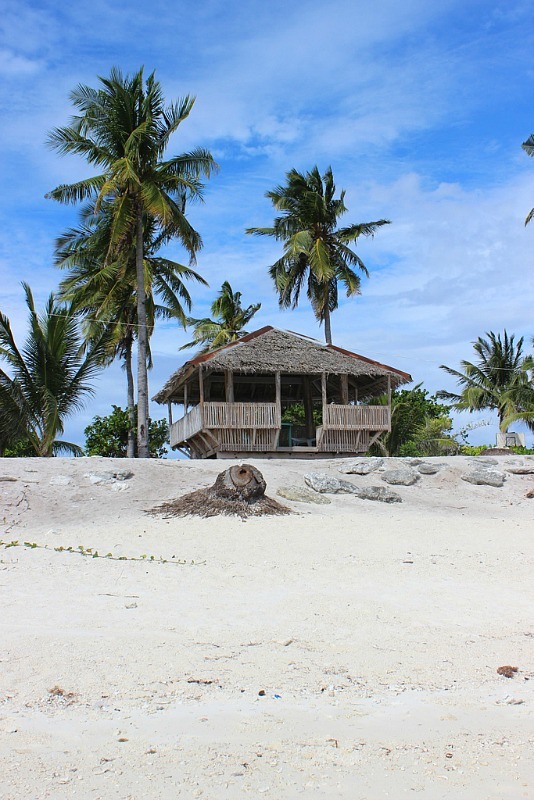 After lunch I headed straight down to the beach for a swim. Just floating in the shallows of the super clear water was some kind of heaven.

Hermit crabs scuttled along the beach in their various shells, each slightly different than the next. I don’t know about you guys, but I find hermit crabs really cute and I love watching them come out of their shells and try to pinch me when I pick them up. Their tiny claws are too small to break the skin – it just feels like a light pull on my finger. 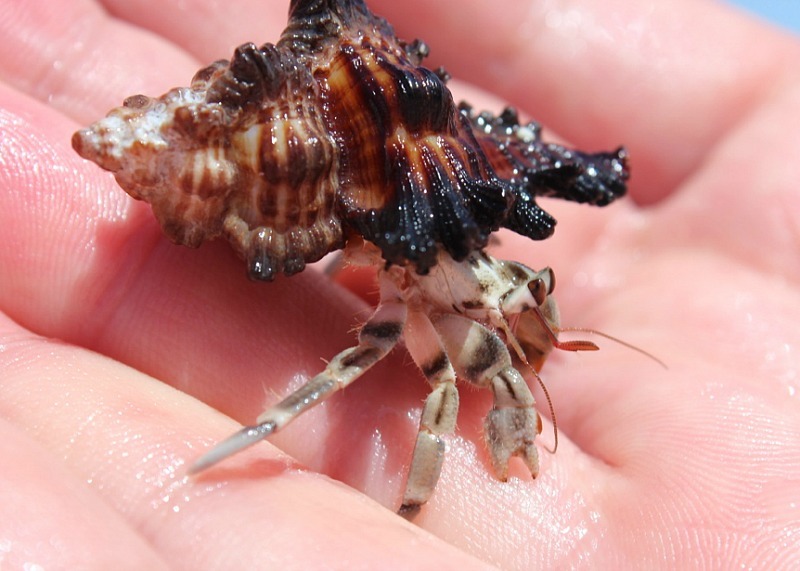 Some people were snorkelling further off the beach where there is a reef but I was content just alternating between the cooling waters and the fine grained sand of the beach.

But I did manage to make it off the beach to walk to the other end of Kalanggaman Island, not that it took long – only about ten minutes each way.

At the other end the coastline was more windswept and rocky, but still very beautiful. It felt more undiscovered and we didn’t see anyone else while we were exploring. 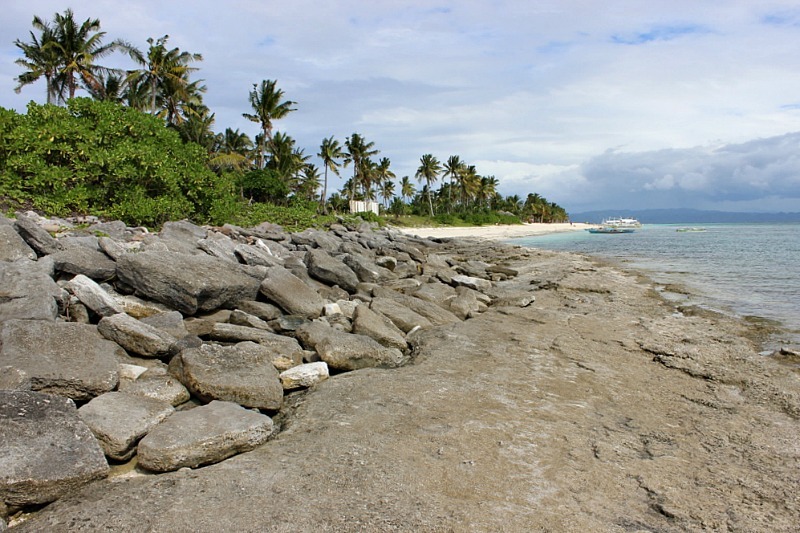 A Rocky Ride off Kalanggaman Island

Dark clouds loomed in the sky when we left and about 15 minutes later the storm hit us. The waves were giant and rocked and rolled the boat to a scary degree. The crew handed out lifejackets and said we had to wear them, which only served to frighten everybody more. 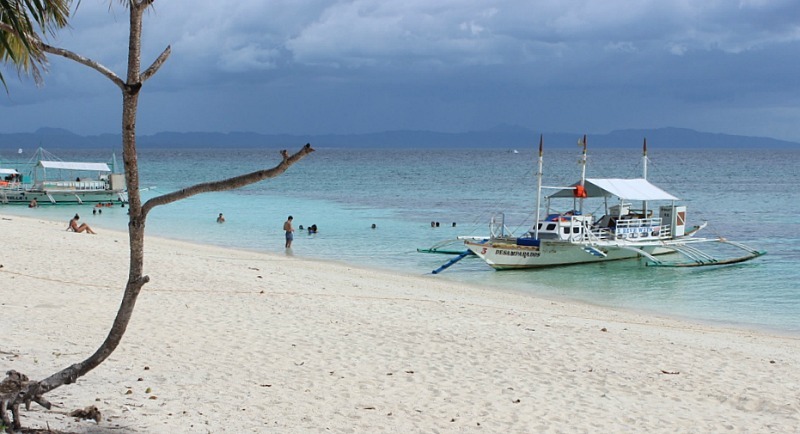 I was really scared for a while there but after about half an hour the seas calmed a lot. It was still slow going and it took us nearly three hours to get back.

But we got back in one piece – albeit it bedraggled, cold and exhausted.

And you know what, the ending of our day trip to paradise may not have been so paradisiacal, but it didn’t really change my opinion of Kalanggaman Island.

The magic of that place runs deep.

Have you been to Kalanggaman Island? Is it your idea of paradise? 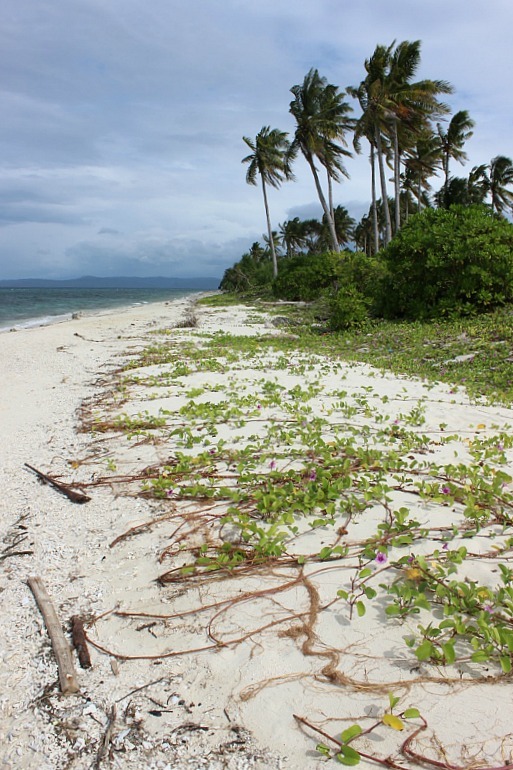 4 Comments on Kalanggaman Island: A Day Trip to Paradise