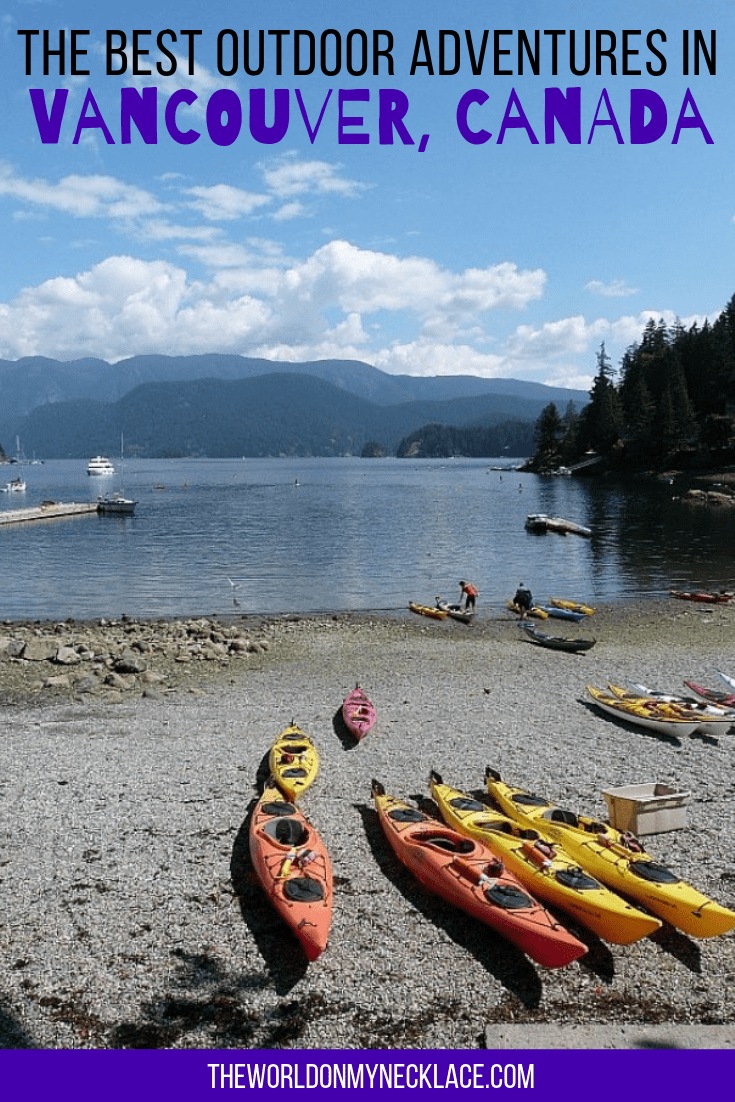 As our time in Vancouver was coming to an end, I started to feel anxious. Although I was excited about our road trip through the Rockies and the volunteering set up for after that, I couldn’t help but feel that the best part of the trip was over – this is the pull that this city has for me.

I had to keep reminding myself that the rain would start soon and wouldn’t let up for months, so it was a good time to leave.

I was hardly convinced.

My last week of my sales job covered some of the downtown, Cambie Village and Mount Pleasant. More interesting shops and funky bars and restaurants.

I made ten sales in the last week which was my best yet and my boss John said he was sorry to see me go. It turned out to be a fun job and I think I was pretty good at it.

Trav’s friend Delvin visited us for four days from where he is working in Northern Alberta. Unfortunately the weather wasn’t great but we found some fun things to do.

One afternoon Delvin hired a small speed boat from Granville Island for two hours. We took the boat around Stanley Park and under the Lions Gate Bridge then out past Lighthouse Park, around Passage Island and back, passing a couple of curious seals along the way.

It was a pretty spectacular trip despite the skies threatening to open and the wind battering us. Lighthouse Park’s namesake was even more beautiful seen from the sea and Passage Island looked like a tranquil place to live. 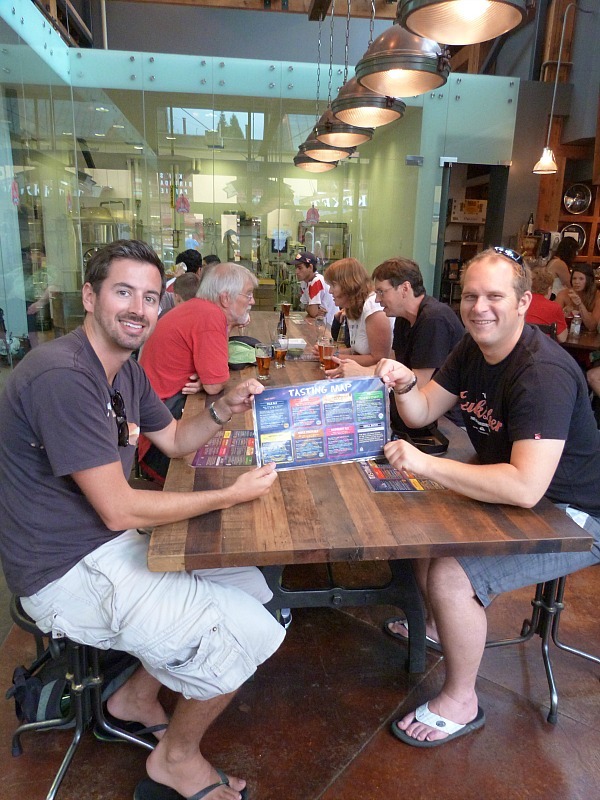 Another day we visited Granville Island and did some taste testing at the Granville Island Brewery. I had samples of their Raspberry ale and Ginger beer which are both delicious, as well as a small batch sour ale which wouldn’t be to everyone’s taste but I quite liked it.

We saw some otters playing near Vanier Park on the walk home. Between working at Granville Island and visiting, I ended up there five days in a row. I don’t think I could ever get sick of the place.

I met the boys one evening after work at Parallel 49, a local Brewery with a Bar near Commercial Drive in East Van. Our friend Jasmine had told us about the place and how generous they are with free tastings. They certainly were and I tried their Gypsy Tears Red Ale and their Seed Spitter Watermelon Ale.

After a couple of drinks there we walked back to Commercial Drive for dinner at Memphis Blues, a Memphis style BBQ Restaurant.

There are so many great places to eat and drink on Commercial and it is also home to a big chunk of Vancouver’s Coffee scene with a lot of chic independent coffee roasteries/cafes.

At Memphis Blues, Delvin and I opted for the delicious pulled pork sandwiches and Trav raved about his brisket. It was a great rainy Vancouver evening, made even sweeter with some pecan pie for dessert. Yay for pie!

When I was working along Davie and Denman in the city I got Trav to meet me for an afternoon treat at the True Confections Dessert Restaurant. This place is amazing with so many different types of pies and cakes to choose from and enormous helpings.

After getting our pie fix with Chocolate Banana Cream pie and Strawberry Rhubarb pie, we walked to Stanley Park to see if we could find the racoons that hang around the Lost Lagoon. After walking around looking for them for a while, we found three of them hanging around a path by the water. 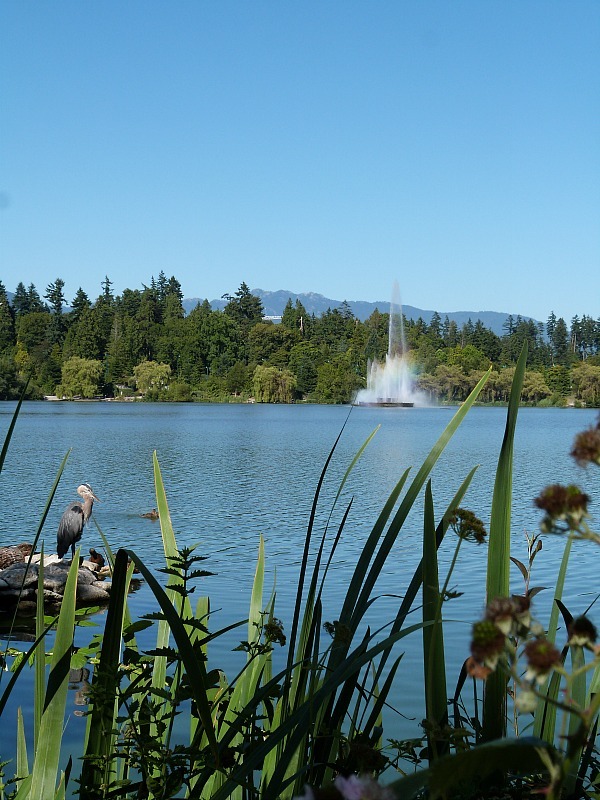 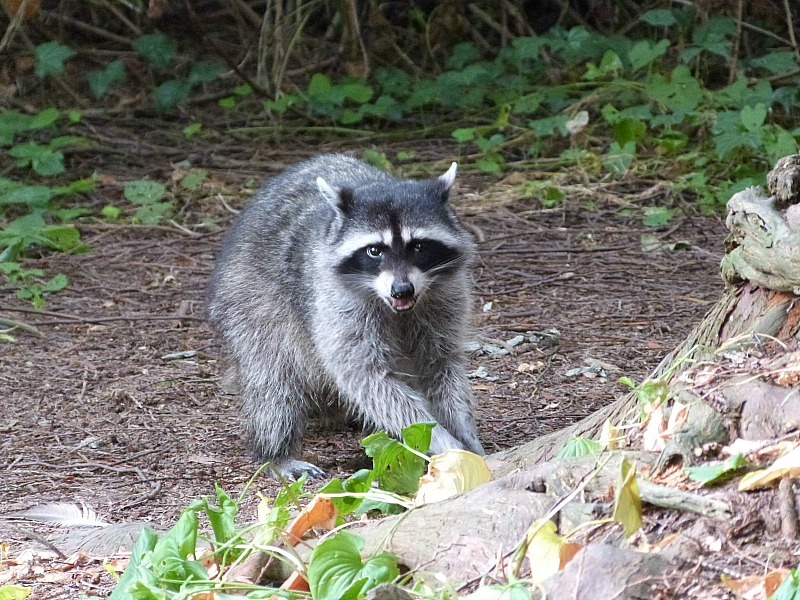 They didn’t make a nuisance of themselves, just watched us carefully for a while and sniffed around a bit before realising we didn’t have any food and moving on.

Our sublet ran out on the 18th August and our night bus to Calgary was for the 22nd so our friend Nicole and her flatmates were kind enough to put us up for the last four nights.

Nicole lives in an enormous share house near Cambie Village. It’s a very social place and all of the flatmates are friendly and outgoing so it was a fun place to stay. We had a BBQ one evening that turned into an impromptu house party with all of the housemates inviting friends.

It had been so long since we had been to a house party so it was nice to let loose for a change. The food was great and I drunk rather a lot of Whistler Brewing Company Grapefruit Ales. The police even showed up to tell us to be quiet, just like old times.

Our stay in Vancouver wouldn’t be complete without a visit to the infamous Wreck Beach. Wreck Beach is a rugged beach located on the Western tip of Kitsilano and is frequented by Nudists (Vancouver’s only Nudist beach), UBC Students and everyone in between. It is the party beach of Vancouver with a lot of people smoking weed and drinking beer. 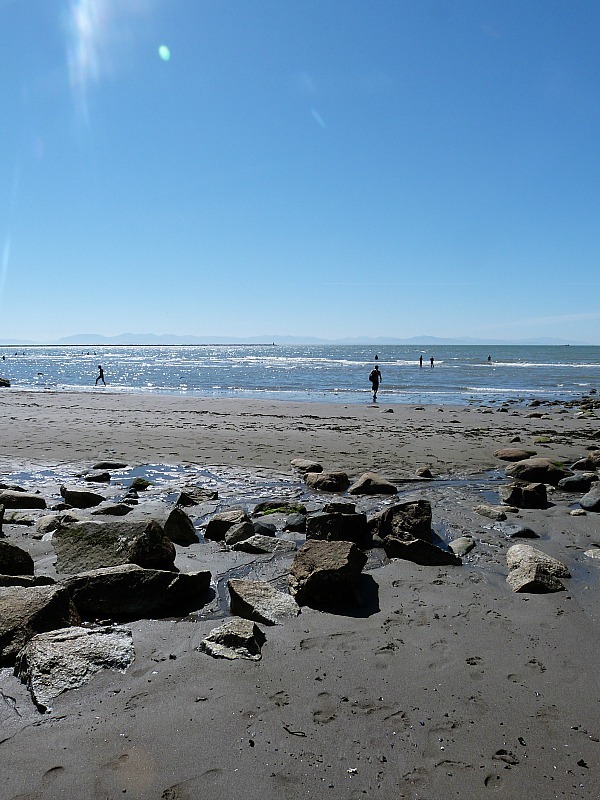 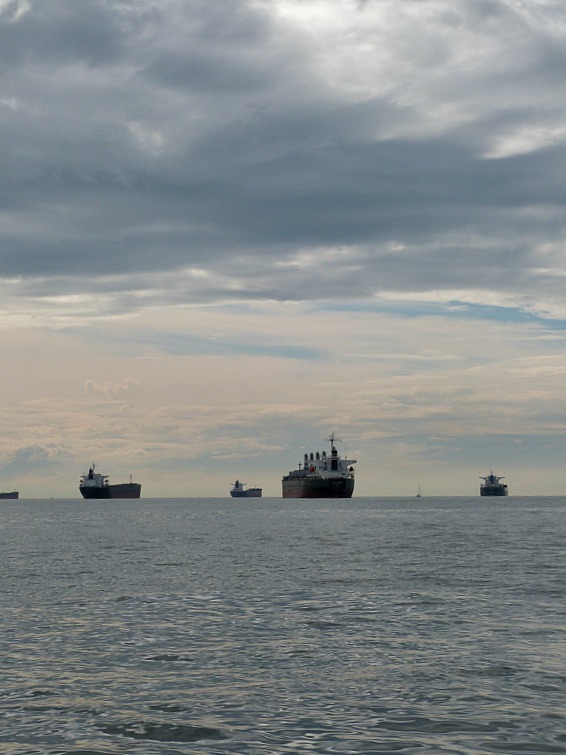 The walk down is quite a trek with hundreds of stairs down through the forest, but as you can imagine, after indulging on the beach, walking back up is a lot worse!

The Police turn up a lot on a hovercraft and the people walking around selling beer and weed disappear pretty quickly when this happens. These days there is a few small food stands set up as well as a woman selling Indian silk dresses.

There are hundreds of them tied to long clothes lines dug into the sand and it definitely gives the beach a hippy vibe.

We walked around the rocks to some smaller rocky beaches with great views of Bowen Island and the Sunshine Coast but didn’t swim because of the strong wind the day we visited.

We had planned to do the hike from the village of Deep Cove in North East Vancouver to Lynn Canyon. We didn’t quite have the energy or the desire to do a 12km hike the day we went there so we ended up just hiking up to Quarry rock instead. 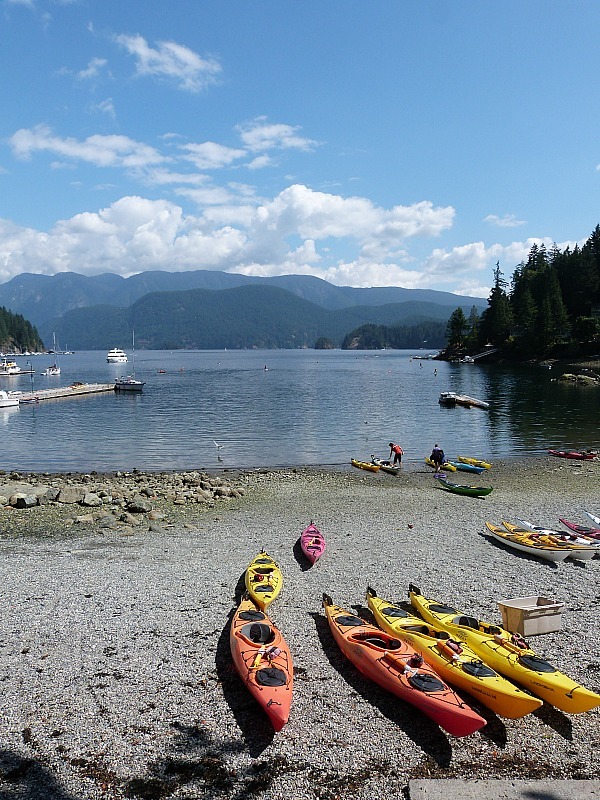 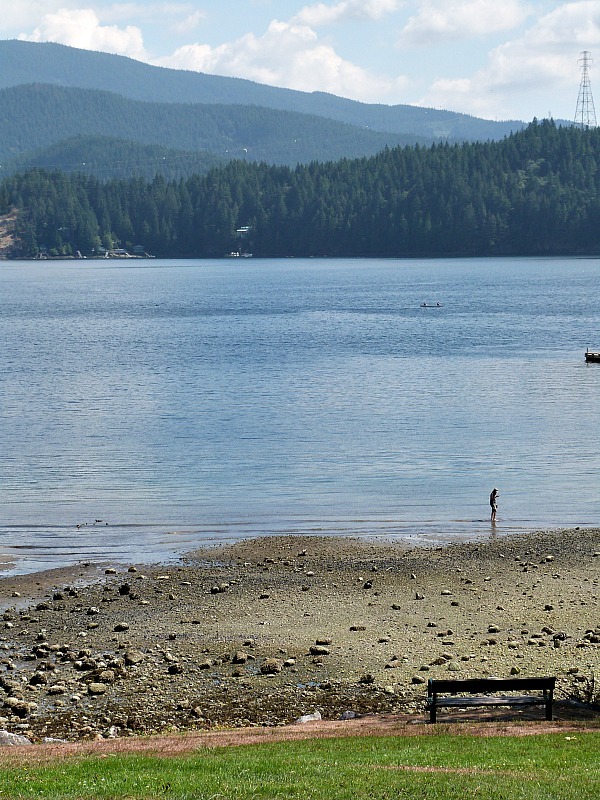 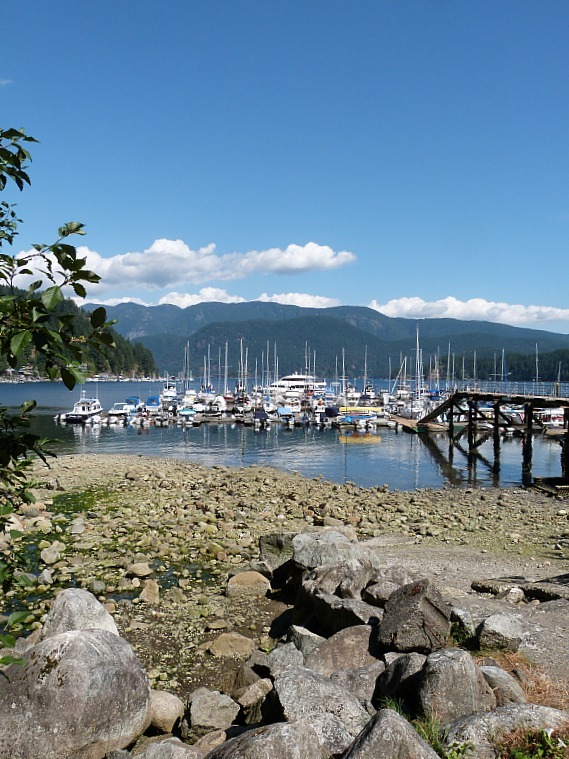 Quarry rock is only about a 45 minute hike through the forest and has incredible views over Indian Arm and Deep Cove.

We ended up missing the start of the trail and unwittingly ended up taking another trail that was shorter but involved scaling a massive rock face with a rope tied to a tree at the top. It was fun and we didn’t see another person until we got to the top. 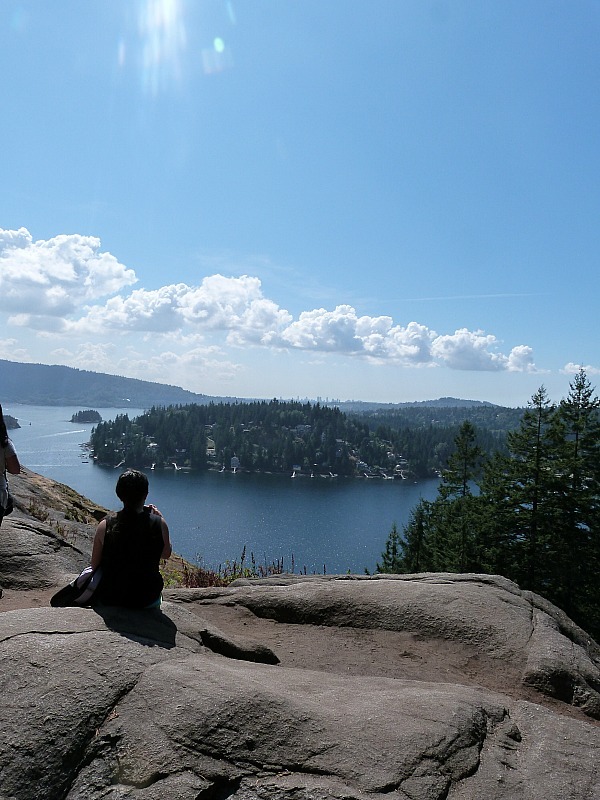 We ate our lunch admiring the commanding view, wondering why we hadn’t visited this magical place sooner. We took the proper trail on the way back down which was beautiful but there were a lot of people.

The rest of the afternoon was spent sampling Deep Cove’s famous Honey donuts and relaxing on the beach. Another beautiful day in the city that just keeps getting better and better.

I love how many diverse communities make up Vancouver as a whole, a lot of them have a small town feel and you forget that you are in a big city at all. I can never decide whether I am a big city or small town girl as I have been both in the past and enjoy different qualities from both lifestyles.

Vancouver feels both like a big city and a small town which I wouldn’t have thought possible, but somehow it works. 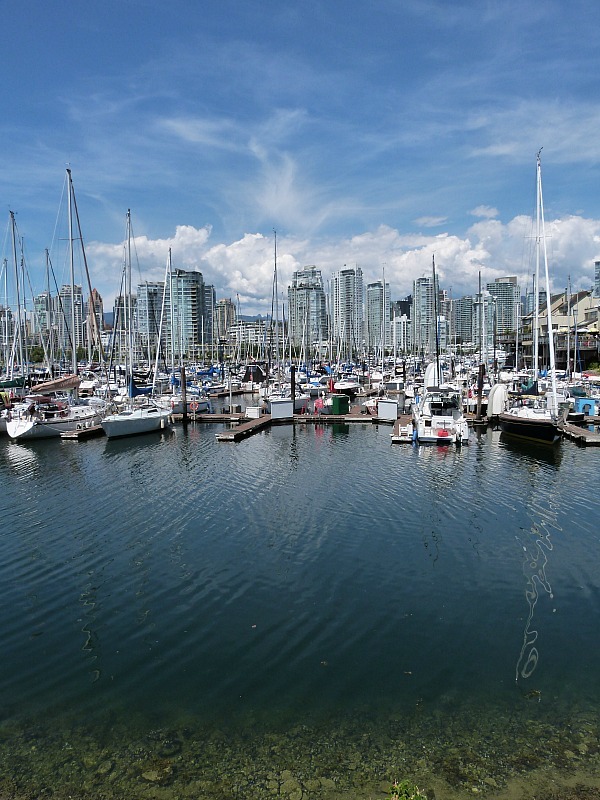 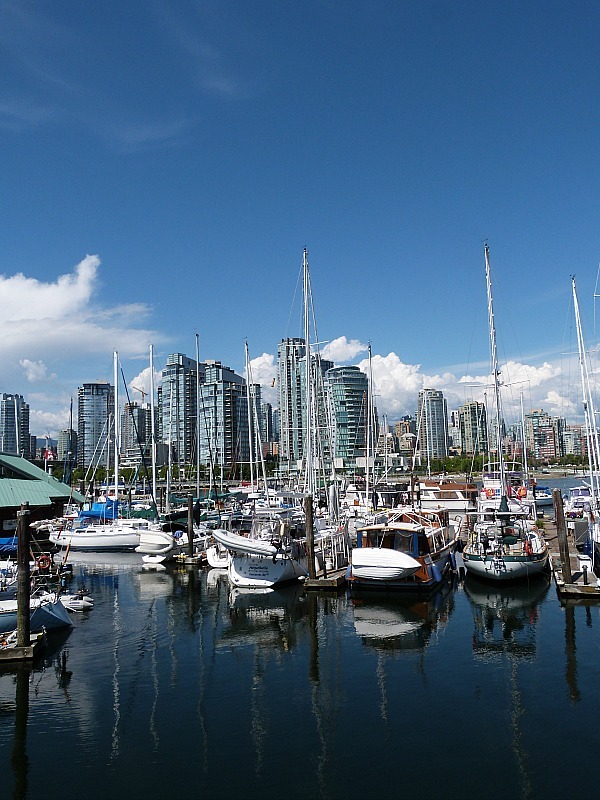 Nicole and her flatmate Bridget kindly let us borrow their bikes one day and we rode from Science World at the end of False Creek to English Bay. There are bike paths everywhere in Vancouver and it is a joy to bike around as you are always close to the sparkling blue Pacific.

We stopped on Denman for a ridiculously cheap sushi lunch and some incredible frozen yoghurt with strawberries then carried on around the seawall in Stanley Park with a detour to Beaver Lake.

The lake is in the middle of the park and feels like a different world. It is so quiet there and feels so far away from the hustle and bustle of the downtown. We didn’t see any beavers but we saw some tiny squirrels and a lot of birds. 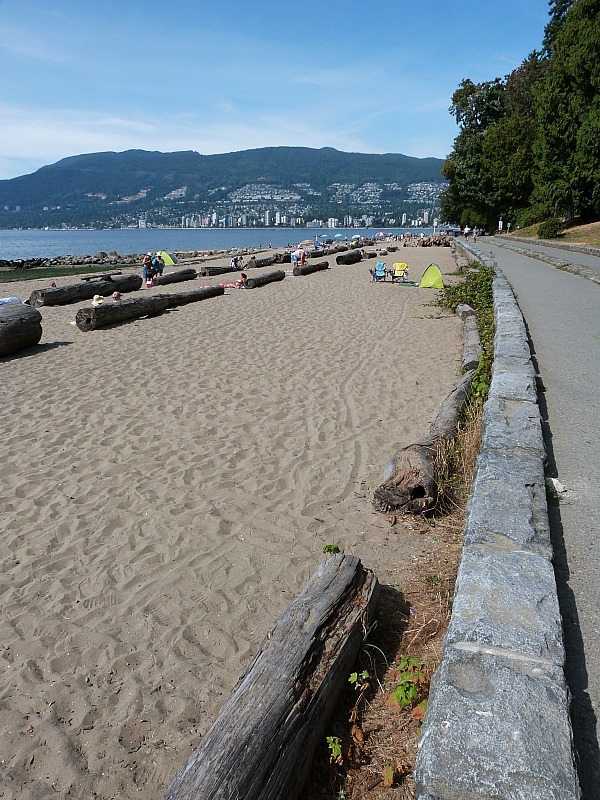 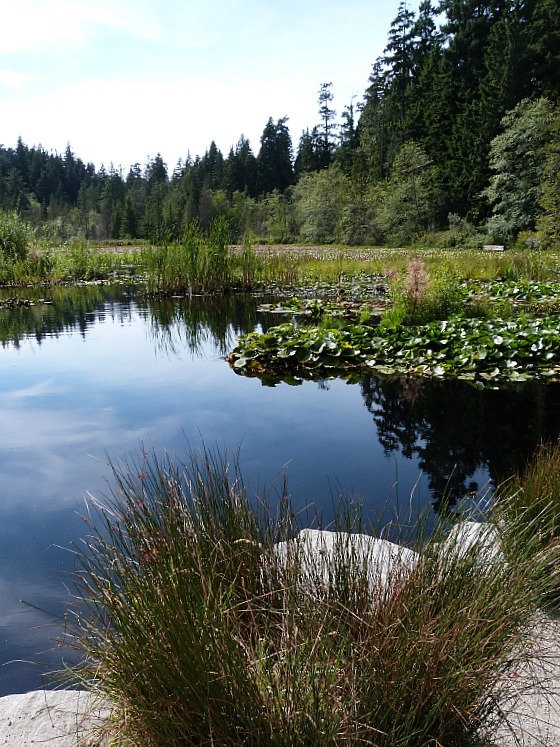 On our last night in Vancouver we had a farewell on a small island in False Creek. We had been there for drinks with Nicole and her friends before and it is such a wonderful spot.

Enjoying a few beers with friends by the water while we watched the Dragon Boaters practising was a nice way to farewell this amazing city. On the walk home we even saw a skunk, my first.

We caught a bus the next evening to take us to Calgary where we were continuing our travels with a nine day road trip through some of the National Parks in the Rockies.

Vancouver was as incredible as ever and now we have so many more wonderful memories associated with this city. 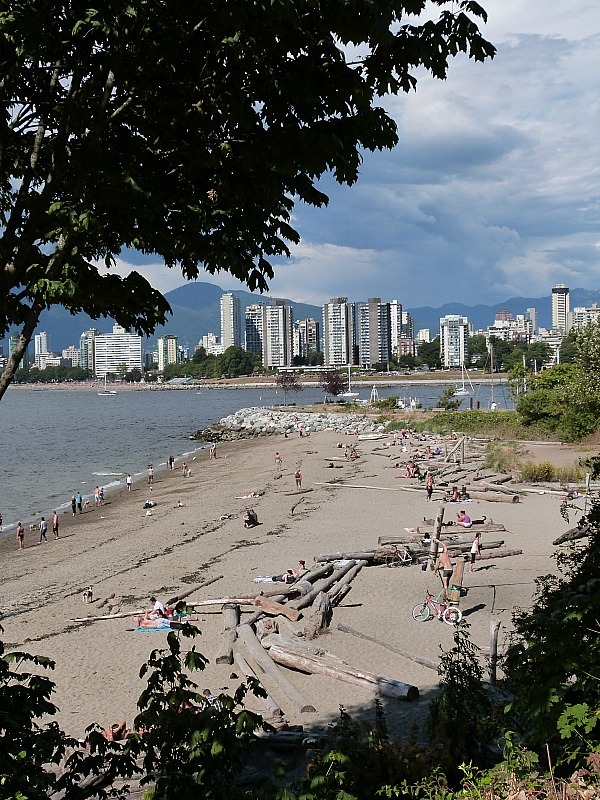 Like a good friend, I know that when we go back next time it will be easy to pick up where we left off.

I am already looking forward to it.