Nantucket is an enchanting island just 30 miles south of Cape Cod and has become a leading summer vacation and second home destination in the last 100 years.

Before that, “The Little Gray Lady of the Sea” was known as the whaling capital of the world. The buildings, infrastructure, and signs from those glorious years are still evident and impeccably preserved on the island.

The permanent population is only about 11,000 people, but the number of people inhabiting Nantucket can swell up to 50,000 people during the summer’s high season.

Since there are so many beaches, historical buildings and sights, conserved wildlife, top restaurants, and cultural and art venues, Nantucket is great both for a more extended stay and as a day trip. In fact, you can take the first ferry from Hyannis before 9 am, spend the day on the island, and then head back to the mainland with one of the last evening ferries.

If you want to spend more time there, then make sure to book the private residence or room of your choice as early as possible, especially if your trip will be at the peak of the summer season. 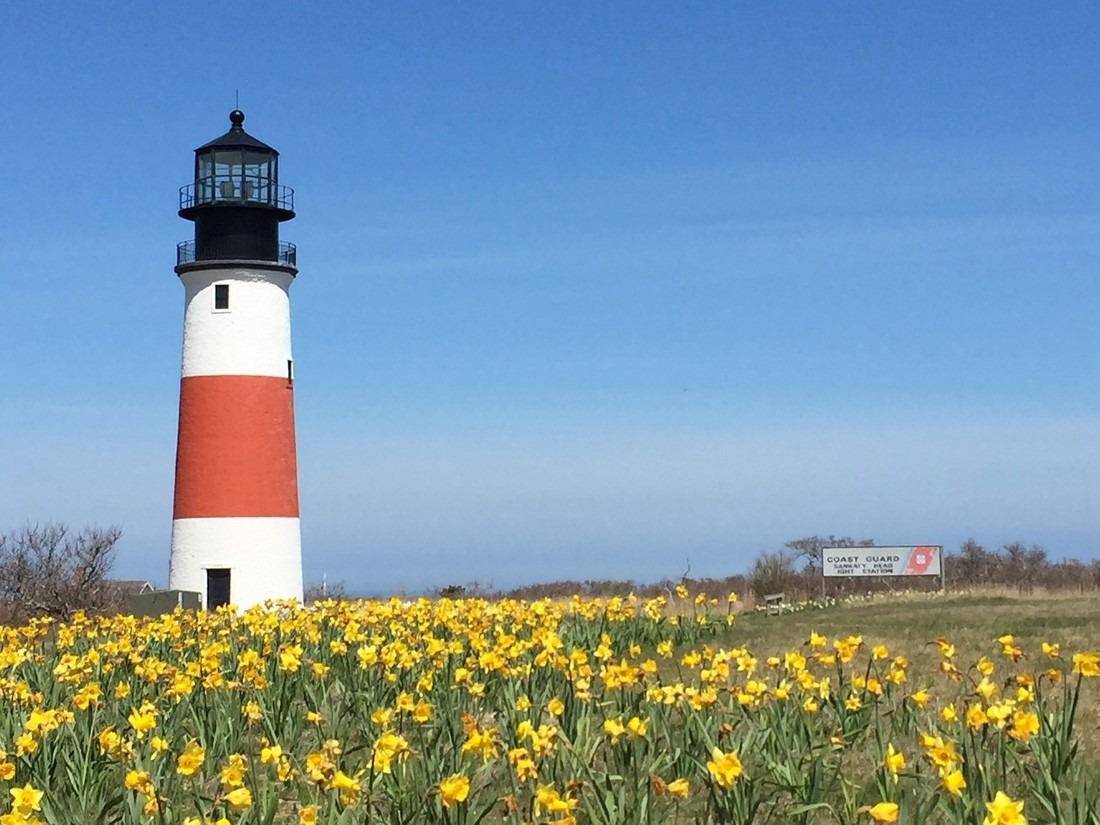 The first thing you will notice when setting foot on this New England Island is the beautifully preserved historic charm, buildings, infrastructure, and sites. You can take a stroll through the cobblestone streets and admire the historic mansions and buildings of Downtown Nantucket.

This island is known as a “treasure trove” of American historic buildings and homes, with more than 800 buildings from before the Civil War. The downtown district was included in the National Register of Historic Places back in 1996. There are also three of the oldest functioning lighthouses, which are an essential part of American history that should be seen there. 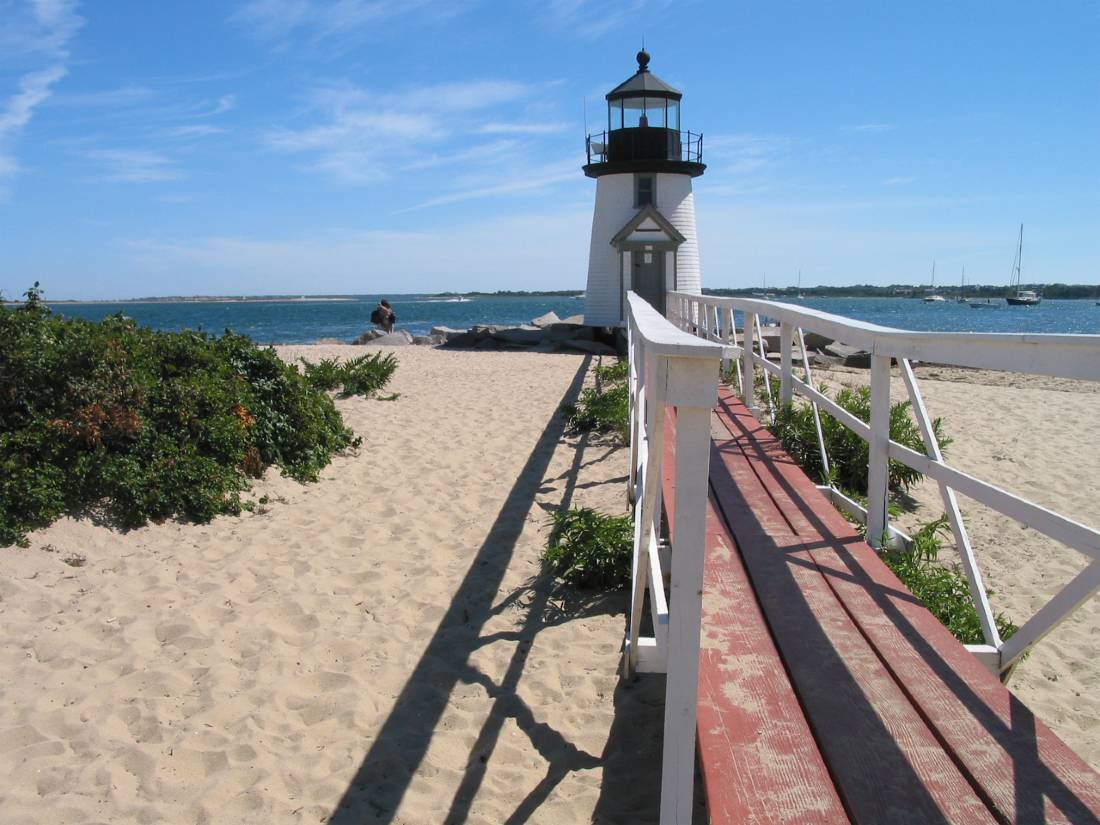 Other historic sites include the oldest house, known as Jethro Coffin House, as well as the old jail and the oldest functioning windmill in the USA.

While in Nantucket, you can learn more fascinating stories of the island’s history by visiting the Whaling Museum, the Shipwreck and Lifesaving Museum, the Lightship Basket Museum, and numerous other historic venues. Nantucket is widely considered the finest surviving New England seaport example.

One of the top-ranked attractions for history enthusiasts is the Old Gaol. This is the first jail that was built on the island back in 1696 and then rebuilt with local taxpayer’s money on Vestal Street in 1805. But why visit an old jail, you may ask?

The answer is complex. Firstly, the building itself is a superb example of American colonial architecture. It has a sturdy oak wood construction with exceptional iron rods, bolts, and other reinforcing elements.

Overall, it is a very solidly built prison, which led to multiple highly creative and not-so-successful prison escapes during the centuries.

The historical data preserved at the NHA Research Library contains accounts of some of these escape plans. One of them includes the true story of a boy escaping through the chimney and another of a woman who used a specially constructed pulley system to deliver a key to a prisoner held on the second floor of the prison.

The prison, known as the “Old Gaol,” housed its last prisoner in 1933. In 1946, it was closed down and donated to the Nantucket Historical Association. If you decide to visit this historic building, you will see it exactly as it was when it was built in 1805.

You can take a tour through the prison cells on each of the two floors to see what it was like to be a prisoner on the island of Nantucket back in the 19th century.

There you can hear the real stories of famous prisoners like William Chadwick. He was imprisoned for embezzlement in 1884 but spent his jail time in a cell that was very comfortably furnished by his family. He made the traditional lightship baskets and other handcrafted items and goods there.

The unique fact about this prison is that it was the first prison to let some of the prisoners out at night, and in some cases, the cell doors weren’t even locked.

You will also learn more about the House of Corrections, which was opened in 1855 for juvenile prisoners. It was used simultaneously as a workhouse for debtors who worked to pay their debts. In 1933 it closed and it was dismantled entirely in 1954. 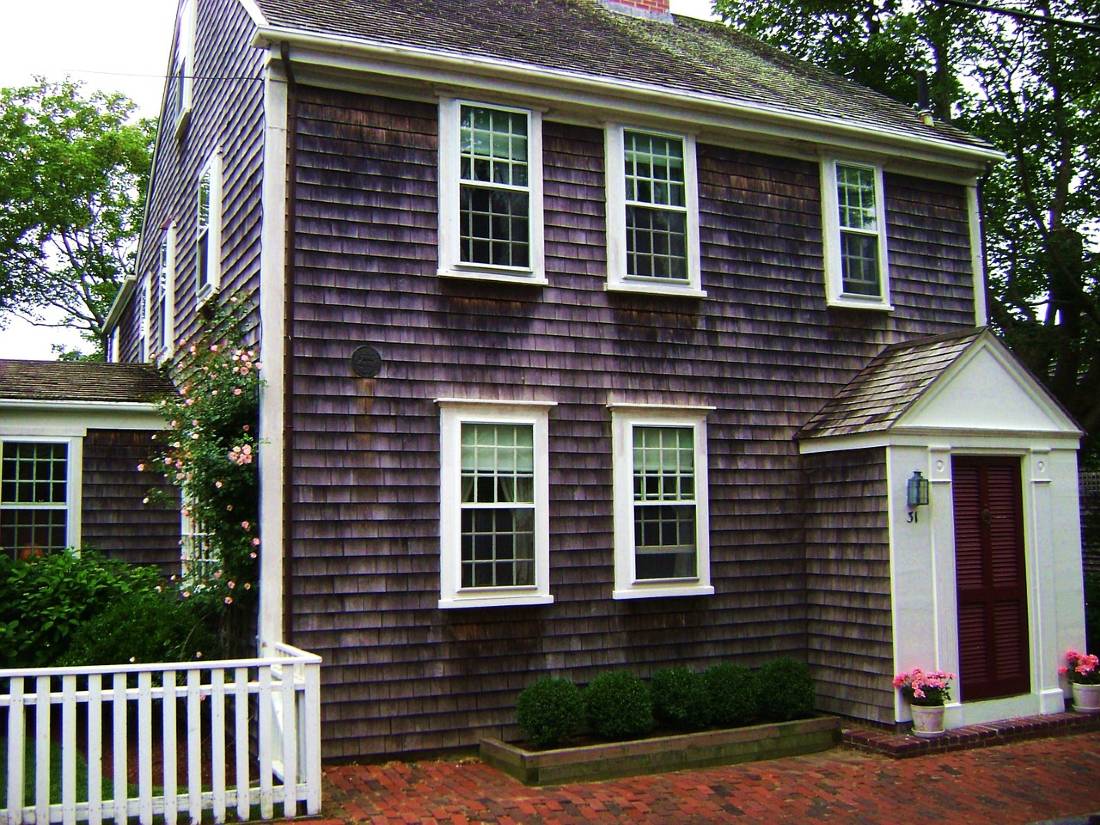 If you are more of a beach and water sports buff, you can head to one of the many fantastic beaches on the island. They are all free to access, clean, and offer stunning ocean views.

Suppose you want to engage in watersports while spending time in Nantucket? In that case, you can rent a boat or join one of the many sailing programs offered by the non-profit, educational Nantucket Community Sailing organization.

You can also enroll in one of the group classes or take some private lessons at one of the surf schools on the island, including the Nantucket Island Surf School on Cisco Beach and the ACK Surf School at Nobadeer Beach. 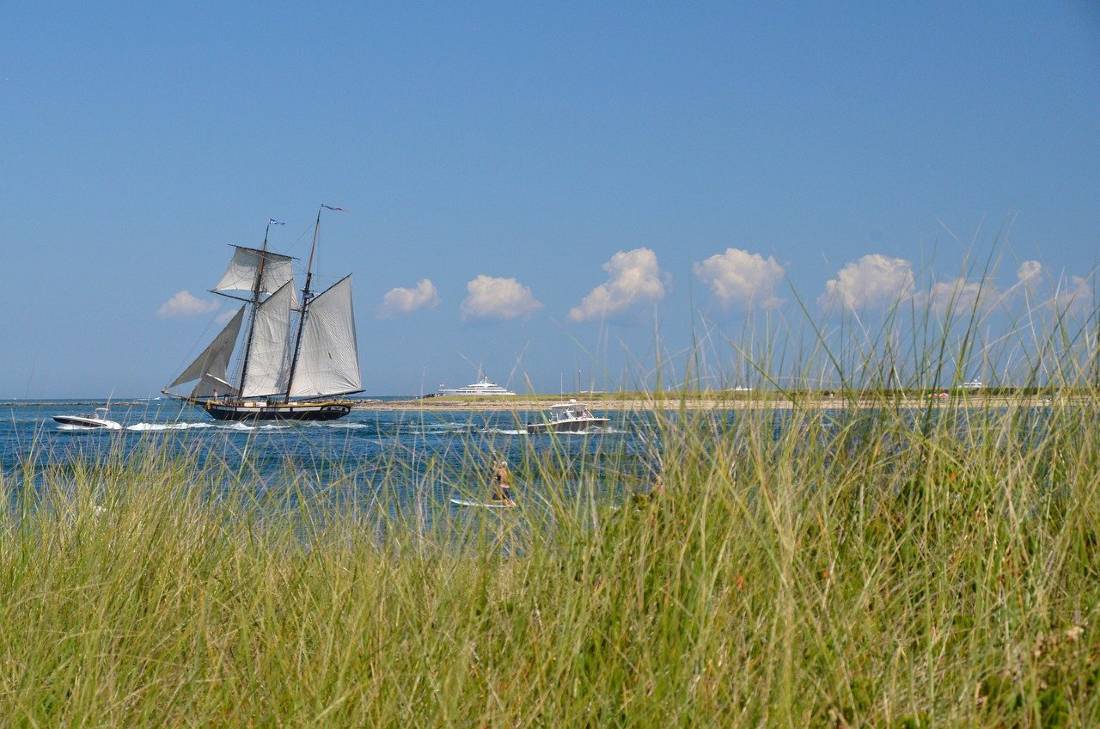 You can rent a one or two-person kayak or a Stand Up Paddleboard (SUP) and have some fun paddling around the island for those who feel adventurous. There are even SUP yoga classes you can join on different beaches. Other water sports you can engage in include wakeboarding, waterskiing, parasailing, tubing, etc.

As for people who will be going to the beach with their families, or those who prefer warmer and calmer water, the north shore beaches are the better options.

Apart from the highly popular Children’s Beach and Jetties Beach on the north shore, there are some hidden gems that are not as crowded. These include the scenic and instagrammable Steps Beach, the Water Tower Bridge, and Dionis Beach. 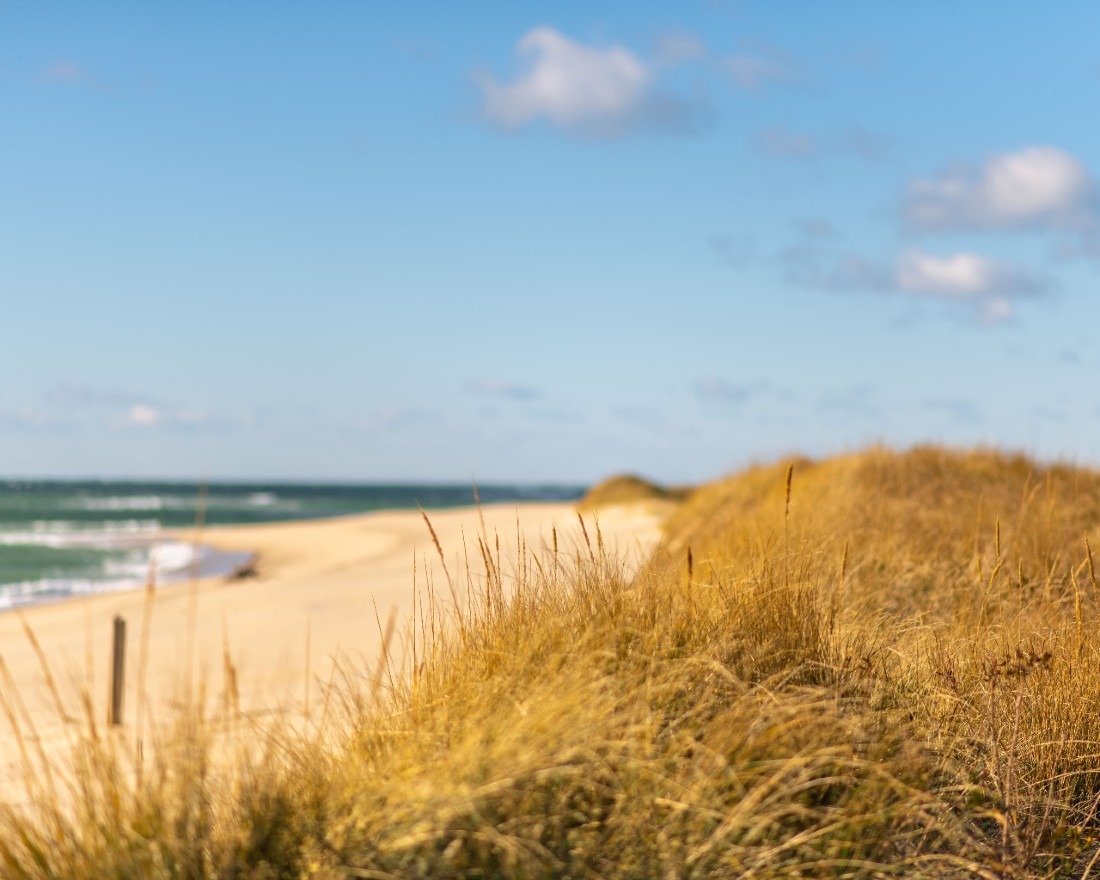 As for those of you who would like to explore the perfectly conserved wildlife refuges and areas of Nantucket, one place to visit is the Squam Swamp trail. It is particularly picturesque in the fall when the leaves are changing color.

The area is covered with beautiful swamp maples, serpentine black tupelo trees, white and red oak, other trees, and ferns. There are various shorebirds and wild animals like deer to spot when exploring this area as well.

When going to Squam Swamp, don’t forget to visit Squam Farm for a double-dip option. Follow the trail, and turn left at the arrow following the 38th marker. You will then reach the Squam Farm walk, which is a beautiful place to take a leisurely walk and spend the day. There is a stream that trickles underneath it. 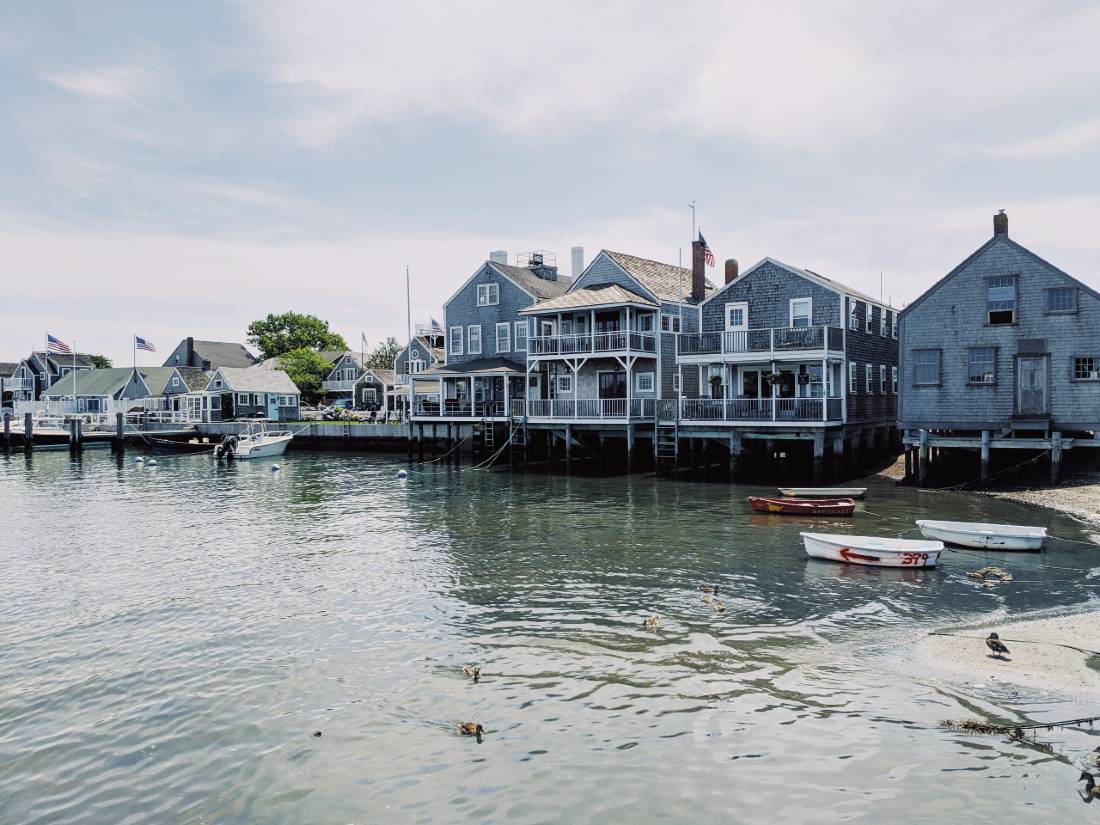 Drive Across The Beach

There are options for beach driving on some beaches in Nantucket for those of you who are adrenaline seekers. You will need a special Coskata-Coatue Oversand Vehicle Permit and a Nantucket Beach permit and can rent a suitable four-wheel-drive vehicle if you want to explore the eastern shore of the island.

Coskata-Coatue is a wildlife refuge with more than 50% conservation land and is a beautiful place to tour or walk through to admire this island’s native flora and fauna.

You can spend an entire day touring the area, but don’t forget to pack some lunch, drinks, sunblock, and a bathing suit and head off on an unforgettable adventure through this wildlife reserve.

If you want to do something different after the sun sets, you can visit the Loines Observatory on a clear summer night. There are two telescopes that you can use to admire the constellations, the millions of stars, or, if you are lucky, a comet, eclipse, or the passing by of the International Space Station.

The astronomy team will guide you and will teach you how to navigate via the stars and other fascinating facts about our universe. 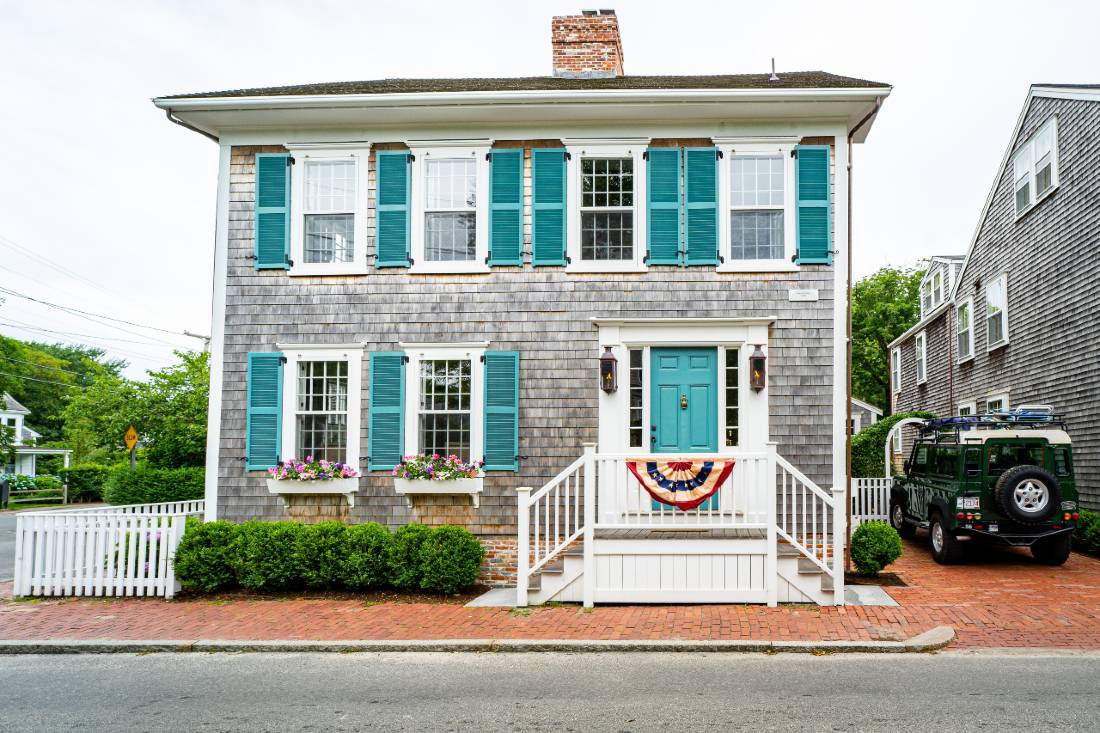 So, as you can see, there is something for everyone on this stunning island. This is probably the reason why Nantucket is one of the items on the bucket lists of so many people of different ages, interests, hobbies, and goals.