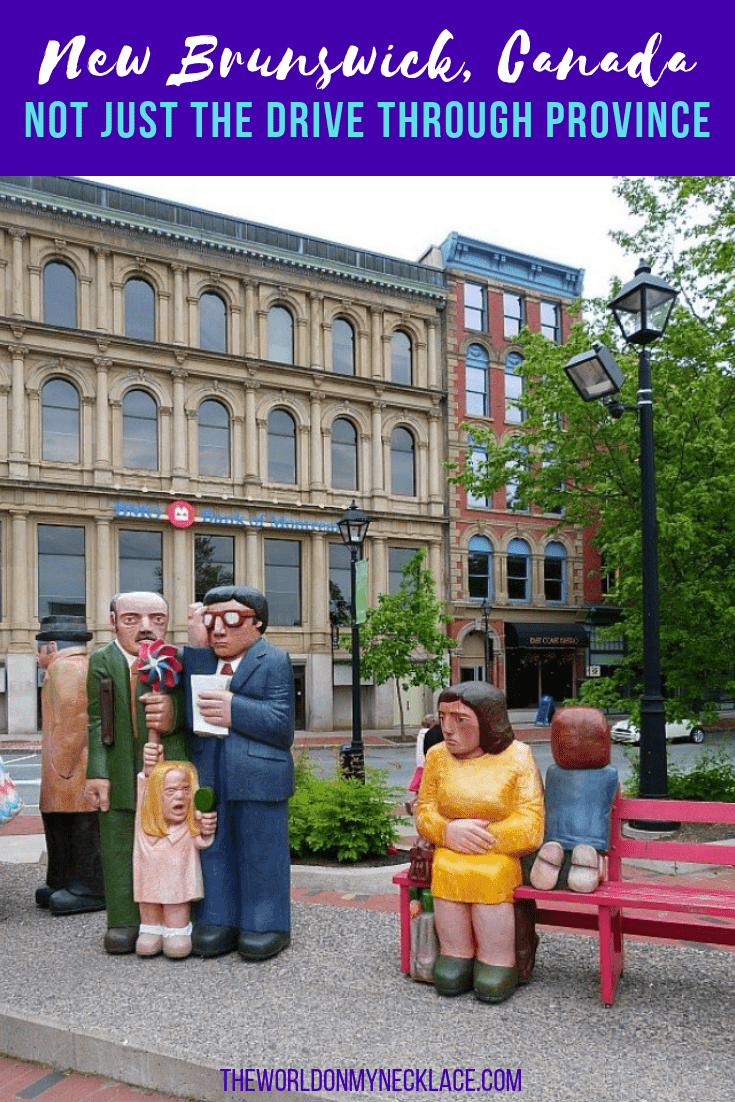 We were lucky enough to get another rideshare organised to get from Quebec to Fredericton in New Brunswick as the buses in the Maritimes are ridiculously expensive.

Our ridesharing hosts didn’t speak much English so it was a quiet but pleasant enough ride. They dropped us just outside of Fredericton and we immediately hitched a ride with a nice local man who dropped us ten minutes walk to our couch surfing host’s place on the north side of the river, or the ‘ghetto’ as it is apparently known by locals. 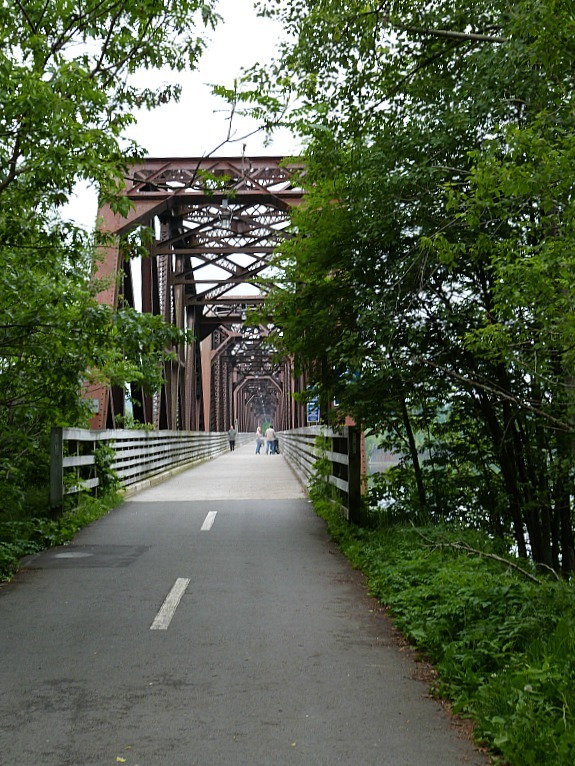 It is slightly shabbier than the south side, but after travelling in Central and South America, I found it laughable to call it a ghetto.

Our couch surfing host Madeleine and her 5 year old daughter Audry are originally from Ontario, but when their van broke down in Fredericton while they were travelling through to go to Nova Scotia 2 years ago, they liked it so much they decided to stay. 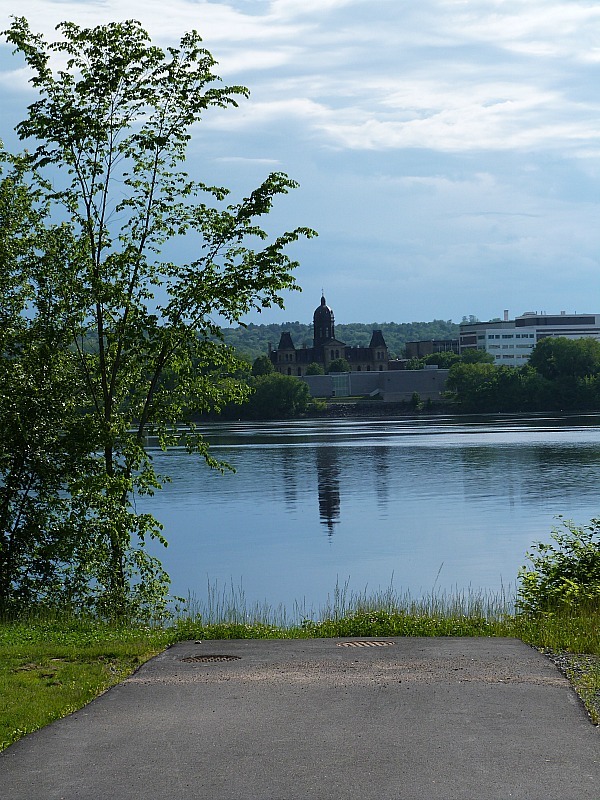 The timing of our arrival in Fredericton was great as the St Mary’s Pow Wow was happening just down the road. It is one of the few in that area that is open to the public so we wandered down to check it out.

A Pow Wow is a celebration of the First Nations (Native Canadian) culture and includes chanting, singing, dancing and crafts. I have always thought that the Native American/Canadian culture is beautiful and unique so I felt very lucky to be able to attend this event.

We watched some mesmerising dancing with elaborate feathered costumes, and listened to some hauntingly beautiful chanting and singing. It was quite magical and definitely had me entranced.

It was very encouraging to see so many First Nations people proudly embracing their culture and keeping it alive in these modern times. We even saw a lot of teenagers participating. 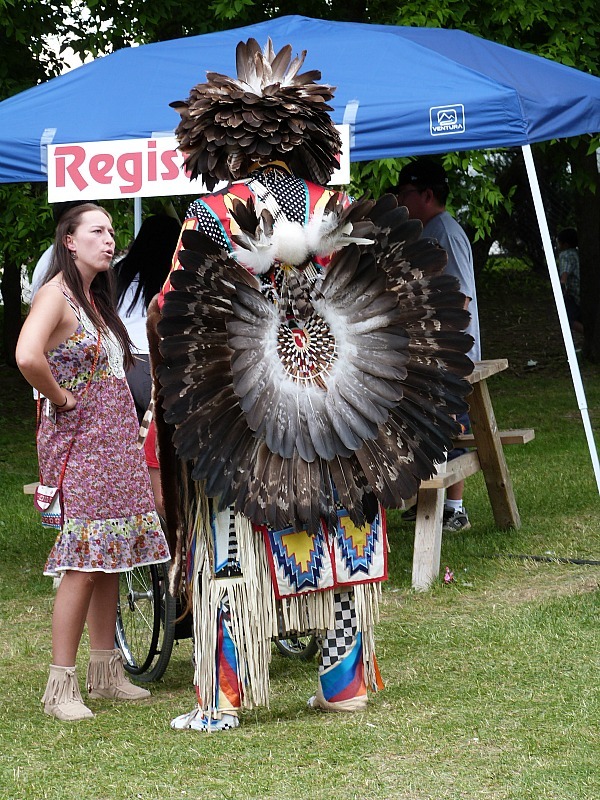 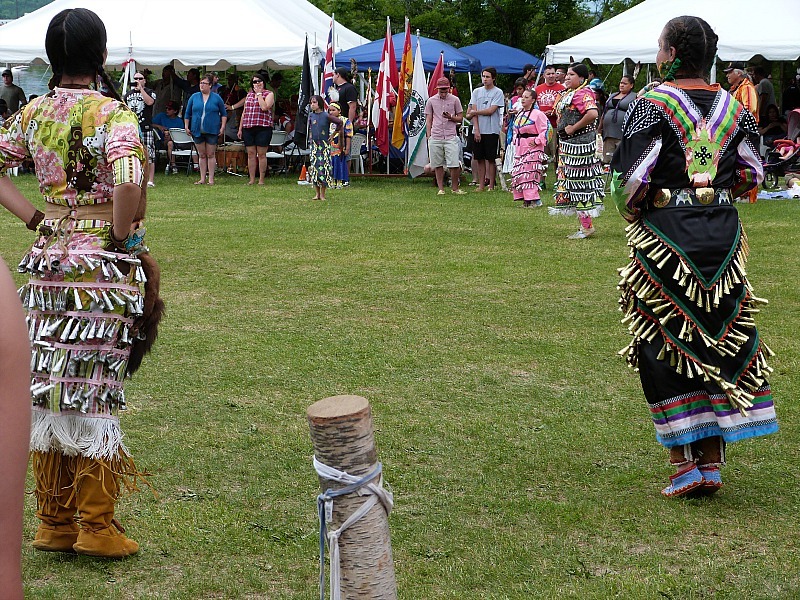 Fredericton is a small city, and the Capital of New Brunswick, set on the banks of the serene St John river. Madeleine our Host is active in local community projects such as a Community Garden.

There was a talk on Backyard Birding at the Community Centre on our second night in Fredericton which Madeleine had set up.

We went along for a unique non touristy experience where we enjoyed tea and biscuits while listening to a talk given by a very keen and enthusiastic birder about how to lure birds to your garden, and also about which types of birds you are likely to see in New Brunswick. 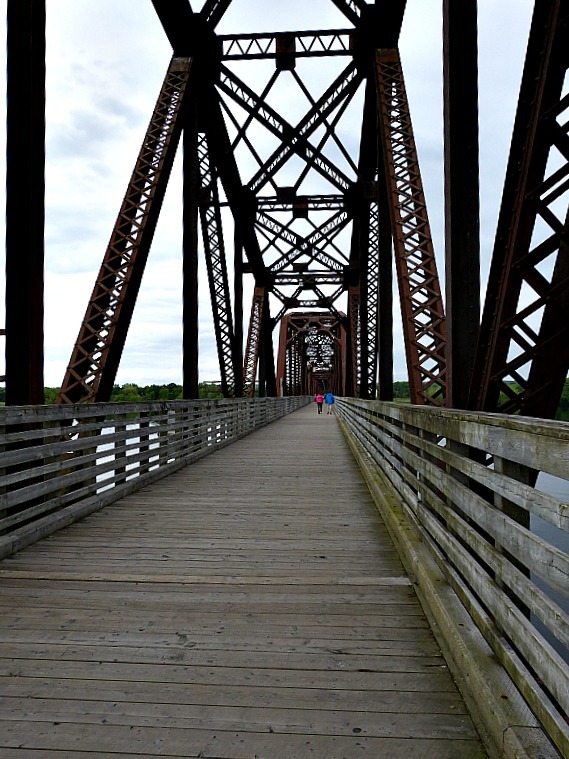 I love these random experiences while travelling; doing something different and un-touristy that gives you a real feel for the people and the community. 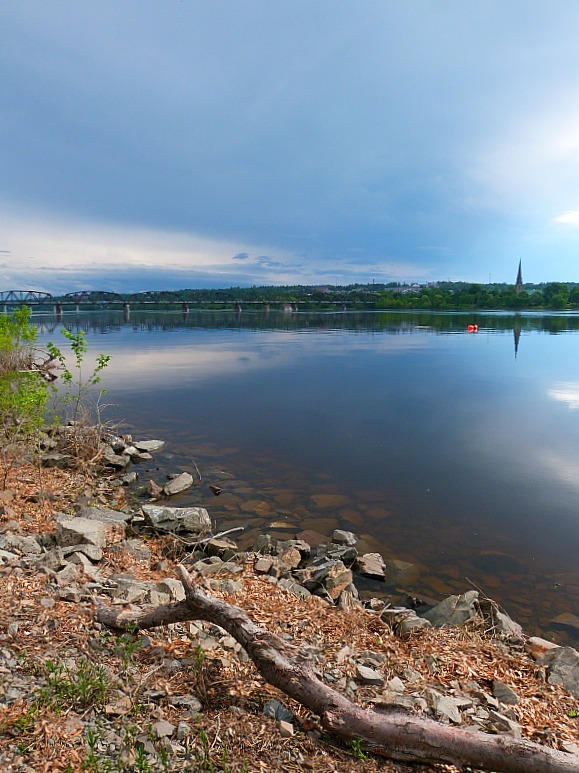 There isn’t a lot to do in Fredericton but we enjoyed our time there; wandering riverside, playing with Audry and eating a long lunch at the fantastic M & T Deli, lingering over their Canadian travel mags which only added to the places I want to visit in Canada. 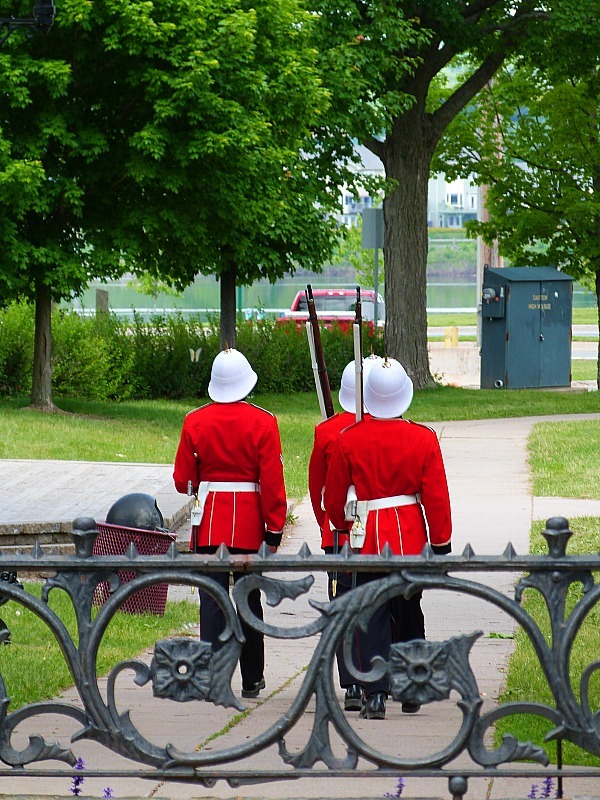 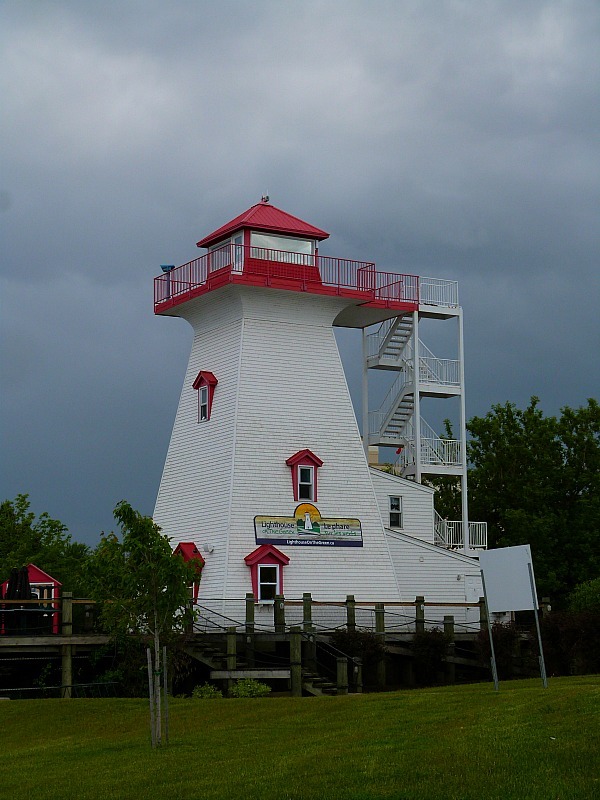 Grand Manan Island. This is the place in Canada’s East Coast that I had been dreaming about visiting the most. It was going to be a bit difficult to get there as there are no buses so we planned on hitching from Fredericton.

As luck would have it we didn’t have to in the end, as someone replied to the ad I posted on Kijiji (Canada’s Craiglist/Gumtree) and we had a ride to Black’s Harbour, where the ferry departs to the Island.

It was an early start as we got picked up at 7.30am from Madeleine’s house. An older couple, Gideon and Janet, drove us on their way to St Andrews, further around the Coast.

We drove the back roads and didn’t see another car for about an hour, just a lone turtle crossing the road and lots and lots of trees. After getting a bit lost on the way, we arrived to catch the ferry 10 minutes after it was meant to have left.

Luckily the ferry was late so we got straight on. For an island with a relatively small population, the ferry was huge with 3 levels, a Restaurant and even wifi.

Our stay on Grand Manan Island was very close to being perfect. This island was so beautiful with friendly locals, quiet bays and picturesque lighthouses. It turned out to be one of my favorite islands in the world.

After our enriching time on Grand Manan, we caught the ferry back to the mainland and were picked up within minutes of hitching by a lovely man named Jim, who lives near Saint John. He dropped us right outside our Hostel in Saint John where we had booked one night before leaving for Nova Scotia.

It was more of a private home than a hostel but the owner was very friendly and helpful and it had a great lounge with a TV, something we hadn’t had for a while. Also we were the only ones in the dorm.

Saint John has got a bit of a bad reputation in the East Coast and the surrounds of the downtown core is quite ugly and industrial but we found the Historic downtown charming. 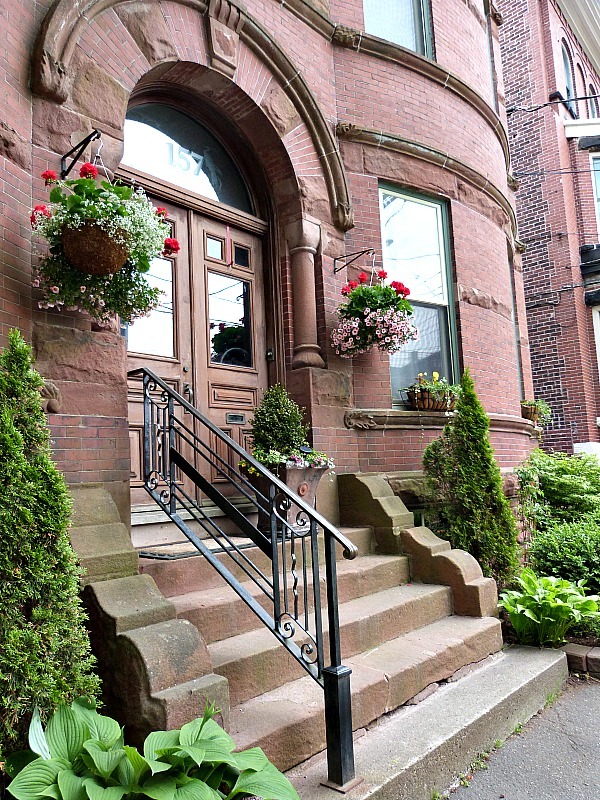 There are some beautiful old houses, a lovely harbour square lined with seafood restaurants, and a fantastic market with local arts and crafts, various restaurants and local produce. 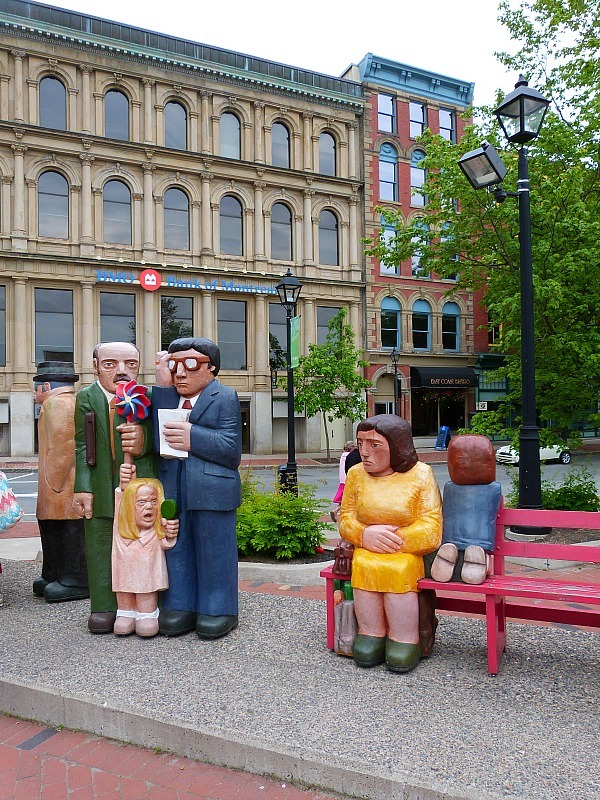 We had a latte at Java Moose, a great little home-grown Café chain in the Market. The Old City Market is the oldest continuously operating farmers market in Canada and visually stunning, with the roof resembling the inverted keel of a ship, very appropriate for this sea-faring city. 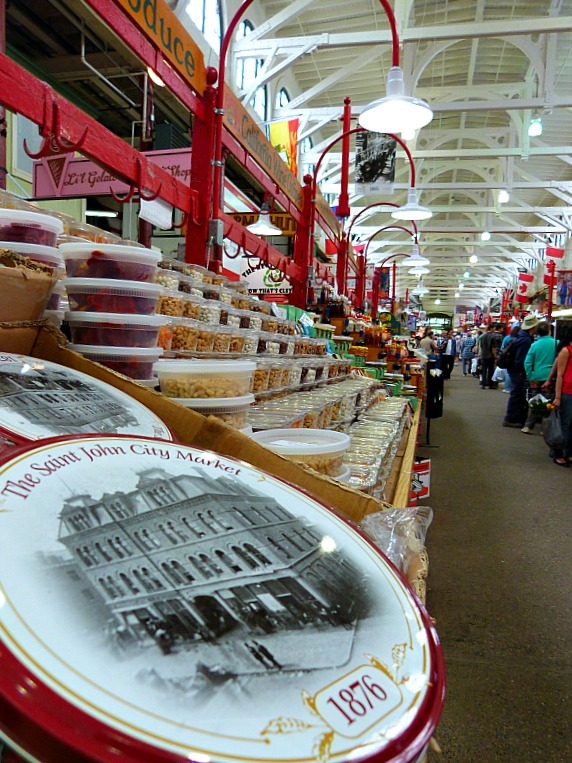 There was a cruise ship in Port so there were a lot of people wandering the streets and frequenting the pubs and restaurants. 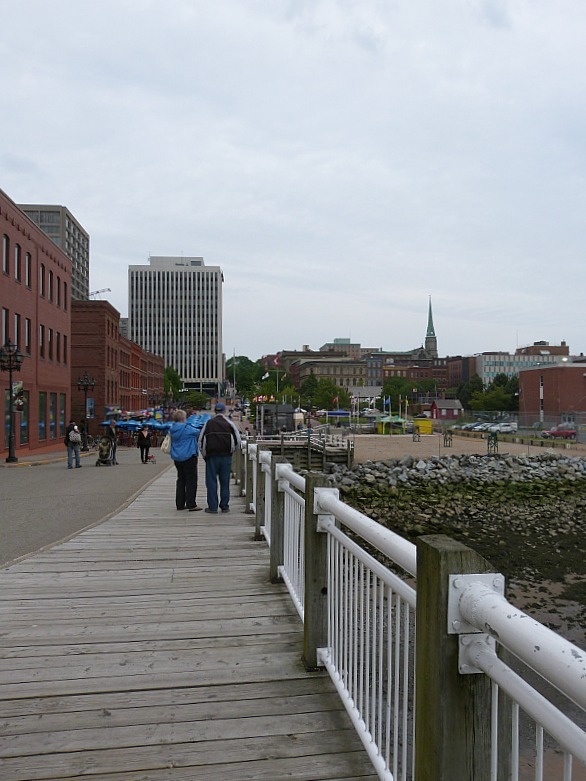 We went back to the Hostel with some local beers we picked up (Blueberry and Ginger beers for me, mmm). After cooking dinner we wandered back into town to the local Irish bar, O’Learys. It was pretty quiet when we got there with just a handful of colourful locals who kept us entertained.

The bartender was a lovely lady that gave us a free drink after we were telling her about our travels and how we are travelling through Canada on $40 a day.

We tried to give her money for our drinks but she refused to take it. Another example of the kindness and willingness to help that Canadians are known for.

On Sunday the weather was very cold and grey so we lounged around at the hostel after a much needed sleep in. We ventured out to a local restaurant for lunch where we shared the lobster poutine (made with Cajun cream sauce and brie) and buttermilk fried chicken with cornbread. A great way to enjoy the local lobster at a budget friendly price. 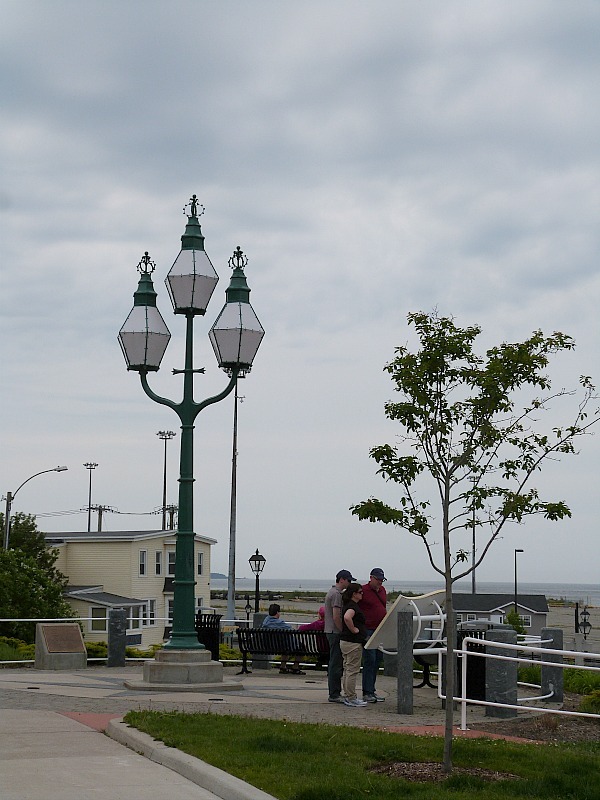 On the way back to the hostel we stopped by the old burial ground with some interesting old graves of the city’s Loyalist founders. 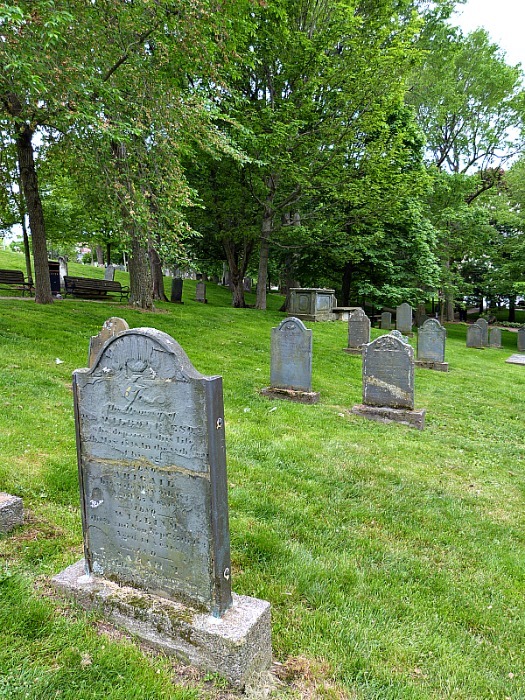 We organised a rideshare to Halifax in Nova Scotia for only $20 per person, a lot cheaper than the $85 each the bus would have cost. Laura picked us up at 5pm for the 4 ½ drive to Halifax.

Another week with more enriching experiences and proof that Canadians are among the friendliest people in the world.

Still on budget and gaining so much from travelling this way.

New Brunswick is probably the most underrated province in Canada and it deserves more attention, especially for the idyllic Grand Manan, one of the most beautiful islands in the world.

3 Comments on Underrated New Brunswick: Not Just the Drive Through Province