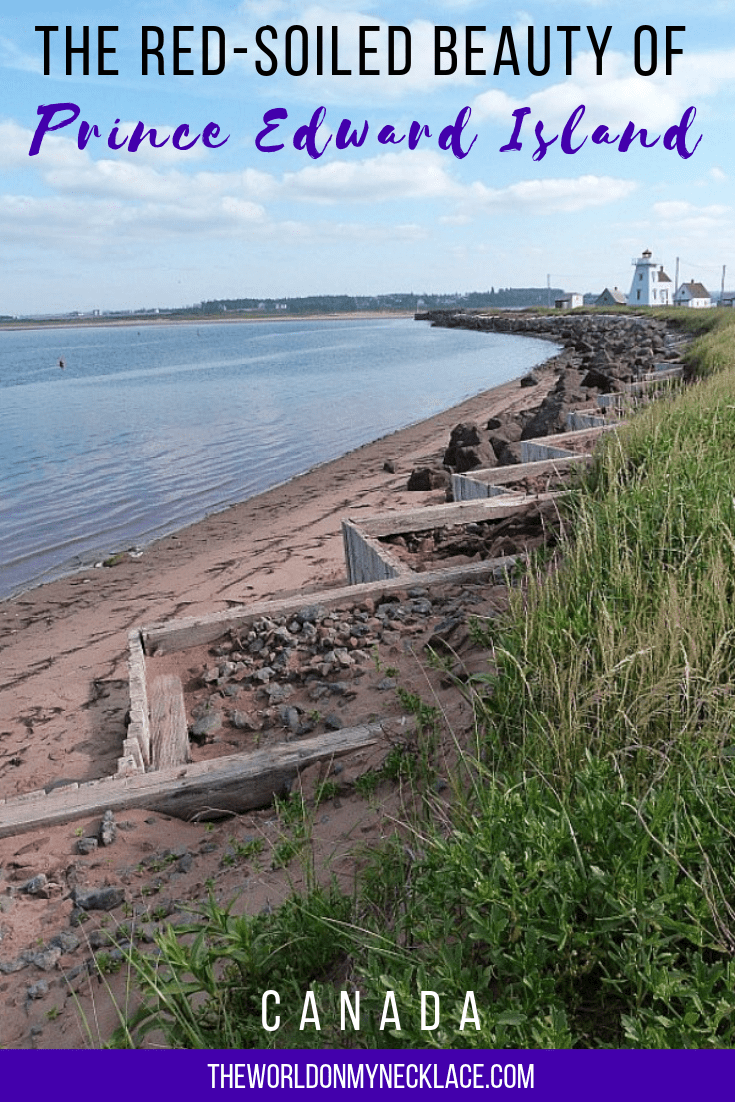 I never read the books myself but obviously a lot of people did as everywhere you look in PEI there is some reference to Anne. In fact the main reason that a lot of people visit the Island at all is because this is where the novels were set and where the house that Green Gables is based on is.

The house is PEI’s number one tourist attraction but we were more interested in the famed beaches and exploring quaint and friendly Charlottetown.

Our first sight of PEI and its red cliffs was from the 12.9km long Confederation Bridge (longest in the world) linking the Island Province to New Brunswick on the mainland.

Before the massive bridge was completed in 1997, Islanders and visitors had to take a ferry that was time consuming and was not relied upon to operate in winter.

The bridge makes the trip a lot quicker and easier but you pay for the privilege with every car being charged $44 just to leave the Island! The bridge was built by a private company hence the extortionate charge to use it.

Once on Prince Edward Island, there were indeed a lot of farms with different vegetables growing in rows of raised red soil, as well as signs for super cheap lobster dinners. 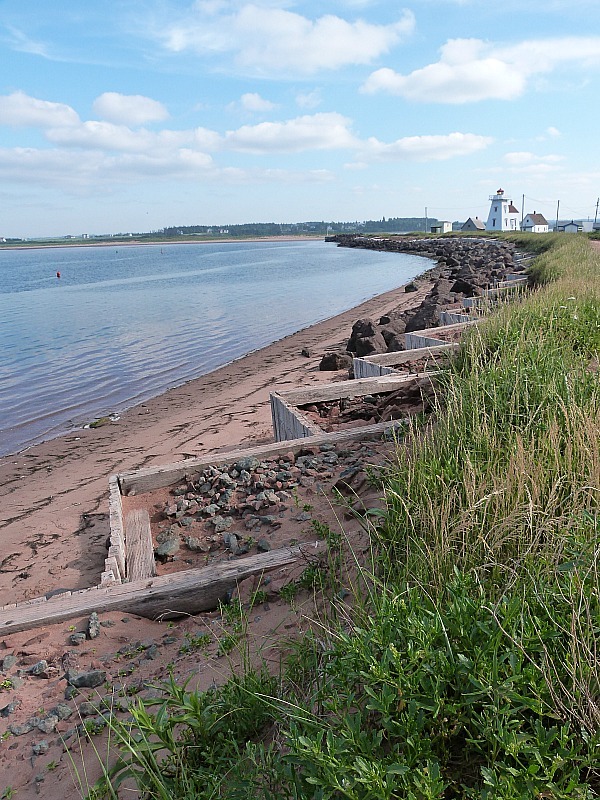 When we were dropped off at where we were going to be staying for the four nights we had on the Island, we initially thought we were in the wrong place.

We pulled up to an old farmhouse which was sitting across from a pasture. I had checked online how far we were staying from town before we had left Halifax and google maps had indicated that it was only a 25 minute walk.

Mike, our couchsurfing host, turned up just as we did so we were in the right place and it was indeed only a short walk from town. 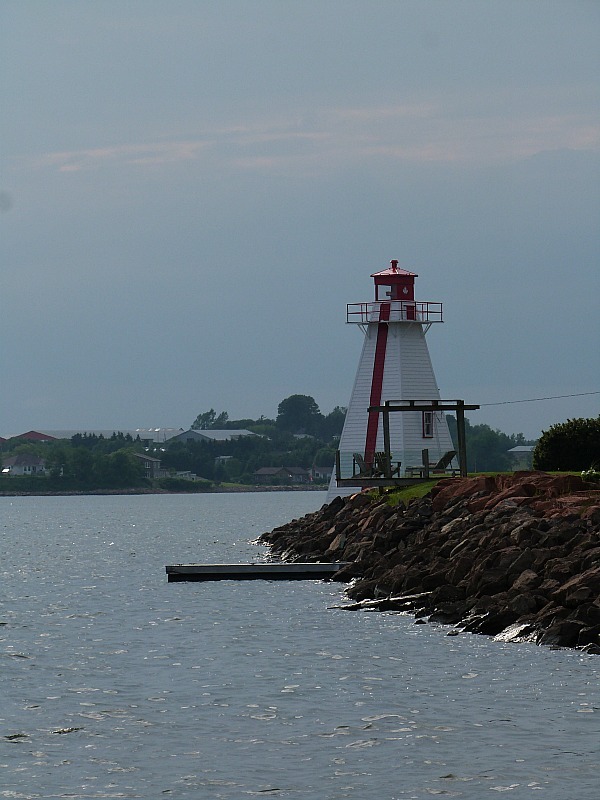 Mike walked into town with us to show us around a bit before we were left to our own devices. Charlottetown is small enough for people to know each other and have a real community feel but big enough to have a great social scene with live music, live theatre performances, a great art gallery and numerous restaurants and cafes.

We listened to a live band playing behind Province House then walked down pedestrian Victoria Row, the heart of Charlottetown’s dining scene. We met a few of Mike’s friends along the way and everyone was so friendly and open. 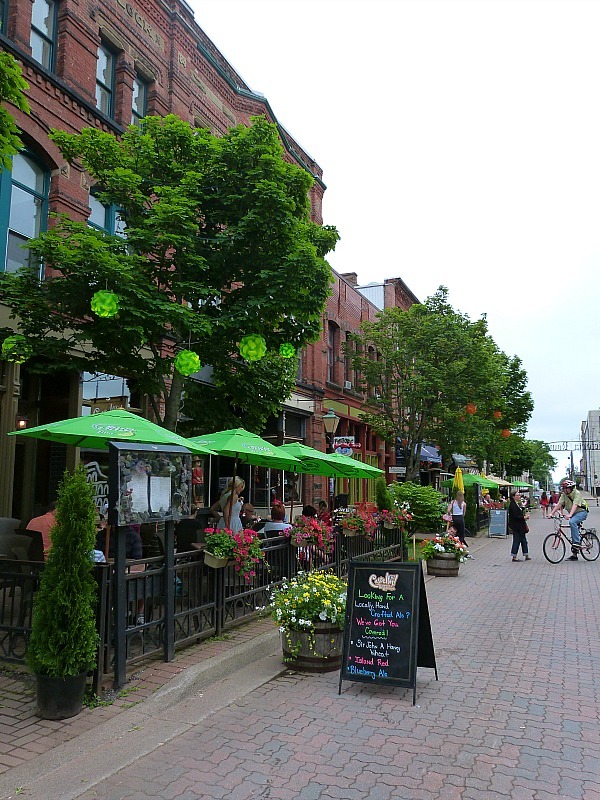 After wandering down to the waterfront, Trav and I treated ourselves to one of the locally brewed beers from the small Gahan Brewery, while sitting outside and watching the happy locals drift by, enjoying the warm summer air. 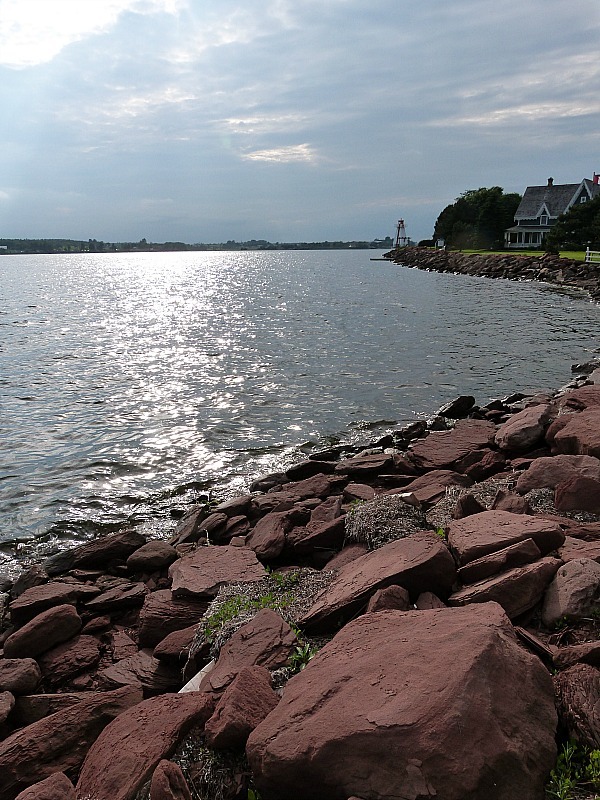 The days we spent in Charlottetown had a lazy summer feel to them. 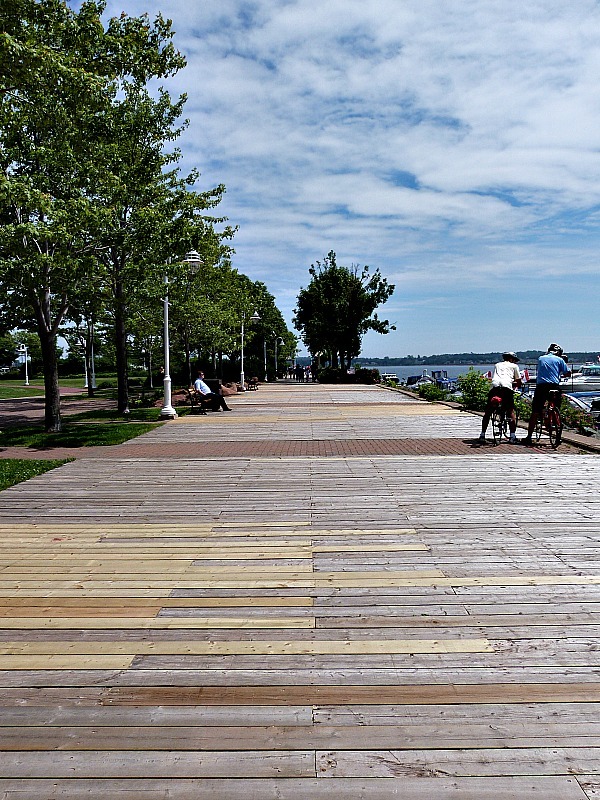 The first day we were there was Canada Day so after looking around town a bit, we made our way to the waterside Victoria Park to sit in the sun and listen to the bands performing.

There was a great Indie Band called the Meds and a band that played maritime music, traditional to this part of Canada. We stayed in the park the whole afternoon and watched the impressive fireworks display with the locals at 10pm. 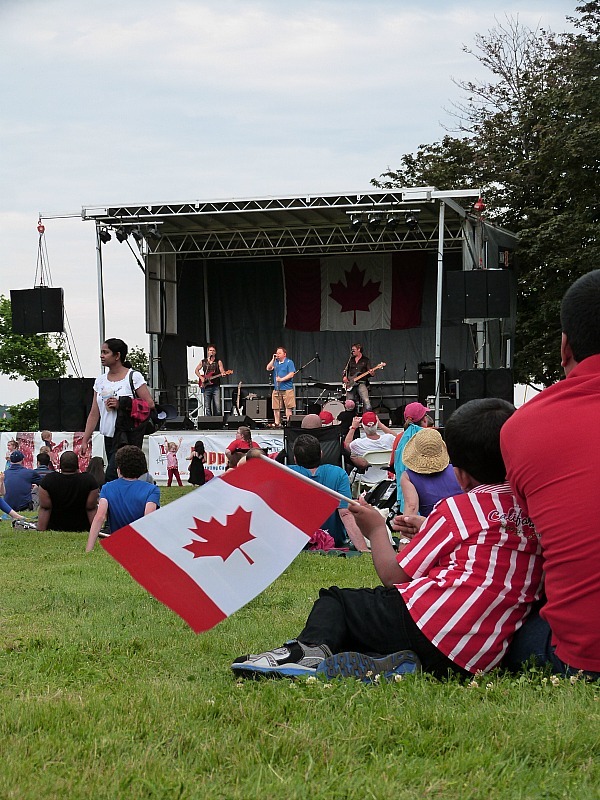 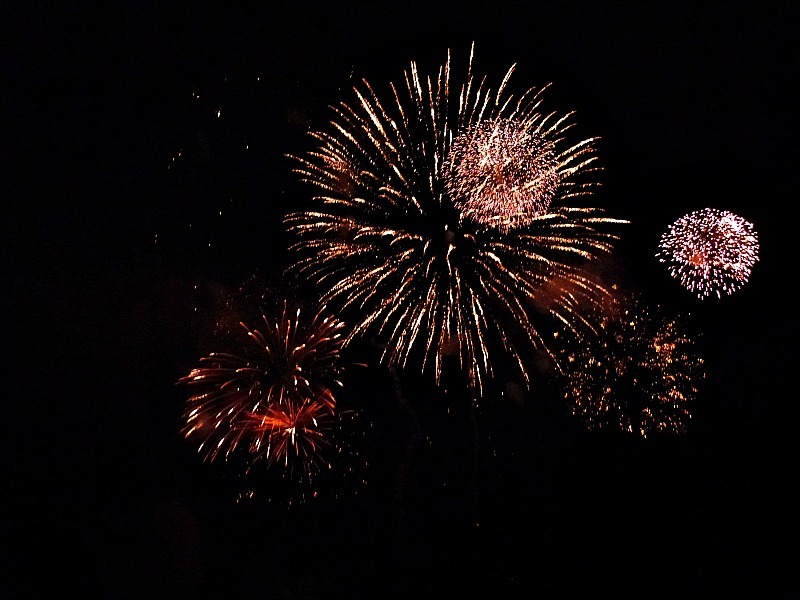 Charlottetown is an important city in Canada’s History as it is the birthplace of Confederation. It was here in 1864 that the idea of the independent British Maritime colonies, which were then New Brunswick, PEI and Nova Scotia, joining with Canada, which was comprised at the time of just Ontario and Quebec.

It wasn’t official till a meeting in Quebec six months later, but the idea was conceived in Charlottetown during the conference. 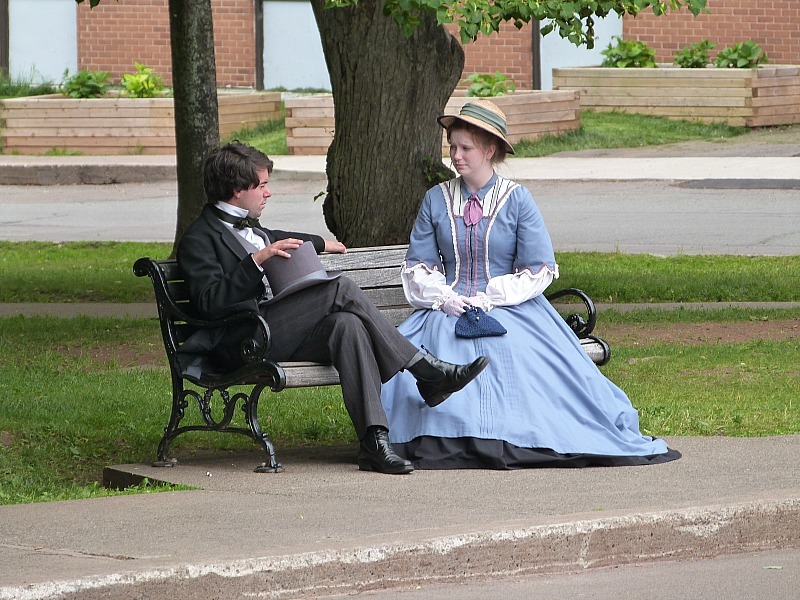 We watched a short film about it at Province House and visited the meeting room where the tentative plans were hashed out, restored to its former 1864 glory. 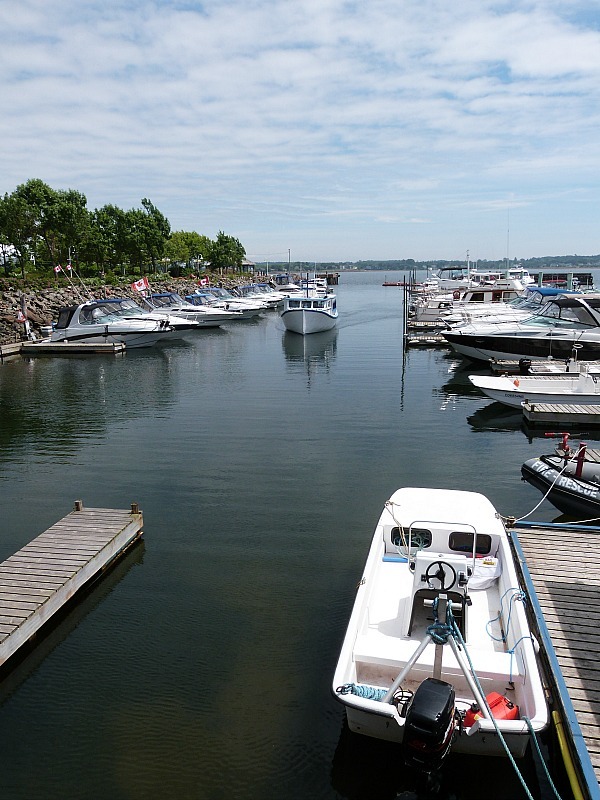 Exploring the Food Scene in Charlottetown

In the end, it really all comes back to food with me so we had a great time checking out what Charlottetown had to offer. There is a great café in town called Young Folk and the Kettle Black which had been recommended to us by our ride share driver. We had a lovely cappuccino there amongst the local artwork.

For lunch one day we had an amazing turkey burger and goats cheese poutine at the fabulous Big Orange Lunchbox and frozen yoghurt from the newly opened store on our way to town tempted us on more than one occasion.

Charlottetown’s Farmers Market was conveniently located across the road from where we were staying so we had to take a look to feed my food market obsession. It is quite small but lively, with great food options from local farmers.

We contented ourselves with fantastically made cappuccinos, super sweet strawberries and Lil Orbit donuts, which I had never seen outside of New Zealand before.

We met another local couch surfing host, Bob, at the market with his couch surfer Cheryl. Bob had kindly offered to take us on a mini Island tour. As there is no public transport on the Island we were very lucky to get to see more as we couldn’t afford car hire.

Unfortunately Bob’s car had broken down a couple of days earlier and he was waiting to hear from the Mechanic about when it would be ready. While we were waiting, we walked downtown and visited the Harbour front and the Cruise ship market.

Everyone indulged in some famous Island made Cows ice-cream, similar to Ben and Jerry’s and equally as good.

Bob is friends with the lady that owns the Chip Shack by the water so we dropped by to say hello. The self titled ‘Queen of Fries’, is a very outgoing and friendly lady, who recently returned to PEI after 20 years away. She sings in a local rock band and makes some mean apple fries with caramel sauce.

After that we went back to Bob’s place briefly until finally his car was ready and we set out for an evening tour.

Bob took us up to the north of the Island to North Rustico, a small beachside community. We got out to take photos of the cute lighthouse and the pale pink, sandy beach then we carried on through the rural Island scenery to Prince Edward Island National Park. 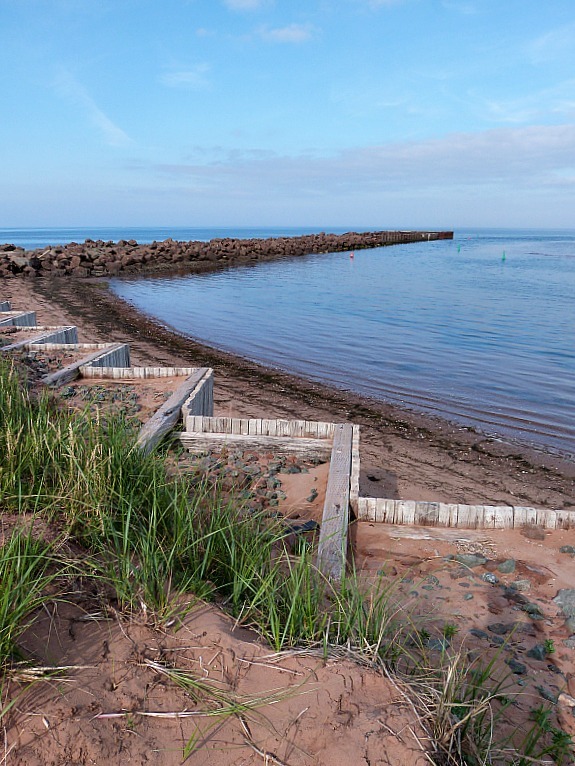 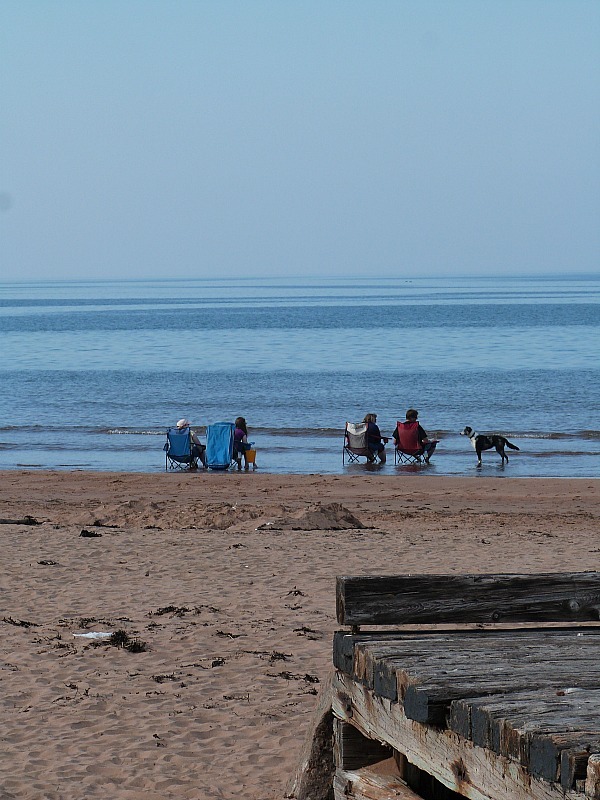 Bob took us to his favourite viewpoint with fantastic views over the red cliffs and out to sea. 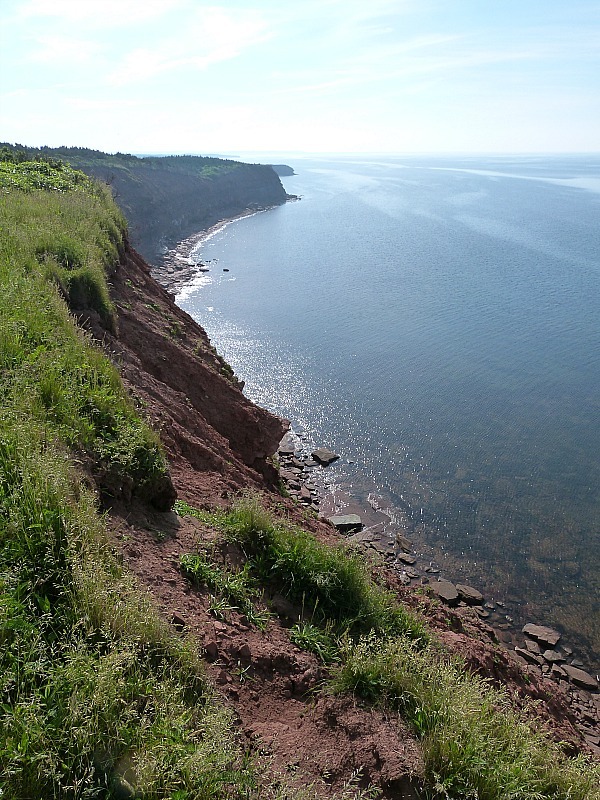 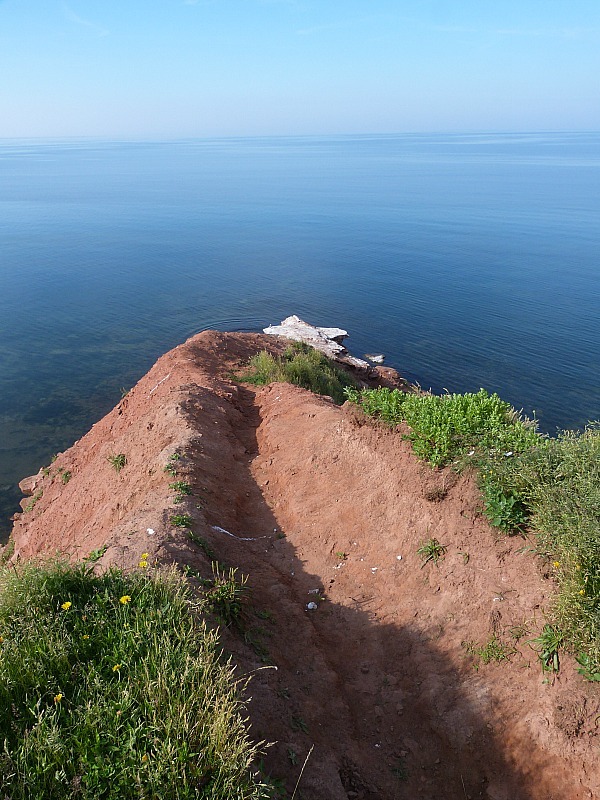 Next we visited Cavendish, the tourist mecca of the Island and where Green Gables house is located. As soon as you get near the house you know it is tourist central as there are all sorts of tacky tourist attractions such as a Ripleys Believe it or Not and Dinosaur themed mini golf. 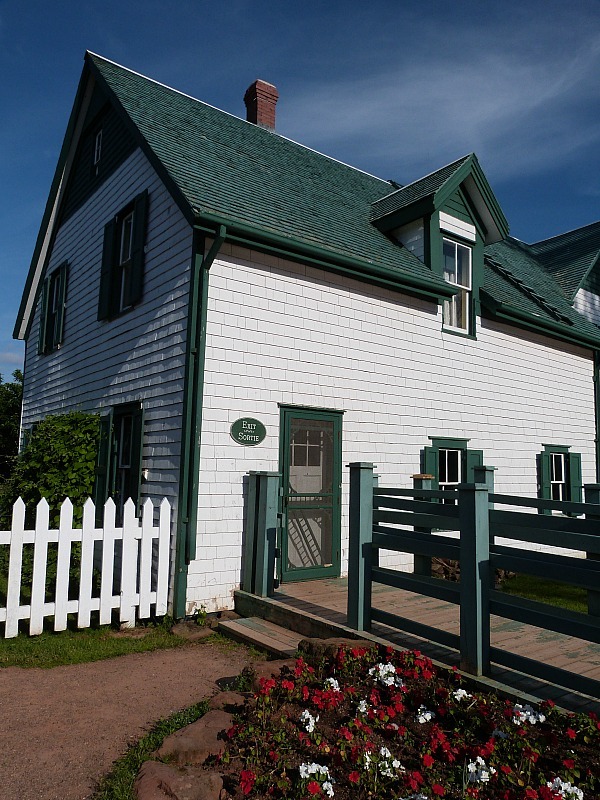 As it was after 5pm the house was closed so we were able to wander the grounds and peek through the windows without paying for admission. The house has a spectacular location on a big property with a beautiful flowerbed.

Prince Edward Island has a lot of foxes and we were lucky enough to see a couple up close on our road trip. They were a lot healthier looking than the foxes we are used to in London! There are both red and silver foxes and we saw a cute young one that was a mixture of both. 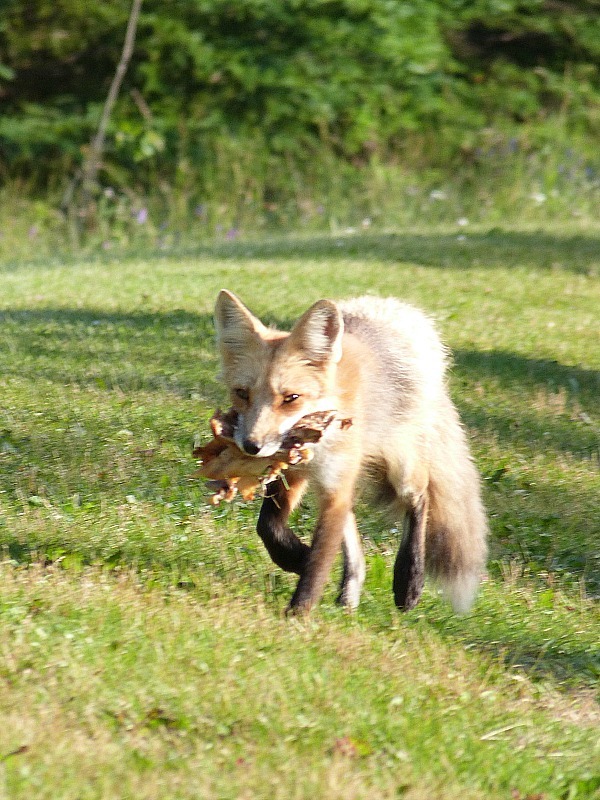 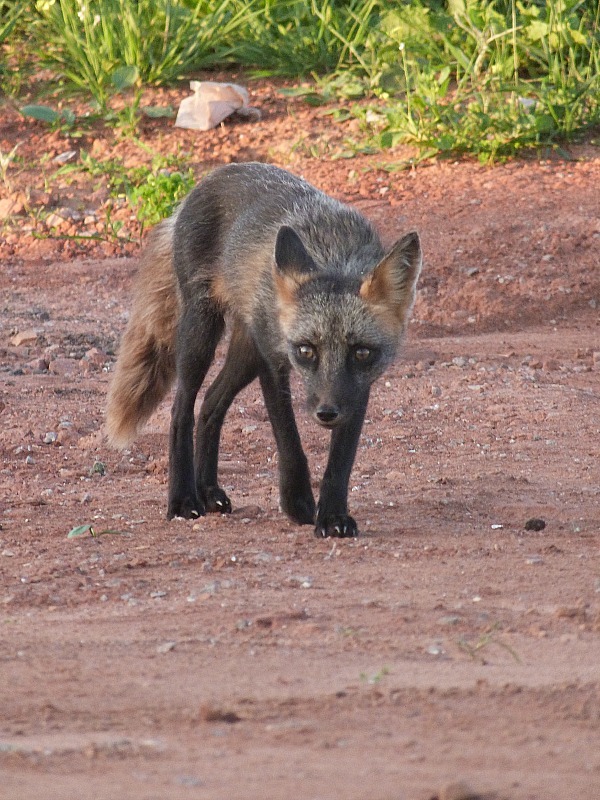 Cavendish beach was our last stop on our tour. It is a pretty patch of sand backed by dunes and a large lake. I went for a wander while Trav skipped stones across the shallow and still water and Bob went for a swim. Too cold for us! 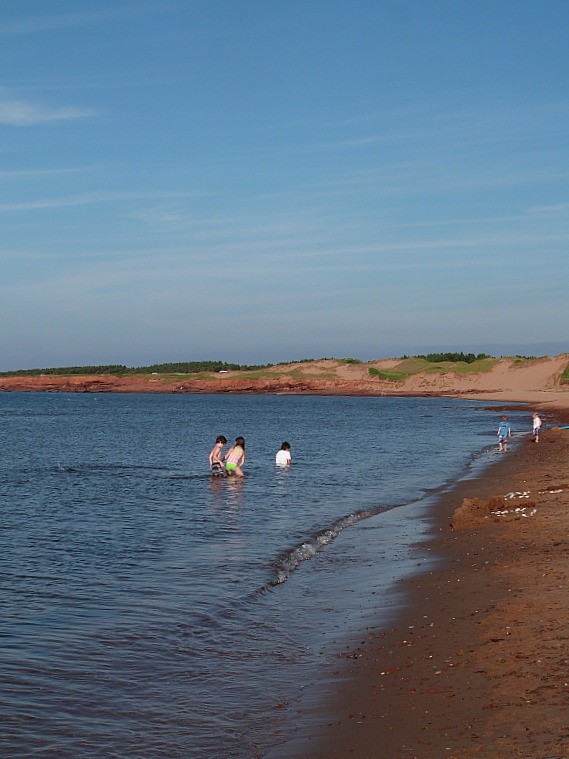 We left early the next day on a 12 hour bus to Riviere-du-Loup in Quebec. A long day, travelling through four Provinces with no air conditioning on-board.

Our visit to PEI was short but sweet, a taste of Canada’s Island Province which only assured our return there some day. Maybe by then they won’t be charging for the bridge anymore.