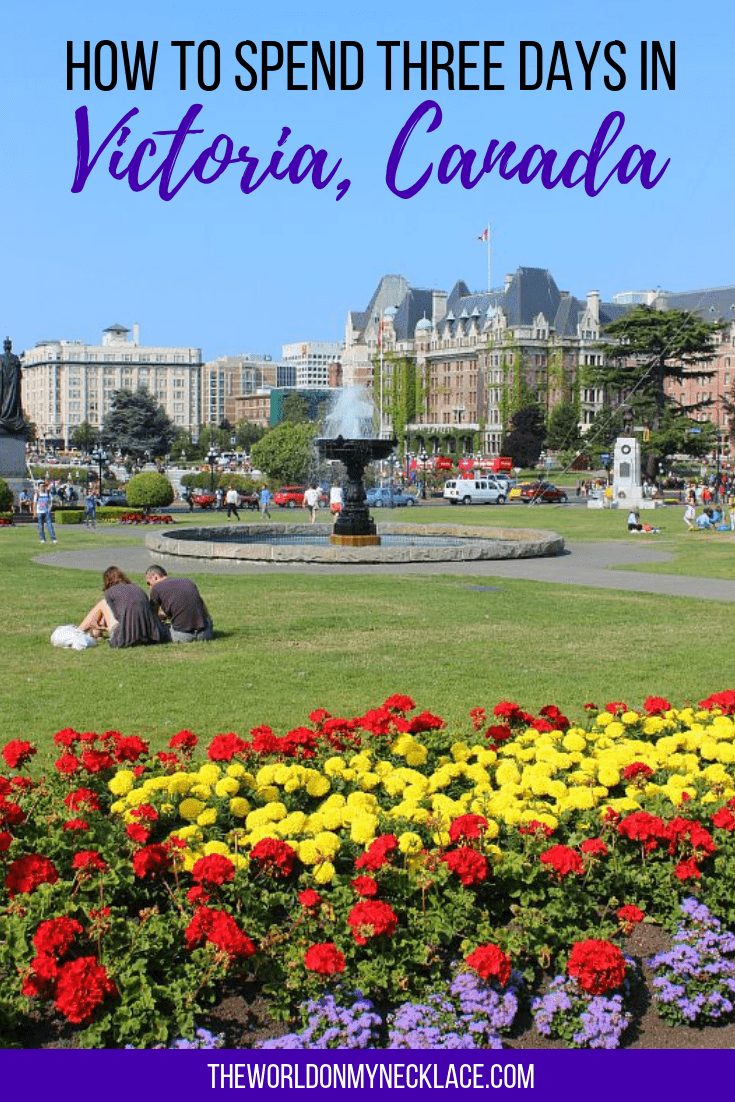 Have you ever been somewhere, absolutely loved it, even considered maybe moving there one day, then returned a few years later and thought: meh.

That’s how I felt about Victoria, Canada.

Don’t get me wrong, I still like the city. There were even things I loved about it. I was just underwhelmed on the whole during this past visit.

After my first two visits I had in my head that it is a smaller, quieter version of Vancouver, a city that I wholeheartedly love, but this time around I wouldn’t even say that they are in the same league.

Downtown Victoria felt empty and uninspiring, the harbor had a Disney feel to it and overall I just felt it lacked in vibrancy. 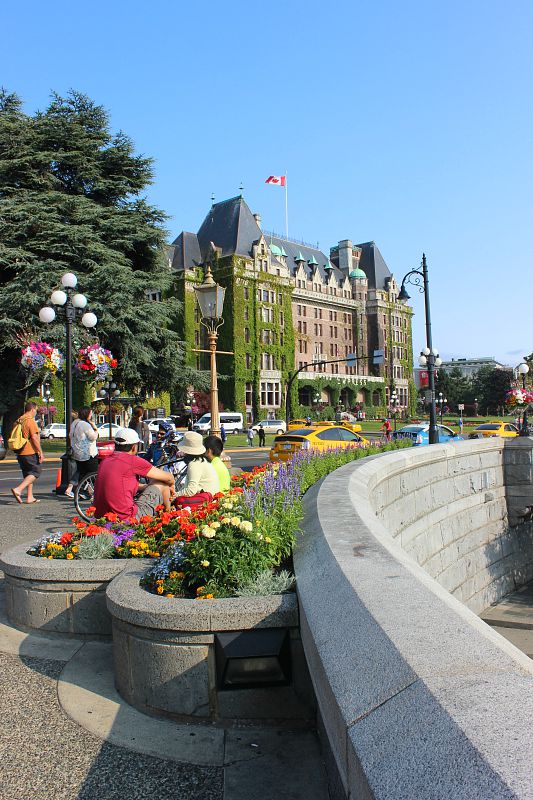 Maybe I just wasn’t feeling it after the rough time I had on Hornby. It could also be that it was the middle of summer so the tourist season was in full swing while the students were all away on holiday still. So many other bloggers love Victoria, maybe I would have too in different circumstances.

I only spent three days in Victoria on this trip and although they weren’t overly exciting, they were still enjoyable.

Victoria is the capital of British Columbia and is a harbor-side city with strong English heritage. It certainly embraces the English with stone buildings covered in ivy, English style pubs, and even red double-decker buses modeled on London’s buses. 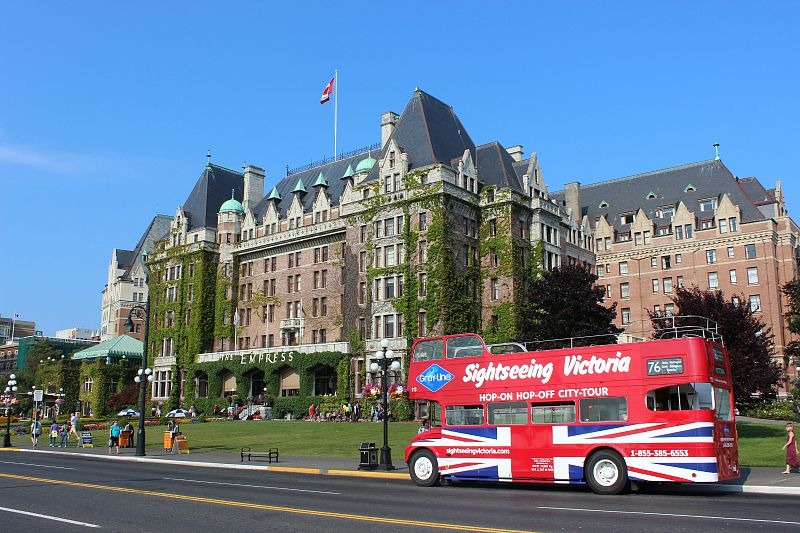 It is something that I found charming on past visits but the commercialization of the English-ness of the city this time made me think that perhaps they should work harder to embrace their own identity rather than stealing one from another country.

I stayed with an interesting and well-traveled couch surfing host, Elain, and her cute little dog Jacob. Elain was definitely a character.

With her booming voice and theatrical gestures, she was a great person to chat to and I loved hearing about her past travels as she showed me her journals, with watercolor pictures depicting the daily scenes that she captured beautifully.

Elain is an artist and was an art teacher for many years, allowing her the freedom to travel in the many vacation days that teachers get.

I was lucky enough to have my own little room in the basement which is a definite score when you are couch surfing. I was also lucky to be staying in the charming neighborhood of Oak Bay.

I hadn’t made it to Oak Bay on my previous visits and I loved the cute village center with its fabulous book shop and the excellent coffee at Discovery Coffee. It had an English feel to it but it felt authentic which is something that the harbor lacks: authenticity. 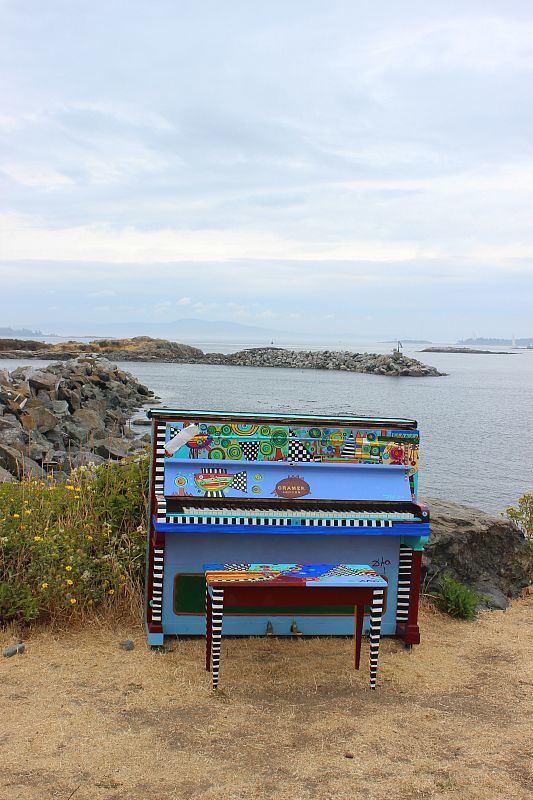 In the evening I would walk Jacob through the quiet streets of Oak Bay to the supermarket to pick up something for dinner. It was one of my favorite parts of the day.

Along with its English heritage, another thing that Victoria Canada is known for is seafood. Arguably one of the most popular places to sample it is Red Fish, Blue Fish.

Housed in an up-cycled cargo container on the Victoria wharves, Red Fish, Blue Fish serves an array of fresh seafood but the only thing on the menu I was looking at was the Halibut and chips.

Halibut is my favorite fish and I eat it every chance that I get which isn’t often these days, living in Australia and all.

The line was long and slow-moving, even at 2.30pm on a weekday. It was worth the wait luckily and I was treated to perfectly cooked fish and delicious chips and coleslaw.

Walking around the circus that is the Inner Harbor made me feel a bit claustrophobic. I am not a lover of big crowds and that is exactly what the Inner Harbor was housing: a massive swarm of tourists. 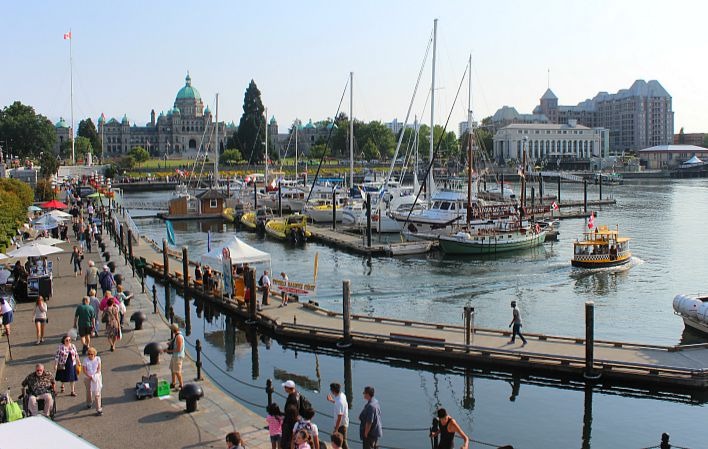 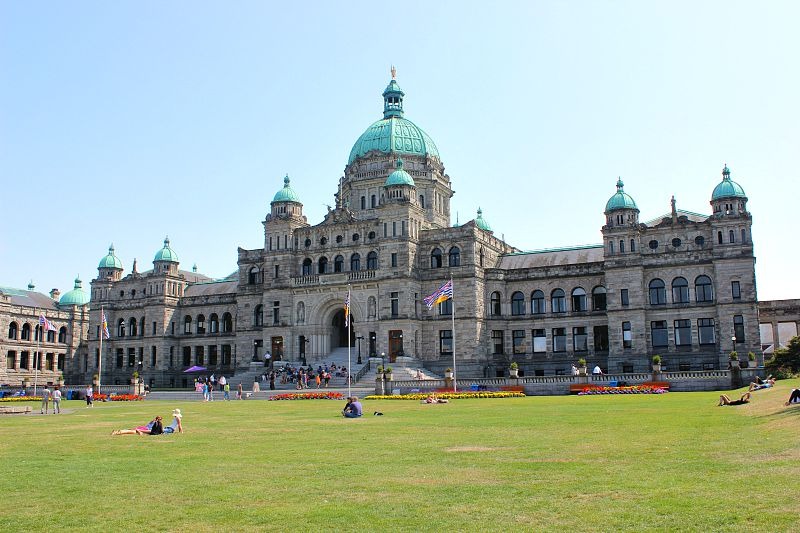 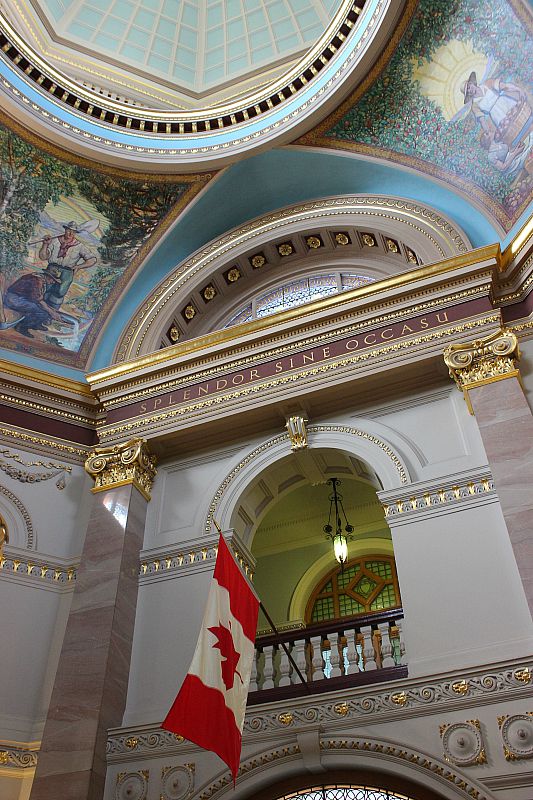 Walking around the harbor from Parliament I made my way to Fisherman’s Wharf, a float home community with a handful of restaurants.

It was at Fisherman’s Wharf that I first felt the desire to live in a float home after visiting a friend that was renting a room on one. I subsequently rented a two bedroom float home on the Thames in London a year later. 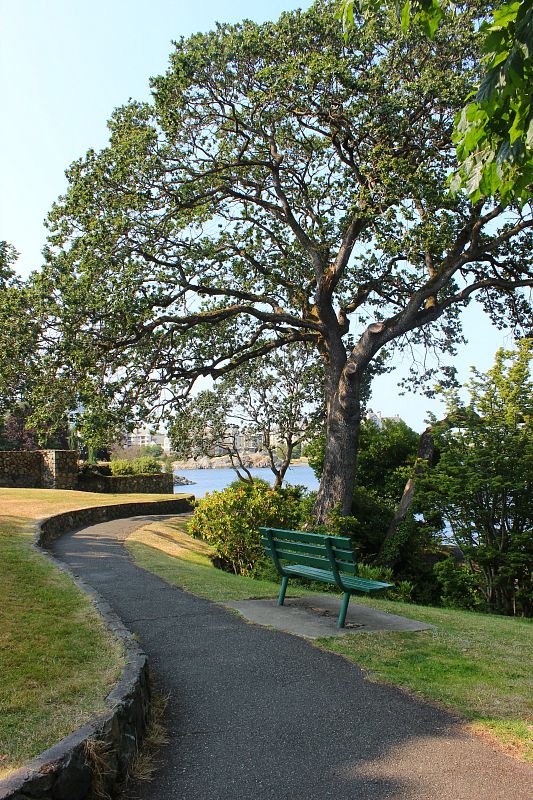 I was surprised to see that Fisherman’s Wharf had almost doubled in size from the last time I visited in 2010. It was also more commercialized. It was disappointing. 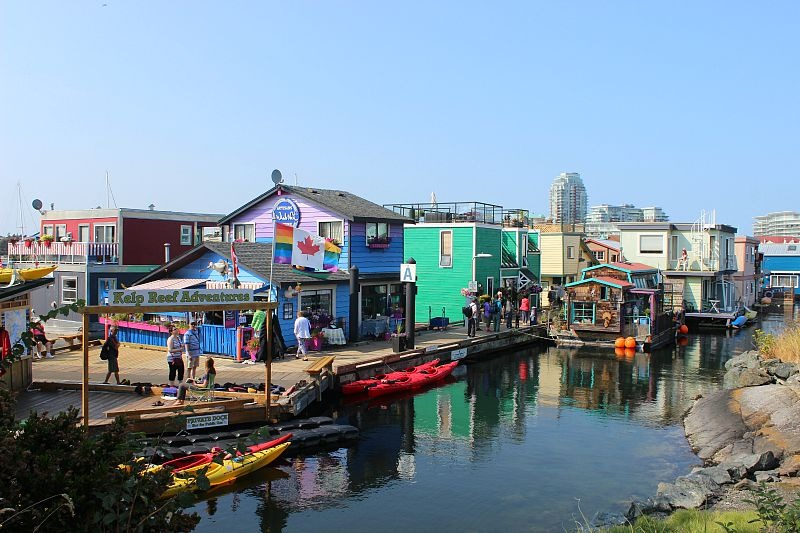 My favorite morning in Victoria was spent walking through Oak Bay Village to the coast at Oak Bay. I continued around the coastline south, past small offshore islands and the Oak Bay Marina. Wild deer grazed on flower beds beside the road side. A common sight in the neighborhoods around the city. 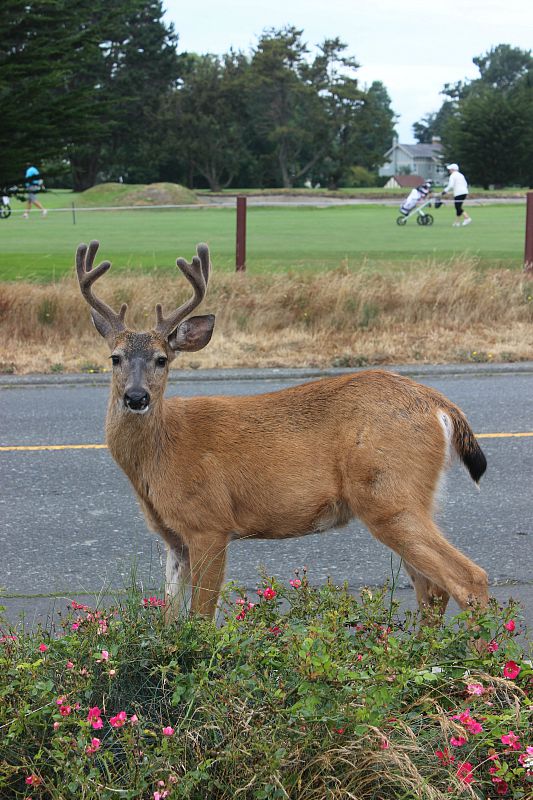 Despite the commercialization of Victoria’s English heritage, the coastline has been remarkably untouched. It is still wild and ruggedly beautiful. Something that you can’t find so close to the city in Vancouver.

The coast of Victoria is worth the visit to the city alone. 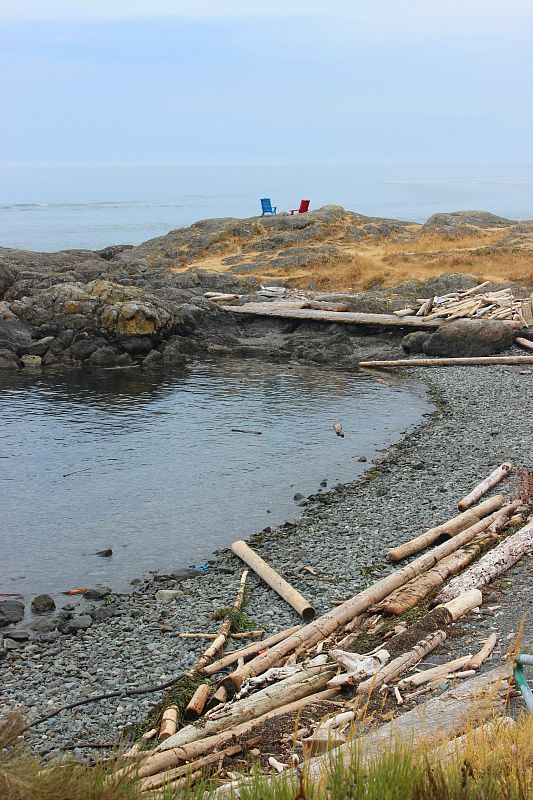 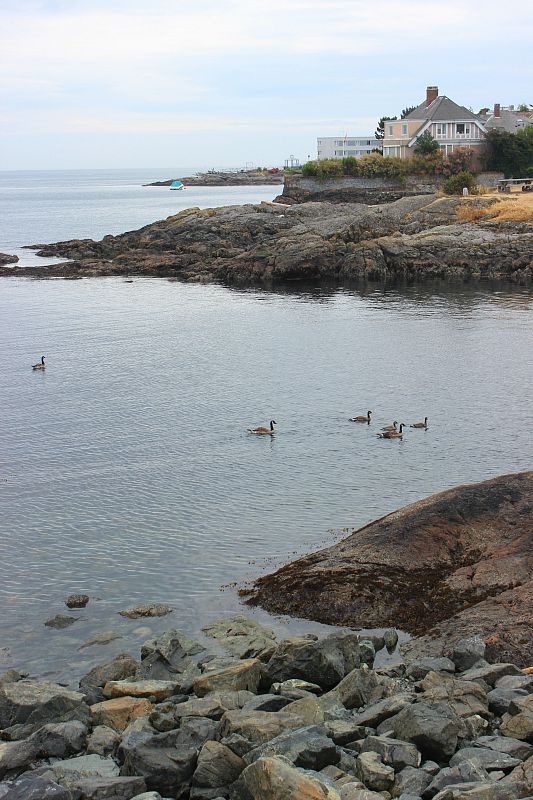 Driftwood strewn beaches of pebbled and grey sand bordered water of a chilly blue. Clear and inviting even below the overcast skies.

This is where the moneyed of Victoria have made their homes and it feels unchanged from what it looked like 100 years ago.

A family of deer drew me into the Ross Bay Cemetery, a quiet tree-filled space of carved stone graves. I happened upon Emily Carr’s grave almost immediately. Emily Carr is one of Victoria’s most famous former residents, a painter, and writer that has left her mark on Canadian culture. 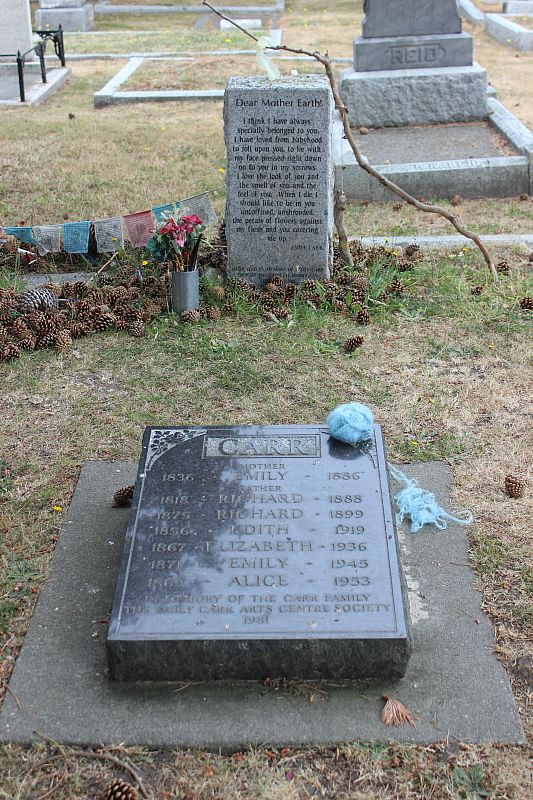 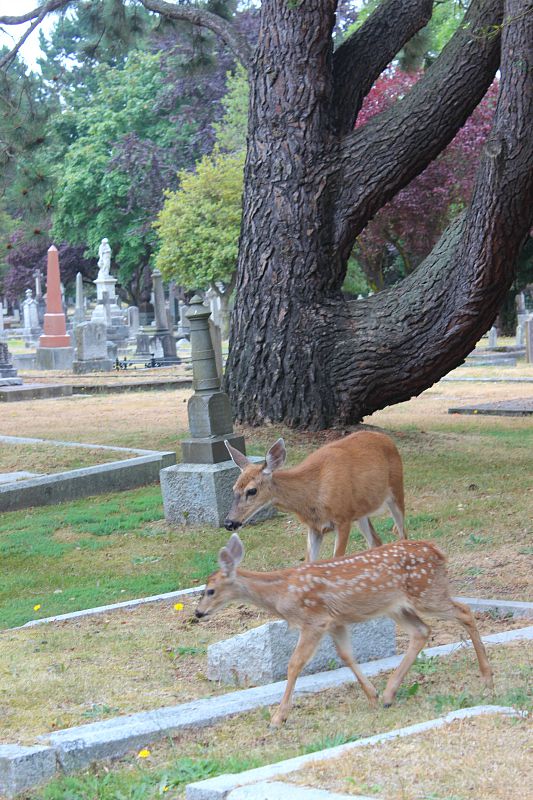 In Fairfield, I arrived at the Moss Street Market just before the stalls were closing. The skies opened and dumped the rain that had been threatened all day.

I had time to quickly peruse the stalls and grab lunch that I ate sheltered under an awning. Quite different than the first time I visited the market when we sat in the sun and listened to live music. Oh well.

The rain claimed the rest of my day. I took shelter at the Cottage Bakery and Cafe with a slice of peach pie and a coffee to wait for it to die down before walking back to the house under blackened skies.

Beacon Hill Park is to Victoria what Stanley Park is to Vancouver. It is a grassy expanse of parkland overlooking the rough Pacific waves that is home to lakes, manicured gardens and even a Children’s Farm.

Walking through the park was a peaceful start to my last morning in Victoria. It’s just a shame that because of the dry spring the grass was very brown. Peacocks wandered around with their plumage on display the closer I got to the farm. 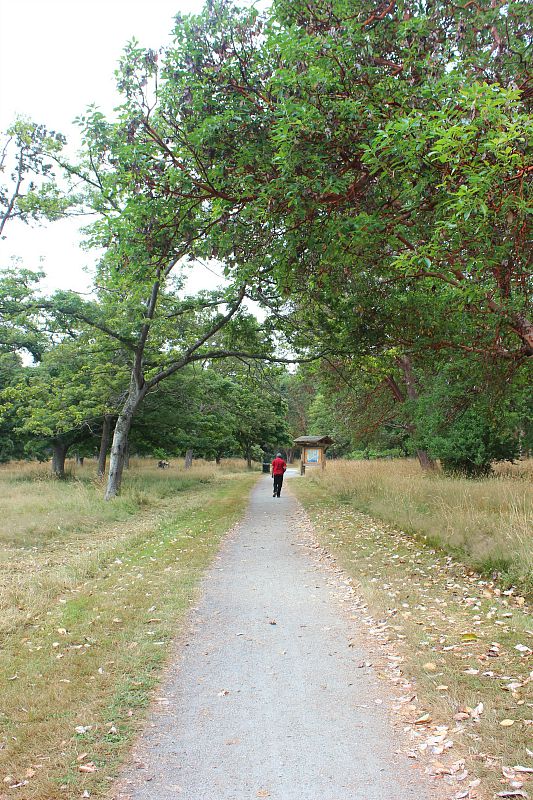 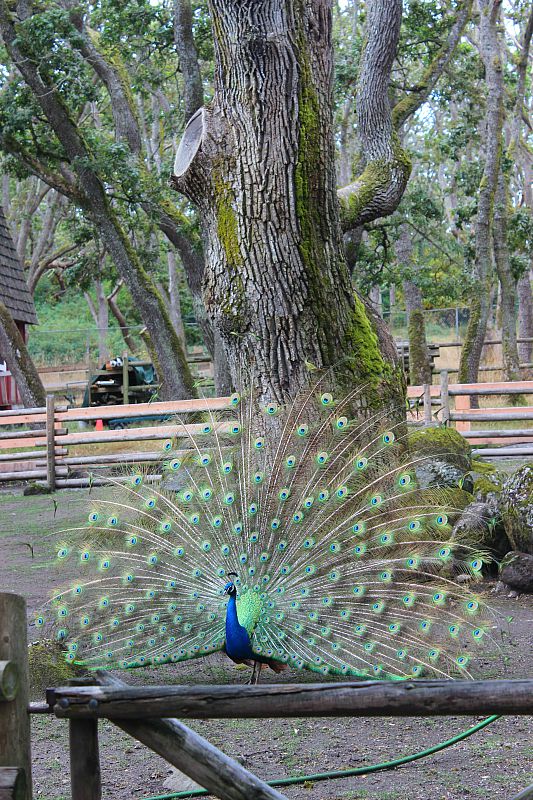 The first time I was in Victoria the friend we were staying with took us to see the goat stampede at the Children’s Farm. Twice a day the goats are released from their pens to run down to the petting area.

It may be a kid’s event but I thought it was the cutest thing and as an avid goat lover I wanted to see the action again this time around.

At 10.10am the goats came careening down the narrow walkway to the petting area. I followed them in there. 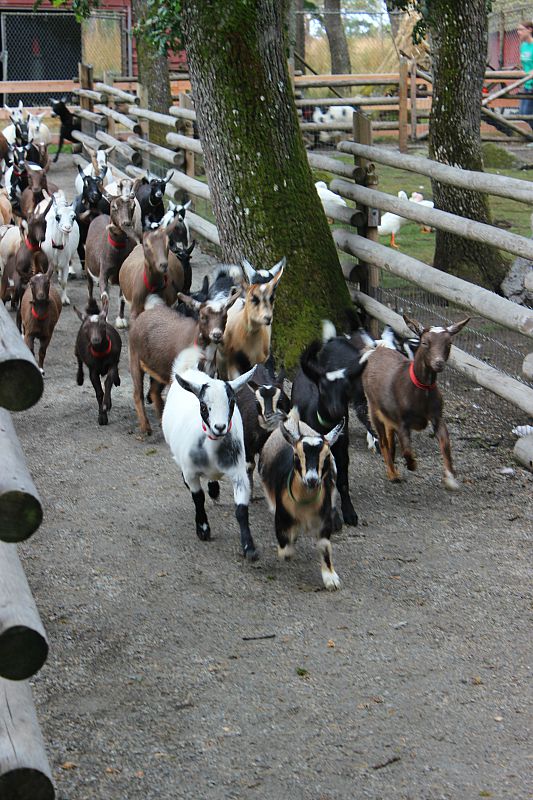 Is there anything cuter than baby goats? I had three pet goats when I was a kid and spent hours playing with them on the farm. It was so great to be around them again even though they tried to eat my hair, my scarf, and my jumper.

A couple of little ones also jumped on my back when I was kneeling down. Too cute. 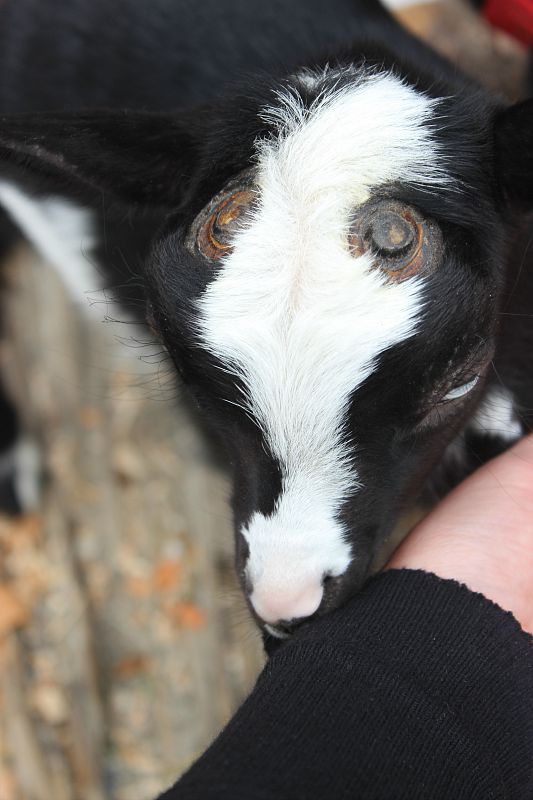 Next to the park is Cook Street Village, another beautiful enclave within the city and the perfect place to grab a coffee before one last walk along the seaside.

The sun was shining again and the coast around from the park was magnificent. The perfect note to leave the city on. 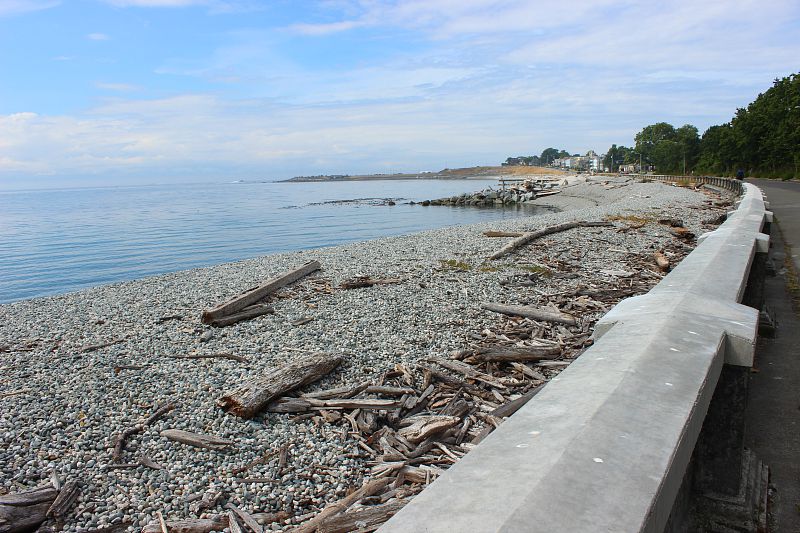 I will no doubt give Victoria another chance in the future, but maybe not in the middle of summer. There are so many great day trips you can do from Victoria too, including Sooke and Witty’s Lagoon – another good reason to return.

Maybe you can go back, but it just depends on the timing. 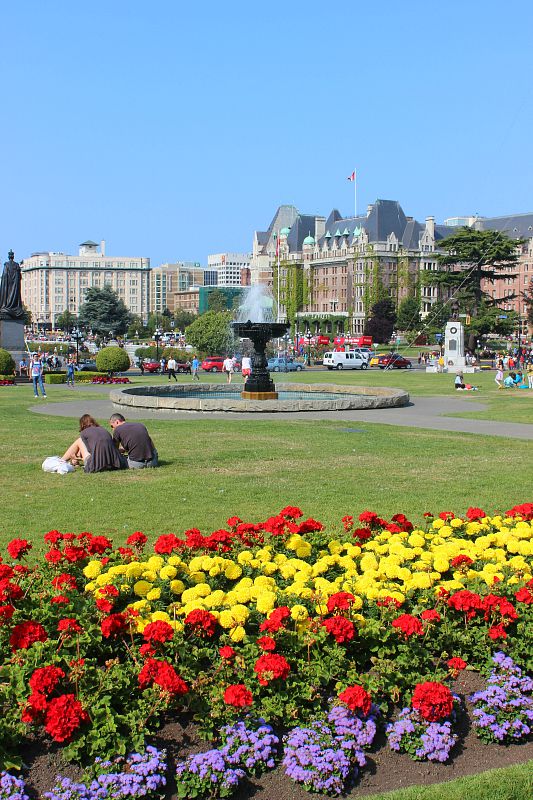 Have you been to Victoria, Canada? What did you think?