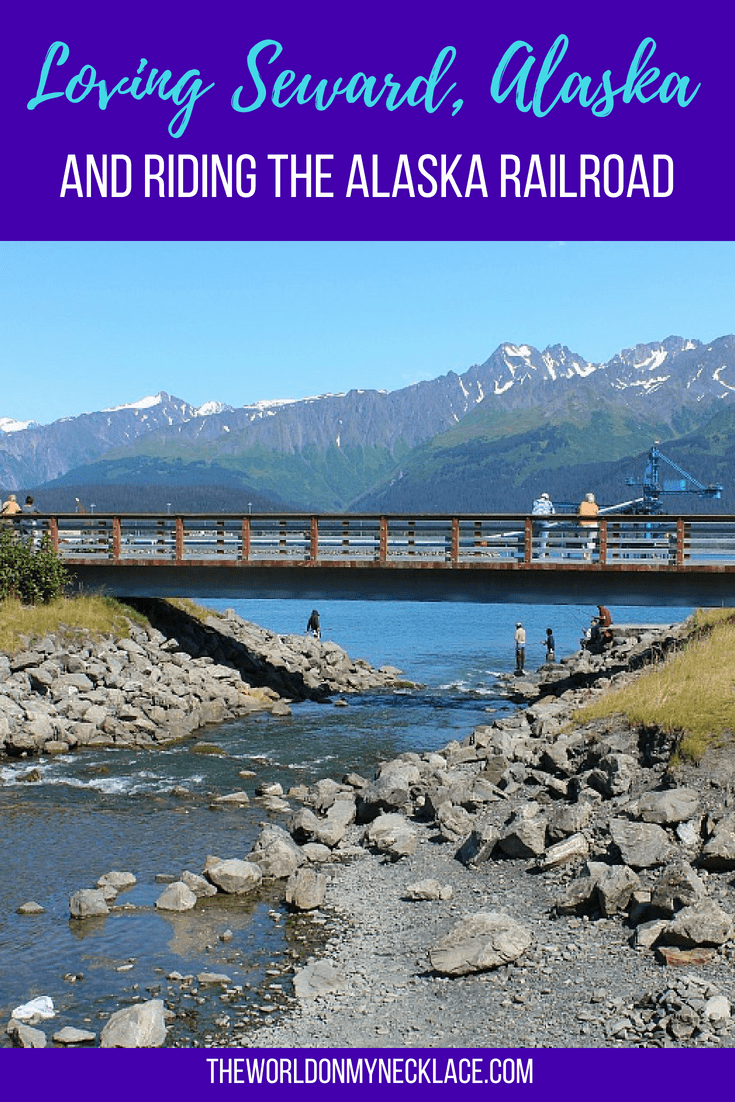 Table of Contents show
All About Seward, Alaska
Catching the Alaska Railroad from Anchorage to Seward
Arriving in Seward
Enjoying the Natural Attractions of Seward

After four days in Alaska’s big smoke, I was more than ready to leave.

It wasn’t that I hated Anchorage, but I didn’t come to the wild north to hang out in a big, nondescript city. The smaller enclaves of the State were calling my name.

Early on a ‘summer’ morning I walked to the train station in the freezing rain. The quiet streets gave way to a bustling station, the windows fogged on the inside from the couple of hundred people waiting to board the train.

After collecting my ticket and checking my bags I took my seat on the famous Alaska Railroad for the scenic journey down to one of Alaska’s most beautiful cities, Seward. 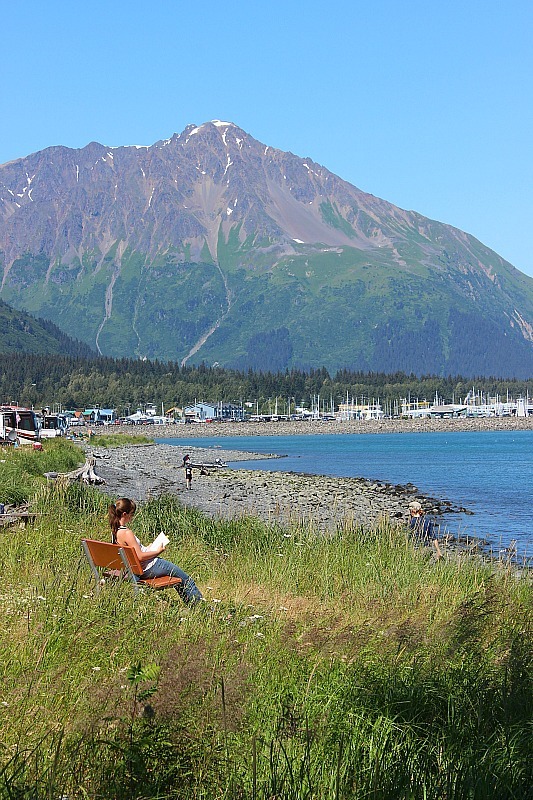 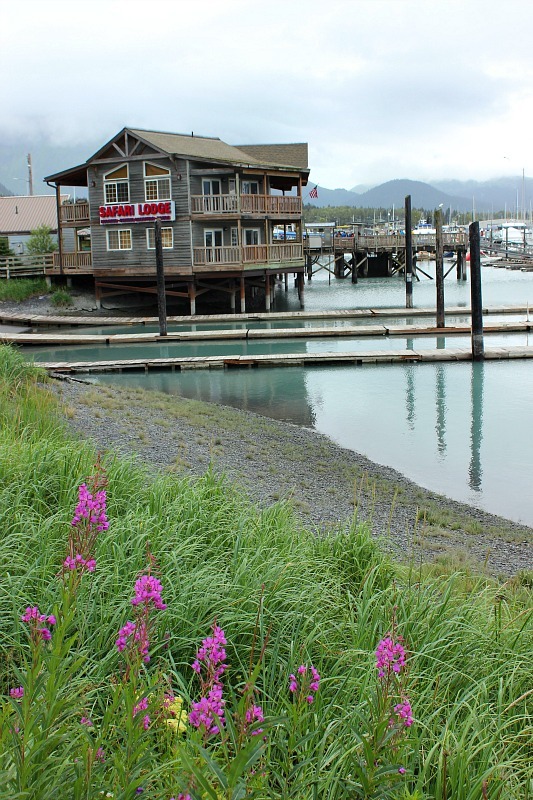 All About Seward, Alaska

Seward could only be called a city in a place as vast and under-populated as Alaska. Anywhere else a place with a population of only slightly over 3000 souls would be classed as a town, or even a village.

But in Alaska, where all of the settlements except three have a population of under 10,000 people, cities come a lot smaller. 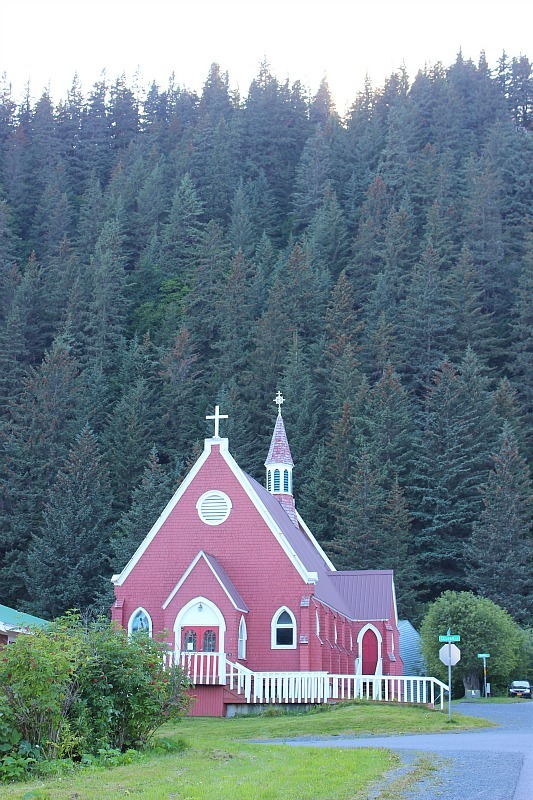 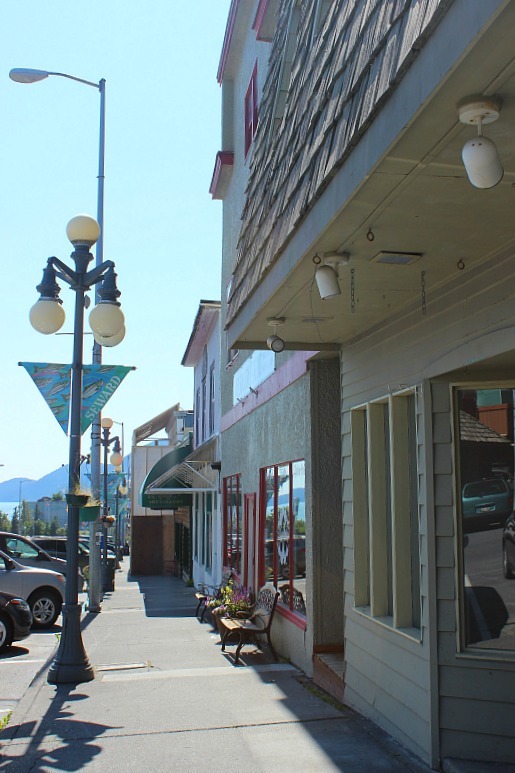 Wedged between the mountains and the sea, Seward was founded in 1903 and was named after President Lincoln’s Secretary of State, William Henry Seward, who was behind the purchase of Alaska from Russia in 1867.

Catching the Alaska Railroad from Anchorage to Seward

Catching the Alaska Railroad was one of my must-dos in Alaska. Linking Seward in the south to Fairbanks in the North, the railroad passes through incredible scenery along the way.

The weather was dark and stormy as we departed Anchorage but I was ready to burst with excitement. It felt like the true beginning of my Alaska adventure now I was leaving Anchorage, and a little rain wasn’t going to put a dampener on that.

I was on the wrong side of the train to see the views over the Cook Inlet and then Turnagain Arm so I headed up to the Panorama Car. Sitting in the top part of the train with large windows and a partial glass roof, the view was spectacular.

I admired majestic mountains and choppy indigo water as I searched for elusive beluga whales offshore. I never did see any. 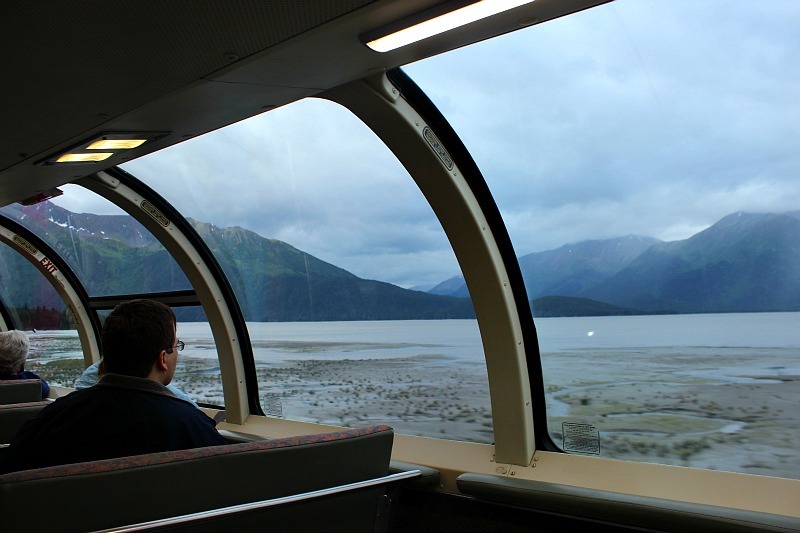 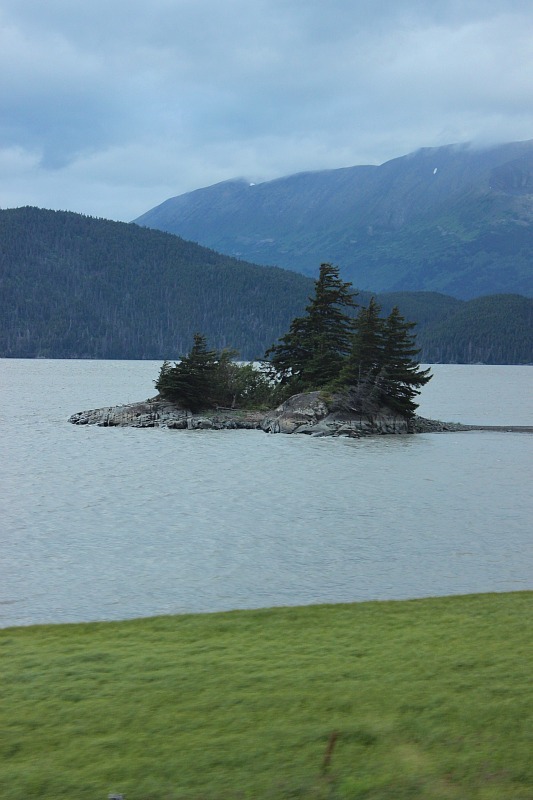 After following the coast for a while we entered a valley and saw a couple of bald eagles keeping watch from the tips of naked trees by the railroad tracks.

The sun burst through the clouds and lit up a verdant valley for a few minutes, the heat of the sun penetrating through the thick glass of the train car. Just as quickly it was gone again, hiding back behind an ominous black cloud. 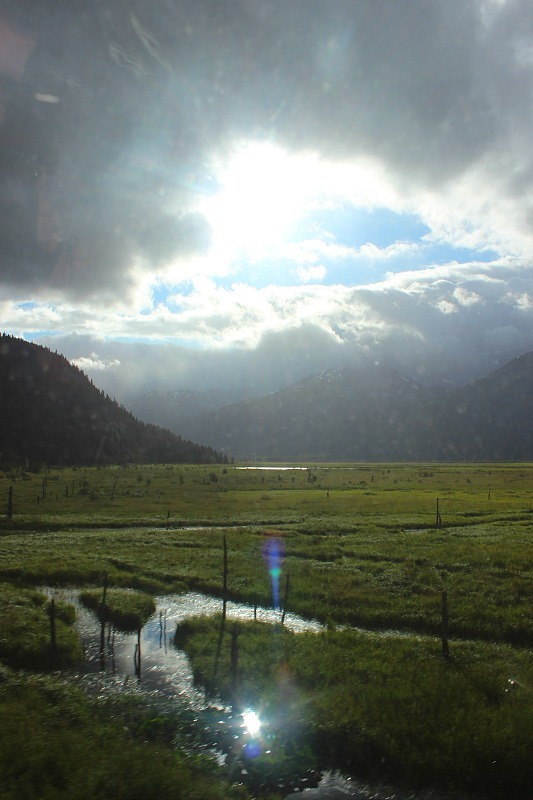 Waterfalls crashed into fast moving rivers on either side of the tracks. Giant glaciers filled crevasses on mountain tops in the distance. This was the wild Alaska that I had been dreaming about. 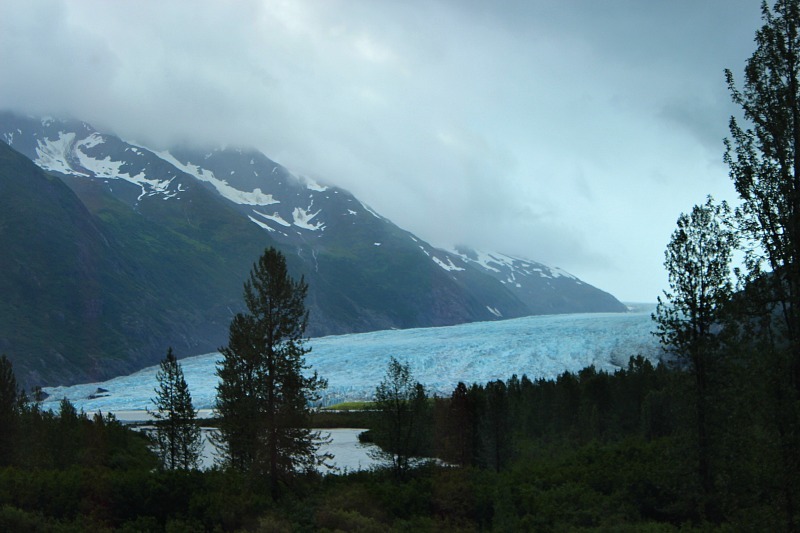 Driving rain welcomed me to Seward. All of us that weren’t boarding the giant cruise ship in port crowded into the local free shuttle to be dropped into town. I carted my bags along the road, shivering from the cold and fatigued from the early start. All I wanted was to be warm and out of the rain.

The Moby Dick Hostel was like a beacon in the distance, shining through a curtain of heavy raindrops. A jaunty white house with blue and purple trim: a well worn but comfortable bastion from the adverse weather conditions outside.

With a big communal table in the poky kitchen and a cosy lounge area lined with travel posters, it felt like a welcoming space. A home away from home. That’s how I like my hostels: full of character and well-loved by the many backpackers that have come before me. 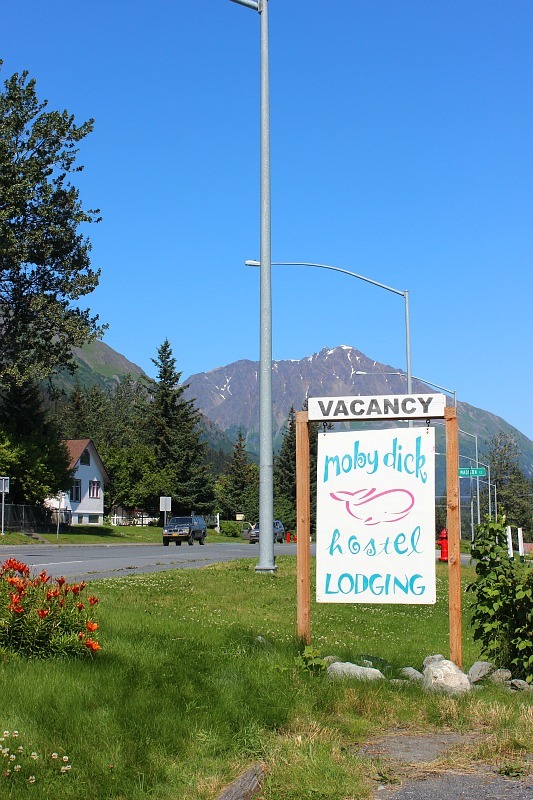 What I loved most about my time at the Moby Dick Hostel was the people I met there. A group of us formed a little hostel family pretty quickly. We were a band of solo female travellers of all ages and continents with a couple of couples thrown into the mix. We were all in Alaska for the same reason, to discover the wilderness and truly experience it for ourselves.

We cooked together in the kitchen and shared meals around the giant table. Fresh fish caught by a fishing guide who was staying there, a delicious Japanese curry. Green tea in the tiny lounge. Soaking up the sun on the deck on an unusually hot day. 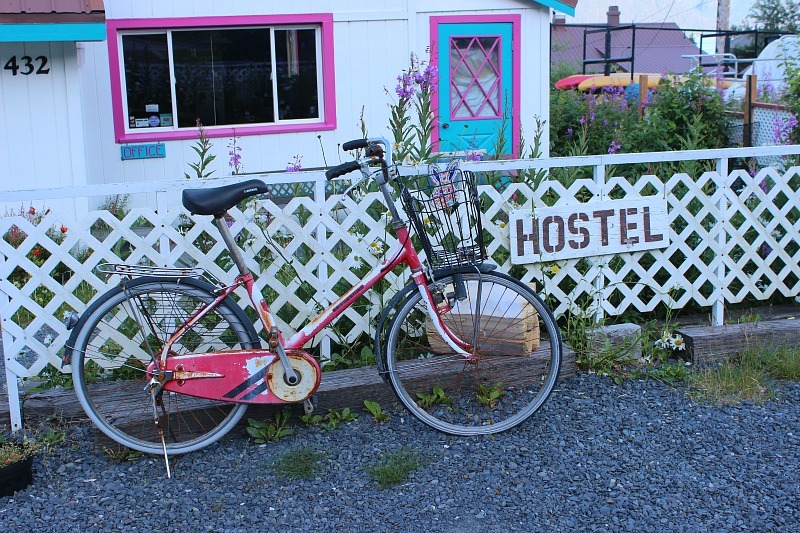 After hiking the astounding Harding Icefield trail, we celebrated with a pub crawl from the Seward Alehouse where all the locals turned around and looked at us when we walked in (just like in the movies), then onto the Yukon Bar where there was live music and hundreds of one dollar bills stuck to the walls and roof, with messages and signatures scribbled on them.

The mild hangover the next morning was worth it for the fun we had that night.

I had found one of those great little hostel families that form sometimes when you are travelling, if you are really lucky. 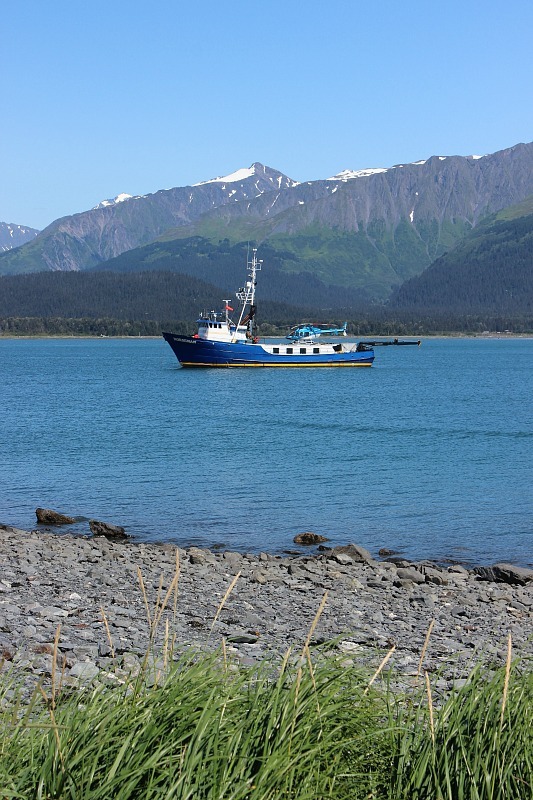 Enjoying the Natural Attractions of Seward

When I wasn’t hanging out with new friends from the hostel, I was out enjoying the incredible natural attractions in and around Seward.

I hiked above the Exit Glacier to the Harding Icefield, I spent a day on a boat exploring Kenai Fjords National Park from the water. Both of those days were two of the best of my trip but the time I spent in Seward itself was just as magical.

My first day in town was cloudy and I couldn’t see the mountains across the bay but I had already fallen for this little town at the edge of Alaska. It was gorgeous even when it was draped in grey. When the sun came out the next day, and every other day after that I was there, it was even more beautiful. 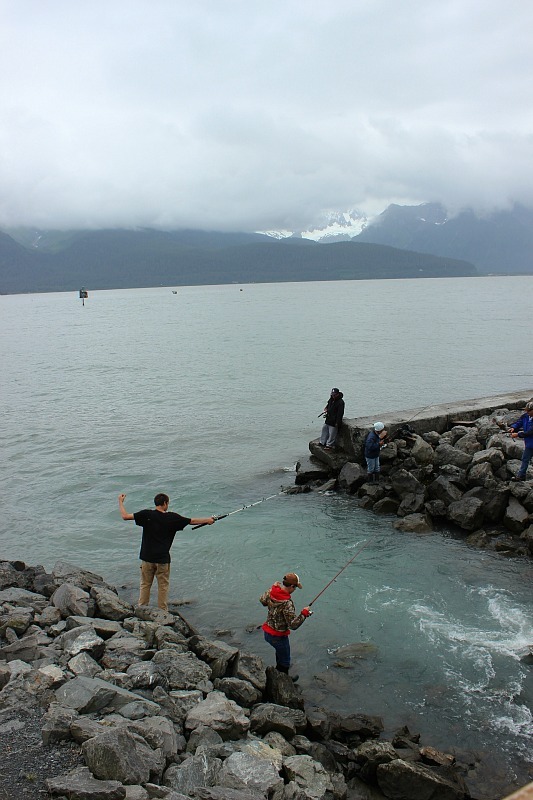 In fact the town is one of the most beautiful I have ever seen. With a stunning location on the Kenai Peninsula at the head of Resurrection Bay, Seward is surrounded by mountains on all sides.

There is a beautiful harbour and a small town centre with restored historic buildings and colourful murals. 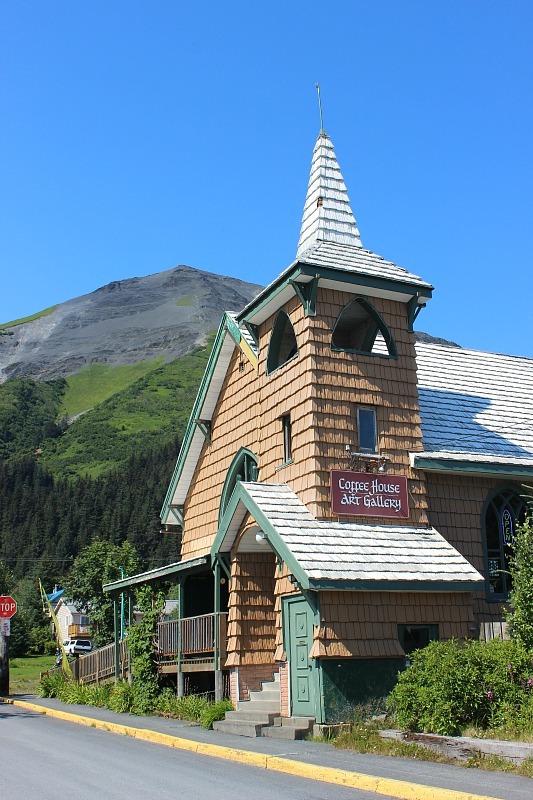 A beautiful old church building houses the Resurrect Art Cafe. Light was streaming through the big arched windows when I sipped my Italian soda and browsed the art on display.

I ate giant King crab legs smothered in garlic and served with clam chowder and fried yukon potatoes at the Gold Rush Restaurant. Cracking the shells and getting crab all over myself was all part of the fun. 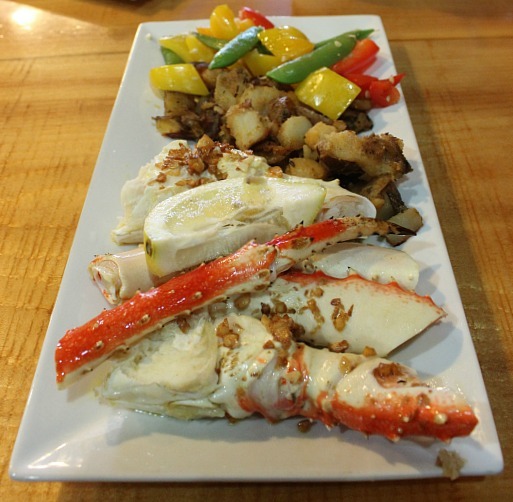 A walking trail follows the water past purple fireweed and lime-green grass, growing wild in the short summer season. The rocky shoreline leads to a river where locals fish for salmon that travel up stream.

Further along at the small boat harbour, fishermen cleaned their catch of the day in front of the colourful wooden buildings lining the pier. 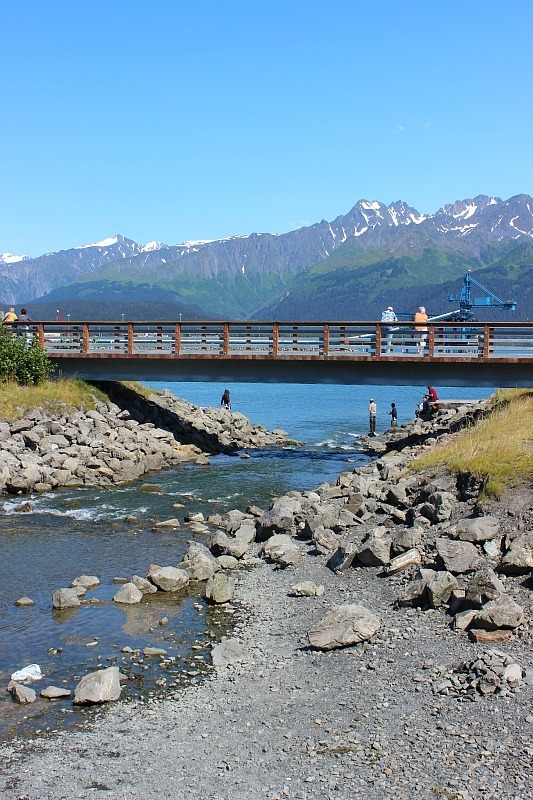 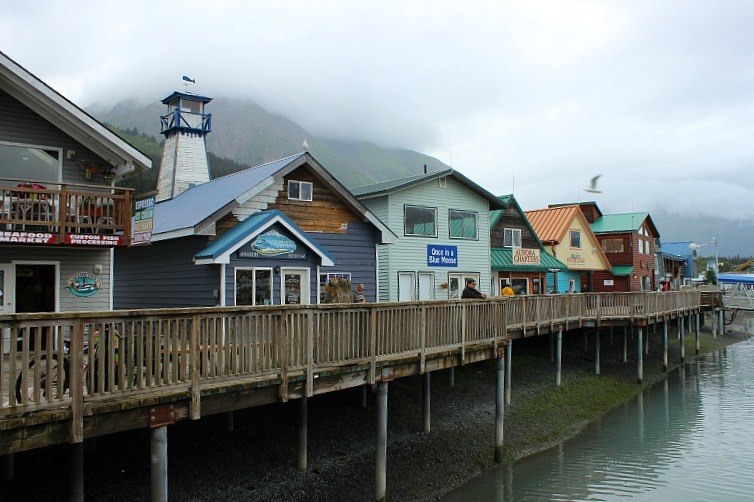 Two Lakes Park near the harbour is a peaceful spot for a wander through the shaded woods, through a carpet of dead pine needles and around the still lakes. Wooden boardwalks led through the forest and over a stream to a beautiful waterfall. 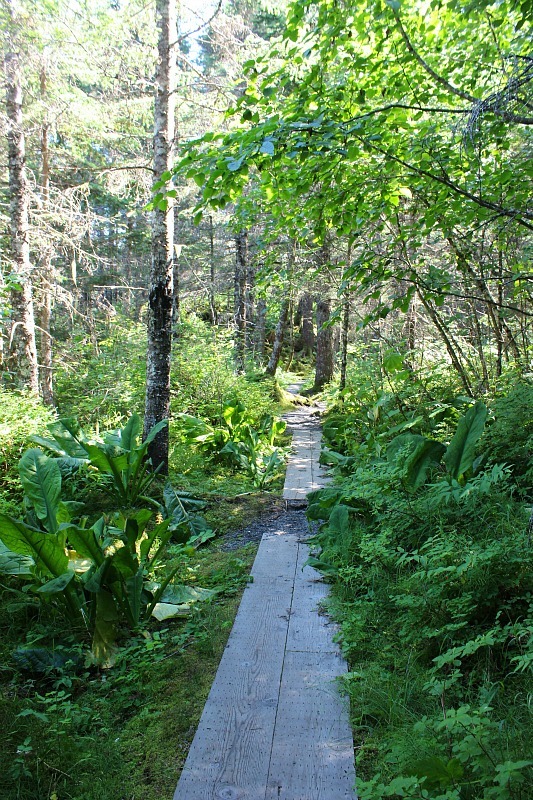 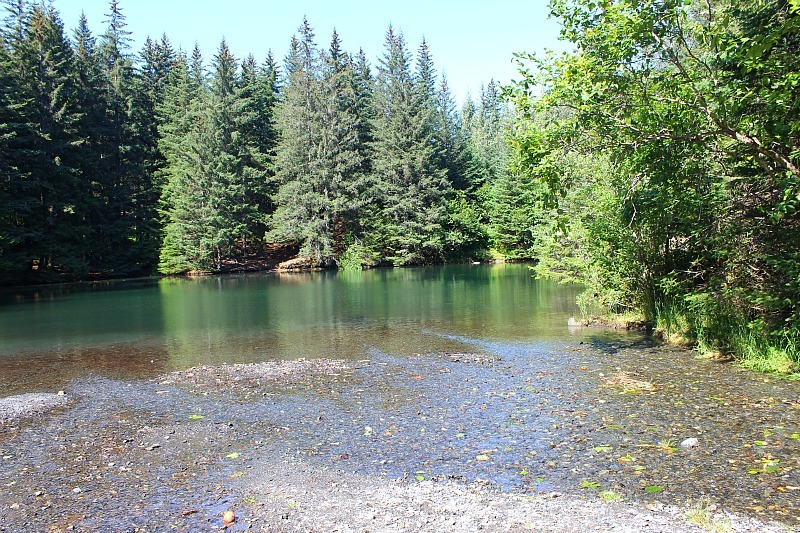 Going to Seward may have been one of the best decisions I made on this trip. I know that because I am still dreaming about it now. 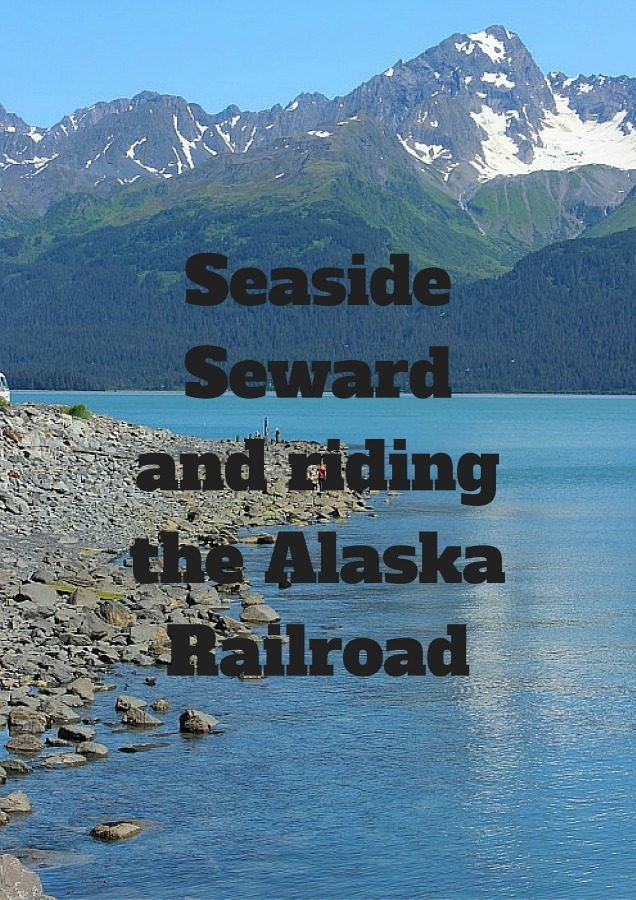 10 Comments on Seaside Seward Alaska and Riding the Alaska Railroad