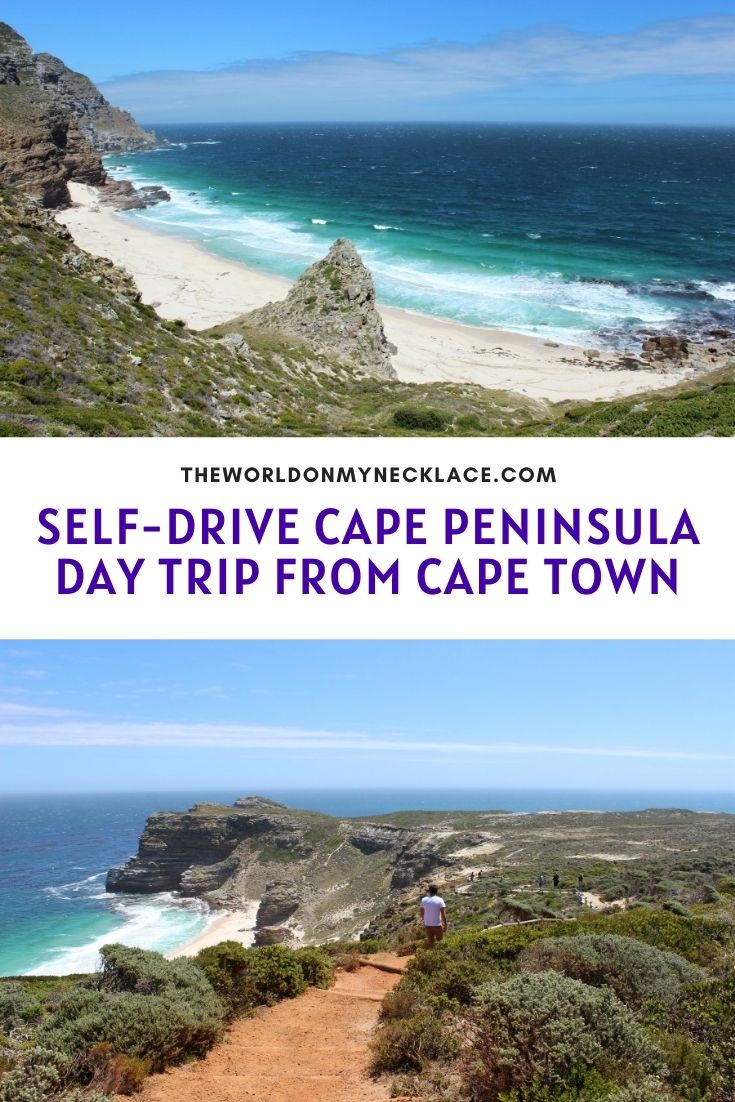 If you are visiting Cape Town and have your own vehicle, you should definitely do a self-drive Cape Peninsula Tour to Cape Point and the Cape of Good Hope! Find out more about my favorite day trip from Cape Town…

The Cape of Good Hope has always intrigued me so it was the number one day trip I wanted to do while visiting Cape Town. I was always interested in reading about explorers when I was a kid and had read about its discovery (by the Western World) in 1488 by Bartolomeu Dias.

It is located at the tip of the Cape Peninsula, 70km south of Cape Town, and is part of Table Mountain National Park. This section of the park encompasses the actual Cape of Good Hope itself, as well as Cape Point, another headland that is 1.2km to the east.

Its discovery was an important milestone for the Portuguese in establishing trade relations with the Far East. The Cape of Good Hope was originally called the Cape of Storms and was thought to be the southernmost point of Africa, when in fact that title goes to Cape Agulhas, 150km to the East. I think the Cape Peninsula is best experienced on a self-drive Cape Peninsula tour from Cape Town as there are lots of pretty places to visit on the way and nearby too. But if you don’t have a vehicle, you should join a day tour. Either way – it’s one of the best day trips from Cape Town.

Here are the highlights of my Cape Peninsula day trip to help you plan your own self-guided Cape Peninsula tour. If you have time, I recommend visiting Simons Town just to the north to see the penguins at Boulders Beach or save that for another day.

Stopping at Beautiful Beaches and Villages on the Way

The long drive from our rental apartment in Hout Bay was punctuated with many stops along the way, to ogle at the coastal views and explore small beach towns. There is so much beauty along this coastline which is why a self-drive Cape Peninsula tour is the best way to go – you can stop whenever you want.

The famous Chapman’s Peak drive whisked us away from the busy environs of Hout Bay, along a road carved into the side of the cliffs, and to the deserted expanse of Noordhoek beach.

Located down a quiet side road not far from Noordhoek is the small coastal community of Kommetjie. Parking outside the striking Slangkop lighthouse, a tall and slender beacon of protection, we meandered along a quiet waterside trail. Houses lining the path had little security with low fences and none that were electrified. After traveling all over South Africa, I have only really seen this lax approach to security in and around Cape Town. Security is at such a high level in the rest of the country that seeing the lack of it here made me feel safe.

Locals greeted us as we slowly walked along, admiring the view and watching fishermen in small boats heading out to sea among the kelp.

Back on the road, we were treated to a stretch of the drive with fabulous scenery and an uninterrupted view of the powdery white beach below.

The crowds we had been encountering for much of our time in Cape Town (that’s what you get if you travel there during the high season) were nowhere to be seen. Stopping for a toilet break in the sleepy settlement of Scarborough, I managed to run down to the beach for a quick peek and was astounded, again, by the sheer beauty of it. Cape Town knows how to do beaches! After a quick stop for coffee in a farm cafe, we re-joined the masses. Suddenly it seemed that everyone in Cape Town was heading to the Cape Peninsula, they were just coming from the other way around the coast.

The line of cars leading up to the toll gates looked daunting but it only took about 15 minutes till it was our turn to go through.

Once we were through the gates there was no more waiting and we cruised along the stark, treeless expanse of grassland to Cape Point.

Exploring Cape Point and Its Lighthouse

There are two ways to get up to the lighthouse at Cape Point. You can pay more money and catch the funicular, or you can walk. Obviously, we walked.

It would have taken about 10-15 minutes to reach the lighthouse but we stopped a lot along the way to check out the view over the coastline below. Like pretty much everything else in this part of the world, it was incredible. There is a small museum in the top Funicular Station which recounts some of the many ships that were wrecked off the turbulent point while trying to round the Cape, as well as the legend of the Flying Dutchman, a ghost ship that is a portent of doom and is said to haunt these waters.

Apparently, even the Prince of Wales, who was to go on to become King George V, spotted the ship in the year 1880. Spooky stuff! After reaching the lighthouse, I decided to walk the path that stretches out beneath the lighthouse and to the furthest point of Cape Point, overlooking another smaller lighthouse perched precariously on the rocks. Walking along the narrow path, surrounded by expanses of water on both sides, I felt like I was on the edge of the world. The wind was fierce and at times I was almost stopped in my tracks by its impressive power.

With fewer people on this short trail compared to the one above, it gave me time for reflection and to fully appreciate the beauty surrounding me. Hiking From Cape Point to the Cape of Good Hope

There is a walking trail between Cape Point and the nearby Cape of Good Hope so we walked it, while the others drove the car around to meet us there. We had saved the best till last.

With the wind whipping us at all angles, we strode out along the wooden boardwalks and sections of a dirt path that make up the awe-inspiring cliff top trail, leading to the Cape of Good Hope.

Below us was the expanse of rugged Diaz beach. We saw seals playing in the waves and wished we had time to walk the many stairs down and back again so we could swim in the crystalline water. Reaching the cape we scrambled down the steep rocky path to the car park to meet up with the others. The walk was only about 30 minutes and 2km, but in that time we saw so much. I wasn’t ready to leave. There were so many other small beaches and short hikes we could do in the park but the day was winding down and we still needed to visit the penguins of Boulders Beach. Next time I will make sure there is time for swimming.

Wild Views at the Cape of Good Hope

There’s not much to see at the Cape of Good Hope itself – all the attractions are at Cape Point – but just standing there at this world-famous spot and looking out into the wild Atlantic was enough for me.

I definitely recommend doing the short hike from Cape Point to the Cape of Good Hope, you get to see if from a different angle and it prolongs the experience in this historic and wildly beautiful place. Wild Animal-Spotting at the Cape Peninsula

Along with the seals surfing the waves at Diaz Beach, we also saw Ostrich and Eland (a type of large buck) grazing on the long grasses near the trail. An ostrich flapped its large wings at a young buck when it got too close. A number of my favorite South African animal, the curious dassie, were also along the pathway, unbothered by the humans walking so close to them. On the way out I finally got to see the most famous resident animal of the Cape of Good Hope: Baboons, and lots of them.

Luckily we slowed down when approaching them and I got to have a really good look. There was a large family group with babies that were so tiny and cute. Baboons are fascinating and I could literally watch them for hours.

They are always doing something interesting like picking fleas off each other, digging around in the mud or something else equally entertaining. Our self-guided Cape Peninsula tour ended up being my favorite day of our time in Cape Town, and my final experience there was a great one: being regaled by a bunch of hairy entertainers. Where to Stay in Cape Town

If you are wondering where to stay in Cape Town, I highly recommend renting a house or apartment – there are lots of great choices whether you are looking for budget, luxury, or self-catering accommodation. I loved staying by the beach personally so these choices are in beach communities.

Stay at the Camps Bay Ruby Suite with modern amenities and right by the beach, or the Surf Way Beach Cottage, a one-bedroom apartment with a private pool and only minutes from Long Beach in Kommetjie.

If you are traveling solo to Cape Town and you want to meet people, there are so many amazing Cape Town hostels in different parts of the city. My top hostel picks based on ratings and location are Mojo Hostel in Sea Point, Cape Capsules Backpackers in Muizenberg, and A Sunflower Stop in Green Point.

If you are looking for something a little more luxurious, my picks for the Cape Town hotels and B&Bs by the seaside villages are The Muize Bed and Breakfast in Muizenberg, Protea Point B&B in Simon’s Town, South Beach Boutique Hotel in Camps Bay, and Hout Bay Breeze Guesthouse in Hout Bay. 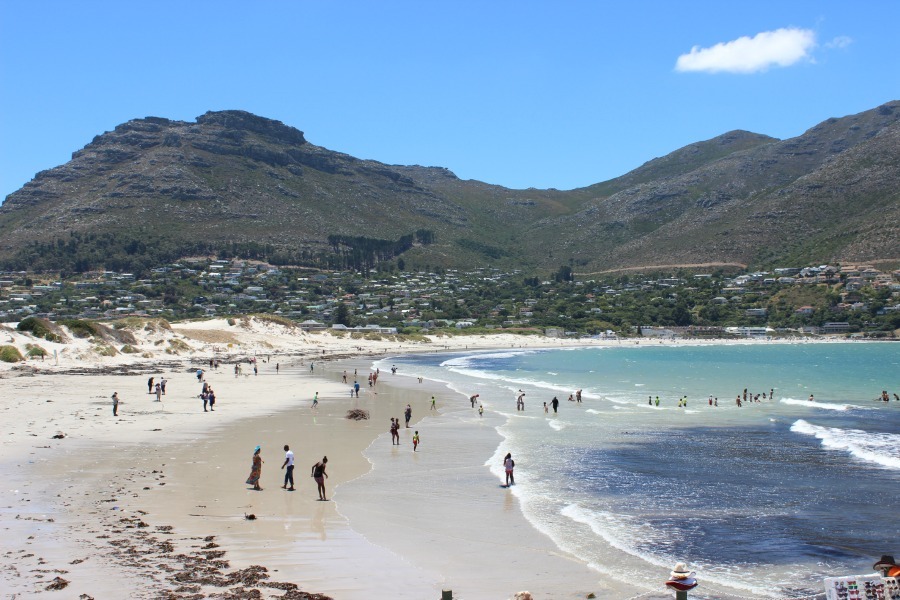 If you prefer staying in vacation homes and apartments, here are the best picks for location, price and high ratings:

The Best Insurance for Your Cape Town Trip

Make sure you get travel and health insurance before your trip. Safety Wing is my go-to and they are cheap and easy to claim with – it auto-renews every month unless you turn it off so you don’t have to think about it on longer trips. 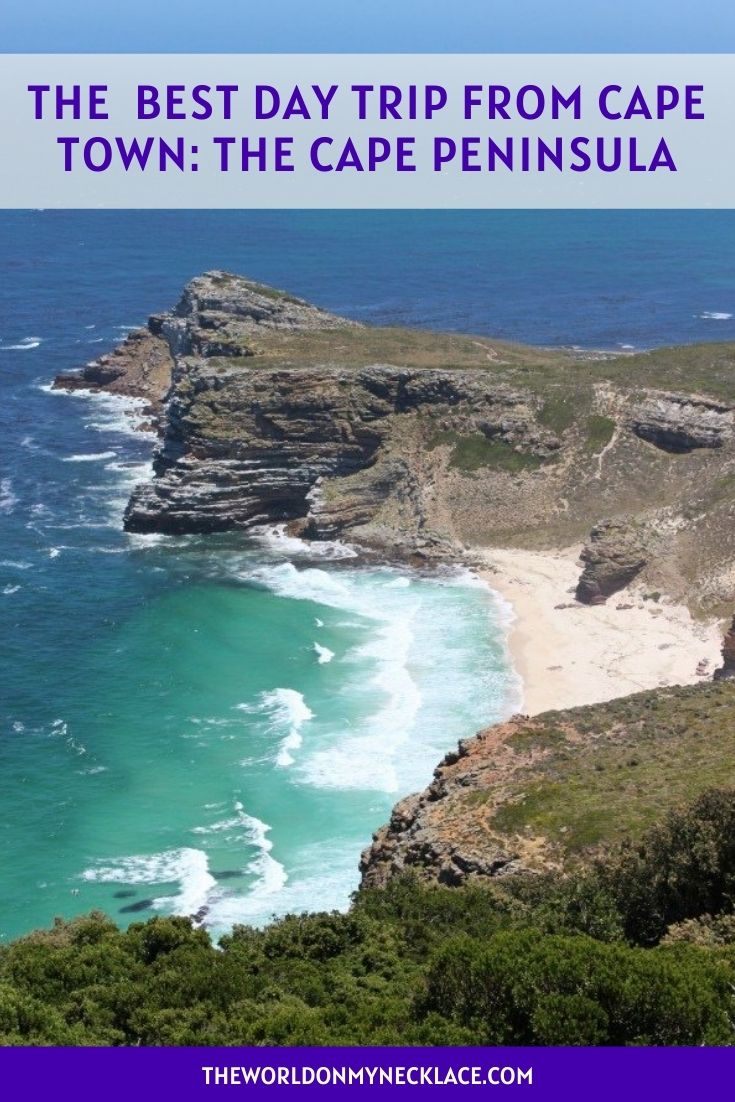 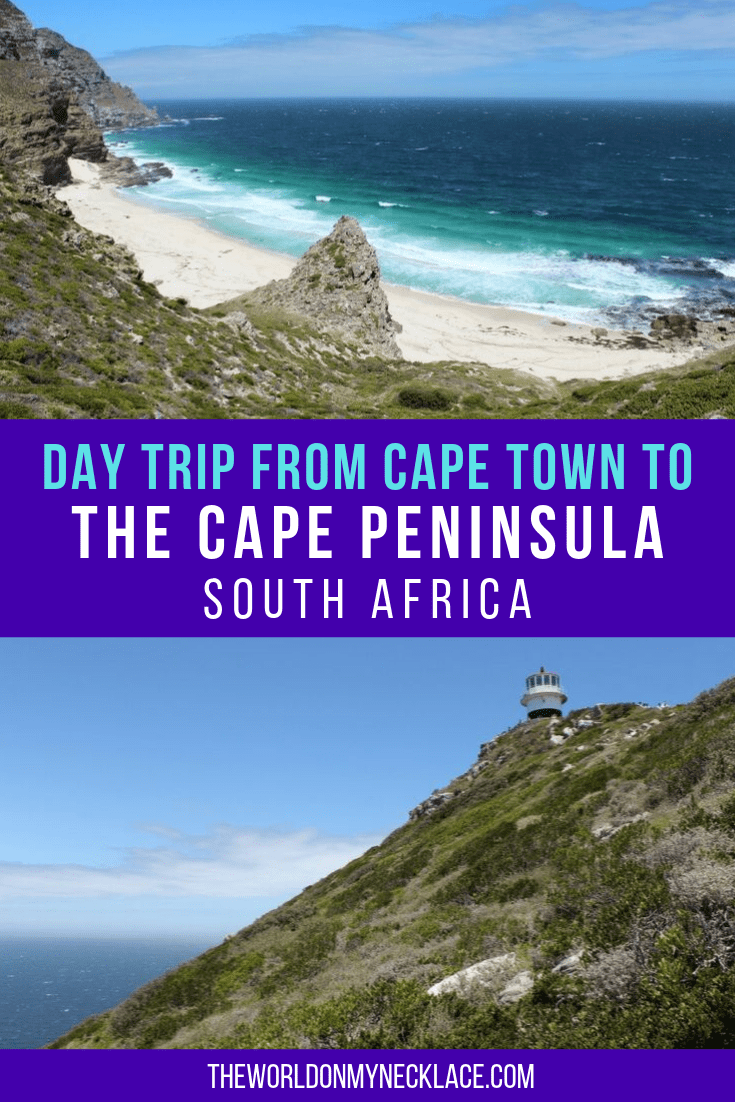