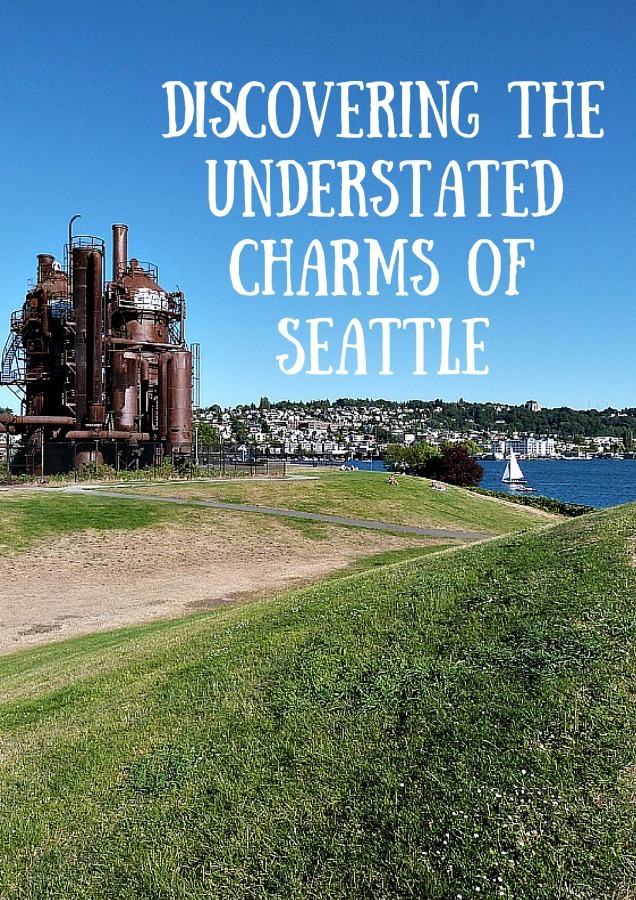 I first visited Seattle back in 2010 with my Dad, just after doing a beautiful Olympic Peninsula road trip.

We only had a couple of days in Seattle so we did the general touristy stuff – ate seafood on the waterfront, visited the Pike Place Market, went to the Art Museum and wandered around the downtown. 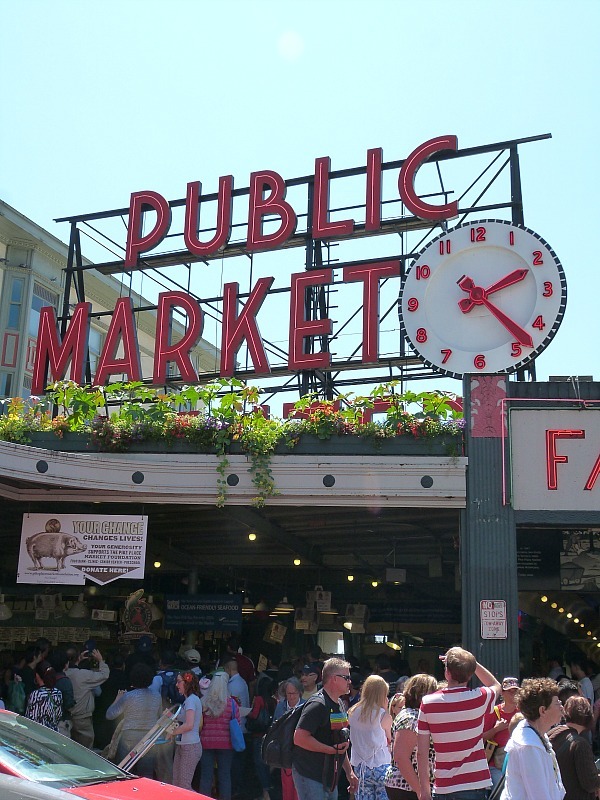 I enjoyed it (especially the seafood) but I hadn’t been overly impressed with Seattle on that visit.

Compared to Vancouver, which is only 2.5 hours up the coast, Seattle didn’t seem to make the most of their beautiful location on the Pacific Ocean. The harbor-front only had a short section you could walk along and I didn’t see any beaches.

On this visit as we had a bit longer, I wanted to delve into Seattle more and give it a second chance to impress me.

Focusing on the different neighbourhoods, the amazing coffee scene, the numerous markets and the green spaces, Seattle has redeemed itself in my eyes. You just need to know where to look. 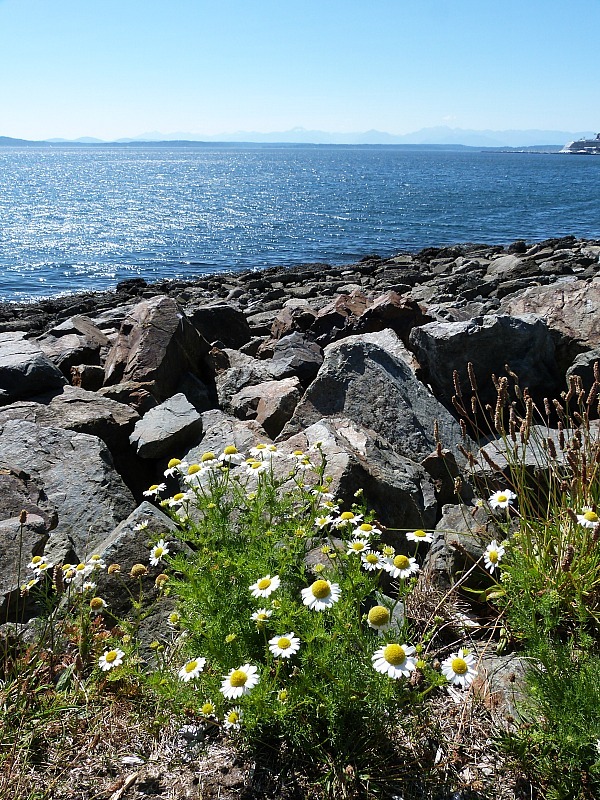 We couch surfed in a one bedroom apartment with a very interesting and friendly guy, Samuel. He lived in Africa for most of his youth and he is very world wise.

Samuel lives in the Greenwood neighborhood in Northwest Seattle. Greenwood is a lovely little community with a bustling café and Restaurant scene.

As I have previously mentioned, one of the reasons I love couchsurfing so much is that you can get a good sense of what it would be like to live in that city, staying in neighbourhoods far from the tourist hordes.

But if you aren’t comfortable couchsurfing, there are also lots of great places to stay in Seattle.

We joined Samuel for lunch in the University District one day and had some amazing (and cheap) Thai, something we hadn’t had for a while. Samuel had to work every night that we were there so we had the place to ourselves in the evenings.

After our busy time in Chicago, it was nice to be able to cook dinner and watch some DVDs to unwind at the end of the day.

Trav and I are big BIG coffee fans and I was excited to come back to Seattle to sample their wares. Seattle is kind of like the Melbourne or Wellington of the US (along with Portland, Oregon). Coffee is a big deal here and there are hundreds of funky cafes and roasteries serving coffee with passion.

For every day that we were in Seattle, we visited a different café in a different neighbourhood for our caffeine fix. Our local in Greenwood was Neptune Coffee and they made a mean cappuccino, and Fremont Coffee Company made a fantastic caramel coffee, but my favorite café definitely had to be Espresso Vivace in Capitol Hill.

I had read about Espresso Vivace in an article listing the top 10 Cafes in the US. They really know their stuff and I enjoyed one of the best Caramel Lattes I have ever tasted.

And no, we didn’t visit Starbucks. Mainly because I don’t like waiting in lines and the line was loooong. I tend to only go to Starbucks for their seasonal lattes (Egg Nog Lattes and Pumpkin Spice Lattes are my favourite) so I didn’t see a reason to go there when Starbucks are everywhere, and there are so many better places to get coffee in Seattle.

Capitol Hill is a gay-friendly neighborhood east of the downtown with great views over the Pacific. Wandering around  we saw some beautiful old houses and lots of great restaurants along the main street. We also had an amazing Pho for lunch while we were there.

Two other neighborhoods that were highly recommended to us for a visit were Fremont and Ballard, north of the City. 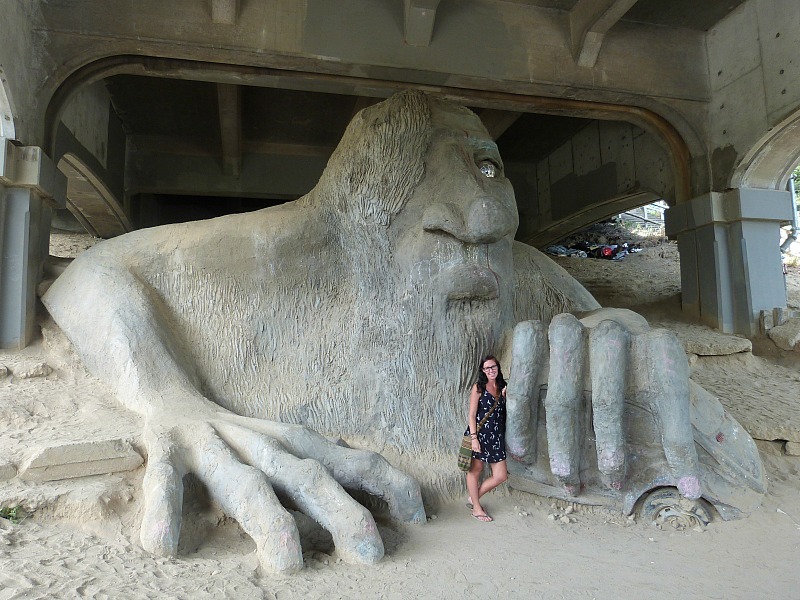 Fremont is known for the Fremont Troll, a massive figure under a bridge, rising out of the earth clutching a real VW beetle in its hand. We visited the Troll, as well as a couple of other public sculptures before exploring another Fremont must do – the Sunday Market. 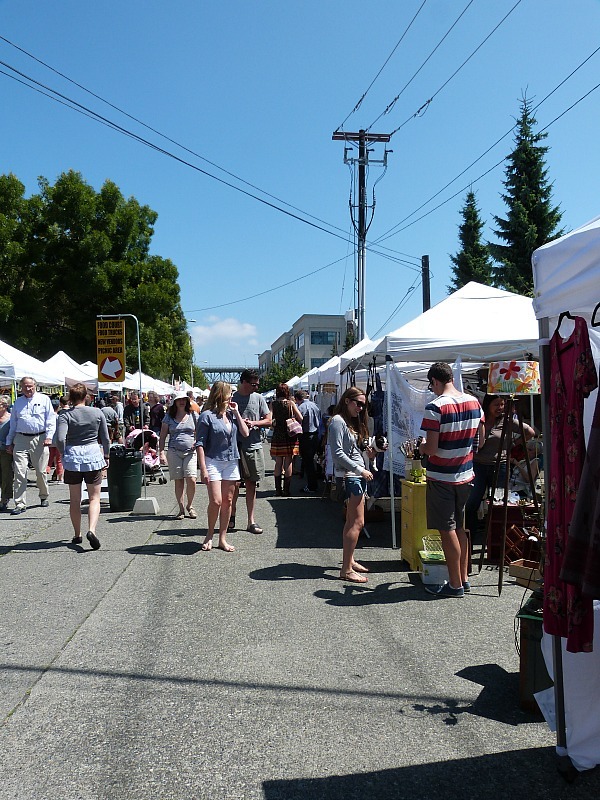 I love a good market and Fremont Market was certainly that. Loads of different vendors selling everything you could think of. I was very, very tempted to part with cash on numerous occasions but managed to resist the call of vintage postcards, locally designed shirts and vintage world maps and just bought lunch from one of the many food stalls.

After a delicious homemade garlic naan with lentil curry, Trav and I walked along the canal linking Lake Union and the Pacific Ocean to another interesting neighbourhood, Ballard. We picked blackberries along the way and enjoyed the sun shine that Seattle only sees for about three months of the year.

Ballard was historically a Nordic Fishing Village, but is now a trendy district famous for its locks. There was a Farmers Market wrapping up when we arrived and some buskers playing live music.

We walked down to the locks which were swarming with tourists. Living in the UK I had seen a lot of locks before so it wasn’t that interesting, but we watched the small lock open to let some kayakers through.

There were lots of larger boats waiting to be let through the larger lock, it looked like they had been there for a while. A colourful garden was situated beside the locks so we sat in there for a while, surrounded by the scent of multi-coloured flowers, to recover from our long walk in the hot sun. 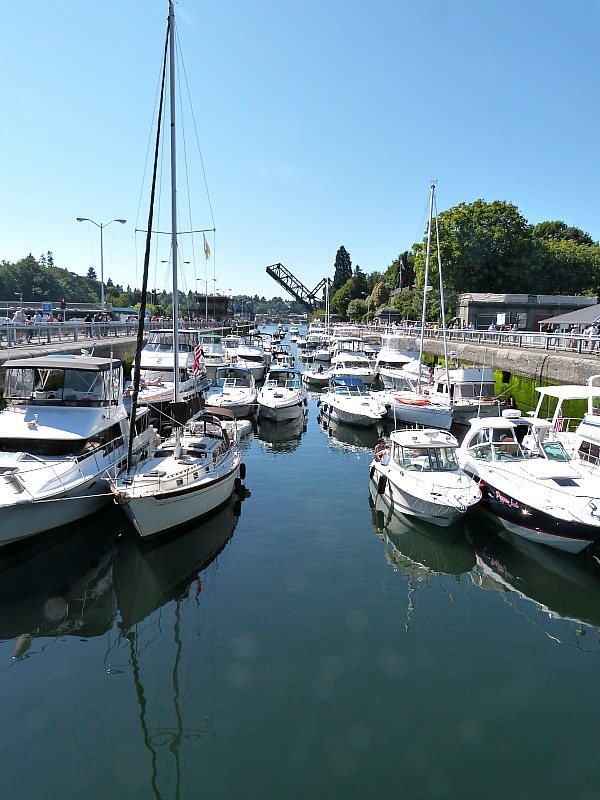 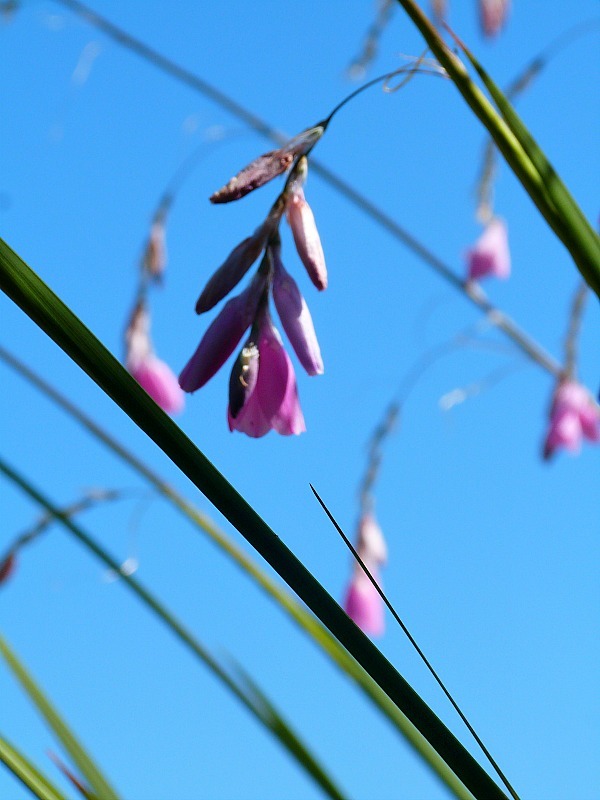 We ventured away from Seattle’s happening northern suburbs to explore the downtown and harbor on our second day. Despite the crowds at the Pike Place Market, we enjoyed taking a look at the interesting shops on the lower level and watching the fish mongers tossing fish to each other. 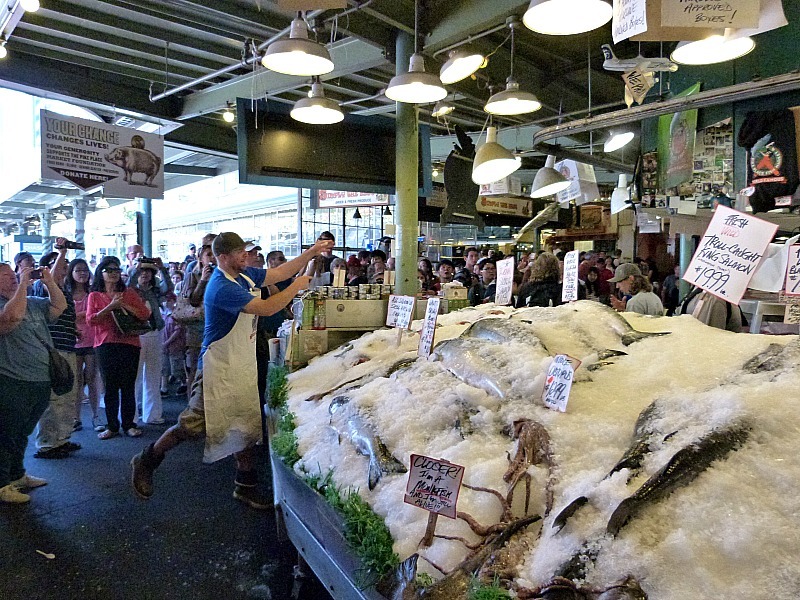 I had read about a Museum in the oldest part of Seattle, Pioneer Square. The large majority of people heading to the Klondike Gold rush in the Yukon passed through Seattle so there is a Klondike Museum located here.

It is free to visit and very interesting, with lots of information and photos of the hardships faced by wannabe gold miners.

Pioneer Square is also where the original ‘Skid Row’ was located; Yesler Way. It was nicknamed Skid Row in the late 19th Century because logs were skidded down its slopes from the Mill to the Port at the end of the road.

The term Skid Row came to be used universally for the wrong side of town as there were many dive bars and establishments of ill-repute, frequented by the Mill workers living in the area. 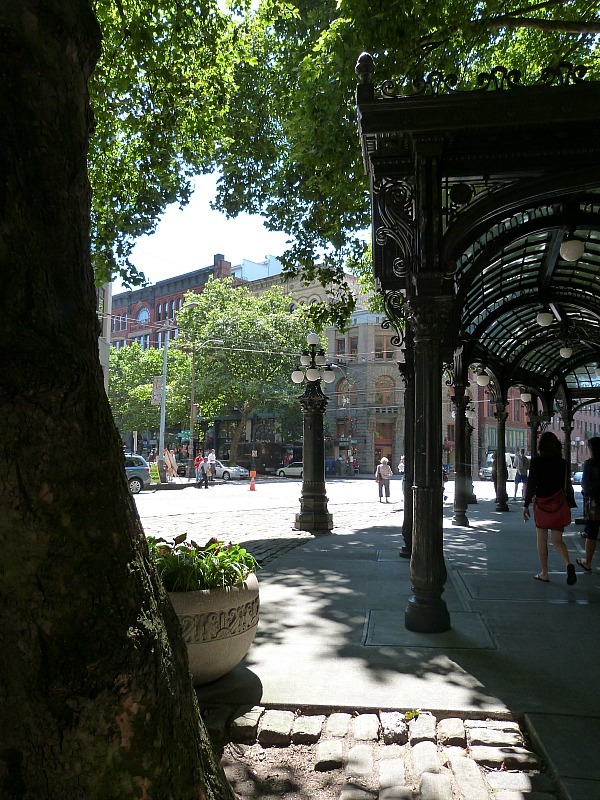 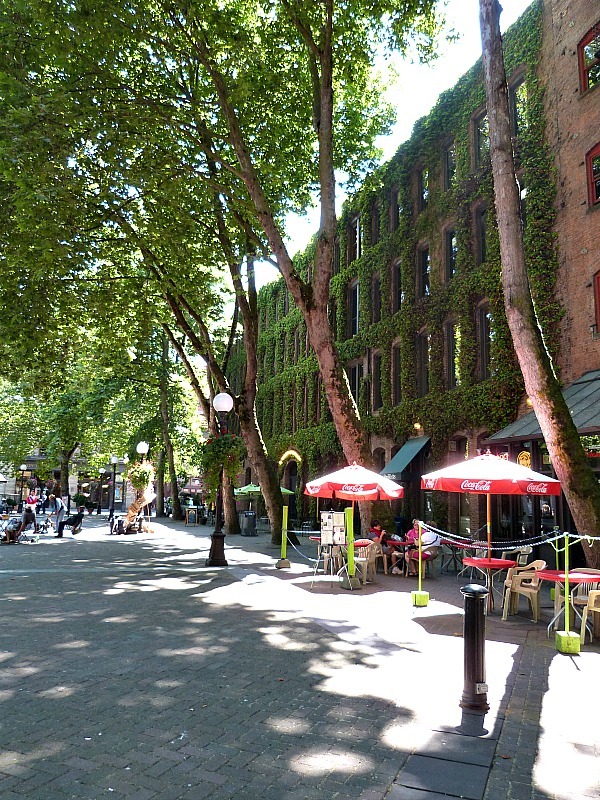 Seattle has a walkable portion of the harborside near the Pike Place Market so we went for a wander, past the many seafood restaurants and souvenir shops. There was an interesting museum/store that had real shrunken heads and mummified bodies on display.

As I mentioned earlier, Seattle really doesn’t make the most of its prime location, but the harbor front is worth a stroll. 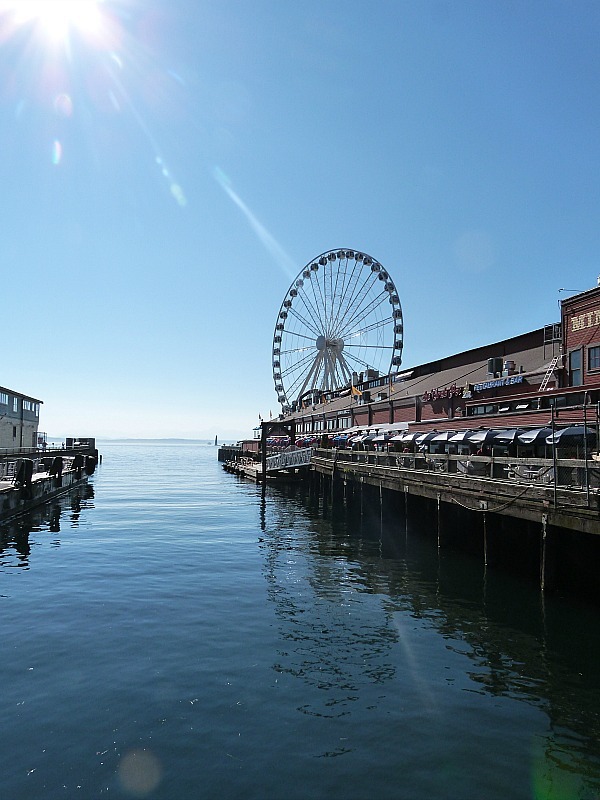 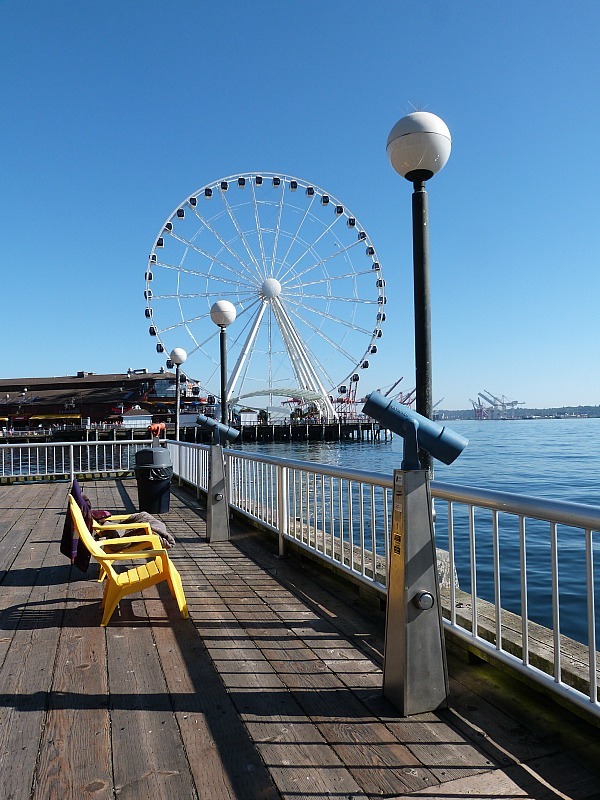 Our last day was dedicated to the green spaces Seattle has to offer, and there are a lot of green spaces in Seattle. We visited the Olympic Sculpture Park which is a great location on a hill overlooking the ocean. There were even a couple of small beaches within the park although the water was too cold for us to swim.

There is a waterfront path that stretched a few kilometres from the Sculpture Park up to the Port. I was pleased to see that Seattle was making more of the waterfront that I had previously thought, and we really enjoyed the peace and quiet. 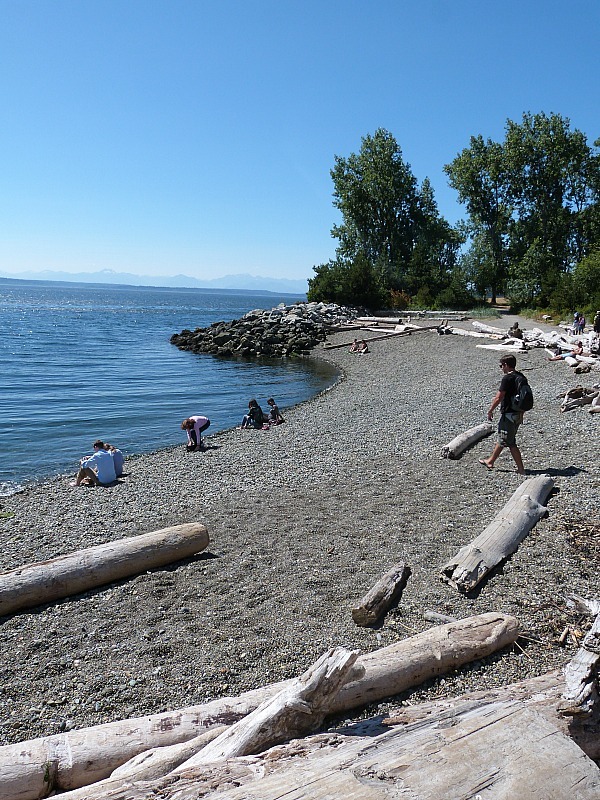 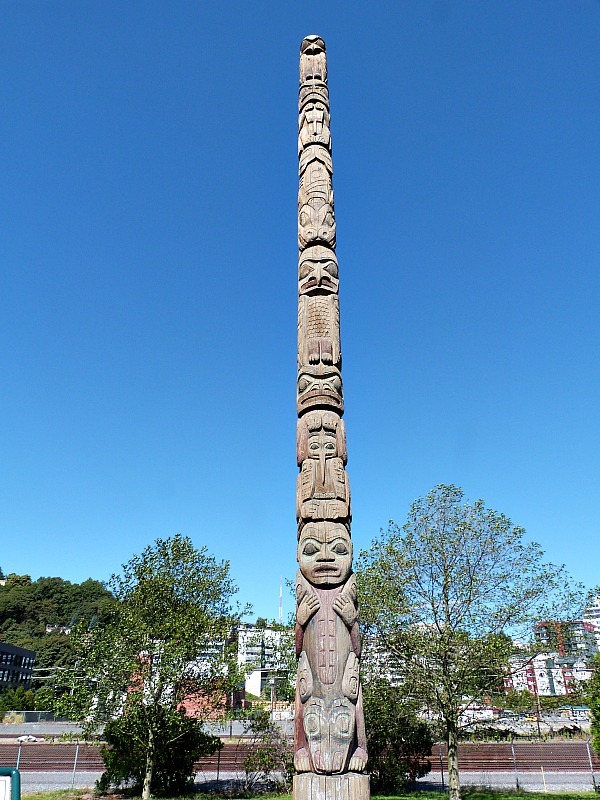 There is another fantastic outdoors space perched on the side of Lake Union: Gas Works Park. It is the site of the old Seattle Gas Light Company Gasification Plant.

What makes the park interesting is that a lot of the pieces of the plant have been left standing, some standing in ruin and some painted and reconditioned into a play area for children.

The pieces of the plant are quite striking and look like sculptures, beautiful against the blue lake with the city skyline in the distance. There is a hill you can climb with a great view, a nice place to have a picnic.

Gas Works Park is also a great evening destination where you can stargaze and enjoy the beauty of the Seattle skyline, all lit up. 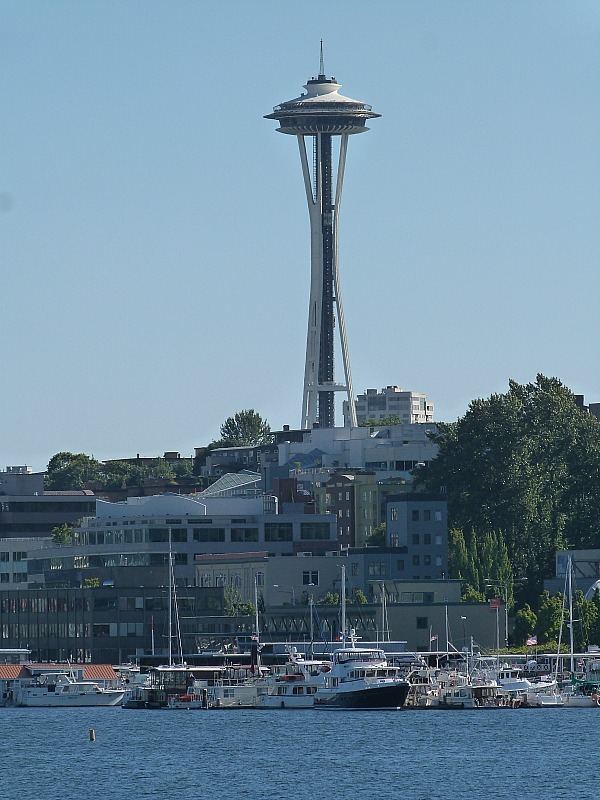 So Seattle turned out to offer a lot more than I had thought and our Seattle sojourn turned out to be very worthwhile experience.

If you love coffee, good food and you want to visit a US City that is forward thinking, eco-conscious and open minded, put Seattle on your list!

Have you been to Seattle? What did you think? 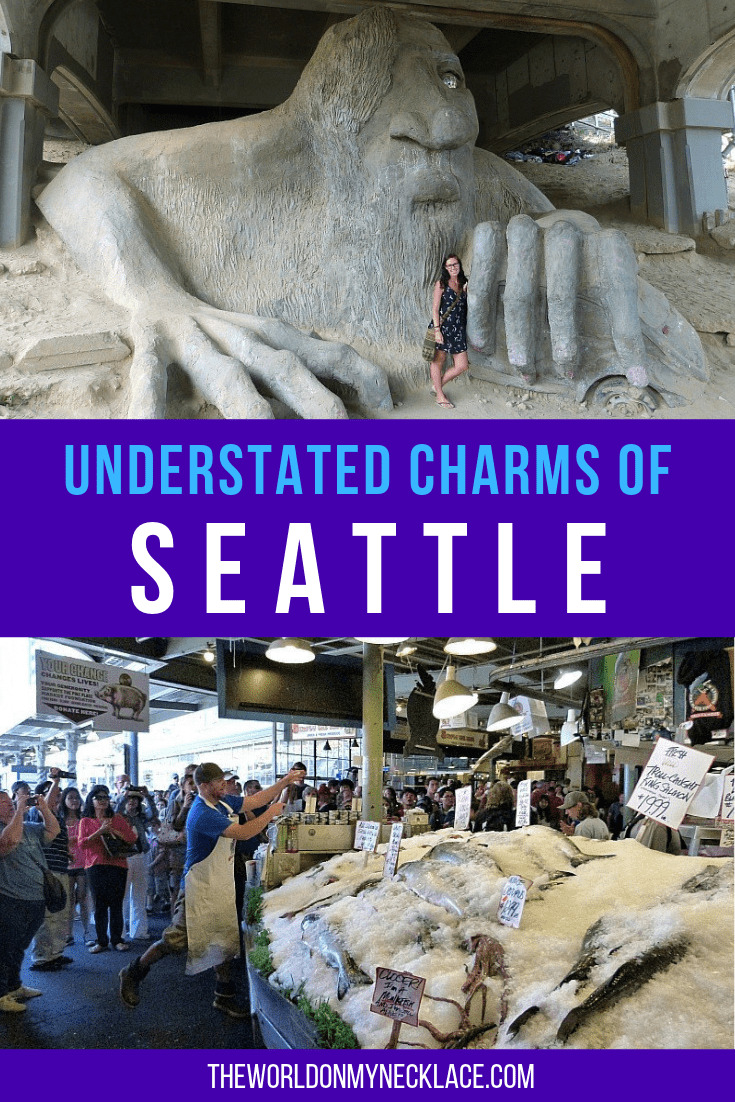