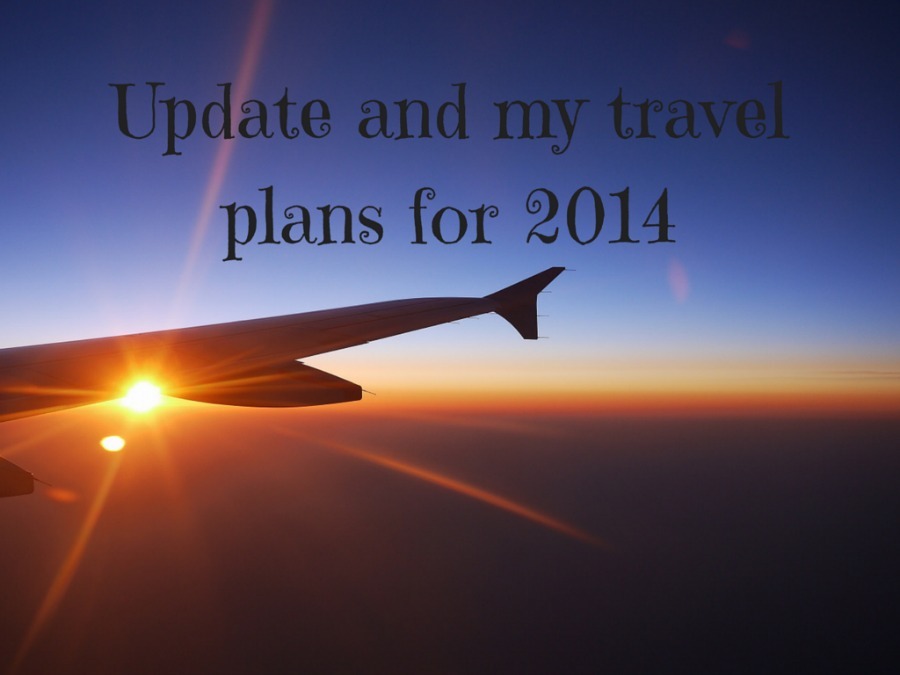 I have been living in Sydney for almost six months now – My, time has flown!

It took me over six weeks to get work and even then it was only short term temping, but I have finally started a long term contract! For the next ten months I am an Education Officer at the Royal Australasian College of Physicians.

It is the place I was temping at for the past three months before my two weeks travelling in the Australian Outback and New Zealand. I was really happy to get the role, firstly because it is a great place to work with flexible hours, friendly staff and a relaxed atmosphere.

You can go in, get your work done and go home on time without any stress. Secondly, it meant that I could start planning trips again!

2014 has been fairly quiet on the travel front. After coming back from our epic America’s trip we were broke.

In our three months back in New Zealand we made a bit of money, enough to get us by for a month in Australia, but not enough for the hefty deposit, advance rent and furniture we would have to buy to move into our own place in Sydney. We have been saving for these costs over the last couple of months.

Despite this I managed to fit a few trips in: Five days camping in New Zealand’s Northland, one week visiting friends in Kingscliff and Bellingen in Northern NSW, four days hiking in Victoria’s Grampians, three days in the Blue Mountains, one unexpected week in New Zealand to attend my Grandmother’s funeral and one week in the Australian Outback.

Not to mention the five weeks unemployed during the middle of the summer within minutes walking to some of Sydney’s most beautiful beaches.

So not too bad for a broke person.

When my contract finishes next year I have some really big travel plans in the works but I will tell you more about that later. Let’s stick to this year first.

So for the rest of 2014 I will be doing the following:

Yulefest in the Blue Mountains – July

As I miss my Winter Christmases now I am back in the Southern Hemisphere, I am looking forward to getting my fix at the Blue Mountain’s annual Christmas in July Festival: Yulefest.

We booked for two nights in the historic Carrington Hotel with a 5 course Christmas dinner, pre-dinner drinks and entertainment on the Saturday night. My fingers are crossed for snow too for the full experience.

My Dad is coming for a visit in August and we are taking off for two nights to the Hunter Valley Wine Region, 2 hours drive from Sydney. I am looking forward to exploring the vineyards and craft breweries, eating LOTS of delicious local food and just chilling out by a roaring fire.

Sometime in September or October I want to spend a weekend camping and hiking the 26km Coast Track in Sydney’s gorgeous Royal National Park. We are going to take our time and do it over two days, with one night in the North Era campground. Apparently there are wildflowers in Spring and I want to see them!

I have wanted to visit Fiji since I had a short stopover there a few years ago. It looked so beautiful from the air and since then I have heard so much about the incredible beaches in the Yasawa Islands – so that is where we will be heading for 10 days!

We will spend seven nights between two Islands as well as a couple of nights in Denarau, before and after our island time. At this stage we think we will stay on Barefoot Island and at the Blue Lagoon Resort on Nacula Island.

After seeing pictures of the white sand and turquoise water of this stunning beach in Southern NSW, I decided I want to go camping there for my birthday. Hopefully the weather will be hot enough to swim by then as it would be rather torturous being at such a gorgeous beach and not being able to swim.

This is the biggie trip of the year – one month visiting Trav’s family and traveling in South Africa and Lesotho, with a stopover in Singapore for a few nights on the way home.

We have booked an apartment in Cape Town on Air BnB for a total of nine days over Christmas and New Years and will also be spending time in Trav’s hometown Hillcrest, Durban, Pretoria, the Drakensburg Mountains in Lesotho, Coffee Bay on the Wild Coast and the Stellenbosch Wine Region. It’s going to be epic!

I have a lot to look forward to travel wise for the rest of the year, as well as having friends and family visiting and moving into our own place. 2014 has also been the year that we moved to Australia so all in all, a very busy year!

What are your travel plans for the rest of the year? Have you got any tips for me for any of the places I am going to? I would love to hear from you!

4 Comments on Update and my Travel Plans for 2014