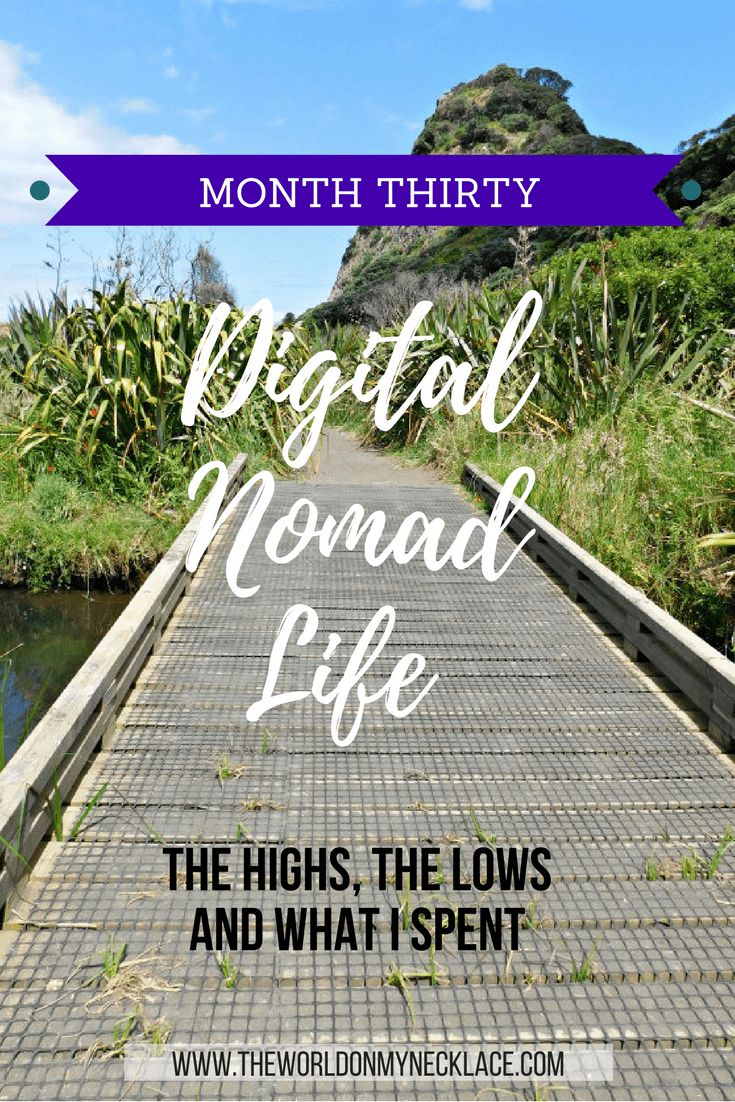 Month Thirty of digital nomad life was unprecedented for me – I didn’t travel anywhere.

I spent the entirety of Month Thirty in Auckland, New Zealand, and as much as I would love to say Oh it was so nice to spend the whole time in one place, it was so relaxing, I got so much done, the truth is that month thirty was boring and I am glad it is over.

I missed Toby, I was working in a boring job and I spent too much of my free time working on trying to improve my site. I may have had a routine – getting lots of work done, making money, eating healthy and catching up on Netflix shows – and I do tend to crave some sort of routine when I am constantly traveling, but it turned out to be overrated, for me at least.

Although I do think that if Toby was here, we had our own place, if I had time for hiking, and I was just freelancing, not working out in the middle of nowhere, I would be a lot happier having a routine.This routine just wasn’t working for me. 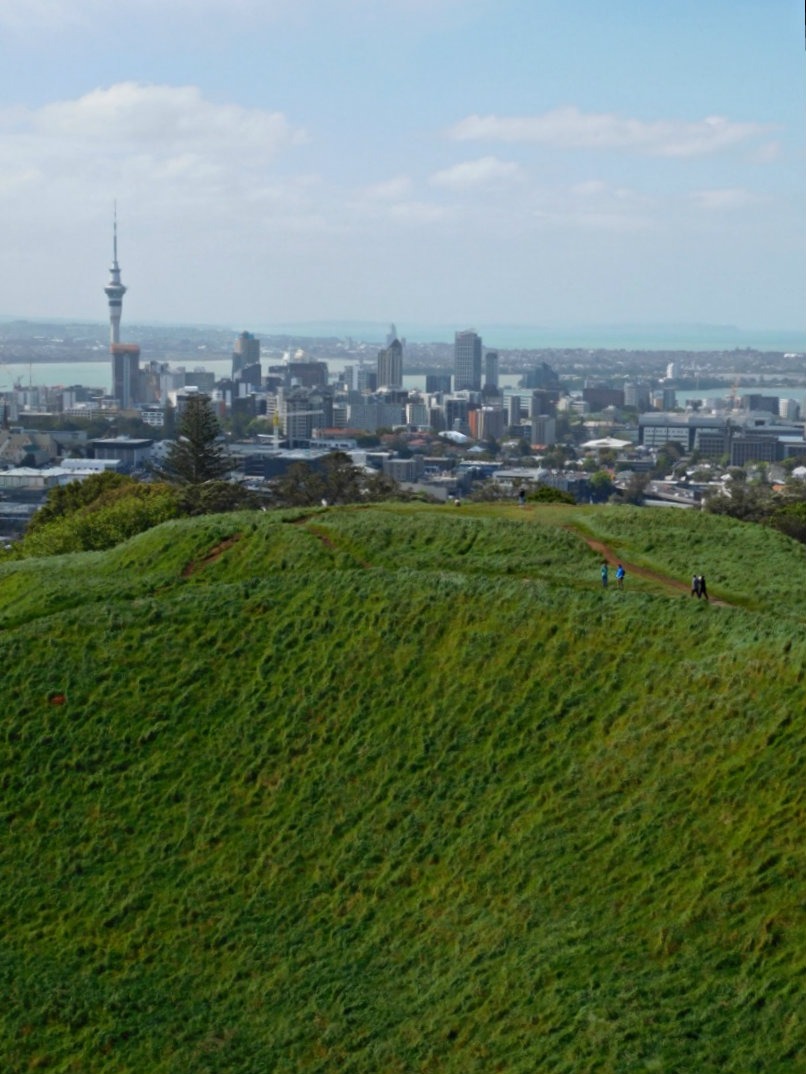 But there were some highlights, I spent time with friends and family, ate out at some new places and old favorties and got in a couple of early summer swims because the weather has been sweltering hot – especially for so early in the season.

I guess every month can’t be exciting but the past two and a half years that has been my reality, so not having much on this past month was weird for me and shows me that I am not ready to semi-settle down yet, I want to hit the road again, and luckily next month I will be doing just that.

Now onto the Stats!

Islands visited: No islands this month

National Parks and Monuments visited: None this month

Best meal: The Vegetarian Grimm pizza from Hell Pizza with quorn, cream cheese, apricot sauce, rosemary and pine nuts – it sounds weird, I know, but it was so delicious. I also loved the Vegetarian burger from The Burger Bar on K’Rd with its Middle Eastern spiced chickpea, lentil & pumpkin patty, the Fresh Fruit Icecream I had at a Food Truck in Mission Bay that was made with fresh berries and vanilla icecream that are blended together, and the thali from Mukunda’s on K Road – incredible paneer curry with delicious pakoras and the best halwa custard pudding. Not a bad month for eating. 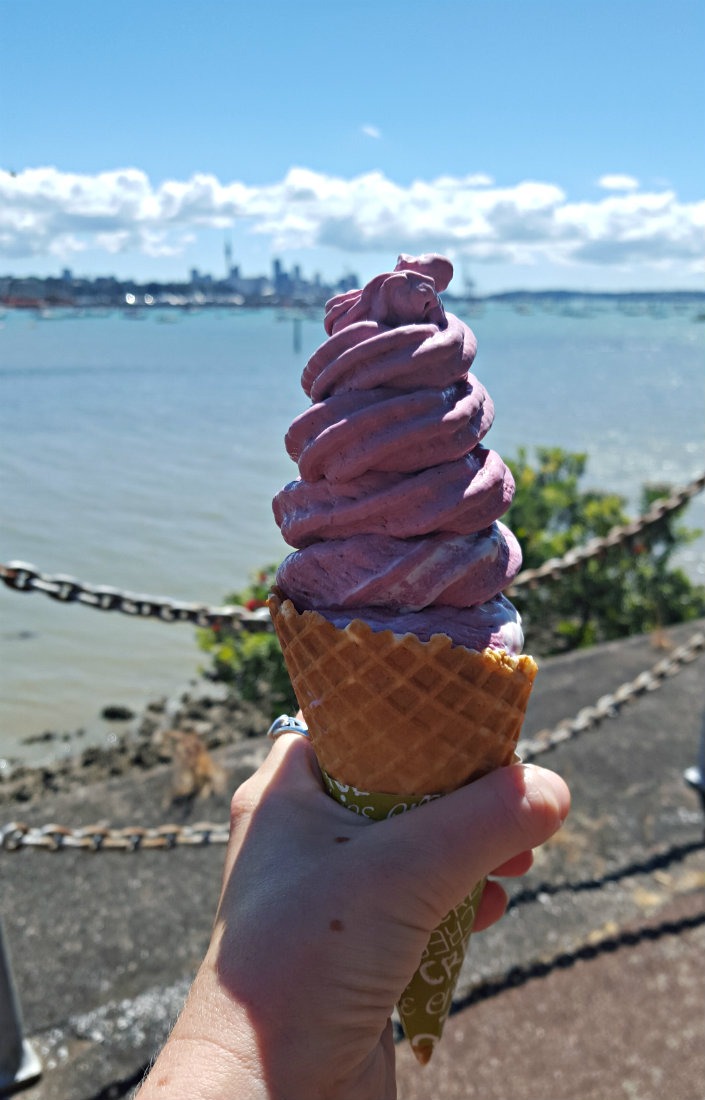 Best craft beer: Slackline Sour Boysenberry Ale from Baylands Brewing in Wellington was the absolute beer highlight of the month. It was so nice to find a great sour outside of the US.

Reading: The Wild Truth by Carine McCandless. Wow, just wow. This book is the true story behind Chris McCandless’ life, the guy who died in the Alaskan wilderness and whose life was immortalised in the book ‘Into the Wild’. Although I love the book and movie of Into the Wild, there were a lot of people that thought Chris was selfish and unfair to his parents for leaving and not having contact with them, which is why his sister Carine wrote this book. She felt that she had to come forward with the true story about their difficult childhood, to show people that Chris had cause to do what he did. She is an incredible writer and I loved finding out the true story behind a story and person that greatly inspired me to live the life that I do.

Watching: The Keepers. If you were a fan of Making a Murderer, you will likely LOVE The Keepers – I thought it was much, much better, and absolutely one of the best and most gripping true crime documentaries I have ever seen. It follows a couple of ladies who, in their sixties, decided to start a private investigation into the unsolved murder of their high school teacher, a nun. The stuff that starts coming out because of their investigation – wow.

I grew up going to Cornwall Park as a kid and have always loved it there. It is a giant park right near Auckland City that feels almost more English than England, with stone walls and English Oaks abounding.

There are also sheep and cows grazing and an extinct volcano with amazing views over both harbours and the city. The years just roll back whenever I visit and this time was no different. It was a very lovely trip down memory lane. 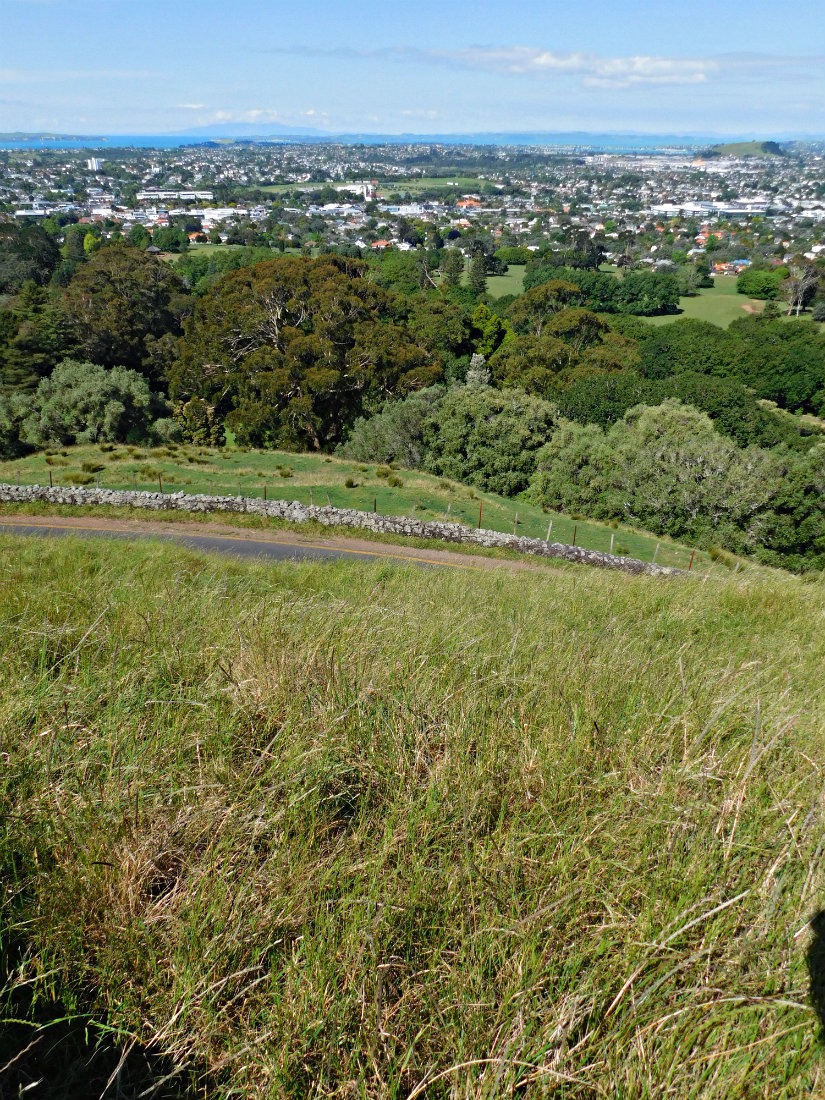 Swimming at the Beach

Usually the water is still pretty chilly in the first half of December so I was pleasantly surprised that it was actually quite warm, and I had a couple of beach swims around Auckland to cool down in the super hot weather. It felt so good to be out in the water. Summer is here! 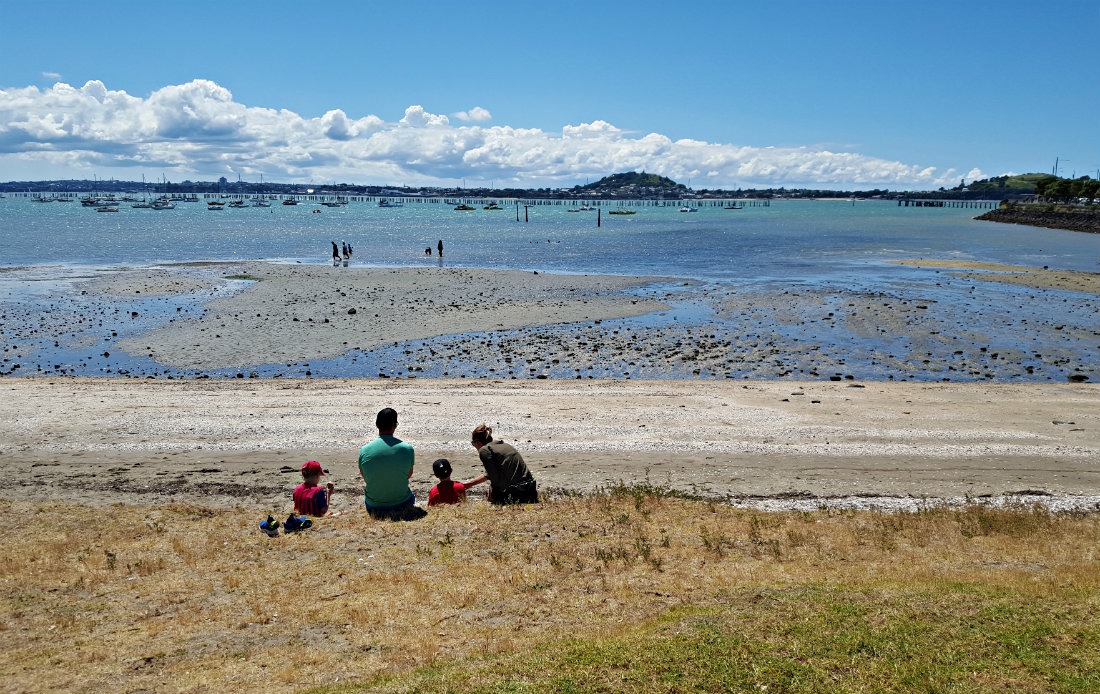 Checking out Wildlife Photographer of the Year

I first went to the National Geographic Photographer of the Year Exhibition in London back in 2011 and I really loved walking through the dark gallery with soothing music in the background while I checked out all the amazing photography from around the world. It was just as good this time around too.

Participating in the West Coast Beach Clean Up

I ended up on a cleaning team that went out to Karekare beach, one of my favs, although we didn’t find a load of trash. We came back to gourmet hot dogs – including vege ones – and Phoenix sodas, and what do you know, I won two tickets to Jack Johnson the next evening! 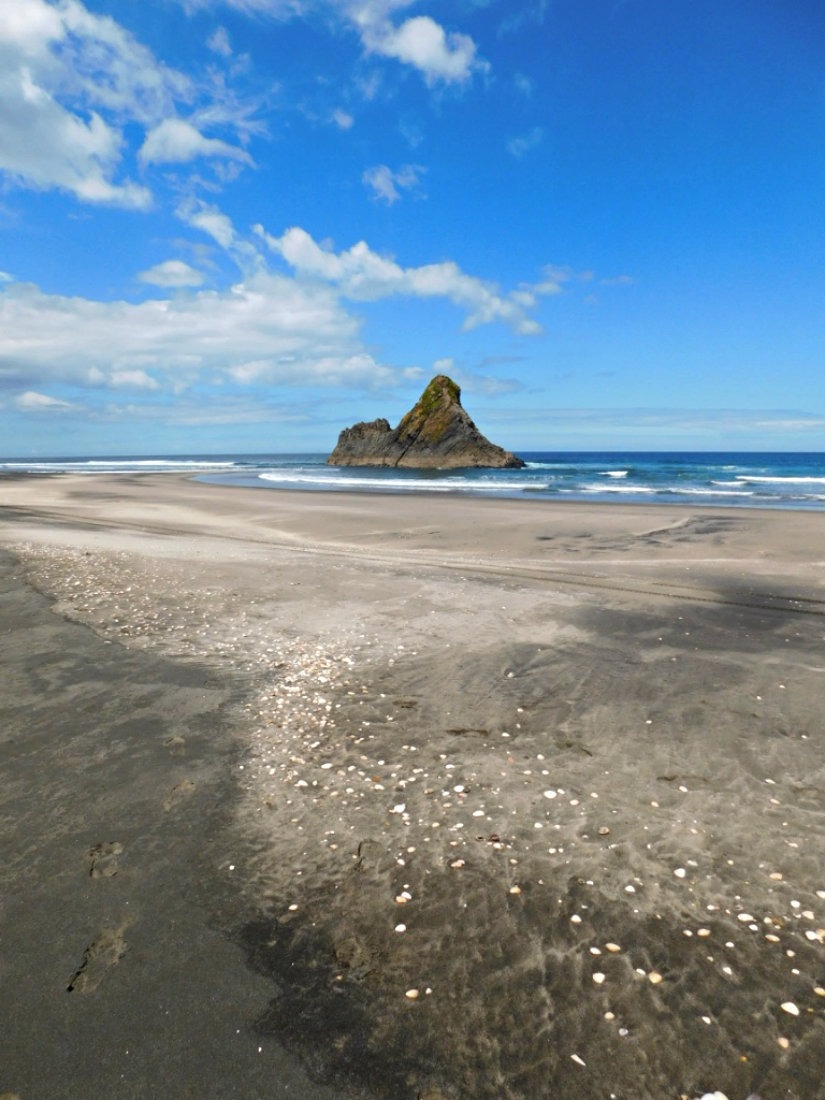 Although I have always liked Jack Johnson, I was never a big enough fan to actually pay to go to one of his concerts, luckily I won tickets! My Dad ended up coming with me and it was a really, really fun concert.

It had been raining on and off all day but luckily it held off while we were at the beautiful Villa Maria Winery, where the concert was being held. We grabbed some delicious dumplings from a food truck and some red wine from the winery, and found a nice perch on the slopes of an extinct volcano with views down to the stage.

Jack Johnson was so amazing live, as were his support act The Black Seeds. Just incredible. 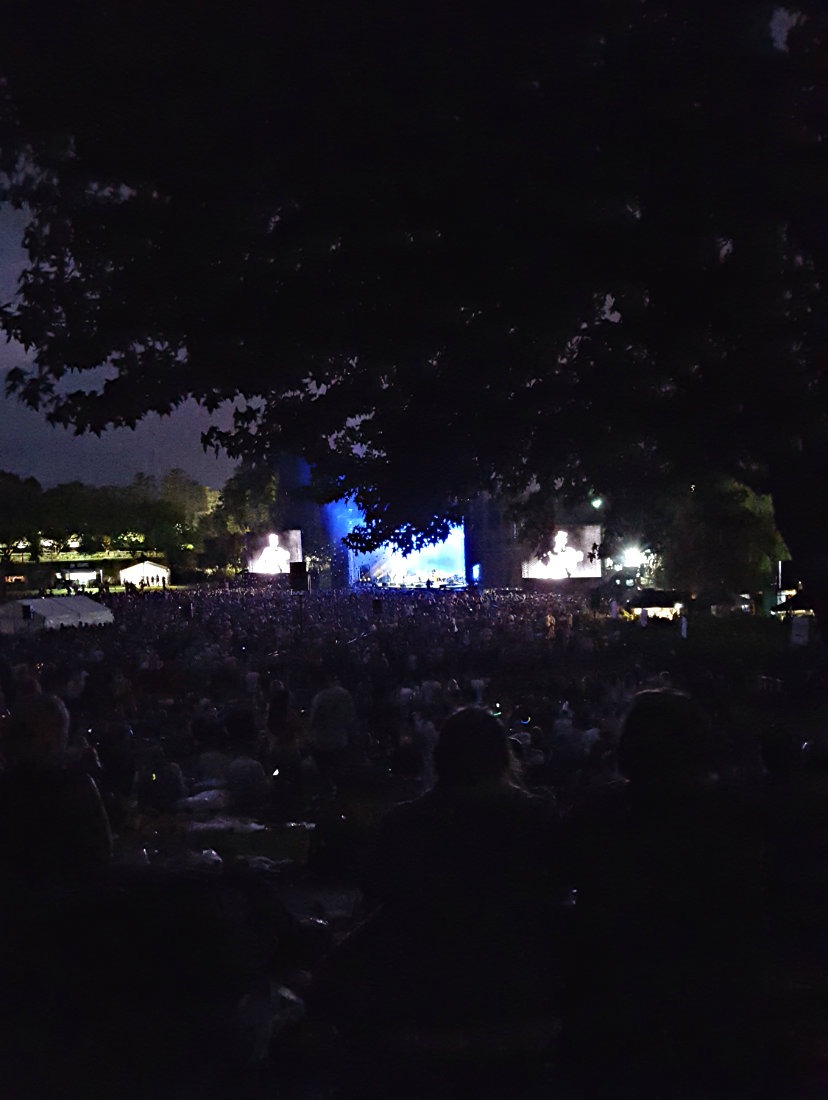 Getting Shit Done on the Blog

With all the free time I’ve had at least I have had lots of time to work on this site, and I have finally upped my SEO game, although it will take a couple of months to (hopefully) start seeing the results. I have also had more time to work on my own Pinterest other than just my Clients’ Pinterest accounts, which was nice – I have already started to see an increase in traffic from Pinterest.

Toby is Coming to New Zealand!

I found out on the last day of month thirty that Toby’s New Zealand visa has been approved and that he will be coming in just a week and a half – I am so damn excited!! He will be visiting for just over a month and we are planning to road trip around the North Island before we head to Asia together for a month.

As I said above, I just really didn’t enjoy not having a lot on this month and I felt uninspired and bored. I think I thrive on the constant moving around and stimulation so without it I just got lazy and a bit lost.

Paying a Fortune at the Doctors

I was so pissed off when I got the bill for my 15 minute Doctor checkup and smear test – it was more than double what I had been led to believe because I had only just signed up so I wouldn’t be subsidised for a few months or something. Not happy. 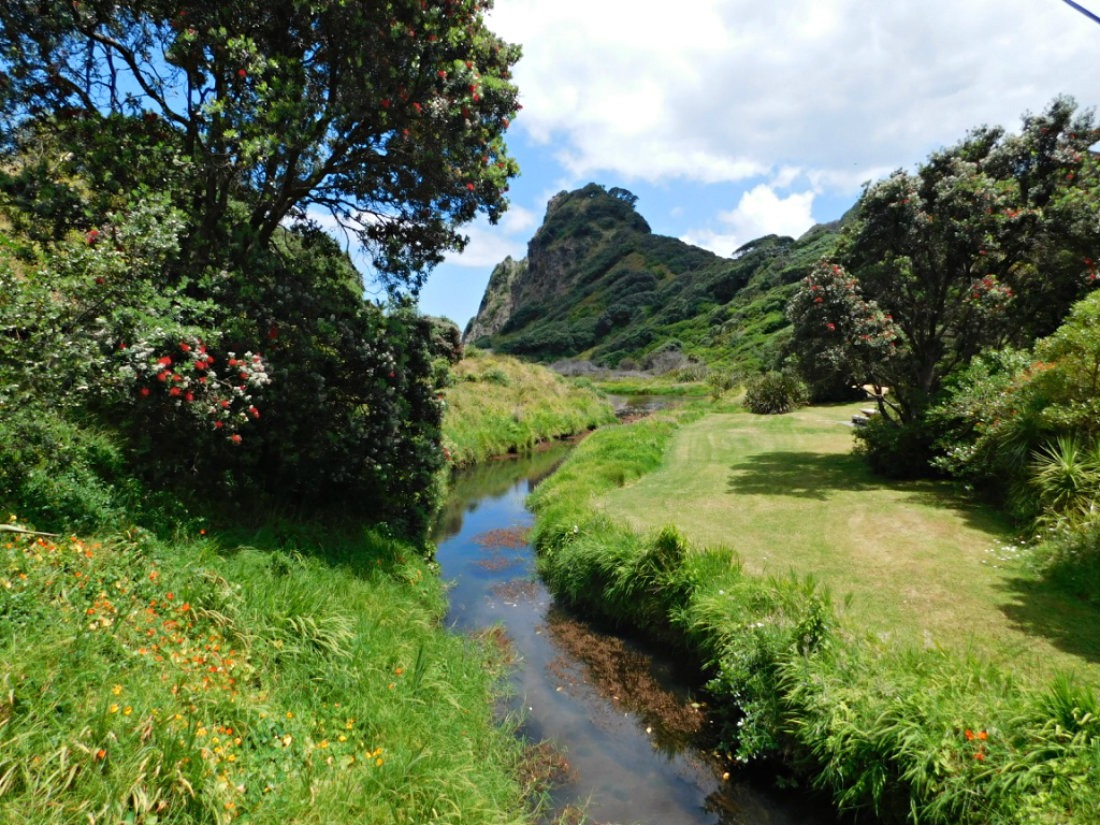 A lot higher than planned because, although I had a pretty low month in regards to accommodation and food, I ended up buying a few new clothes and I had a lot of expenses that I hadn’t planned – like splurging on an Ancestry DNA test, paying much more for the Doctor than I thought I would have to, purchasing Key Search to help me with improving my website’s SEO and buying lots of Christmas presents for my family.

No paid accommodation this month because I didn’t leave Auckland. I stayed at my Dad’s for 25 nights then I housesat for my friend Kurt for five nights, also in Auckland.

A pretty reasonable total for food and drink this month, mostly because I was working full time so I was cooking a lot and packing my lunch.

A few bits and pieces I needed, plus a splurge on a cat mermaid (!) dress that I just couldn’t say no to.

Unfortunately my job is out in the suburbs so I have to take the bus or train to work – usually I get work in the city and I can walk.

No time for any fun activities this month.

Some biiiig extra expenses this month. 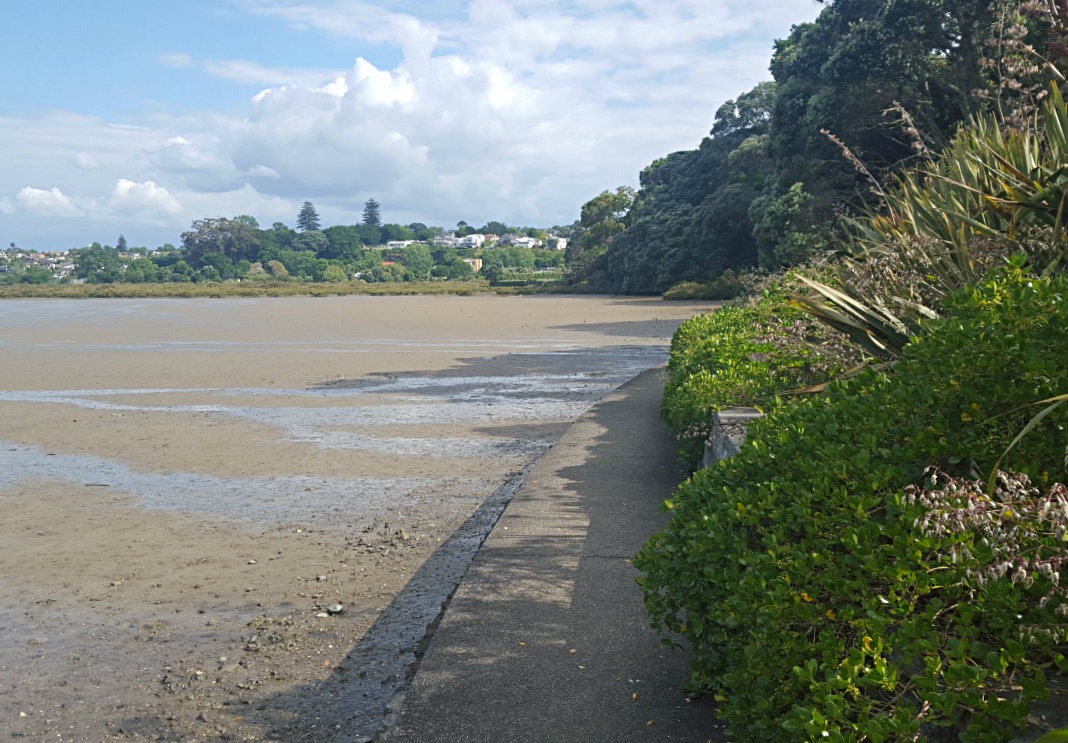 What’s in Store for Next Month

Month thirty one is shaping up to be a lot more exciting than month thirty, and I can’t wait!

I will be beginning the month by traveling down to Papamoa to hang out with my Mum and Step Dad in the lead up to Christmas, I want to watch lots of Christmas movies and maybe swim at the beach if it’s still hot.

On Christmas Day we will be heading over to Waihi Beach on the Coromandel Peninsula to spend Christmas with my Step Dad’s family at their beach house, and will be staying on for a few days to enjoy some family time at the beach.

For New Years Eve I will be heading back up to Auckland to celebrate one of my bestie’s birthdays at a house party at his place so the beginning of 2018 will likely see me hung over – as usual.

Then it’s back to my temping role for a short week, and then Toby arrives on the Friday!

I am beyond excited to see him, and one of my Australia based besties will also be in town for one night on the Friday so we will head out for dinner and drinks. Then the rest of the weekend I want to take Toby to gorgeous Waiheke Island for wine tasting and beaches, then back out to one of my favorite places in Auckland – the West Coast.

After one more week of work we will be hitting the road for the last ten days of the month on a Northland and Coromandel Road Trip so I can show Toby how amazing the beaches are in NZ.

It is already shaping up to be a much more exciting month.

To read additional Monthly Round Ups, you can find them here 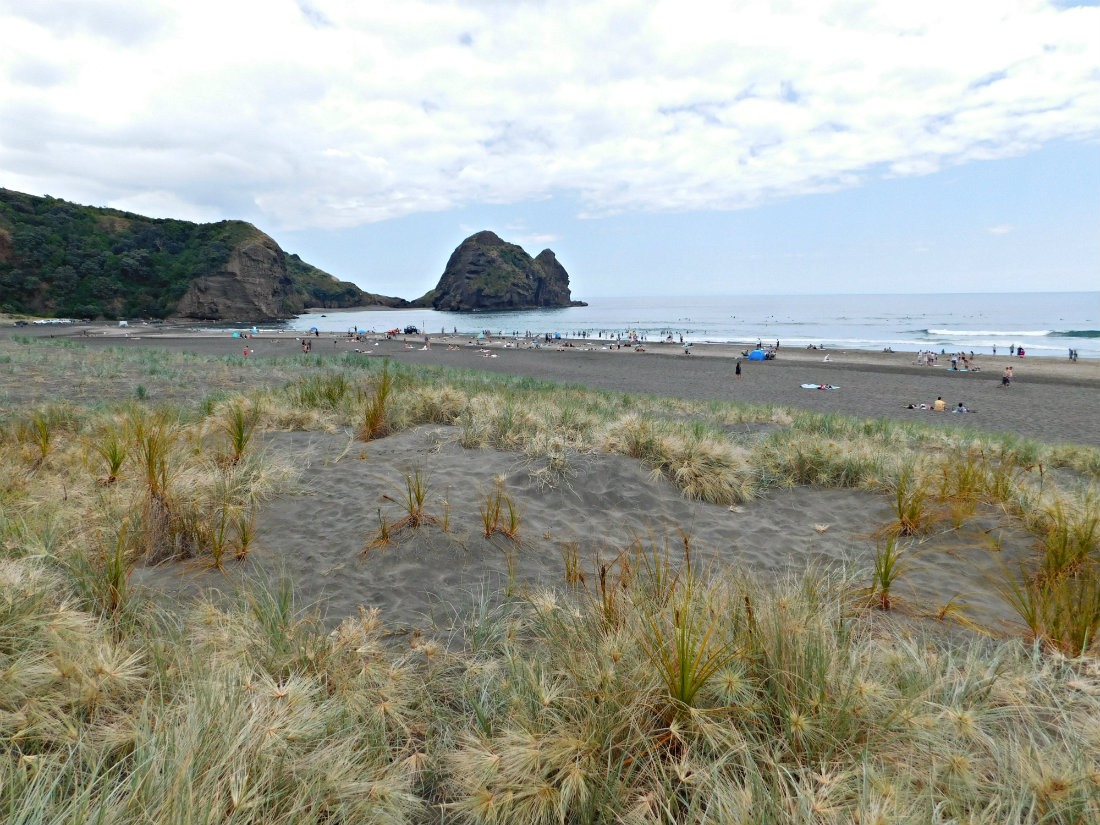