Florida, Islands of the World 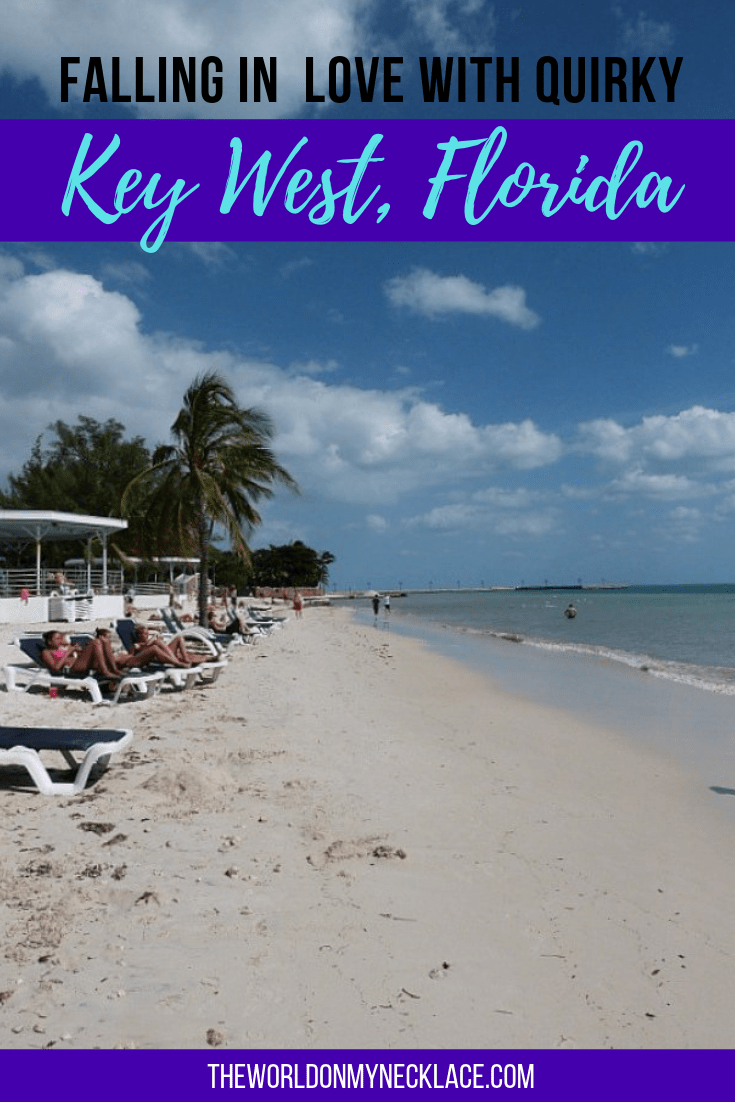 I had been excited to visit Key West ever since I heard that it is full of social outcasts that don’t fit in anywhere else in the US. It even has the nickname ‘Key Weird’. People are accepted here for who they are, eccentricities and all, and that appealed to me.

Along with the island’s colorful good looks and tropical weather, of course.

We rented a car in Miami and did a Miami to Key West Road Trip, stopping off at points of interest along the way there and back. But the main goal was to spend time in Key West.

All the colors and craziness come together to create a unique and chaotic island paradise. 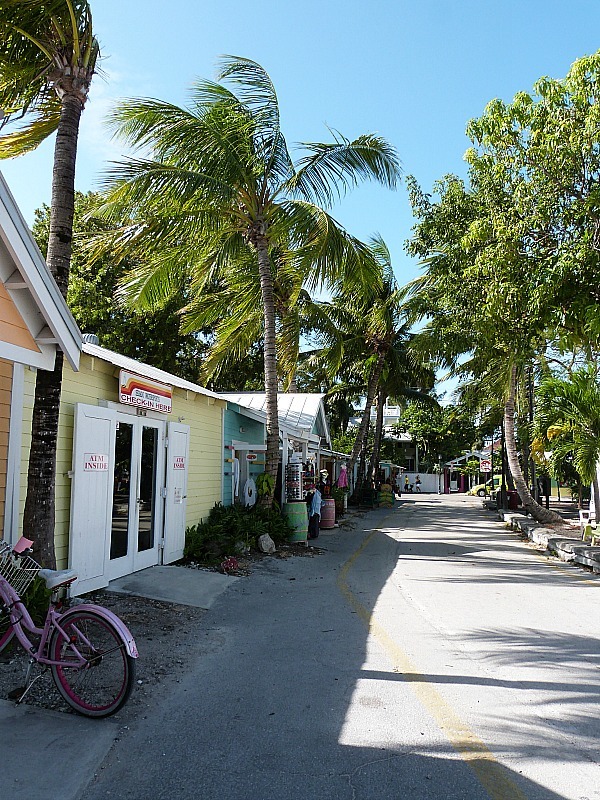 There were more touristy bars, chain hotels and tacky souvenir shops than I would have liked but in the end they didn’t define this small island for me. Its people did.

Coincidentally, we timed our visit to coincide our visit with the last night of one of Key West’s biggest Festivals of the year: Fantasy Fest.

Fantasy Fest is a Festival of hedonistic excess: drinking in the streets and at organized parties, crazy costumes, and some general nakedness. It’s all about letting your freak flag fly. If this wouldn’t be great people watching, I don’t know what would. 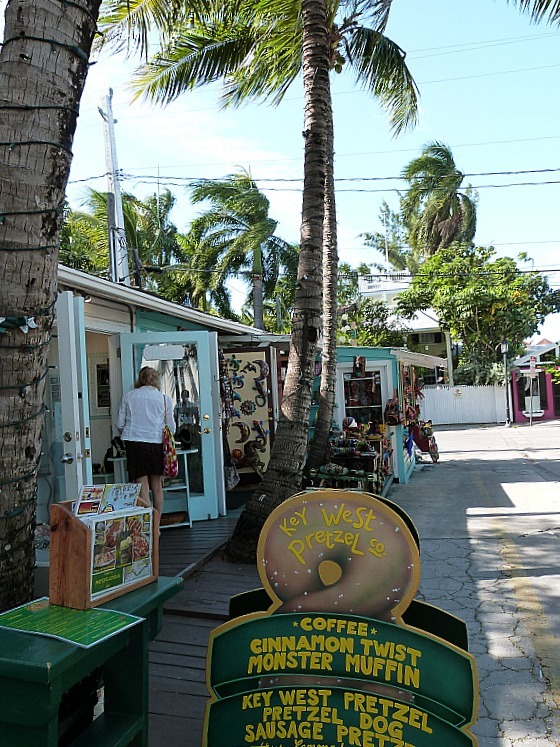 We didn’t see any naked people (well, not completely naked) but in our short time on the island, we managed to meet a plethora of interesting characters. These interesting individuals were some of our favorites: 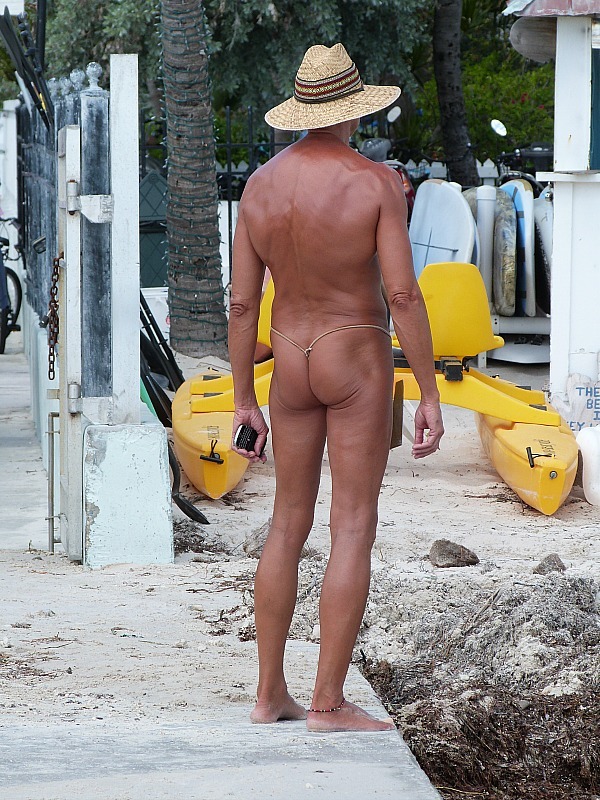 That’s not to mention Sophie and Trevor, the sister and husband of one of my old work mates. Sophie is from the UK and Trevor is from Michigan. They met online and decided to live together in Key West after holidaying there.

Can’t say I blame them. They kindly showed us around and had us over for dinner at their cute little apartment one night. Such lovely people and it definitely made our short time in Key West that much sweeter.

People seemed generally happy here and I saw a lot of smiling faces. That’s what must come from being accepted for who you are and living in paradise.

That being said, it is hard to start a life here with a scarcity of jobs and low pay being two of the sacrifices you would have to make. I guess nowhere is perfect. 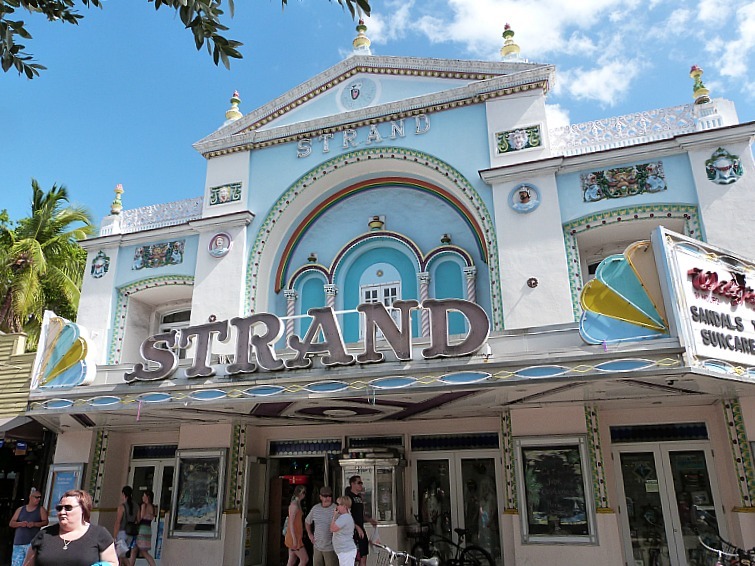 Key West’s most famous former resident was the troubled writer Ernest Hemingway. He lived on the island from 1928 – 1939 in a Spanish Colonial house off Duval Street. You can see the inside of the house and its magnificent pool on a tour which we didn’t do, just checking it out from the outside instead.

There are 40-50 six-toed cats living on the property with a lot of them descendants of Hemingway’s six-toed cat, Snowball. I didn’t know about the cats while we were there or I would have definitely stumped the $13 to do the tour. Oh well. You should definitely do a tour.

One of my favorite places on the island was the crumbling Bahama Village neighborhood. It is named for the time when most of the residents had Bahamian ancestry. Although it is slowly being gentrified with trendy galleries and restaurants opening up, it still retains its dilapidated charm.

We roamed the dusty streets past pastel-colored buildings, peeling and in disrepair. Chickens scratched at the dry earth. The neighborhood has a well-worn and lived-in feel but it was deserted and quiet when we were there.

There was a ridiculously long queue to take a photo next to the concrete pillar. I really don’t see the point in that type of tourism but each to their own. Maybe they were British – they do love their queues. 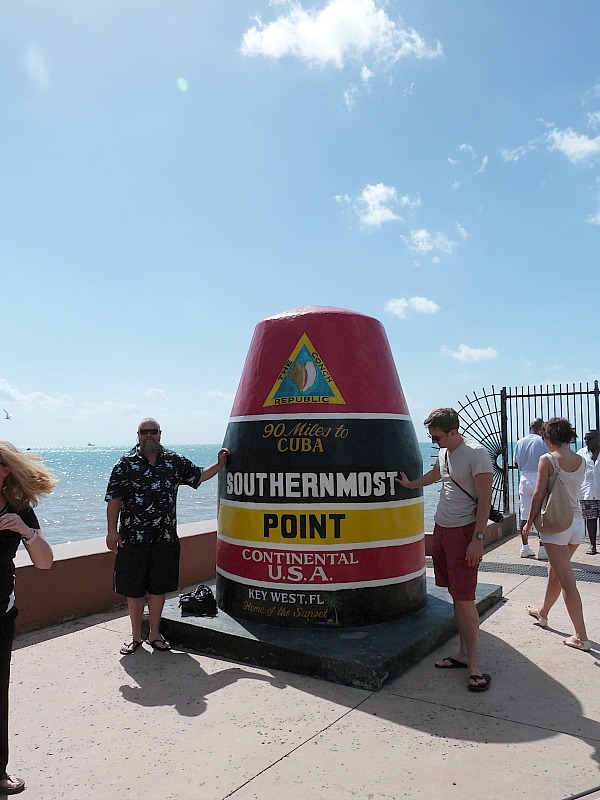 Nearby are South Beach and its pier. This is where we saw the mahogany man. Apparently he is a regular here because when I just googled South Beach, up pops a photo of him in his g-string and hat sitting on the end of the Pier. 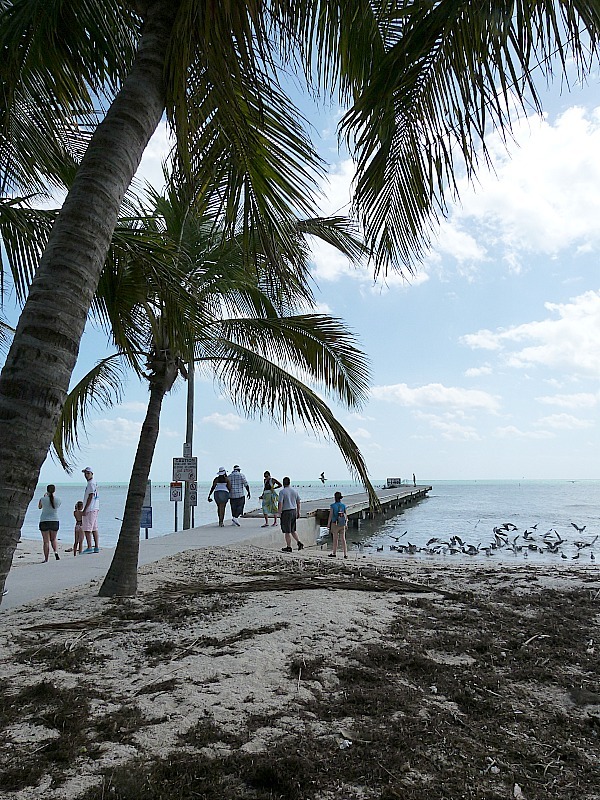 Key West is not famous for its beaches. We also visited Higgs Beach during our time on Key West and I agree that they aren’t the best beaches in the world, not even close, but they are pleasant enough. The water, although shallow, is a delicious shade of pale turquoise.

After spending nearly a month in the colder climes of New England and New York, the white sand, palm trees and clear water were looking pretty damn good to us and it felt so nice to swim and sunbathe.

Find out the best things to pack for Key West with this Key West Packing List. 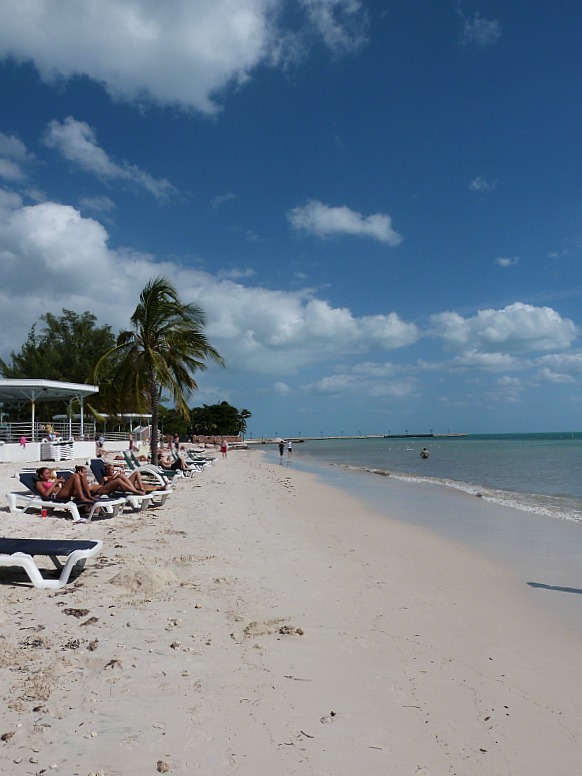 Located in a lush green courtyard surrounded by overgrown vines and with wild chickens running around people’s feet, entering Blue Heaven was like entering a secret garden. 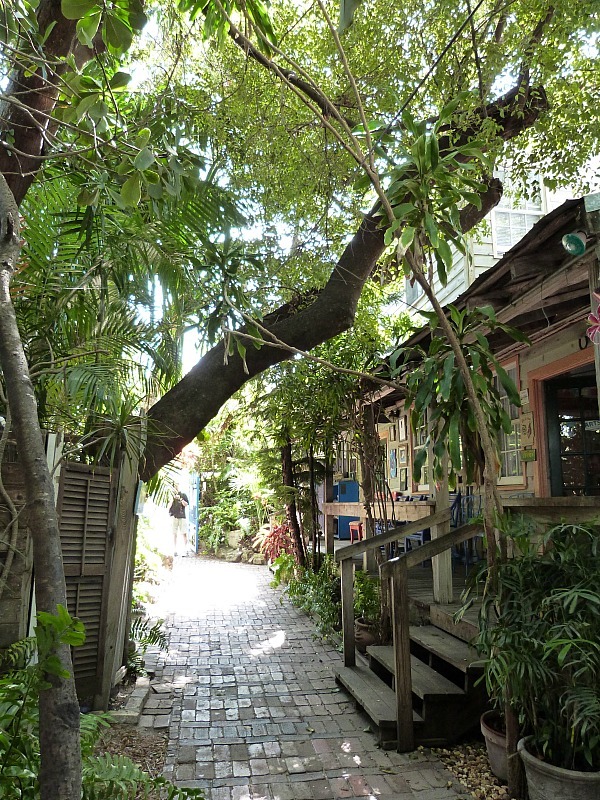 The Key Lime Pie came out with a massive halo of caramelized meringue and a rich buttery crushed cookie base. Honestly, it was one of the best slices of pie I have EVER had and for all of you who know how much I love pie – that is quite a big statement.

Like deep-dish pizza in Chicago, I don’t think I could eat Key Lime pie again unless it was in the Keys.

Another reason to come back.

Another iconic Key West dish is the conch. You know those massive shells that are blown like horns in the Pacific Islands? That’s a conch.

We tried the traditional conch fritters at BO’s Fish Shack and the cracked conch at the Conch Republic. They were delicious both ways and similar in taste and look to clams but a little bigger.

As well as sampling the food that makes Key West famous, we had to try out a few of the bars. With drinking such a big part of the culture down there, it was only fair (we were being cultural). Sophie took us to one of her favorites on Duval Street, The Porch.

Duval Street can get pretty rowdy but the Porch felt far removed from the fray. Its location is tucked away from the road in a Victorian mansion house, hidden in the shadows of the giant trees surrounding it.

It has a slightly spooky feel to it (helped along by the Halloween decorations gracing the property) and I loved drinking craft beer on the porch overlooking the quiet front yard.

We dropped into Schooners on the waterfront one afternoon for happy hour beers and live music. Sitting at the bar we chatted to the bartender and some of the locals. Red Fish, Blue Fish had a happy hour deal on too with ridiculously cheap (and extremely strong) frozen margaritas, so we headed there before sunset one evening.

Walking along the waterfront is a great way to while away the afternoon. There is a harborfront walking path that stretches along the historic Seaport, dotted with boutique stores, bars and restaurants along the way.

We saw commercial fishermen coiling their nets and pleasure boats docking up after a long day cruising the warm, clear waters. The vibrancy of life on the water was playing out around us. 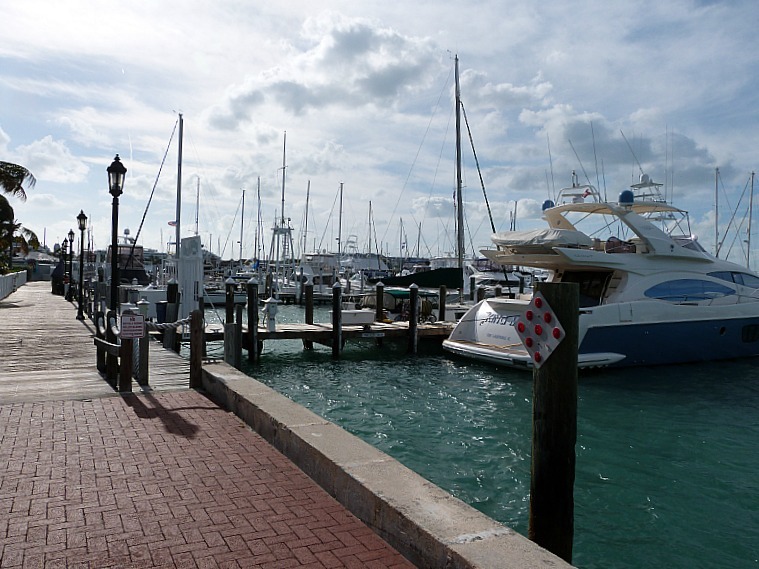 Key West is also known for its sunsets and the best place on land to catch one is Mallory Square on the waterfront. Hawkers and Buskers compete for business in the hour before sunset; a sense of urgency in their pandering.

A wisp of expectation and conviviality laced the air. We sat on the sea wall, pointing ourselves in the direction that the sun was going to set. A small island lay just offshore with a handful of opulent homes perched on its rounded hump. 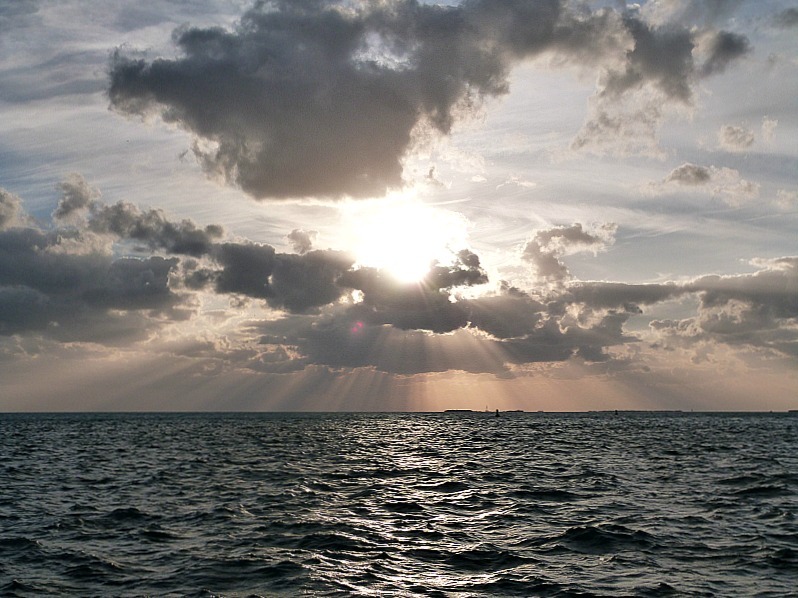 A busker near us was playing guitar while his dog, wearing red shorts with a hole cut for its tail, was gently taking money out of people’s hands and placing it in the money hat. I don’t think that he would have been making as much if it wasn’t for that dog. With the dog, he had an edge on his competition. Everyone wanted it to take money out of their hand.

As the sun dipped closer toward the sparkling waters of the Gulf of Mexico, clouds crept in and blocked the sun as it made its final descent below the horizon. Everyone clapped as the sky lit up in an orange haze.

There are plenty of boat rentals in Key West to take advantage of and experience the stunning sunset from the water. I definitely want to do this next time I am in Key West. 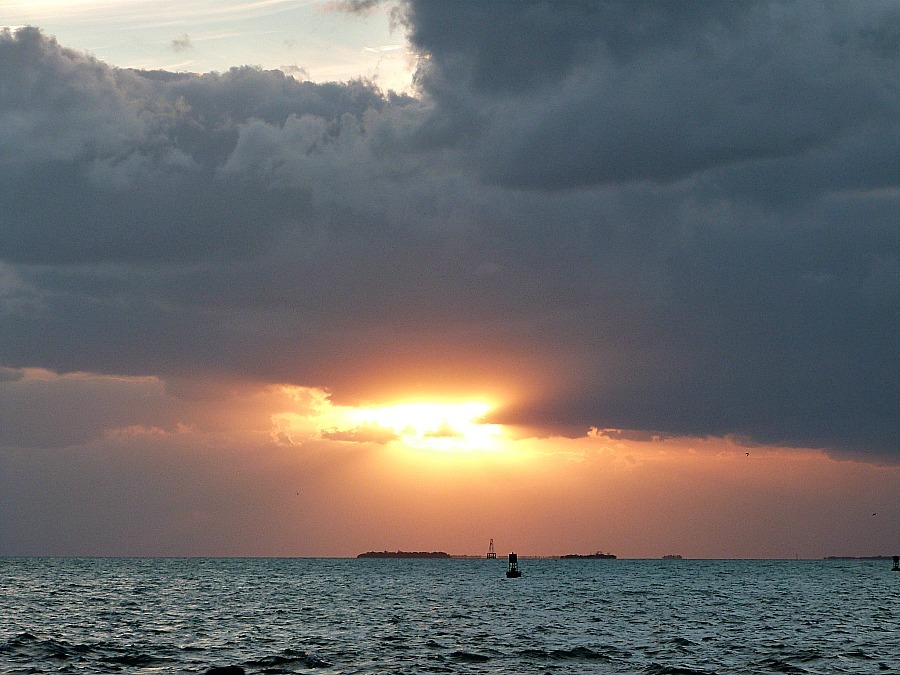 There were other highlights of our time in the Florida Keys. 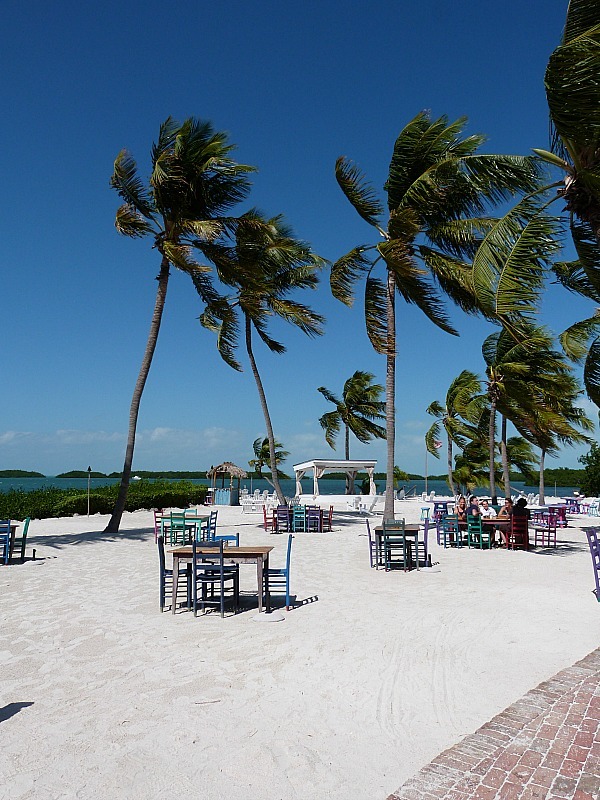 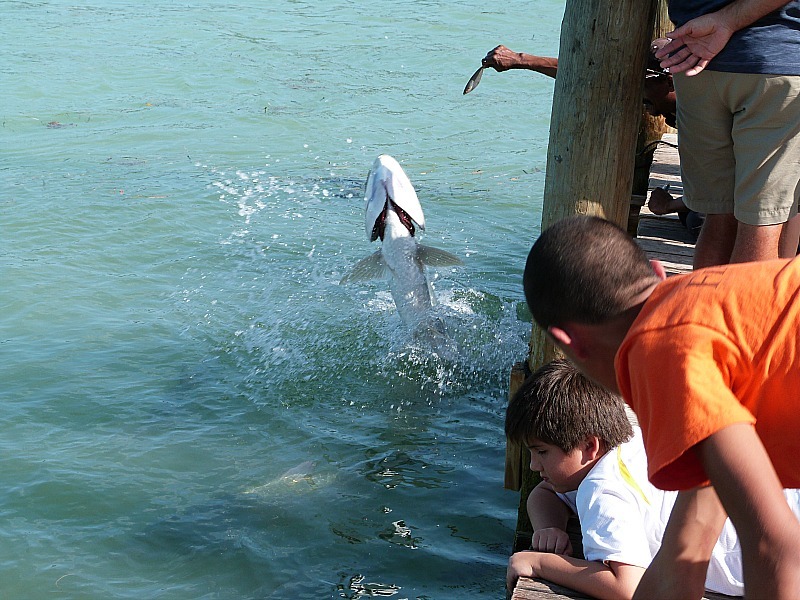 Lunch on the white sands of Morado Bay. Watching people feed the massive tarpon that were jumping out of the water at Robbie’s Marina. Seeing the mini Key Deer, the size of Labradors, on Big Pine Key. Incredible fish tacos at the beautiful and historic Key Largo Conch house. Kayaking between the mangroves at John Pennecamp State Park. 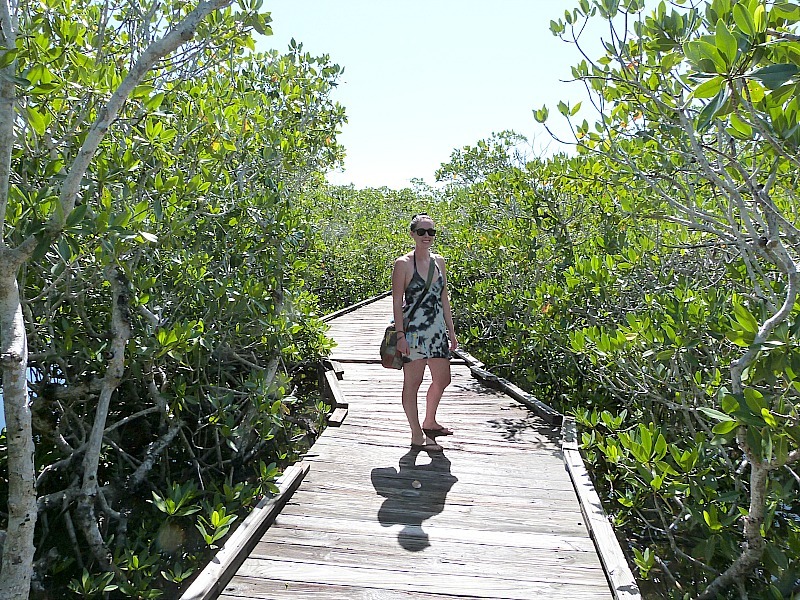 These were all great experiences but nothing compared to our time on the island that holds the unique and special people of this world in high regard.

There are a lot of places that I hope to return to one day and Key West now sits firmly near the top of that list. After all, I gotta go back to see the six-toed cats! 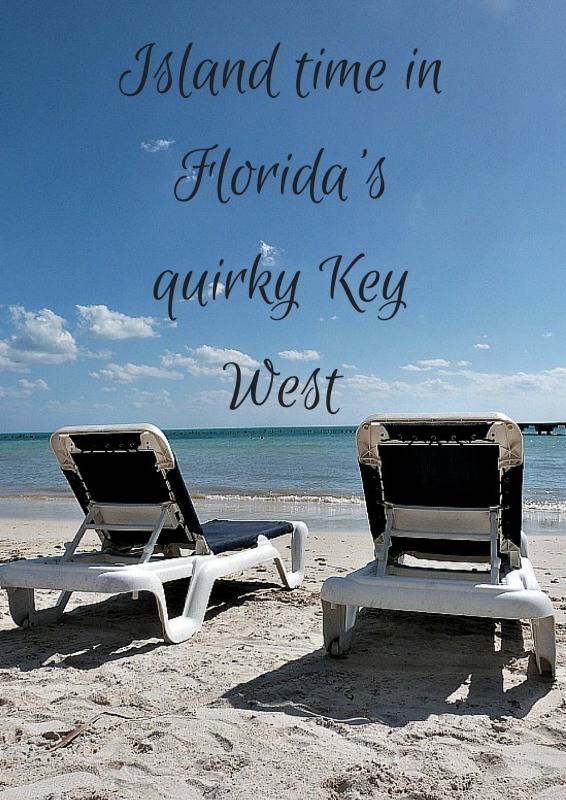