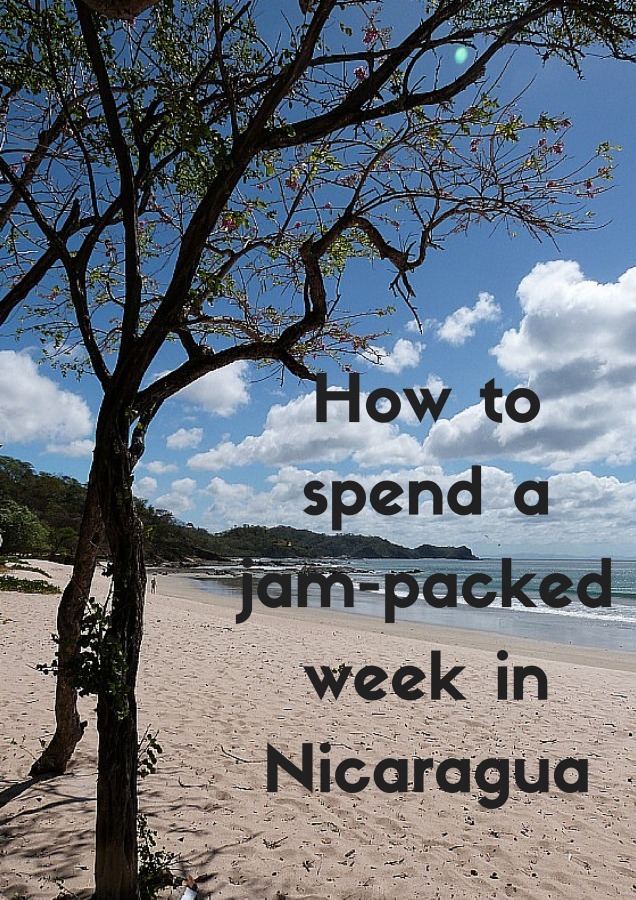 I was already quite nervous about spending a night in San Pedro Sula, Honduras so I wasn’t overly thrilled when we got there and were told that the bus the next day was full and that we would have to in fact spend two nights there instead.

Things didn’t improve when we couldn’t get Trav’s card to work in any of the bus station cash machines, luckily we had just enough to get a cab out of there.

We were dropped off at a guesthouse near the bus station and the owners were incredibly helpful and kind.

Trav called the bank and we found out that the card had been cloned and 5000 pesos had been racked up on it fraudulently in Mexico. This was unfortunate as I still didn’t have my new cards so it just left us with Trav’s credit card and my NZ eftpos card which didn’t have much money in it.

The bank eventually agreed to let him have five free cash withdrawals from his credit card which we hoped would be enough to get us to Colombia where we would get our new cards sent in two weeks.

We spent the next day at the two giant and very modern malls near our guesthouse; went to a movie, bought a top from Zara and had Popeye’s fried chicken and Cinnabon cinnamon rolls – was quite a culture shock and a nice break from the Developing World. So San Pedro Sula turned out to be not so bad after all.

But it was time to move onto Nicaragua where we would be spending just over a week. Luckily a week is a good amount of time to get a feel for the country, and I was pretty happy with the one week Nicaragua itinerary we chose.

We caught the bus to Managua in Nicaragua at the ungodly time of 5am and after a connection arrived in Granada in time for dinner. Granada is another beautiful colonial city in the same vein as San Cristobal de las Casas and Antigua. 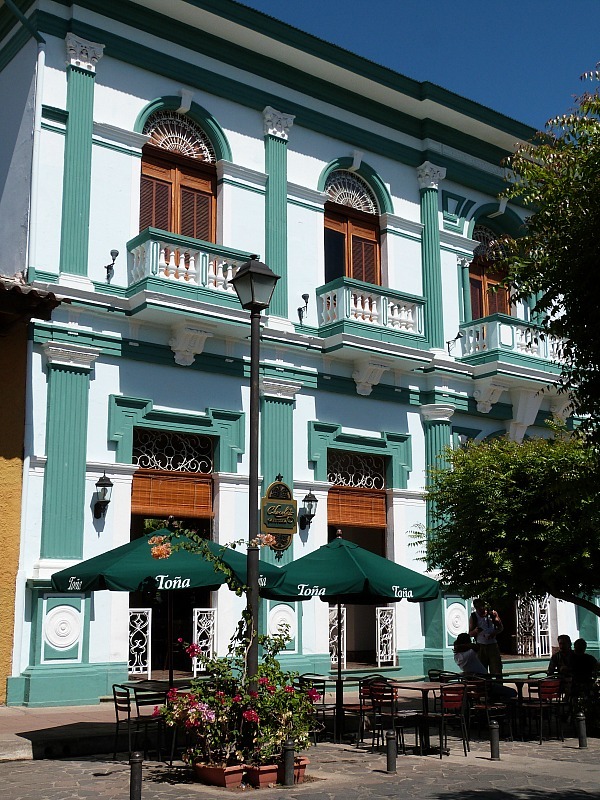 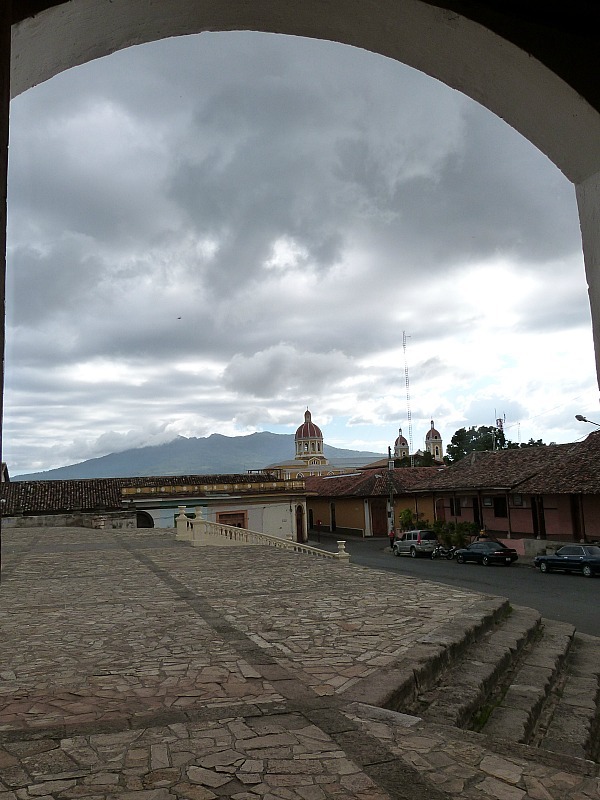 We only had two nights in Granada but it was enough time to look around the small town. We checked out the chaotic market and the graceful main square with the shoe shines and horse and carriages.

We walked along a beautiful cobbled pedestrian street with brightly coloured buildings down to Lake Nicaragua, and had a cold coke at one of the lakeside restaurants, before wandering along the scruffy lake shore. It was a lovely laid back town to poke around and not do much. 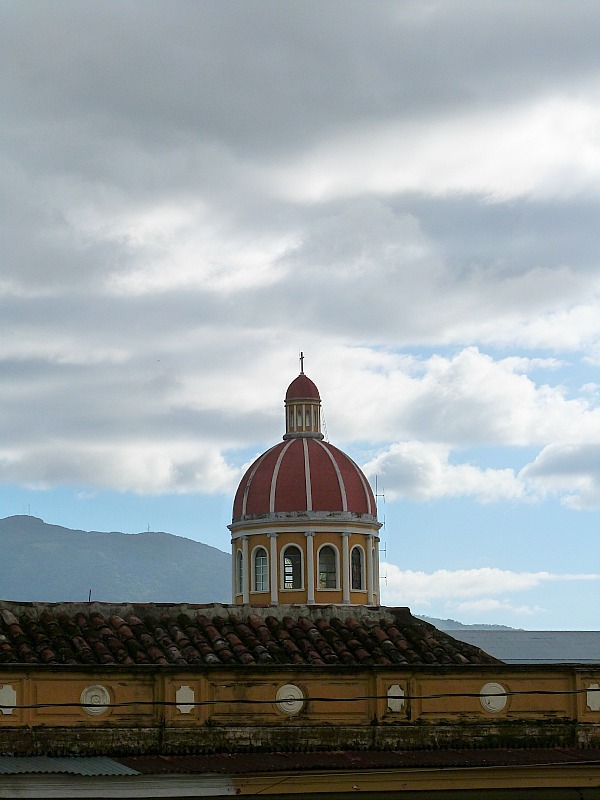 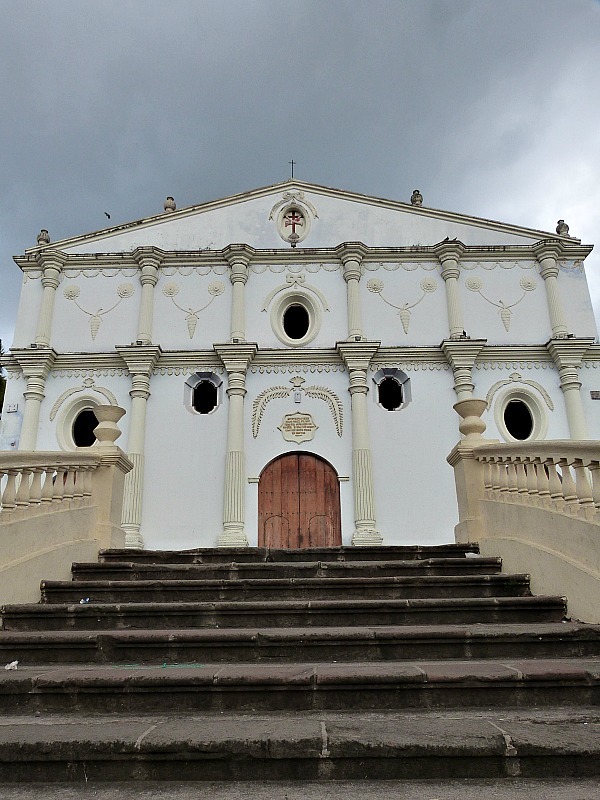 Our next stop on our short tour of Nicaragua was Ometepe, a double volcano island in the middle of Lake Nicaragua.

After a 3 hour bumpy chicken bus ride with a little girl perched on my knee, and 1 hour on a boat braving the crazy waves, we arrived on the island and found a cheap hotel near the dock in Moyogalpa, the largest town on the island.

Moyogalpa has got a bit of a bad rep in the guidebooks and is described as dull and dirty but we found it be quite pleasant with lots of nice places to eat.

Our hotel had awesome views from the roof top balcony to Volcan Conception, the largest of the two Volcanoes that comprise the island. 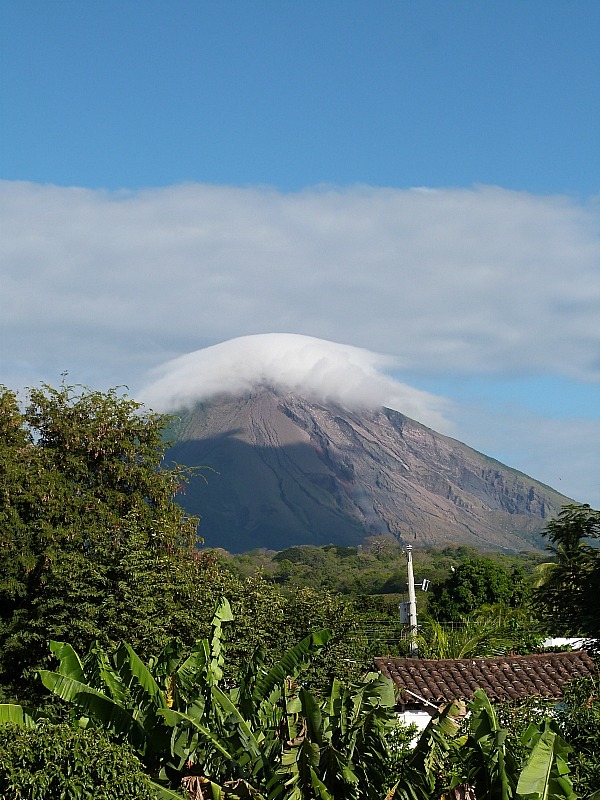 We were thinking of climbing one of the volcanoes but had been told that they were both very strenuous hikes so decided to spend our only full day exploring a bit of the island.

This turned out to be more difficult than we thought as the buses on the island are very slow and stop often so we only ended up making it over to Altagracia, a town on the other side of the island, and Santo Domingo, a beach the bridges the two volcanoes in the middle of the island. 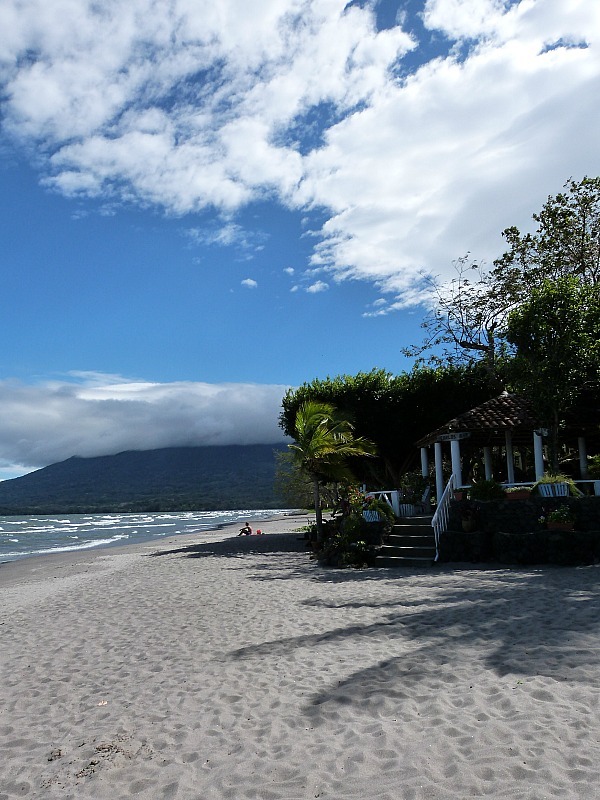 Santo Domingo is a beautiful and unique place, it looks so much like an ocean beach as it is sandy, there are big waves in the water and the lake is so big you can’t see any land on the other side.

It was an interesting experience swimming in the freshwater waves. We saw horses coming down to the beach to drink from the lake and with a giant green volcano behind them, it was a photographers dream. 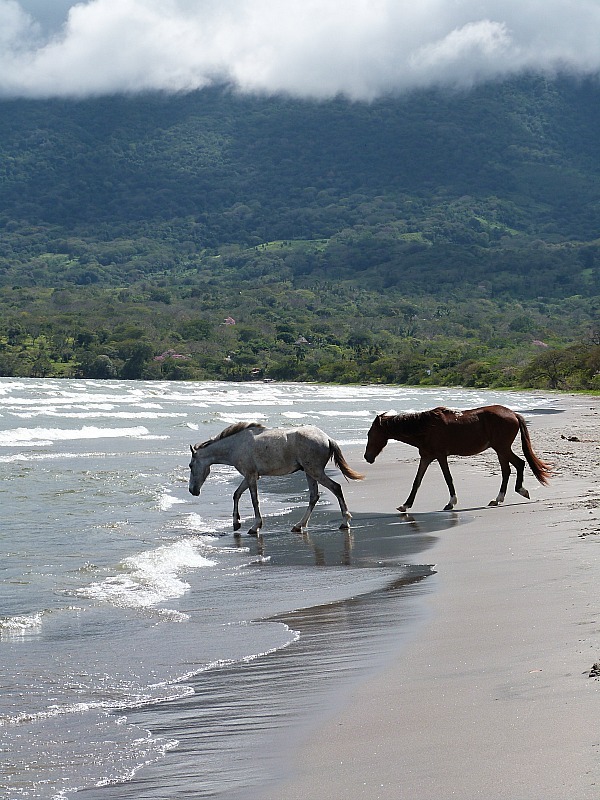 We had a lovely lunch at a Vegetarian Restaurant overlooking the beach then decided to taxi it back to Moyogalpa as we couldn’t face the overcrowded chicken bus twice in one day.

The next day we got the ferry back to the mainland and a shared taxi to San Juan del Sur, a backpacker favourite on the Pacific Coast. San Juan has a nice town centre with surf shops and gringo friendly restaurants but the beach isn’t amazing.

The main attraction at San Juan del Sur is the party scene which didn’t interest us so we decided to stay a bit further north at Playa Maderas. We had three nights at a beautiful eco resort with an amazing pool, only 8 minutes walk to the beach. 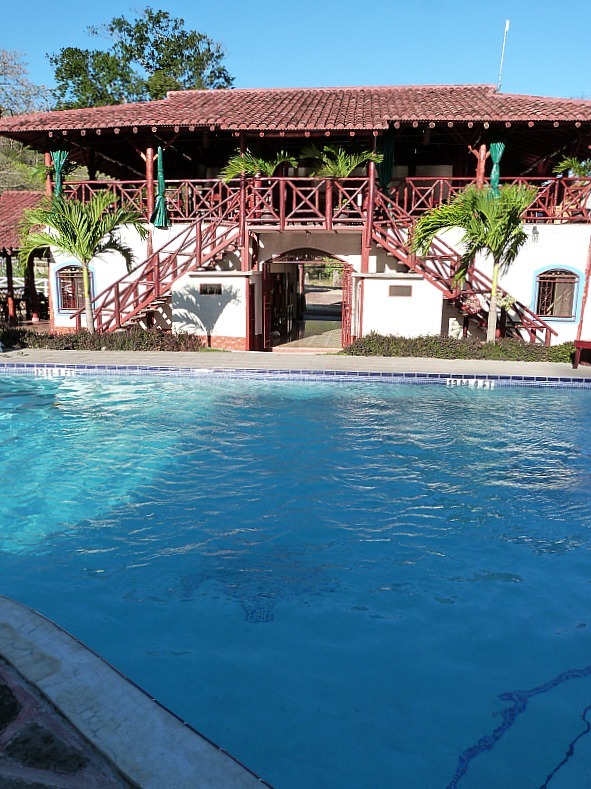 The main beach at Playa Maderas is really popular with surfers and has a hostel, surf school and a couple of overpriced restaurants, but if you walk further down the beach it is almost deserted and strikingly beautiful. 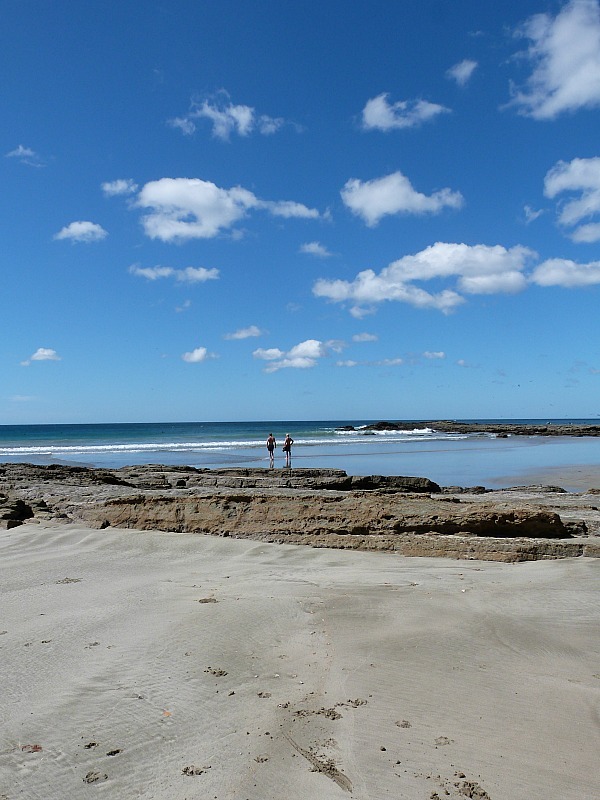 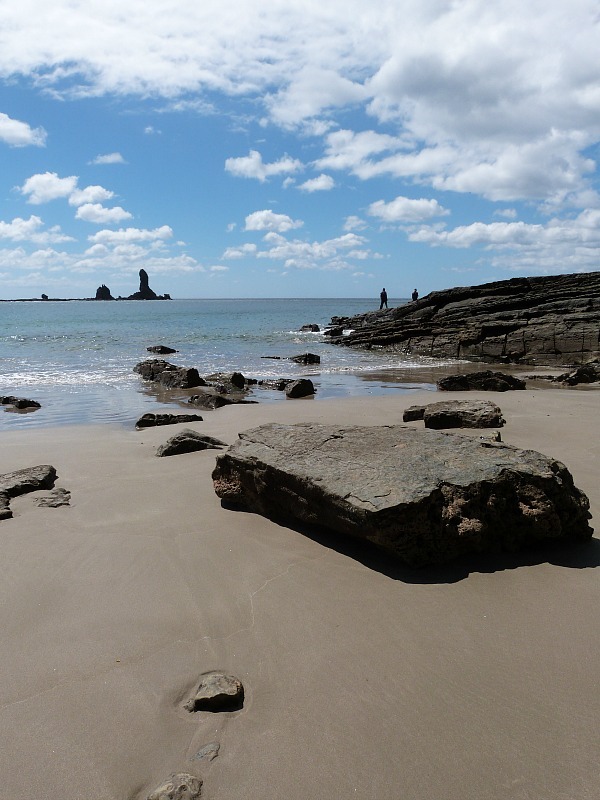 There is a hostel called Matilda’s at the end of the beach that has a path beside it which takes you around the headland to Bahia Majagual; another beautiful, wind swept beach that was completely deserted except for some fishermen fishing off the rocks.

We climbed over the rocks to another small bay and swam there, feeling like the last people on earth. 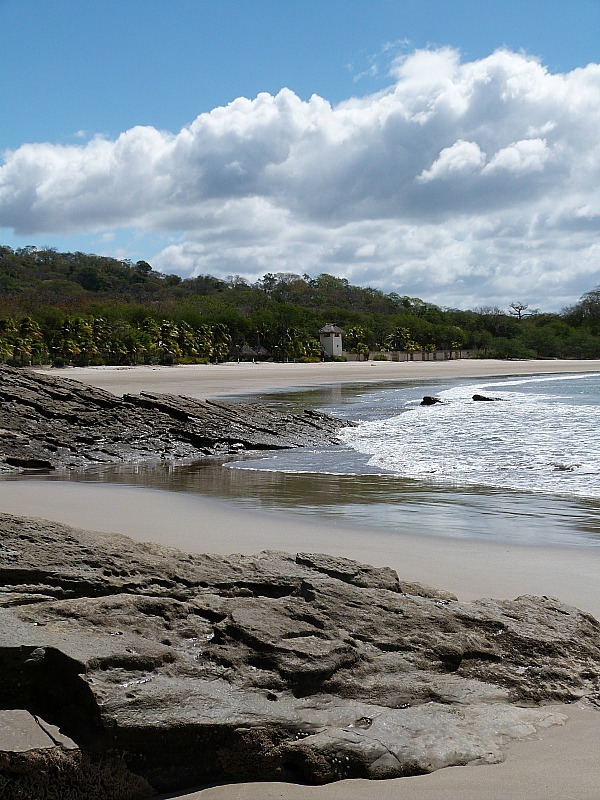 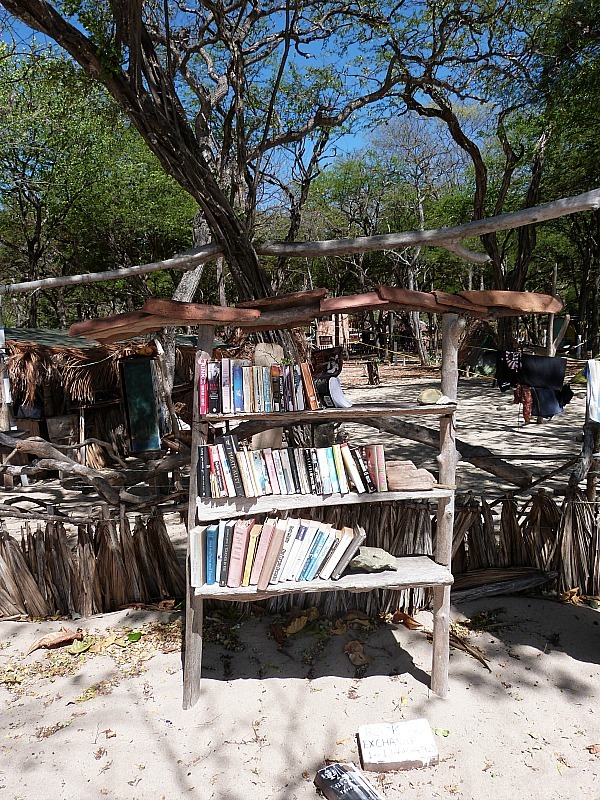 Pacific beaches have a certain feel about them, a rugged beauty that reminds me of home, and the beaches here made me feel very chilled out and happy. 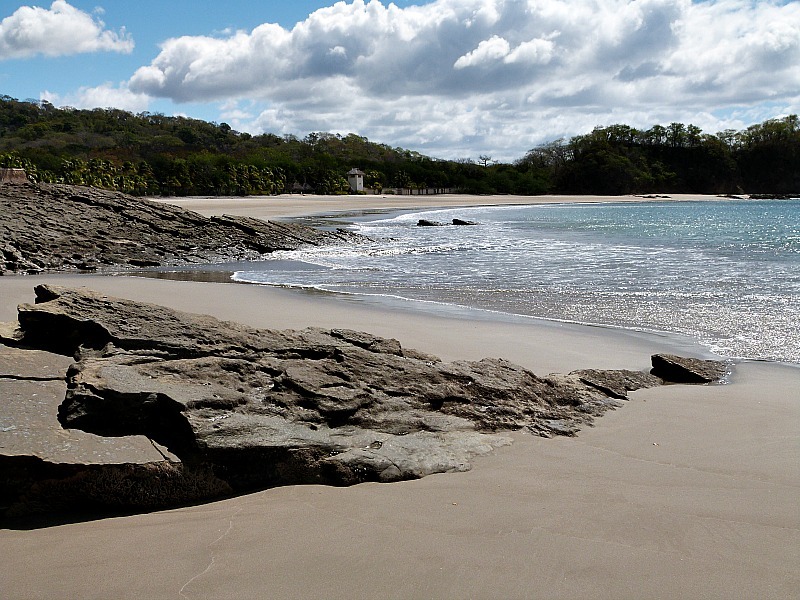 We spent a couple of happy days strolling the beach, swimming among the waves, exploring the rock pools and relaxing by the pool at our eco resort.

We even got to release baby turtles into the ocean two nights in a row at nearby Playa Marsella which was an amazing experience and something I had wanted to do for a long time.

Watching monkeys swinging in the trees was the icing on the cake. 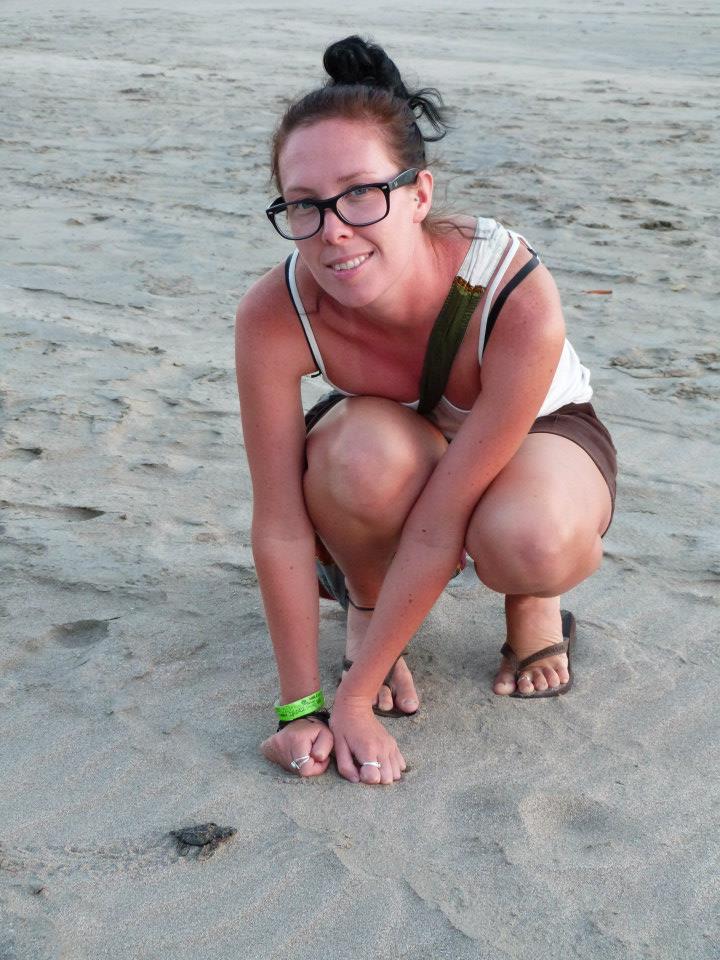 The only thing that made our time there less than perfect was the hurricane force winds strong enough to blow coffee out of cups and sand everywhere. I think if it wasn’t for the wind we might still be in Playa Maderas now.

Our last day in Nicaragua was spent on the most crowded chicken bus yet, back to Managua where we spent the night before our epic two day bus journey to Panama City. But, that is another story.