Belize, Islands of the World 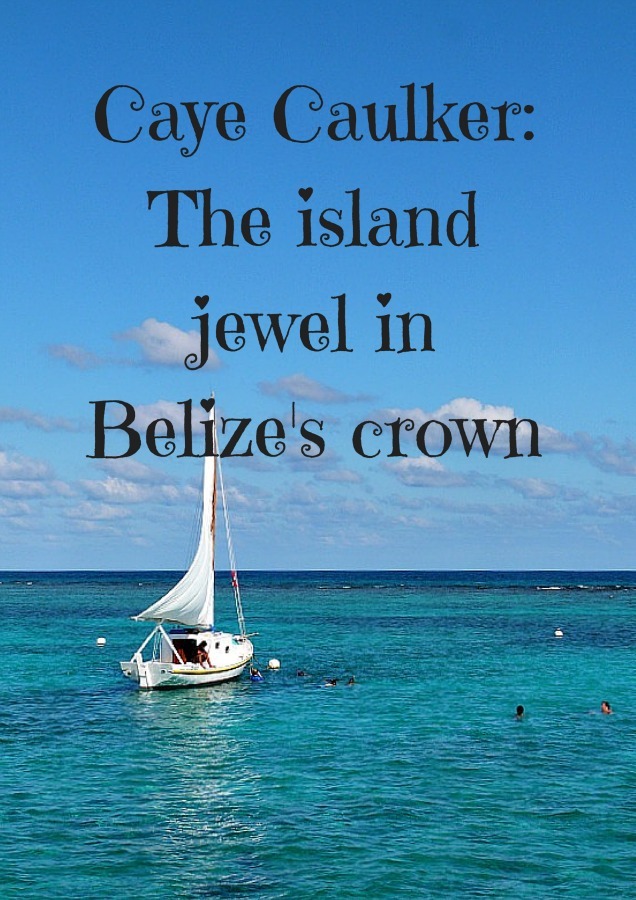 Our first glimpse of Belize was our 30 minute stop on Ambergris Caye to clear Customs and Immigration. It is the first country I have been to where you can go through Customs with bare feet; the building is a shed and the floor is sand.

On arrival on Caye Caulker, we were greeted by some locals who wanted to take us to some cheap properties. Of course the deals were too good to be true but we decided to stay at Chinatown Hotel as the price wasn’t too bad for a quad room and it had a kitchen and a pool (luxury for a backpacker!). 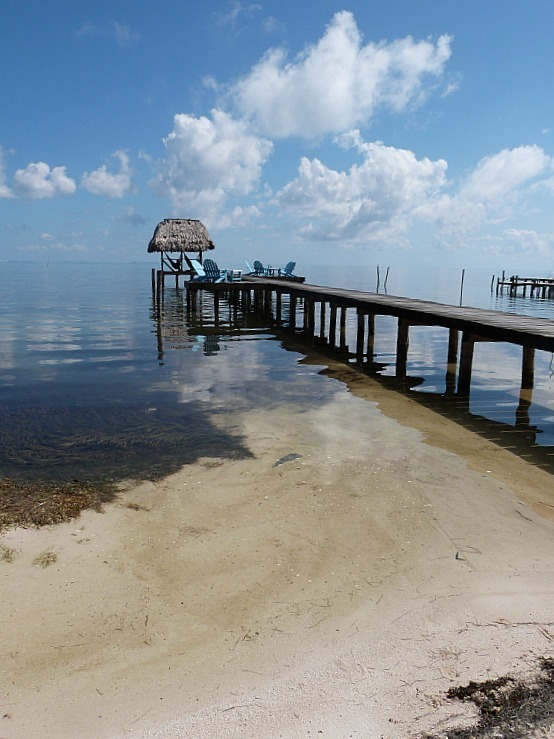 Caye Caulker truly felt like a Caribbean island. Key West had the vibe to an extent but Caye Caulker is the real deal. The island is made up of 3 main streets aptly named Front Street, Middle Street and Back Street.

A festive atmosphere prevails in town but if you walk away from the 3 main streets it is very tranquil, it is just you and the giant iguanas. The streets are dusty and are lined with pastel coloured houses and shops.

Every restaurant serves lobster, fish and conch so I was in food heaven, prices were more expensive than Mexico but not as bad as I thought they would be. 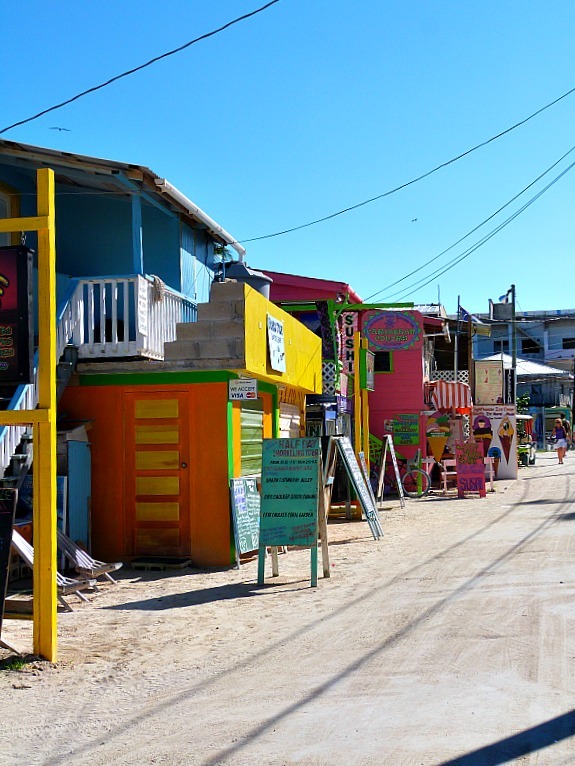 The locals get around by bicycle and golf carts and there are friendly stray dogs everywhere (well friendly to the tourists, we saw them attack locals a few times).

A big portion of the island population are dreaded Rastas and super laid back, keen to party with the tourists and get a free drink out of it if possible. 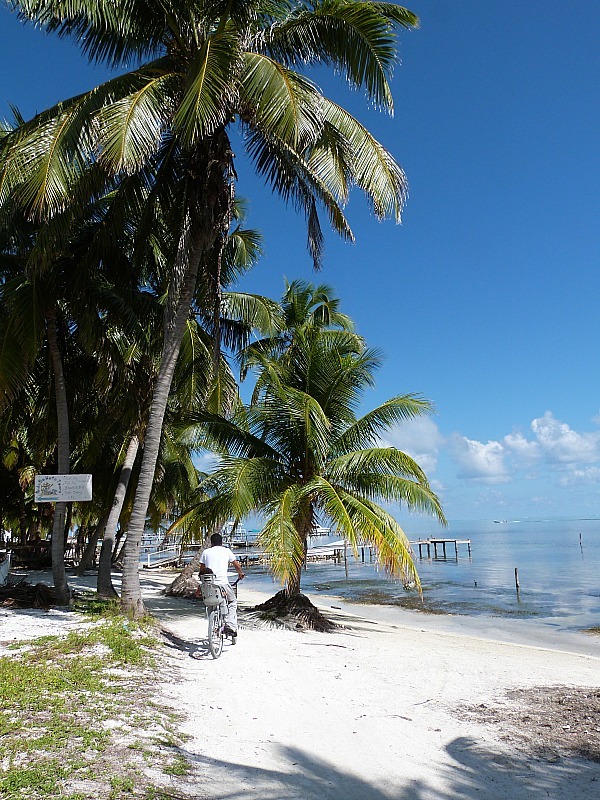 Our first day we went exploring, determined to walk around the island but were foiled by paths that lead to nowhere and encroaching mangroves in the south of the island.

We swam and snorkelled at the Split, where the island was cut in half by a hurricane a few years ago. There aren’t any beaches as such but the Split has a sandy area where you can sunbathe and amazing tropical fish to snorkel with, we saw a stingray jump out of the water here and I saw a lion fish. 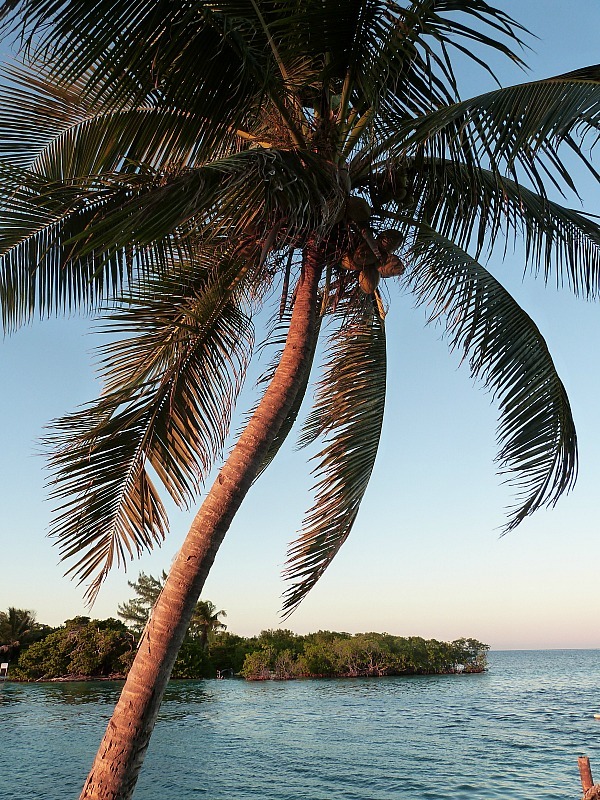 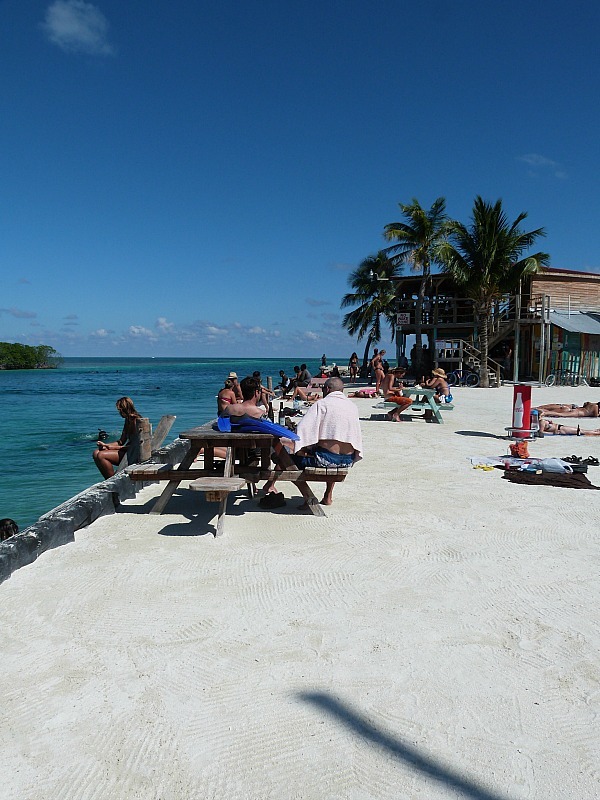 The Split was the place to go on the island for beautiful sunsets and we met up with friends for cheap panty-ripper cocktails there (coconut rum and pineapple). 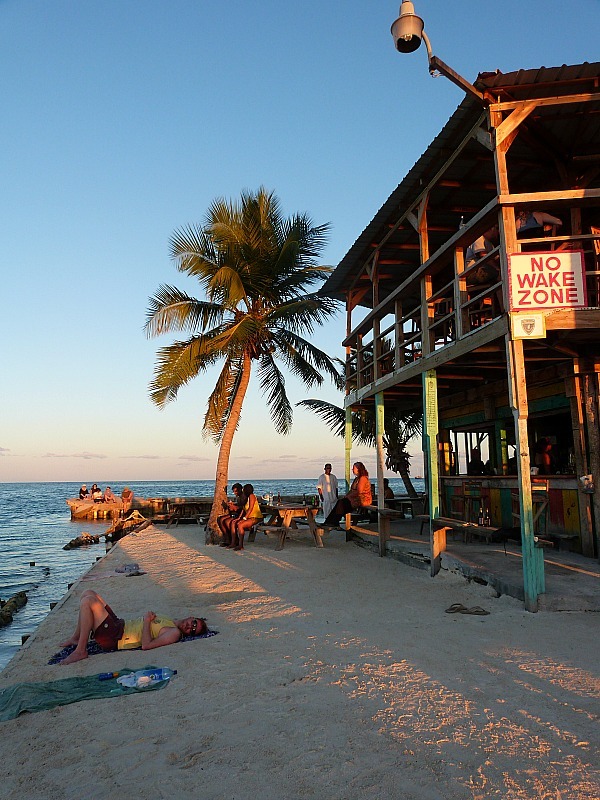 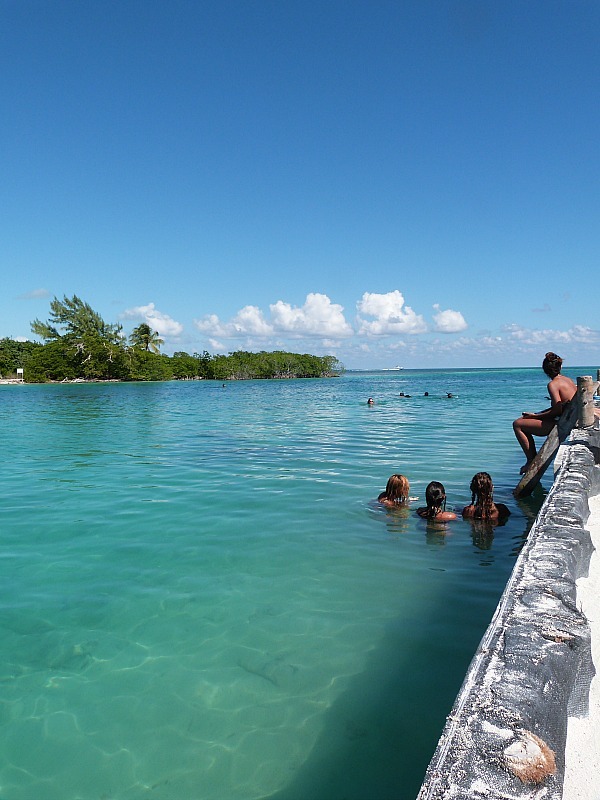 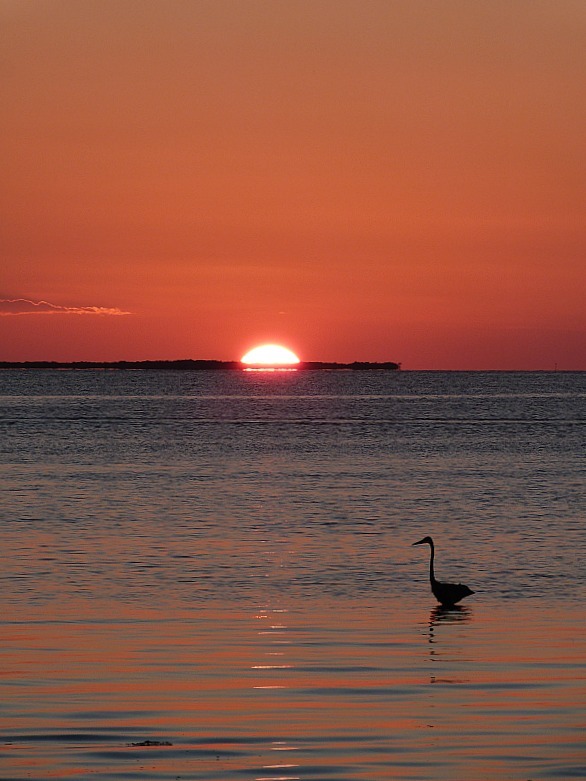 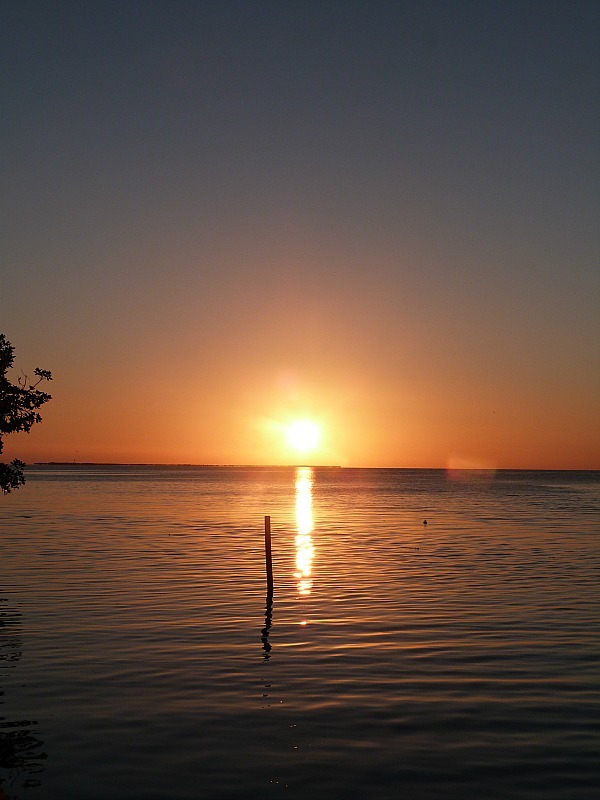 Our best day on Caulker was spent sailing with Raggamuffin tours. We had three snorkeling stops including the famous Hol Chan reef which is a popular spot for diving too, and swam with turtles, moray eels, spotted eagle rays and a huge variety of multi colored fish.

At the second stop there were lots of nurse sharks and stingrays which we swam among and even petted. They gave us as much rum punch as we could drink on the way back and pumped the reggae – great way to spend a day in the crystal clear waters of Belize. 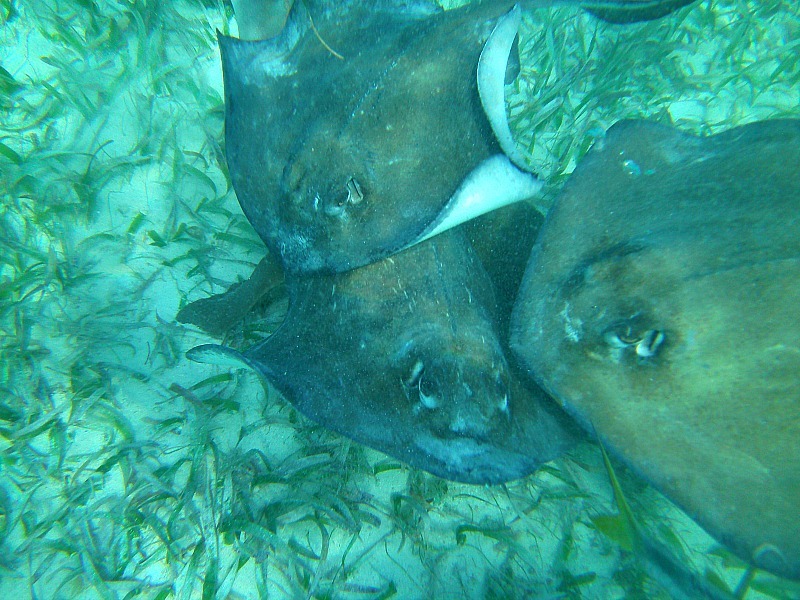 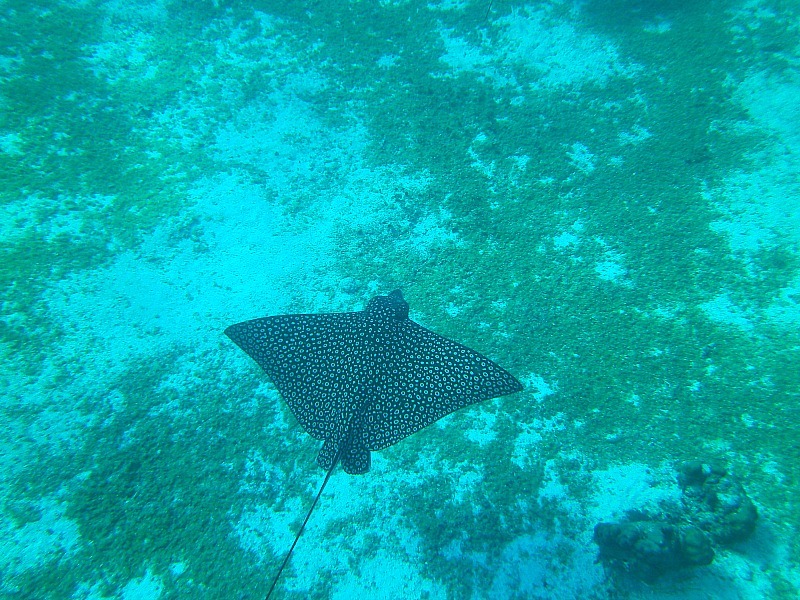 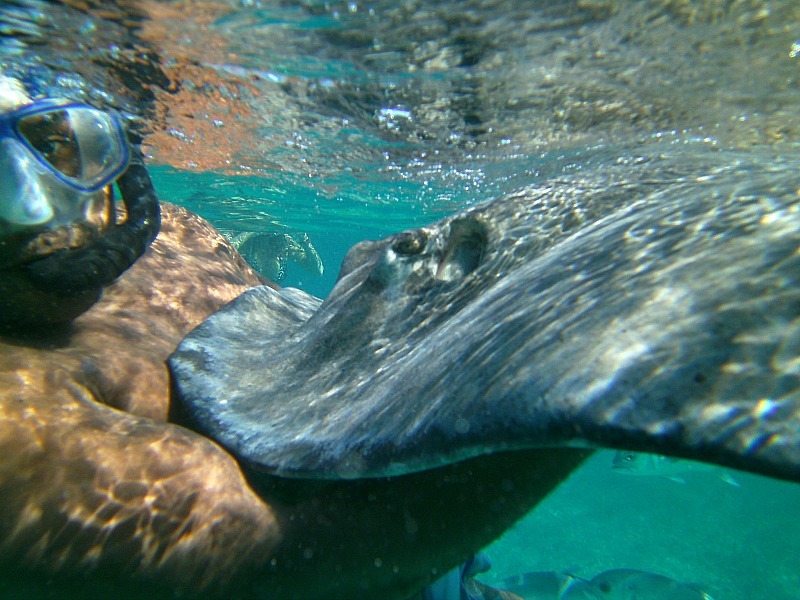 We carried on the drinking with a big night in town with a group of friends we had made in Lake Bacalar and some friendly locals. My last day was spent in bed, very very sick from Rum poisoning. 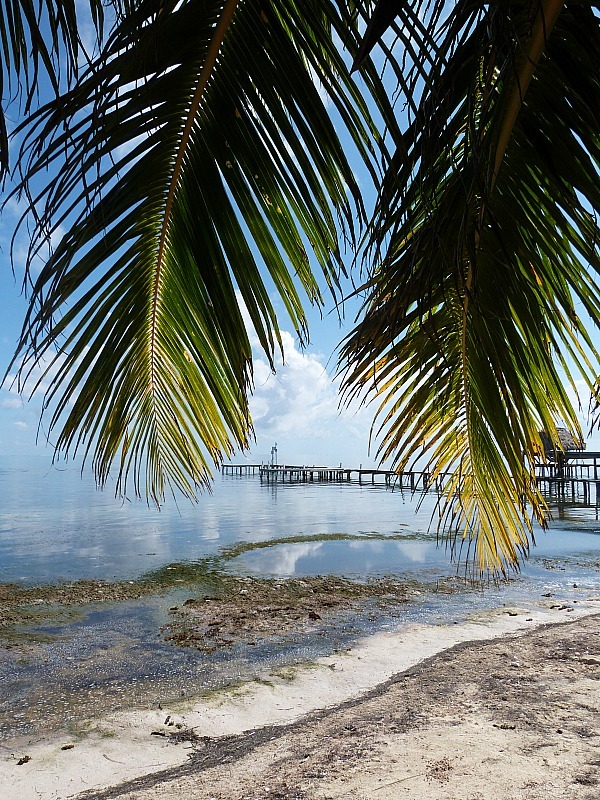 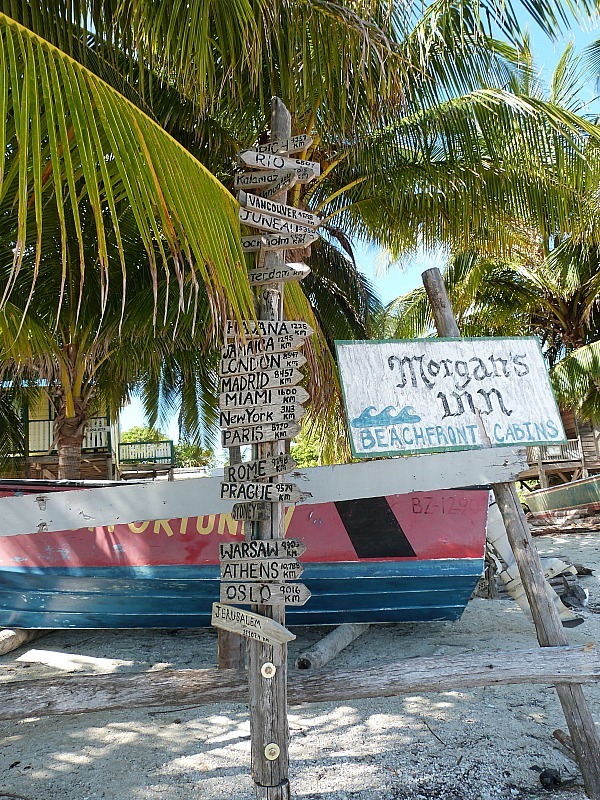 Despite the unfortunate ending to our Belizean sojourn, I would go back to that island in a heartbeat. 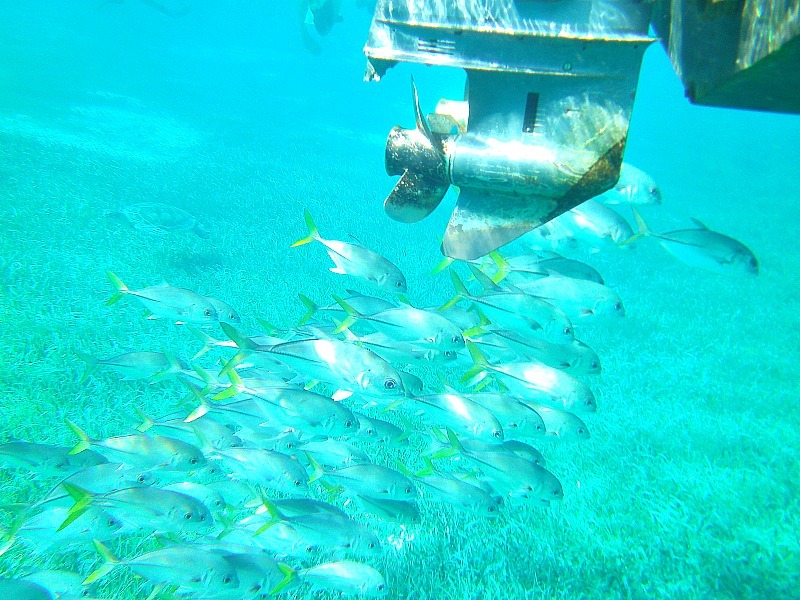 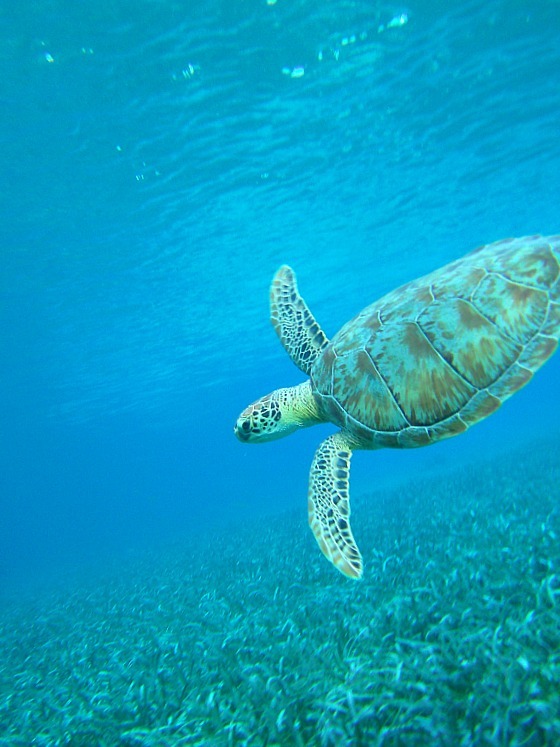 2 Comments on Caye Caulker: The Island Jewel in Belize’s Crown