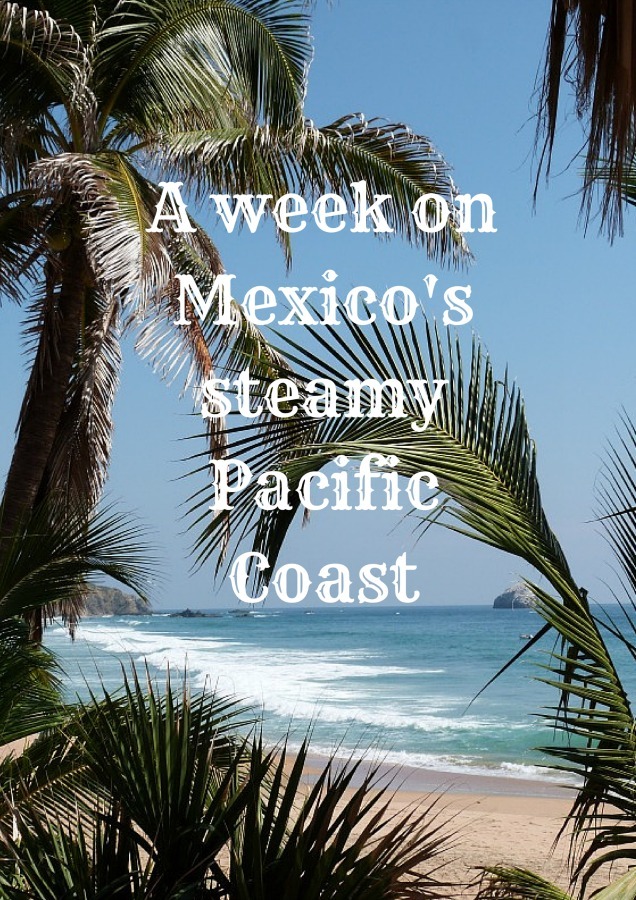 Our second week in Mexico was spent lounging on the Pacific Coast.

After a long, windy drive from Oaxaca we arrived in a much hotter and very humid Puerto Escondido where we stayed three nights. 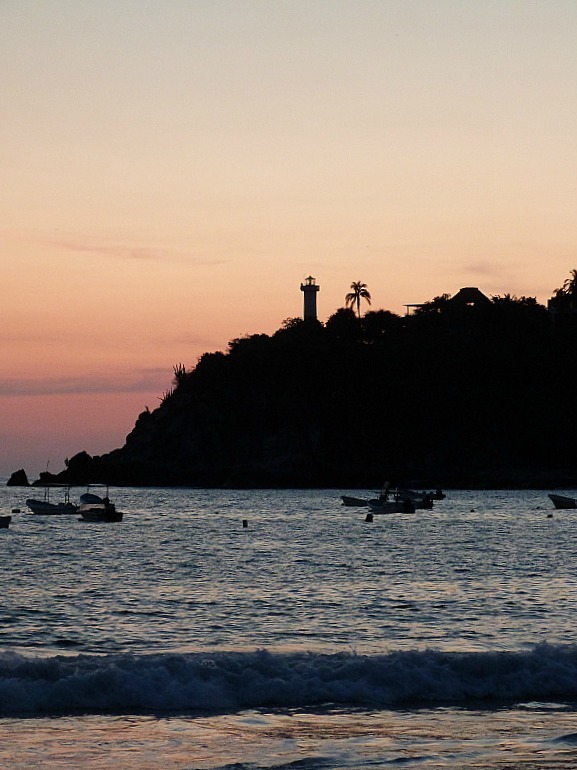 We stayed in a Hotel/Hostel that friends had recommended called Hotel Mayflower which was good value. We had our own room and bathroom with much needed ceiling fan and a TV.

The area that the hotel was in was mainly popular with Mexican families and the beach looked dirty and had a fishy smell due to the number of fishing boats operating from there. 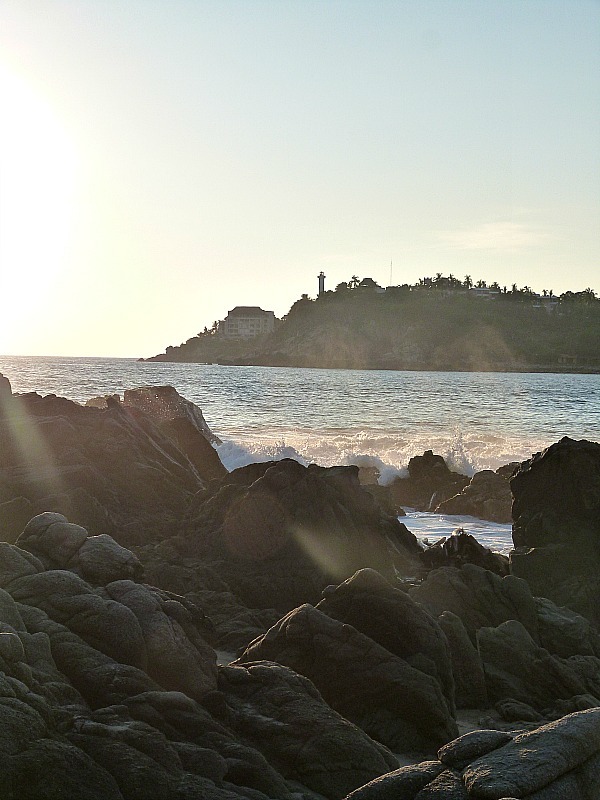 An American couple we met on the beach said not to go around the rocks towards Playa Zicatela at night because they got held up at knife point. Hearing this made me uneasy and I wasn’t sure if I wanted to stay in Puerto long.

The next day we walked around to Playa Zicatela which is a lot more backpacker friendly with lots of cafes and bars, a long stretch of (cleaner) sand and massive waves. 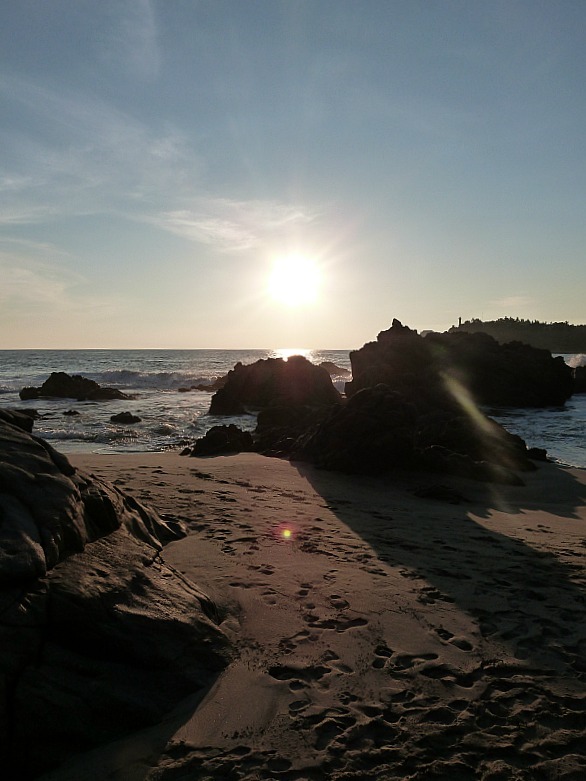 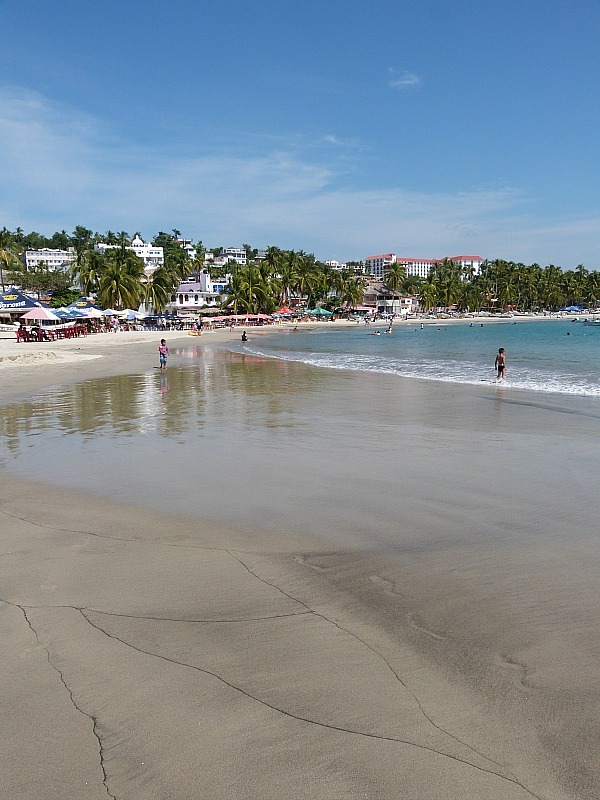 There was a surfing comp on when we were there and lots of extremely tanned gringos wandering around. Trav hired a body board for the day and bravely took on the waves, I paddled in the shallows and read on my sunlounger sipping banana smoothies – it’s a hard life.

I wanted to move to a cabana on Zicatela but we decided to stick it out at Mayflower as we liked the hotel and it was only two more nights. 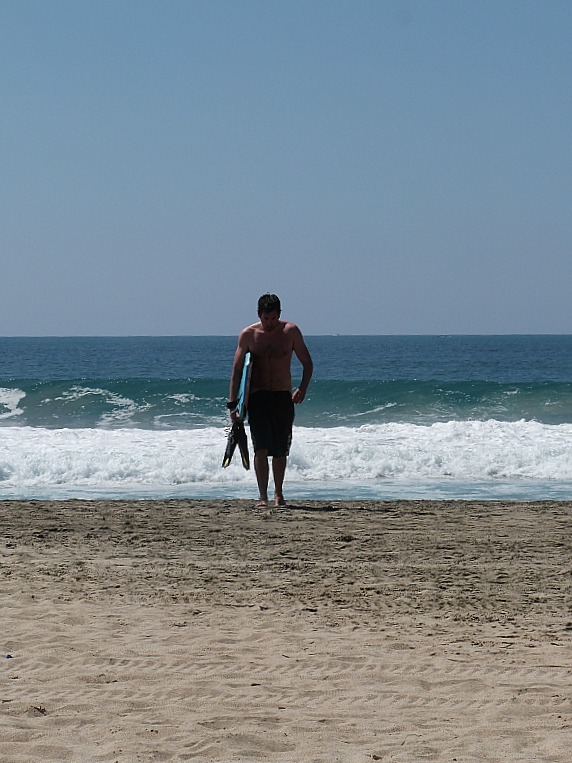 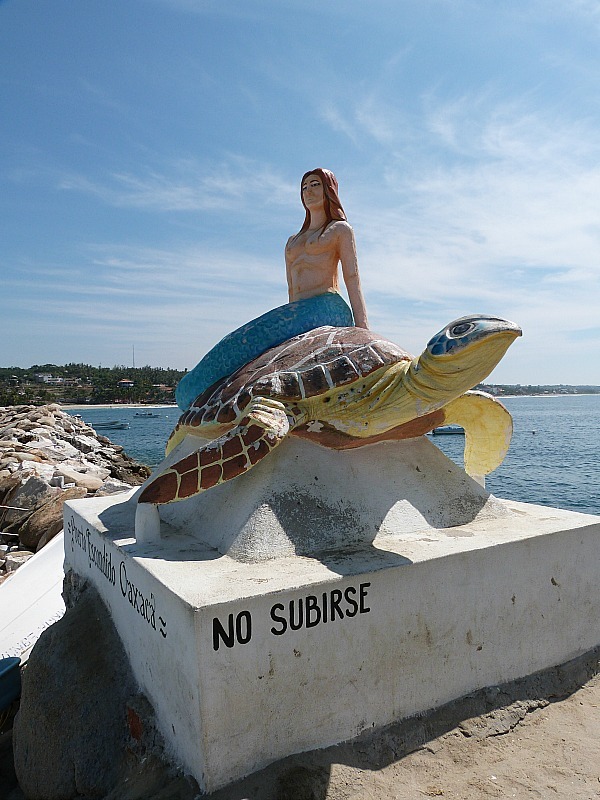 Our second day we walked the path around the rocks west of our hotel and found a gem – Playa Manzanillo. It is a beautiful palm fringed cove with tranquil emerald green water, so clean and clear, powdery golden sand and less people than the other beaches. We spent hours there swimming and relaxing on sun loungers. 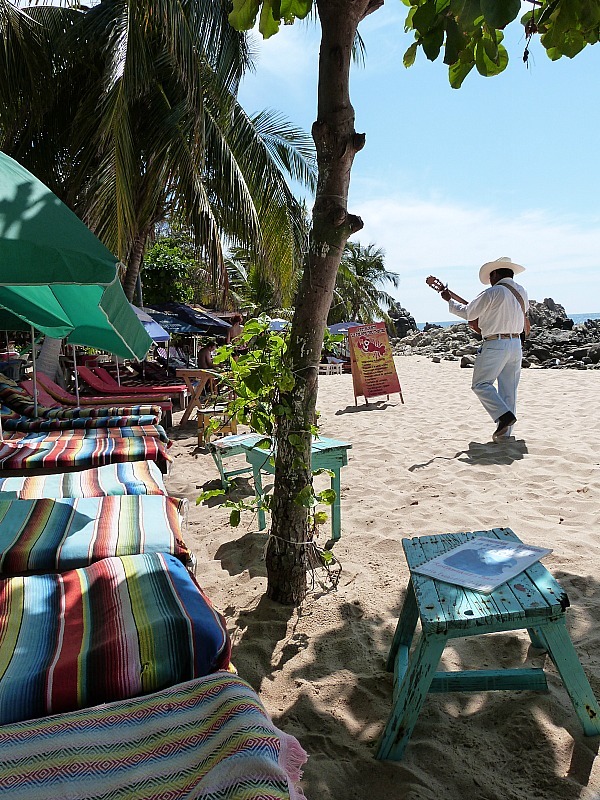 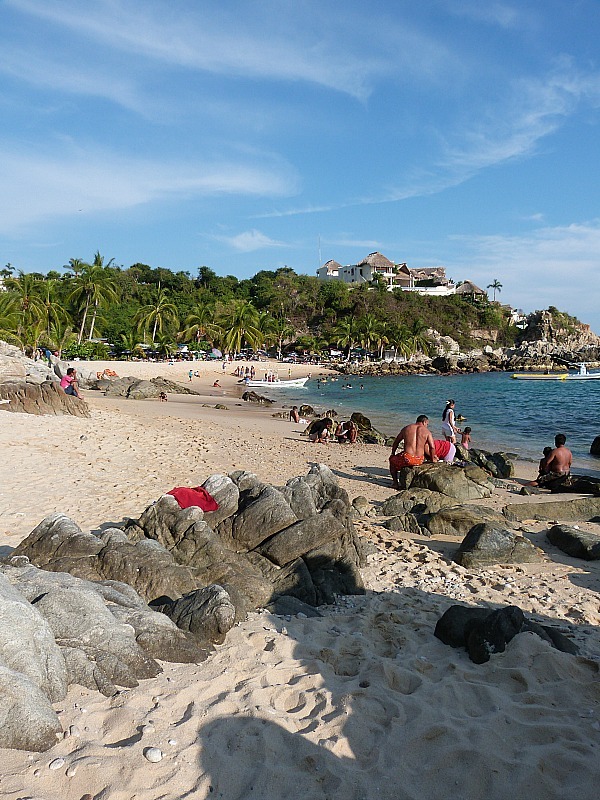 The next day feeling refreshed and ready to see more of the coast we got a collectivo (small van or ute that picks people up along the side of the road) to San Agustinillo, aka PARADISE! 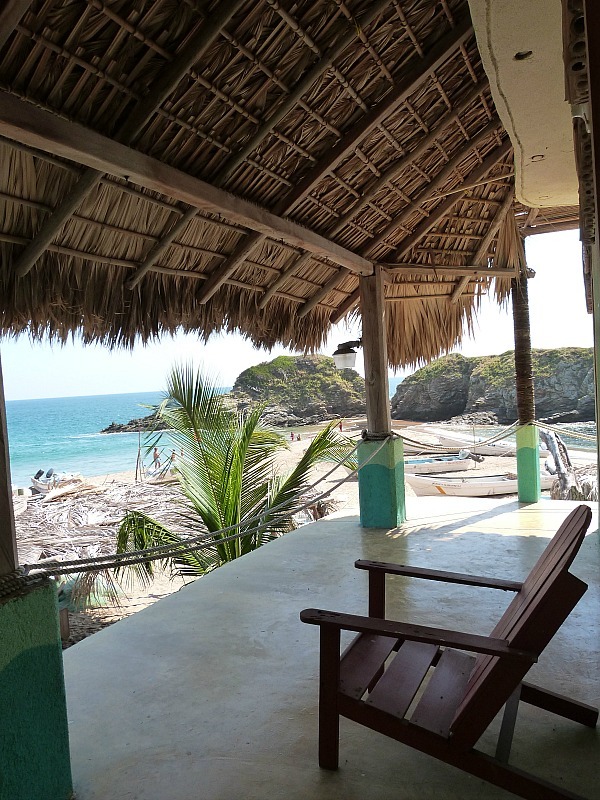 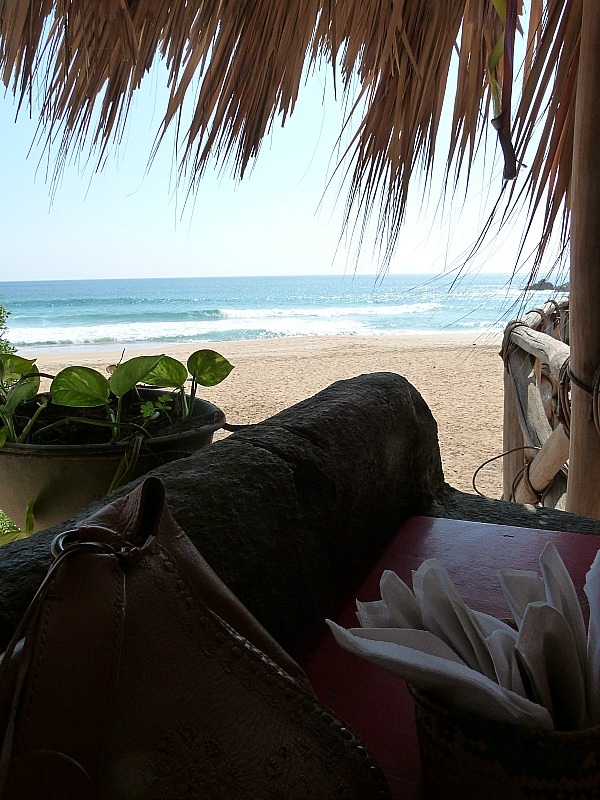 I liked Puerto Escondido but San Agustinillo is something else, a quiet little beach community with a handful of cafes and restaurants along the one road that made up the town.

It felt a lot safer than Puerto and has a beautiful uncrowded beach of golden sand and calm water. On arrival we saw Manta rays playing in the shallows in front of the hotel. 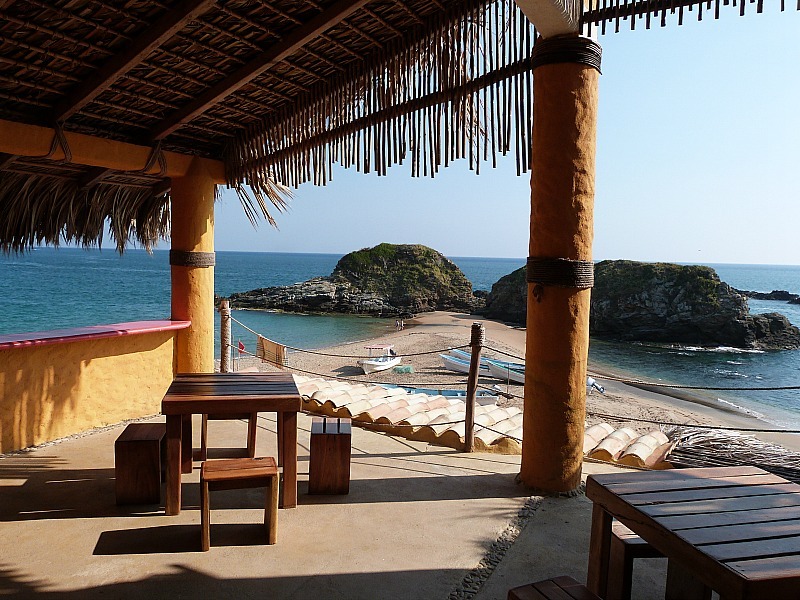 I had my birthday while we were here and had such a peaceful day swimming and relaxing.

We visited the turtle sanctuary at Mazunte and saw some cute little babies that clamber over each other to get to you (or maybe trying to escape) and giant ones swimming around in tanks. 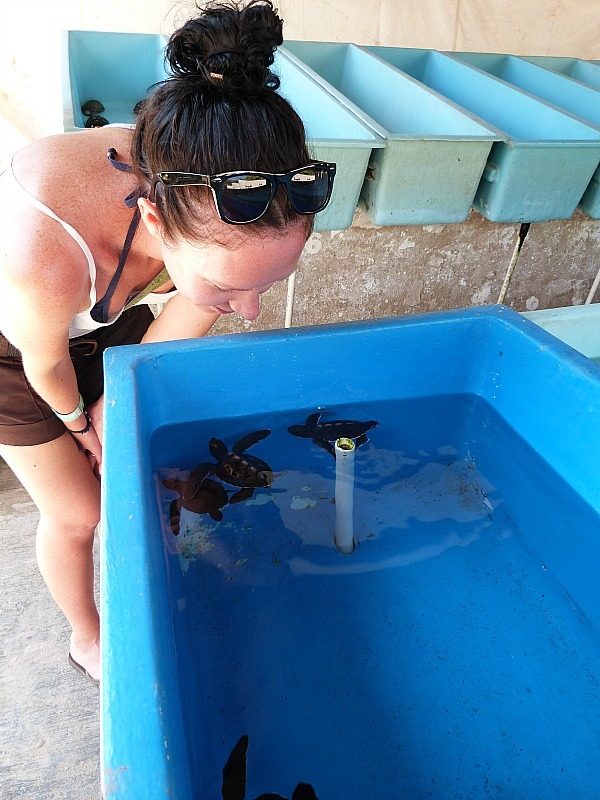 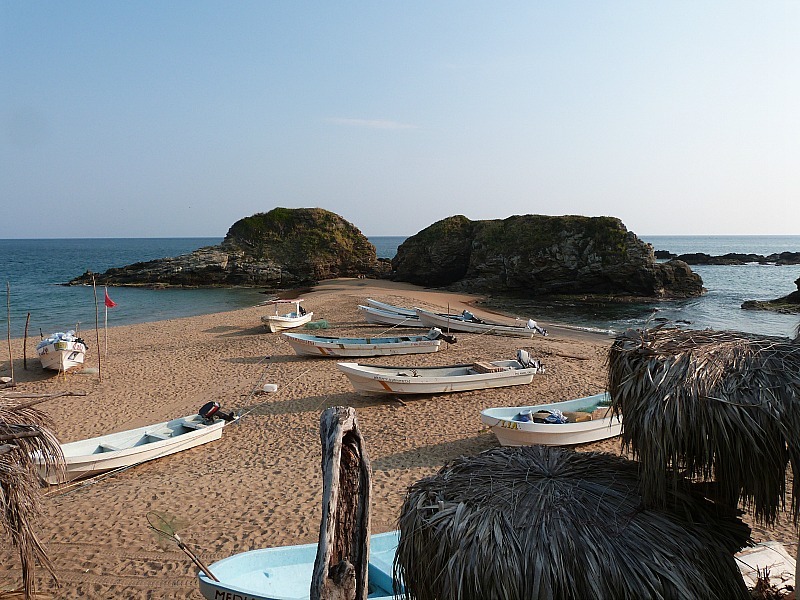 Mazunte has a nice beach but we didn’t like how spread out the town was and it didn’t have the nice community vibe that San Agustinillo did.

We could have stayed in San Agustinillo for weeks but the Jazz Festival in Mazunte that was to begin three days after we arrived bumped up the prices and our lovely hotel was going to be booked out so we decided to stay in nearby Zipolite for a night then move on to Chiapas. 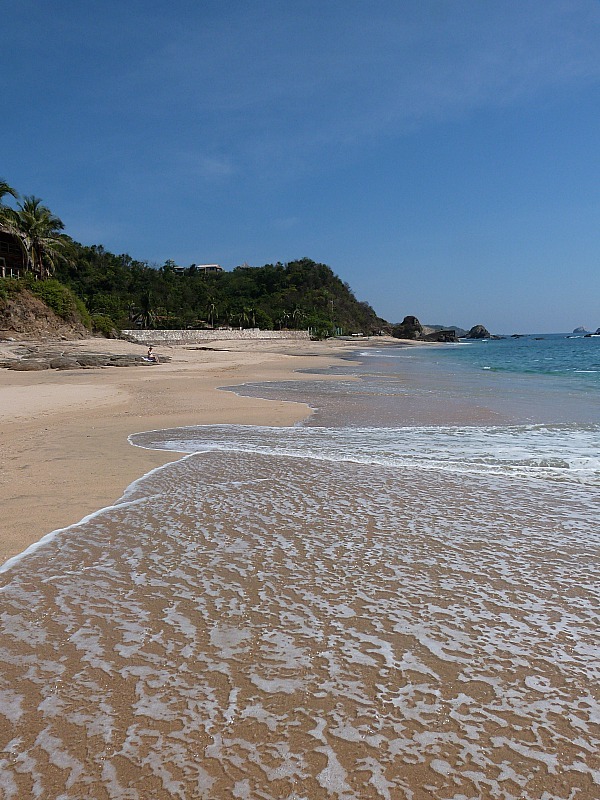 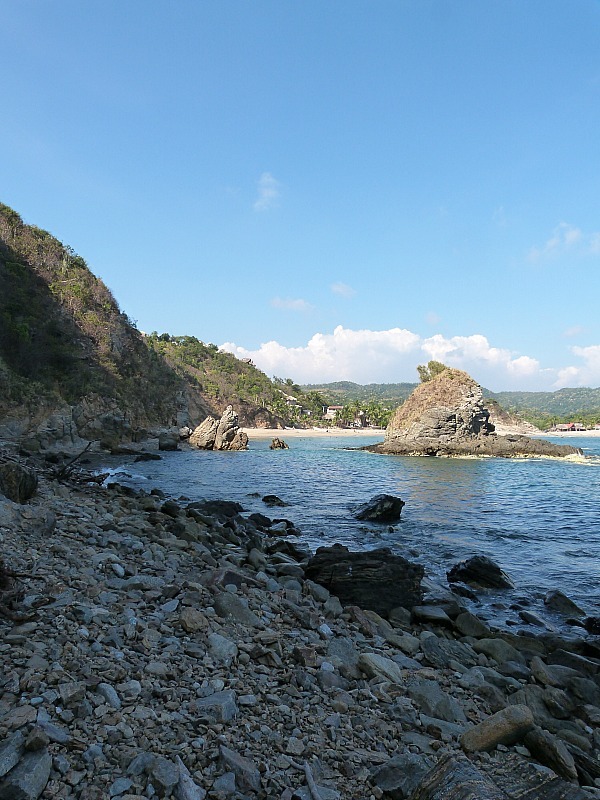 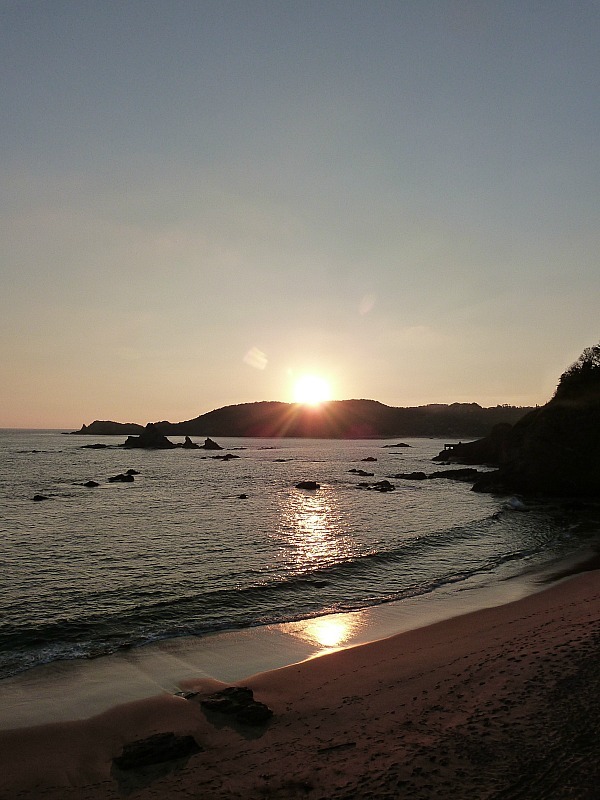 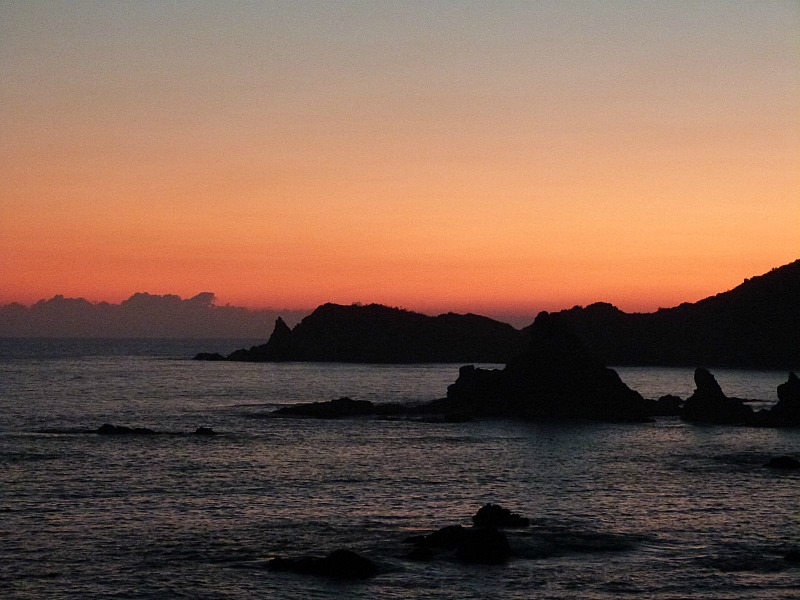 We were unimpressed by Zipolite, you couldn’t really swim at the beach because of dangerous riptides, it is known for thefts on the beach at night and the hippy village we stayed in wasn’t secure and we discovered a man that stunk of alcohol in our dorm looking around our stuff. 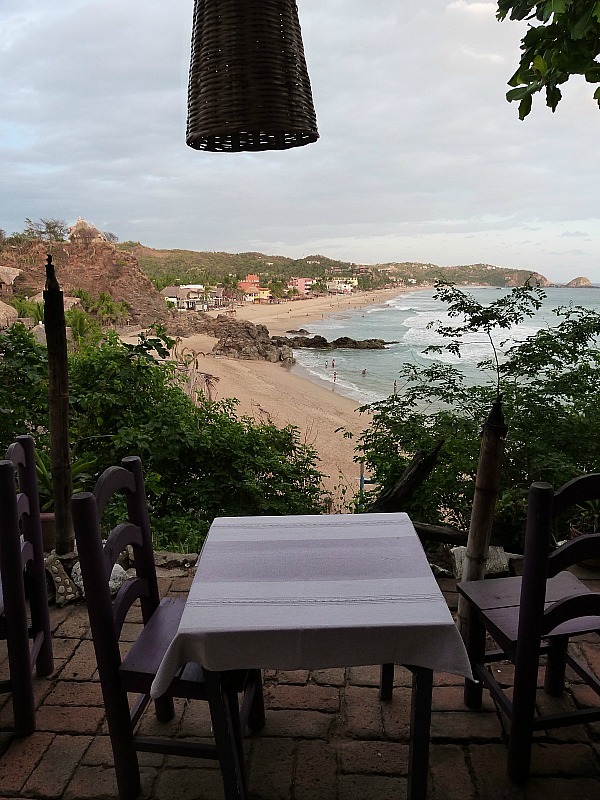 The (only) highlights of Zipolite was watching the spectacular sunrise from our dorm window and the half day boat trip we did where we saw turtles swimming out at sea, followed a pod of dolphins (including a rarely seen baby!) and snorkeled with tropical fish. 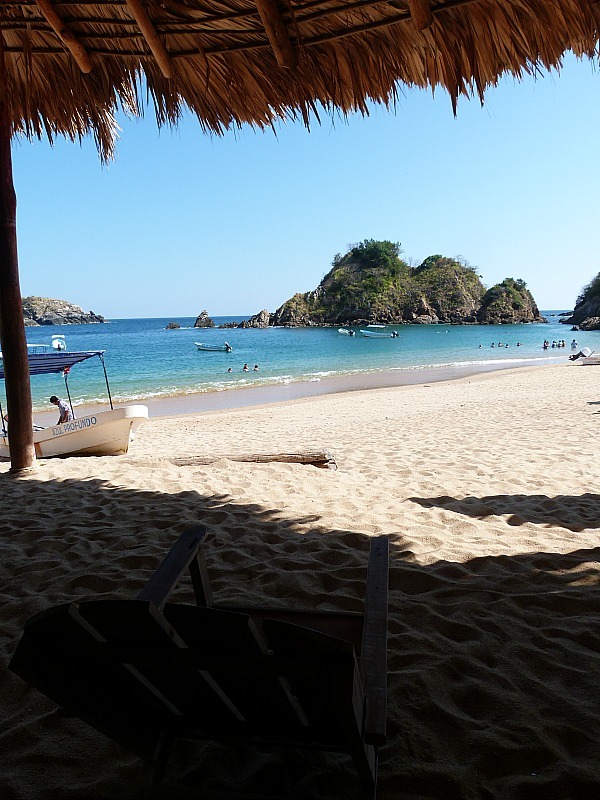 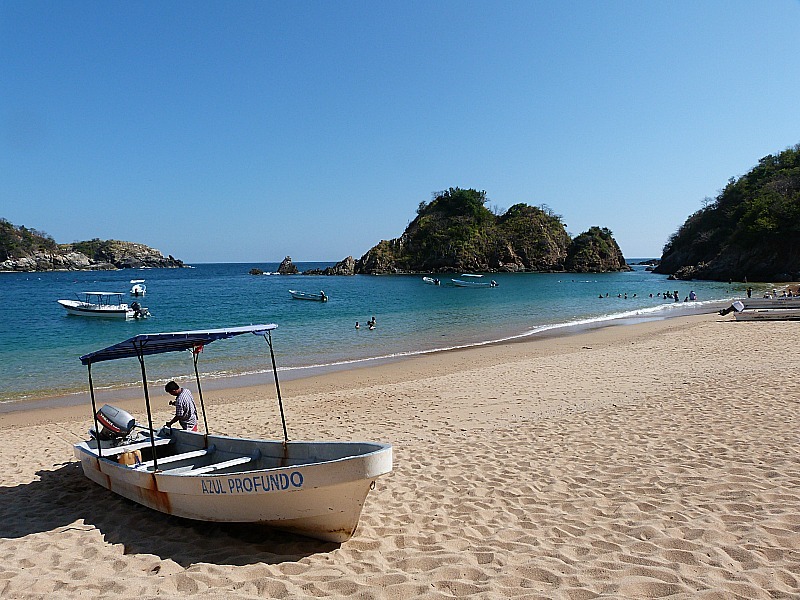 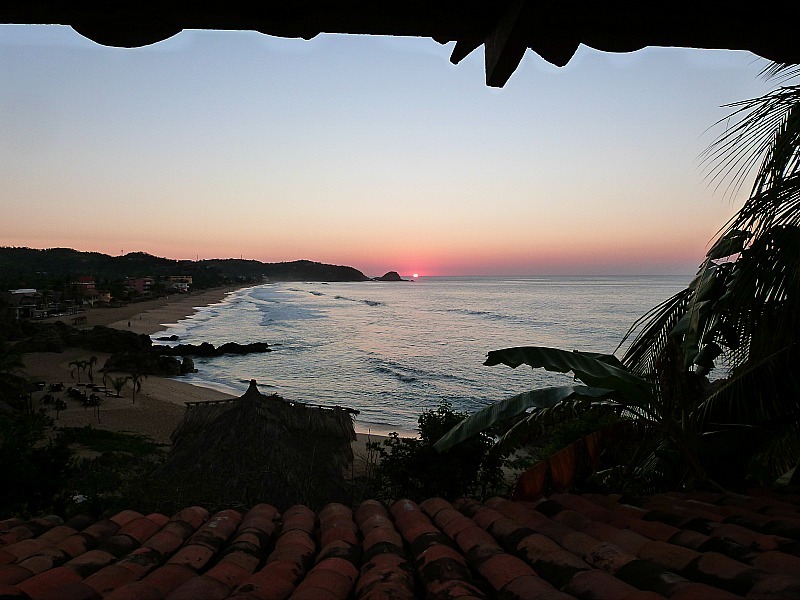 All in all the good outweighed the bad by a lot and we had an excellent week in the under explored and delightfully under-touristed (is that a word?) southern Pacific Coast. 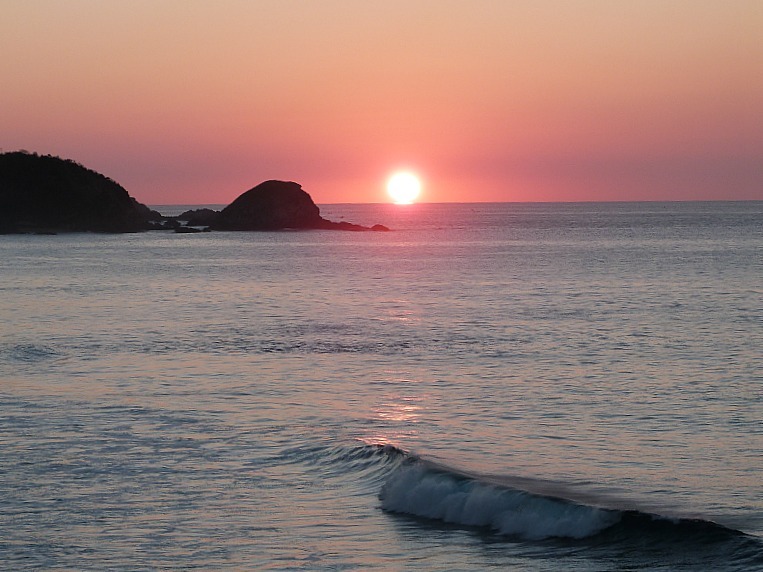