Canada
This post may contain affiliate links. If you make a purchase through an affiliate link, I will earn a commission at no extra cost to you. Thanks for your support. 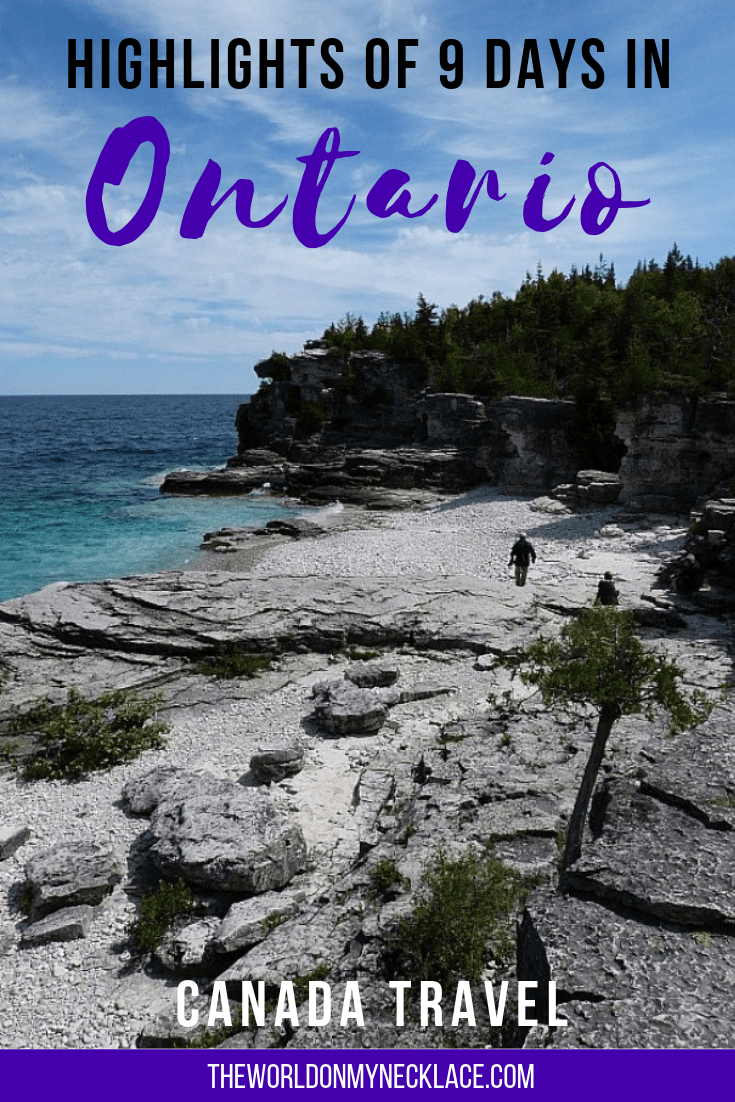 Thanks to the accrual of many air miles, we spent our first two nights in Canada in the Toronto Airport Hilton.

It felt impossibly luxurious and we made the most of it, eating stomach busting portions of the buffet breakfast, eating lots of the free fruit from the lobby, swimming in the pool, watching trashy TV and stocking up on donuts from the local Tim Hortons. It was so unbelievably nice to essentially do nothing.

Feeling more refreshed, we headed into the Toronto to spend 3 days in the city, and for our first couch surfing experience.

We were a bit nervous, not knowing what to expect, but as soon as we met Anna and Roger we knew it would be great. They are both Catalan and have been living in Toronto for about 8 months.

They invited us to meet up with them and their friends that evening to go to live Blues in a beachside park, one of the numerous summer festivals held all over Canada.

We went to Chinatown for lunch and had our first Pho since we had left Boston over 7 months ago – it was so good! Walking further west, we explored the Kensington Market area which has a lot of great places to eat (including an amazing International cheese shop) and vintage clothing stores as well as numerous food stalls.

It reminded me a lot of Camden in London, very chaotic but a fun place to explore and check out the stores. 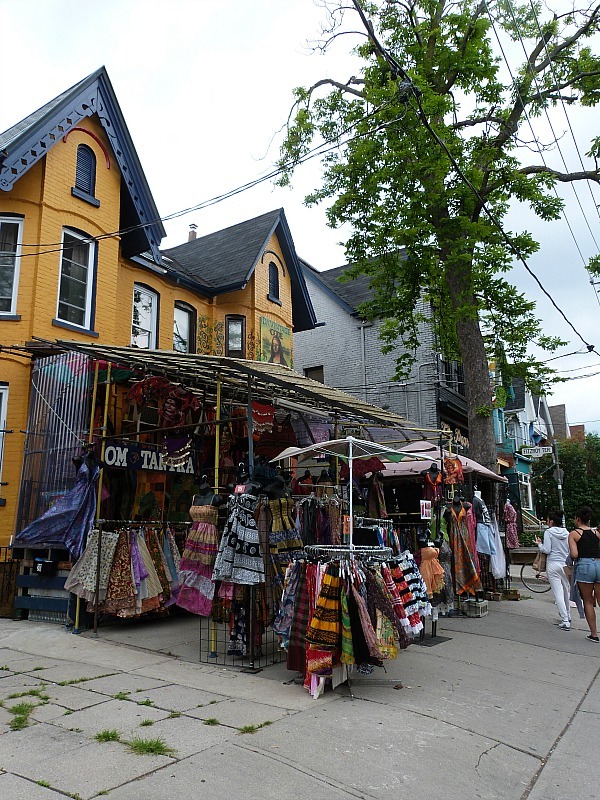 To get to Woodbine Beach Park where we were meeting our hosts, we had to walk through the downtown which was dominated by skyscrapers and even more hectic than Kensington Market.

We caught the trolley (like a tram) and checked out the beach. I found it so incredible that it was a lake and not the ocean, with its white sand beach and waves. 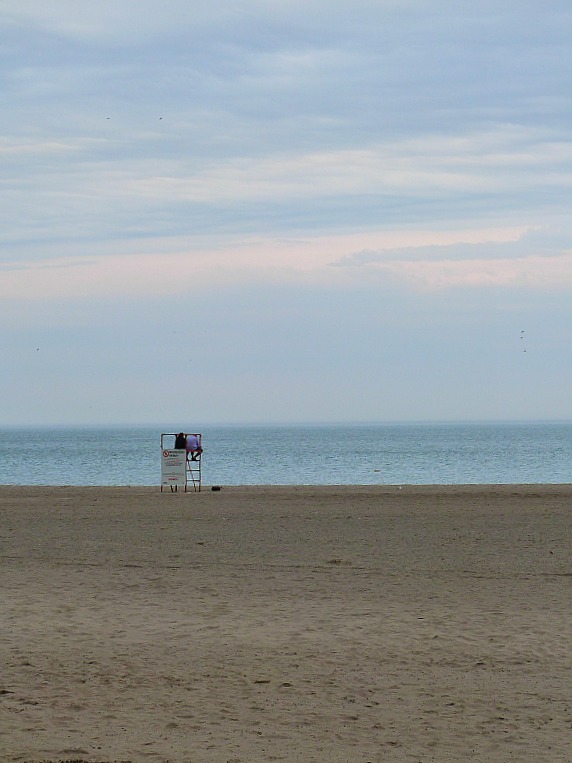 Lake Ontario is the smallest of the great lakes so I can’t begin to fathom the size of the others. As we entered the park the first thing we spied was a Beavertails food truck, we LOVE these sweet treats.

They are basically a large flat donut that you can top with a variety of things, we always go for the original cinnamon and sugar. If you ever visit Canada you have to try one of these!

We had a really nice, albeit soggy, couple of hours listening to some very talented Blues musicians and chatting with Roger, Anna and their lovely friends. 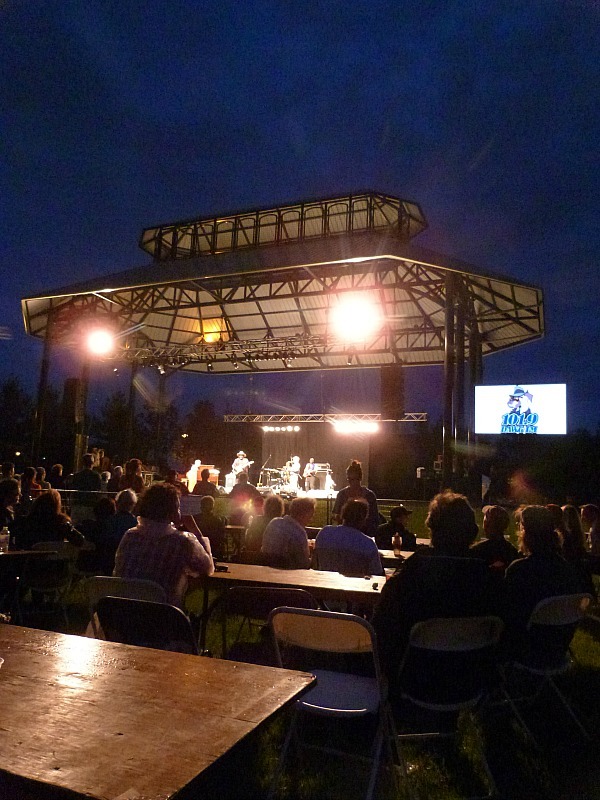 The next day we walked around Toronto for hours, checking out the upmarket Bloor Yorkville district, the harborfront and the Historic District with its beautiful old buildings. I loved the red-bricked beauty of the Distillery District where we escaped a sudden downpour in the cozy Balzac’s Coffee Roasters. 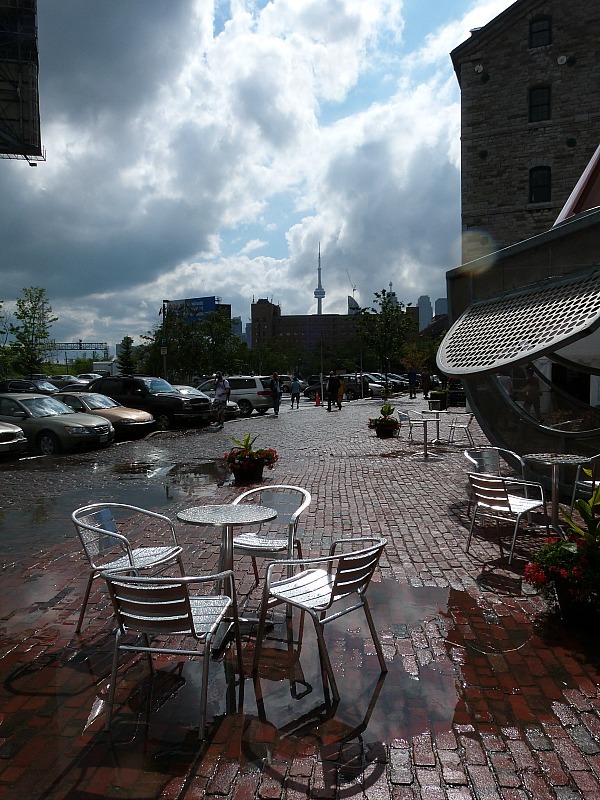 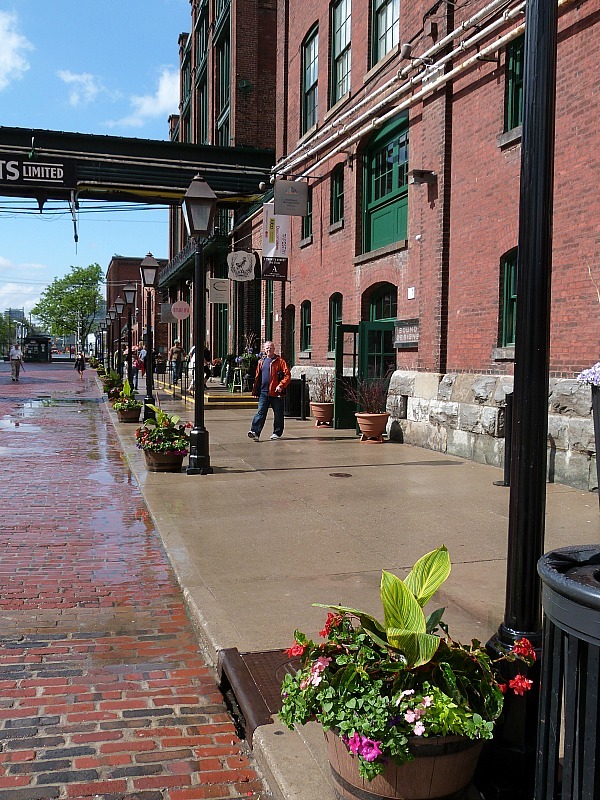 Toronto is a really cool city, feeling like a more chilled out New York. 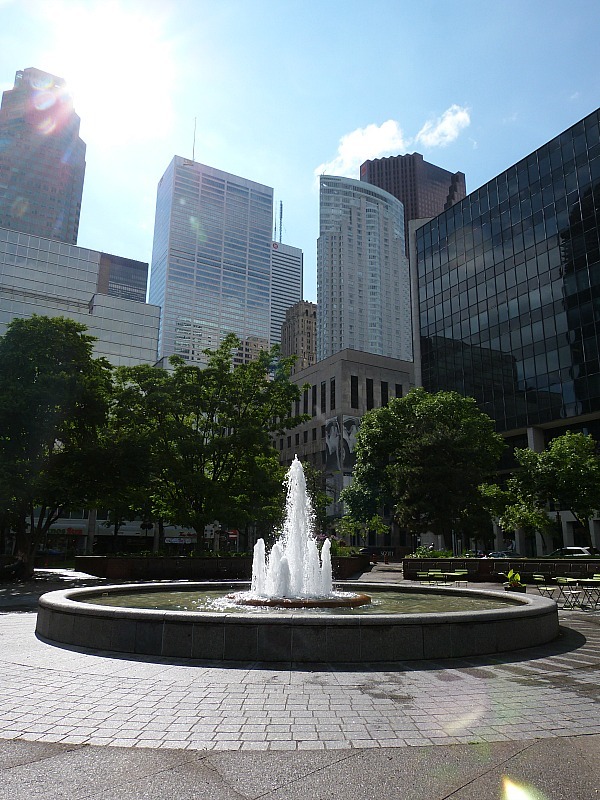 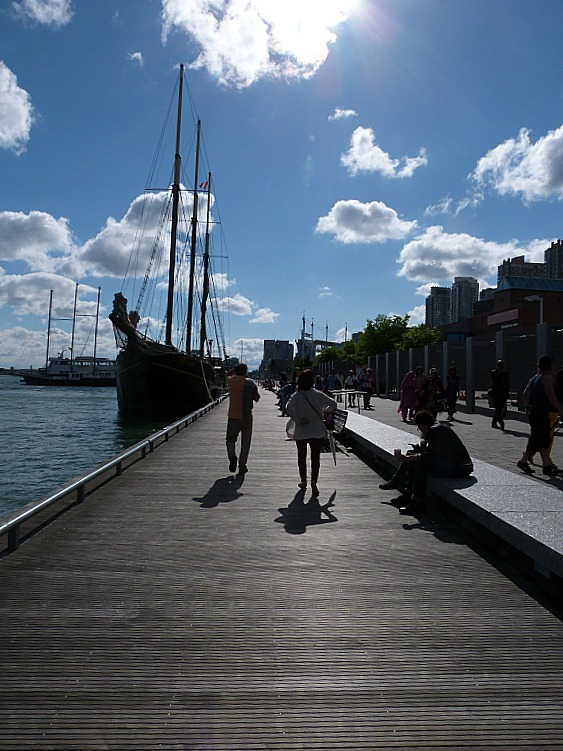 Our last day in Toronto was my favourite, it was a brilliant sunny day so we got the ferry to Centre Island, a short trip from Toronto Harbour. There were great views from the ferry of the Toronto skyline.

The island is so green and beautiful with lots of walking and biking paths leading to Ward Island, connected to Centre Island to the east, and Hanlan’s Point to the west. 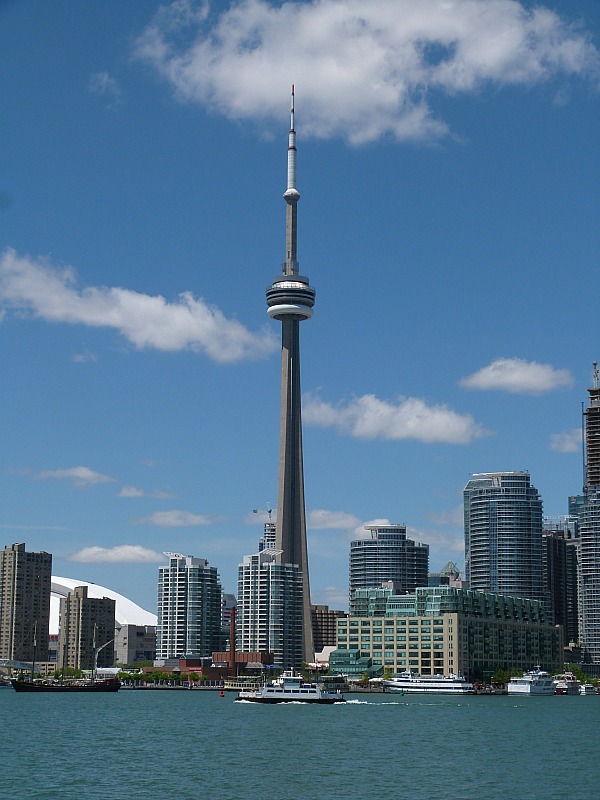 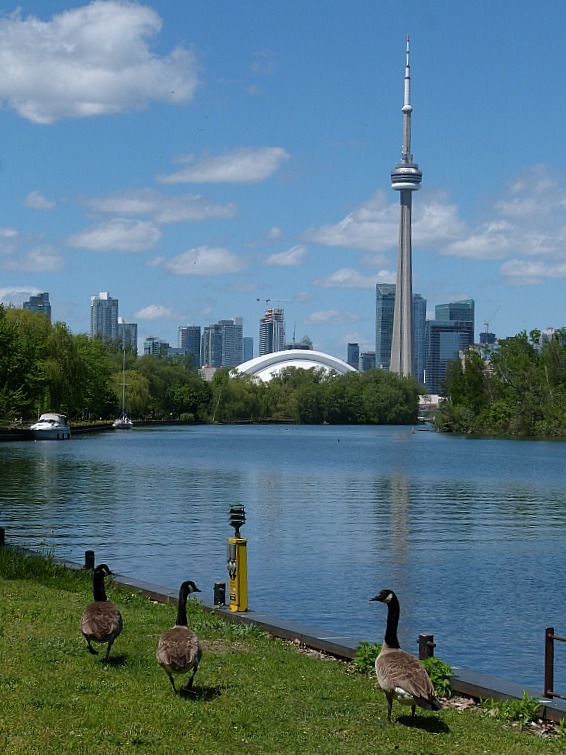 We walked to Hanlan’s Point first and sat on the nudist beach, enjoying the sun, then walked along a boardwalk to Ward Island which is a picturesque little community.

With cute cottages, lake and city views and no roads I can imagine it is an idyllic place to live, in the summer at least. 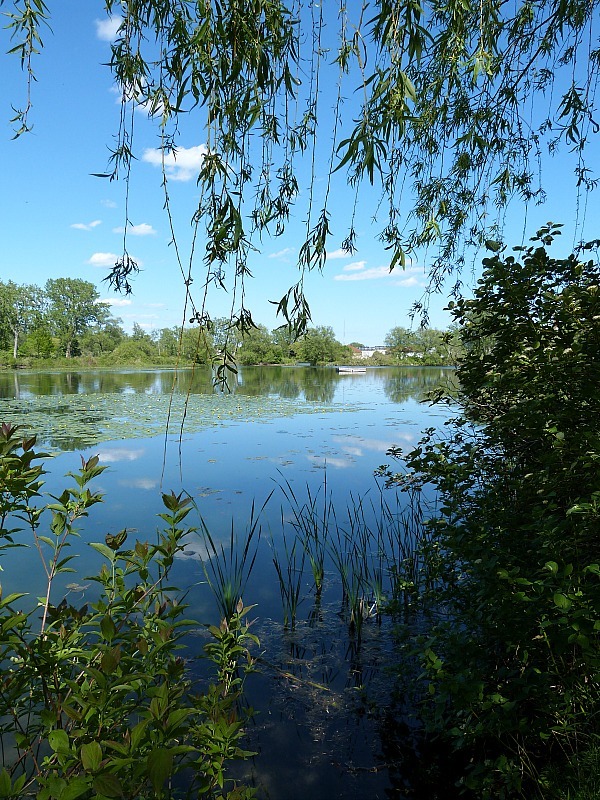 It made me want to live on an island even more. 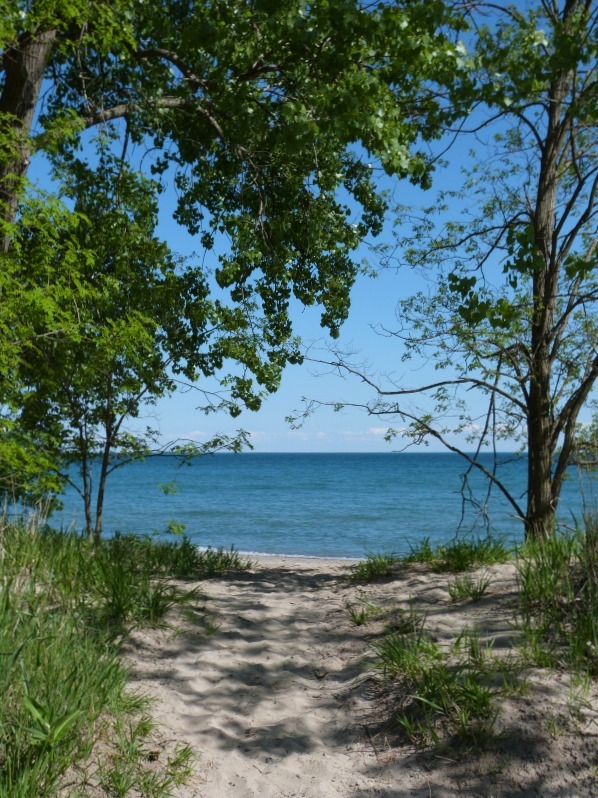 After getting the ferry back to the city, we dropped by Canadian Tire to pick up our camping supplies before meeting Trav’s friend Delvin at the Hotel he had booked for us downtown.

Delvin usually lives in South Africa but has been working in Fort McMurray in Alberta on a one year contract.

He had 4 days off so met us in Toronto to do a short road trip. His work is very generous and pays for his hotels when he has a short break so we were very lucky to be able to stay in nice accommodations for free (free for us anyway).

Once we met up with Delvin, we dropped our stuff then spent the evening in a student bar with very cheap beer and food. It was a fun night but I had the worst hangover in a long time the next day, that’ll teach me to drink cheap beer!

We picked up the car the next day after breakfast at a Canadian Institution, Cora’s. We were introduced to Cora’s when we were in Calgary a couple of years ago and the breakfasts there are really good.

It was quite the mission to get to the airport to pick up our car with all of our stuff but we finally made it and set off for Niagara Falls.

They were just as stunning as I remembered them, so much power and lots of rainbows. The boys did the Maid of the Mist boat tour that goes right up to the falls. I didn’t join them as I had already done it on a previous trip a few years ago. 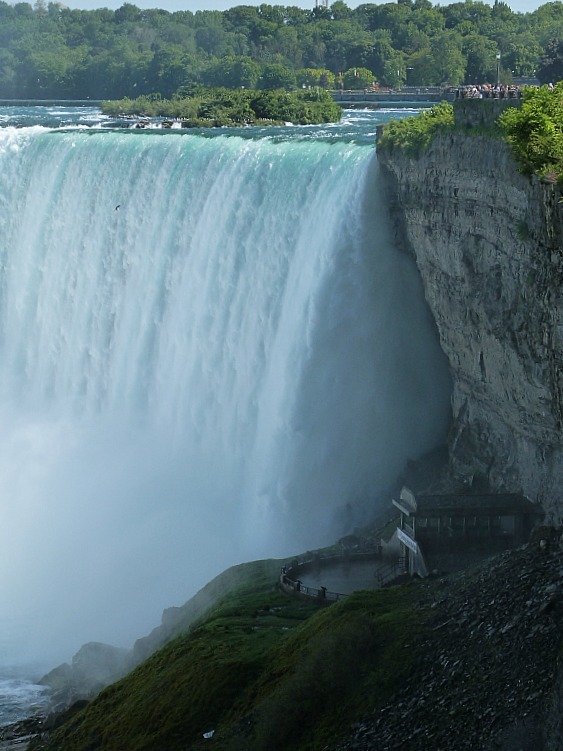 We walked along the pathway connecting the two falls then continued our road trip, driving past vineyards to beautiful 19th Century Niagara on the Lake. After checking into our Motel, we hired bikes and biked along the stunning Niagara Parkway with the river on one side and vineyards and grand estates on the other. 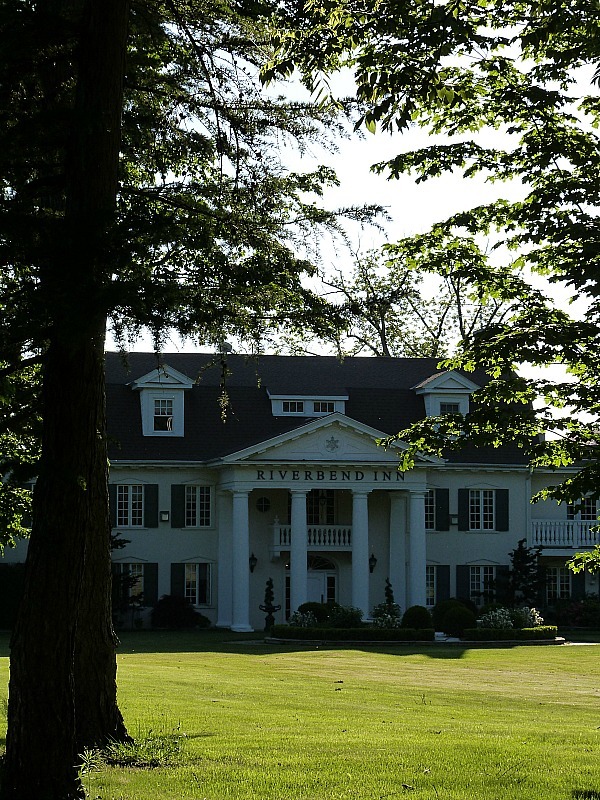 When Winston Churchill drove the parkway in 1944, he said it was ‘the prettiest Sunday drive in the world’ and I can certainly see why. Unfortunately because it was early evening, the wineries were closed but we really enjoyed the bike ride.

We rode through the historic downtown and stopped for a drink in the local Irish Pub before dropping off the bikes.

This area is exceptionally beautiful and I could spend weeks exploring more but we had a tight schedule so left the next day for the Bruce Peninsula.

The Bruce juts out between Lake Huron and Georgian Bay and is home to the gorgeous Bruce Peninsula National Park. On the drive up to Tobermory, we saw a lot of Mennonite communities and passed a few horse and buggies.

The strict Mennonites are similar to the Amish with the women wearing full skirts and little bonnets and the men wear old fashioned overalls and hats.

Tobermory is a beautiful little coastal town with a quaint little harbour. Delvin rented us a beautiful three bedroom cottage by the water for two nights, it was heaven! We had a BBQ the first night and watched a spectacular pink and purple sunset over the lake. 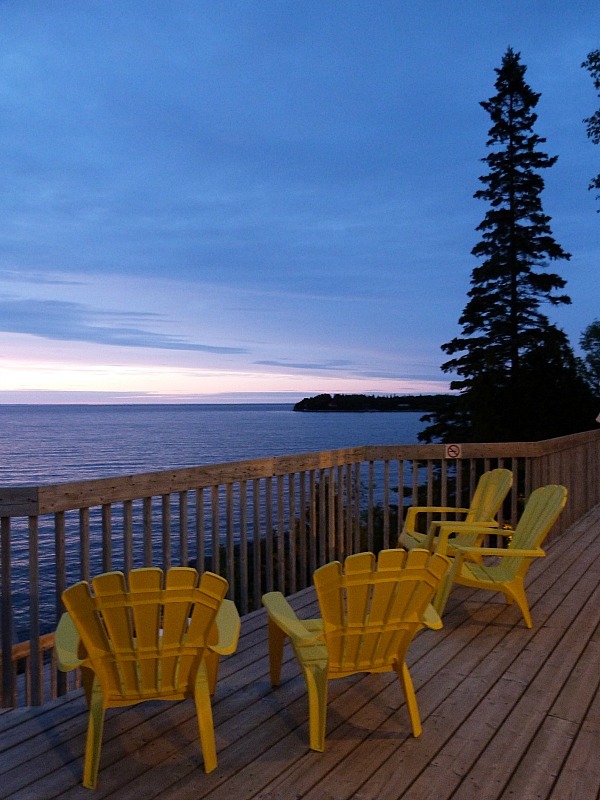 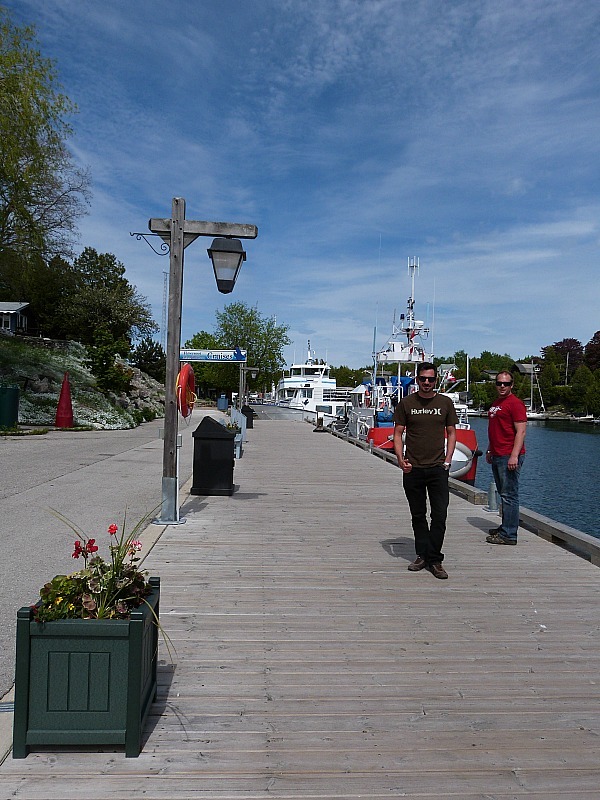 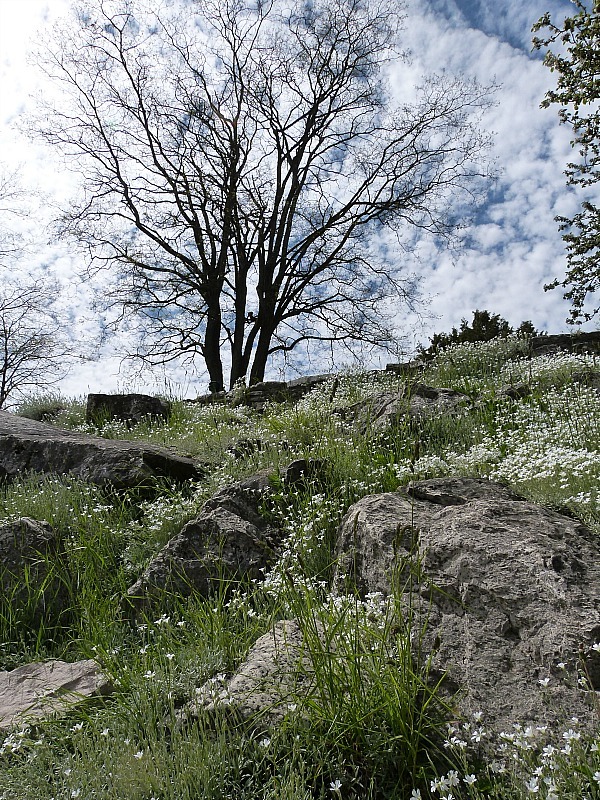 We explored the National Park the next day, doing a couple of short hikes to Singing Sands on Lake Huron and the grotto on Georgian Bay. The water is so different on the eastern and western side of the peninsula.

The grotto and coastline around there is remarkably clear, and because of the white rocky beaches, it looks like a swimming pool. I never imagined the Great Lakes to have a shoreline like that! It’s a shame it wasn’t hot enough to swim.

The Lake Huron side was a very different shade of blue, a lot darker, and the water was murkier although it was still beautiful. 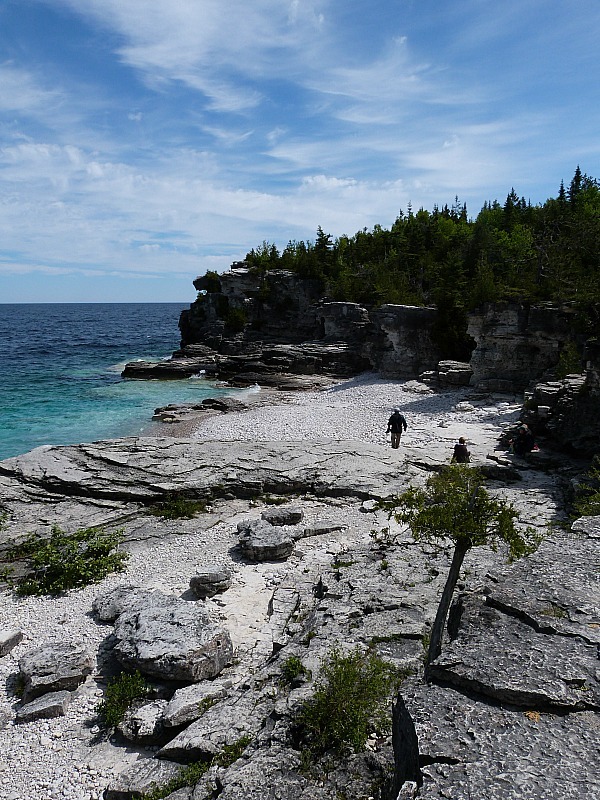 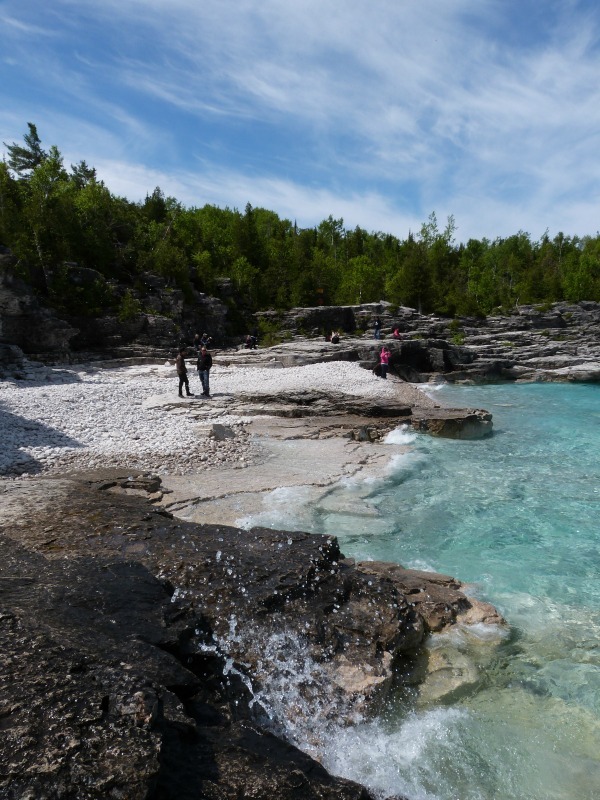 We saw a couple of snakes, a giant owl and a rabbit while in the park as well as some beautiful wildflowers including orchids that are unique to the area. 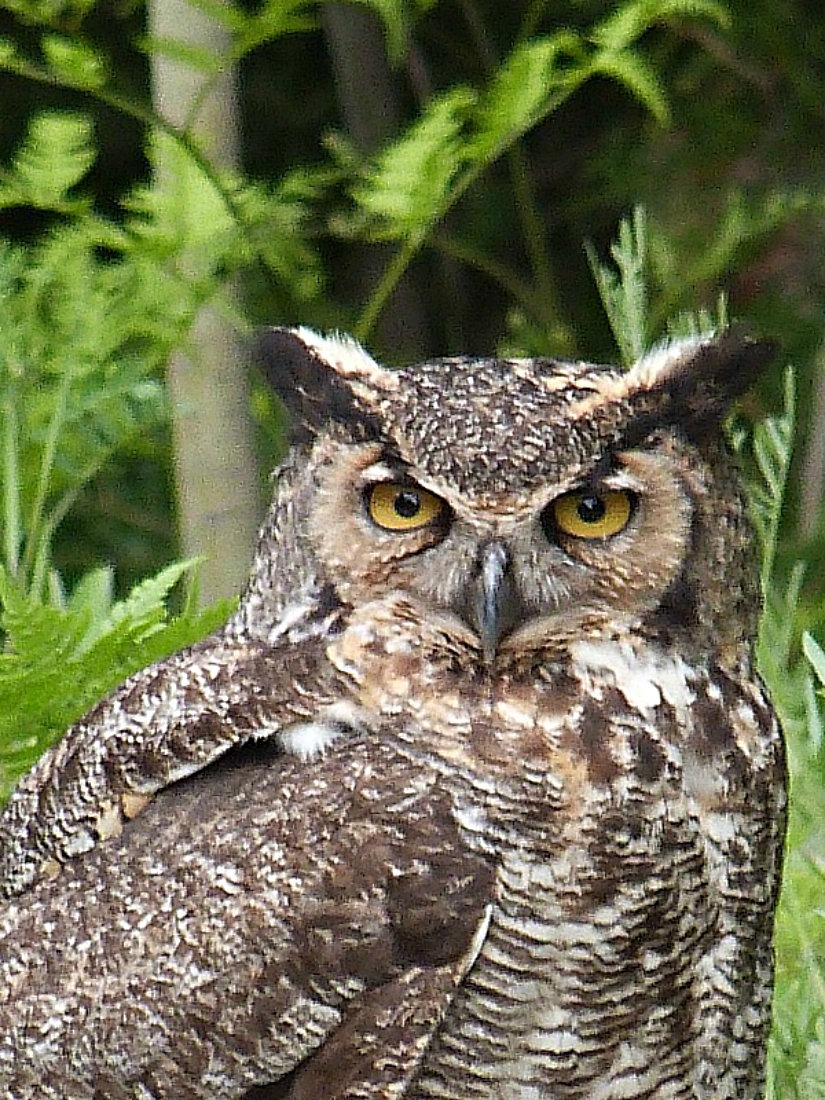 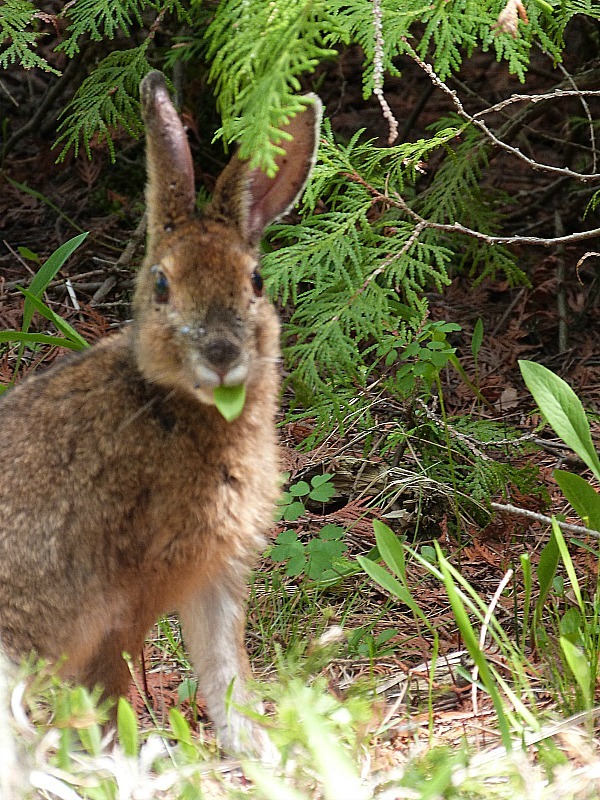 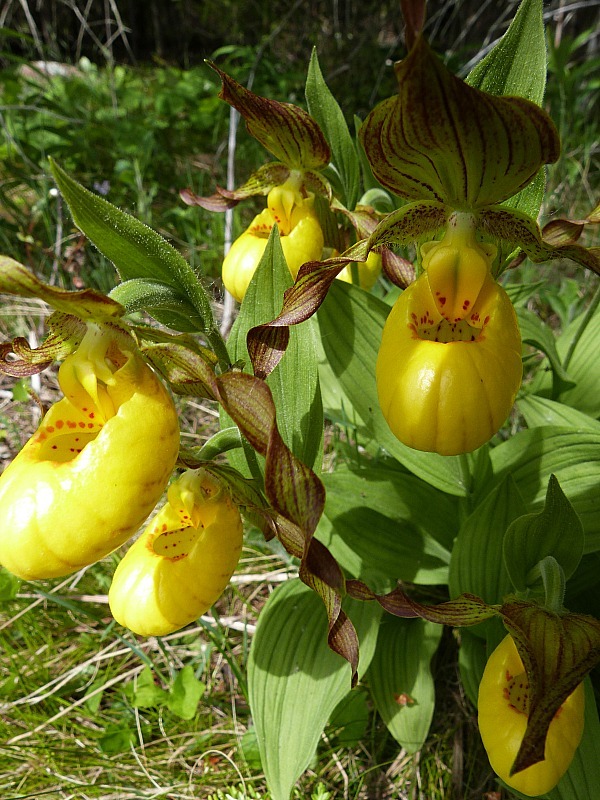 Delicious fish and chips from a food truck on the highway for lunch then I walked to Big Tub Harbour Lighthouse for quintessential lighthouse pics. 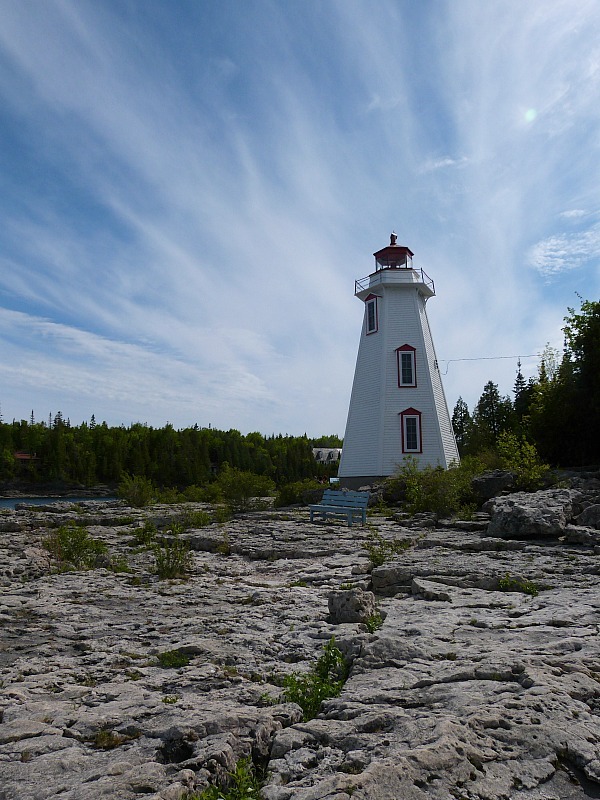 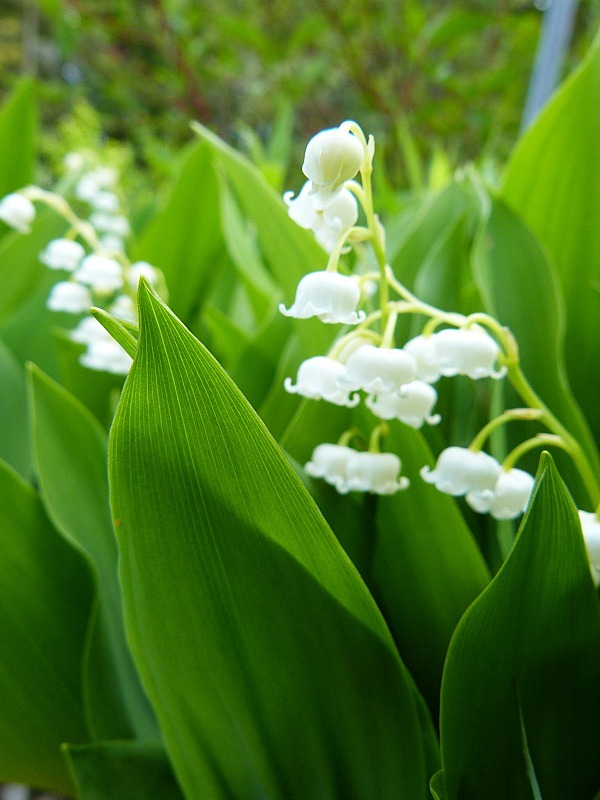 Another night, another yummy BBQ thanks to Delvin and Trav.

It was hard to leave the little slice of paradise that is the Bruce Peninsula, but Delvin had to go back to work and we had a couch surf booked for Ottawa so we spent a long day travelling. I don’t mind a travel day, I always find it exciting because we are on the way to a new place to explore.

Ottawa was really nice, we stayed with a lovely older couple, Dara and Andrea, who welcomed us into their home.

There are lots of fun and free things to do in Ottawa. We visited the very interesting Currency Museum, did a tour of Parliament and checked out the series of locks that connect the Rideau Canal and the Ottawa river.

We had lunch at the very cool ByWard Market which is a vibrant building filled with delicious food outlets and souvenir shops and surrounded by other food and produce stalls. 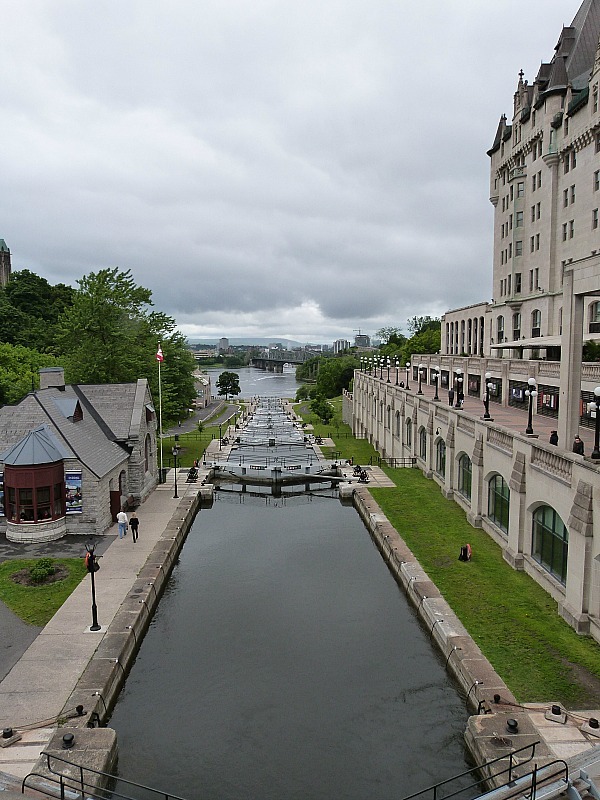 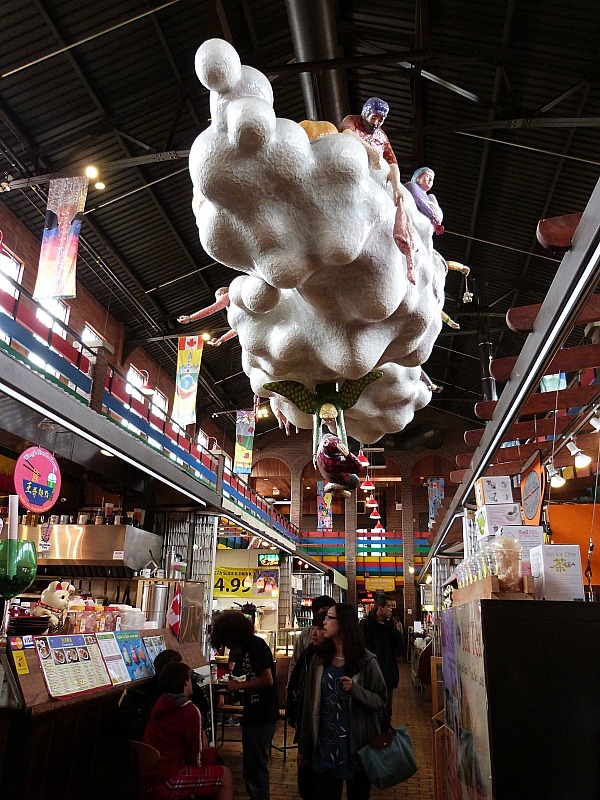 The ByWard Market area seems to be the beating heart of Ottawa and a lovely place for a walk. There are so many green spaces in Ottawa which adds to its beauty along with the grand architecture. 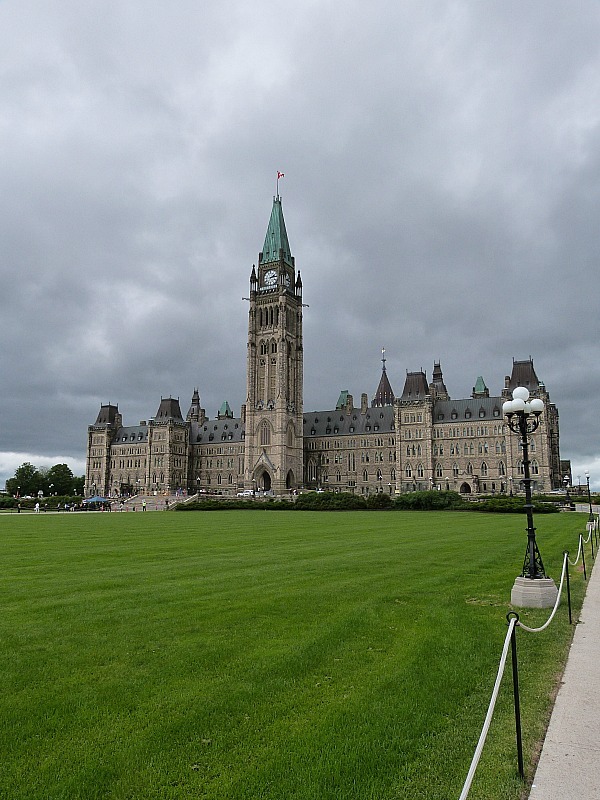 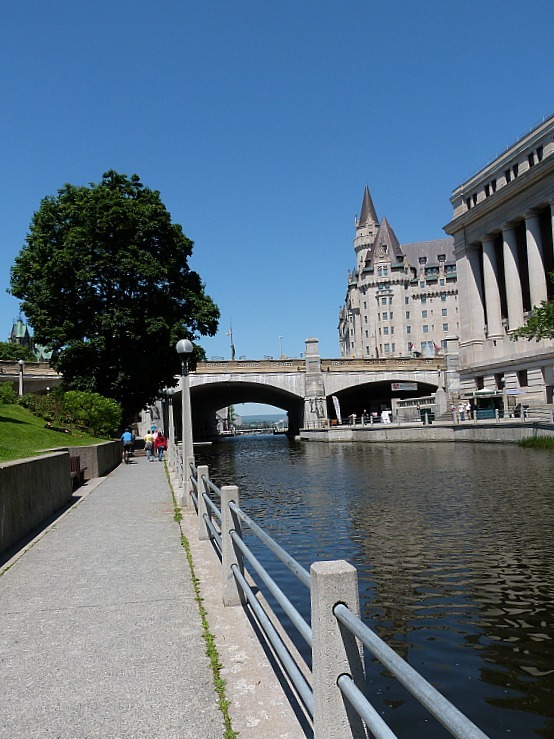 Our bus to Montreal was at 2pm the next day which gave us just enough time to walk along the canal from Dows Lake to Parliament Hill, joining the throngs of cyclists, joggers and bladers on a bright sunny Sunday.

The famous Canadian Hospitality presented itself when a lady saw us walking to the bus stop with all of our bags and stopped and asked us if we wanted a lift.

She said she had been travelling in Washington the week before and got lost so she knows what it’s like to be travelling in a foreign place and just wanted to help us out. So nice! 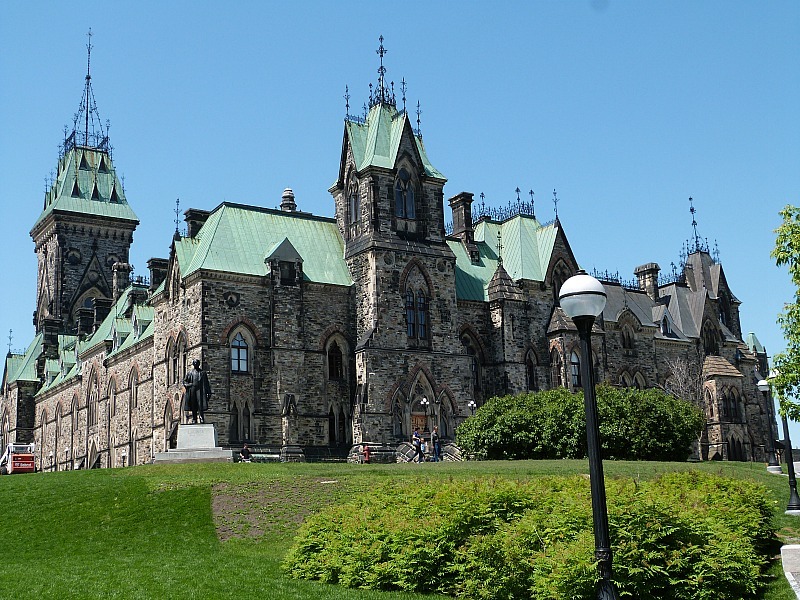 We only had a short time in Ontario on this trip so I have now got a big list of must dos for next time.

It was a great introduction to the Canadian East and to couch surfing.

Budget wise we are completely on track with our budget travels across Canada, with an average spend for our time in Ontario only $40 per day!